Doc Holliday is one of the most well known figures of the gunslinging age of westerns there is, but what if Tombstone wasn’t a town in the Wild West? What if Tombstone was a modern day city? Who would Holliday be then? These questions are exactly what Nate Bowden and Doug Dabbs have set out to answer with their original graphic novel Holliday. The two took time out of their schedules to talk Holliday and what readers can expect from the book. 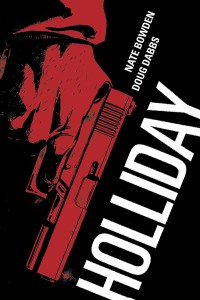 Aaron Long: Let’s start at the beginning… how did the Holliday graphic novel come to be?

Nate Bowden: Well I guess it depends on how far back you want to go… I’ve been intrigued with stories of the old west for years. Once I had the legend I wanted to re-tell, I took it to James [Lucas Jones] through a mutual contact, Sophie Campbell (Wet Moon, Shadow Eyes), and he brought Doug on board and teamed us with Jill [Beaton]. Once Doug had done some sample pages, I was sold and we were off and running.

Doug Dabbs: James Lucas Jones over at Oni Press contacted me to see if I was interested in a modern retelling of Doc Holliday.  I love Westerns, let alone the story of the shoot-out at the OK Corral, so naturally, the story sounded very intriguing.  Then Nate and I met over e-mail and started talking about the overall story, which built my interest further.  That’s it – I just really wanted to do this story.  Luckily, Oni believed in me and gave me the opportunity.

AL: Doc Holliday is a well known gunslinger of the Wild West, how would you describe this version of Holliday?

NB: He’s something of a train wreck, really. He’s callous, arrogant and completely self destructive. He’s fiercely loyal, because he figures, right or wrong, his friends are the only thing he’s really got going for him.

Doc is built from bits and pieces of the Holliday we’ve seen theatrically and what I know from research into the true historical figure. A man that most certainly sees the world in shades of gray.

DD: I would say his personality is true to the actual historical Doc Holliday.  He’s still his charming, cocky, well put together self.  There are definitely some changes made, but that was for the sake of the story.  The story is set in a modern Tombstone, so naturally there had to be a few things that changed from the late 1800’s to the present day.  With the writing, it’s exciting that you can read Holliday and have a clear understanding on who Doc Holliday was a person.  His appearance and location look a bit different, but as a person, you know who Doc is. 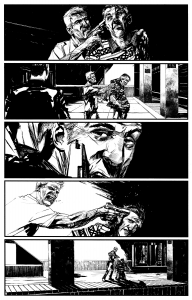 AL: I’ve read that Holliday is set in a modernized Tombstone. What factors led you to tell the story in a modern-day setting?

NB: I had just finished my second volume of Riding Shotgun for Tokyopop, which I already considered a modern day western. I wondered what it would be like to take that a step further. To actually reach into history and pull out characters with name recognition. If those same people were alive today, who would they be? They grew to legends living in the 1880’s- how would they greet the  21st century?

DD: From the artistic side, I think it was important to show the reader that these characters were actual people dealing with problems that are still relevant today.  One of the things people tend to do with such amazing historical events is to dismiss them as exaggerated or they don’t comprehend the realness of the characters.  By placing the characters in a modern setting, you force them to interact with other characters and environments, and they perform actions in an expected manner.  When they do this throughout the story and then the amazing historical event takes place, the reader has a greater appreciation of history because they realize how easily the story could fit into modern society. 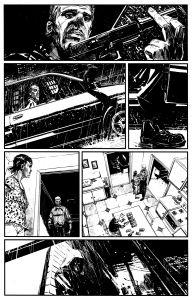 As the artist of the book, I wanted to compliment the modernization as well as I could.  I didn’t want to overemphasize anything for the sake of “being cool.”  I didn’t want to over-act the expressions, actions, or camera angles.  When you start to do that, the story starts to take a backseat to the over-dramatization.  Instead, I wanted to tell a very clear story that set a strong mood and emphasized the writing.  Hopefully, this helped establish a sense of realism to the story.  Don’t get me wrong, I think there are some really exciting, tense, and funny visual moments in the story, but it’s the build up that makes the experience worthwhile.

AL: Was it difficult writing a, for lack of a better term, modernized western? These characters are associated so strongly with an older period, was it difficult to break them out of those molds?

NB: It was actually terrifyingly easy. What shocked me as I continued to build this world was how obvious everyone’s roles would be. I followed the script of history more closely than I’ve seen done anywhere else, even pulling actual dialogue at times, and that untamed era fell seamlessly into modern, urban America. This isn’t a story that could only happen in the wild west. As it turns out all we’ve done is traded stage coaches for limousines.

AL: Any final words for Comicosity’s readers about Holliday?

NB: I would like to thank those who decide to pick up the book. Holliday should not be approached with preconceptions about genre, because it reads very urban crime but history buffs could really get a kick out of seeing where we connected the dots.

DD: This is a book I think people who are a fans of Westerns, crime, or historical events would love.  I had blast creating the artwork for the book, and I hope anyone who reads it enjoys it as well.  I think it’s a story people will want to read over and over. 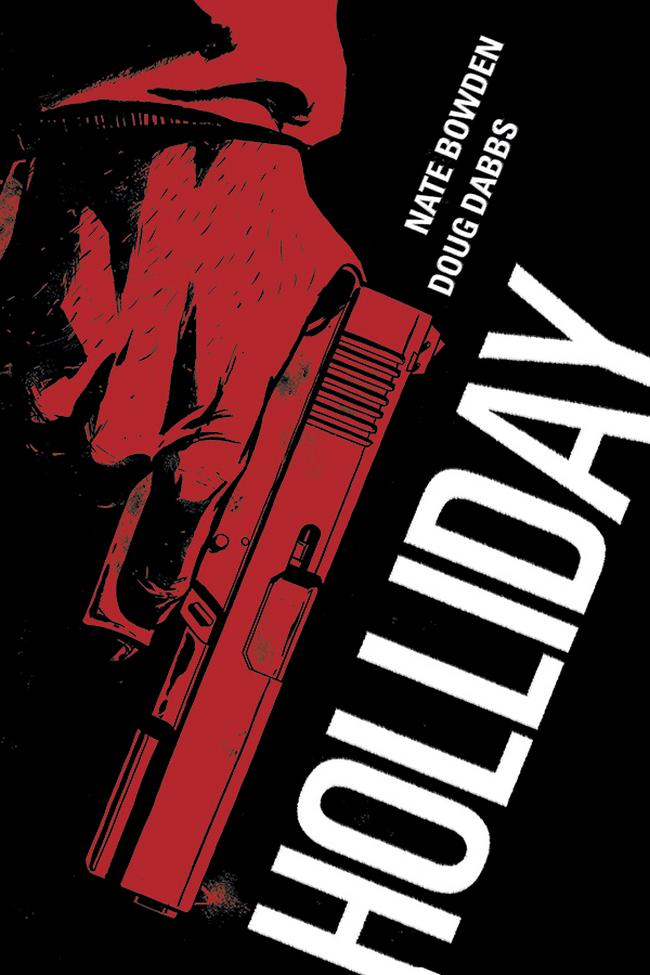