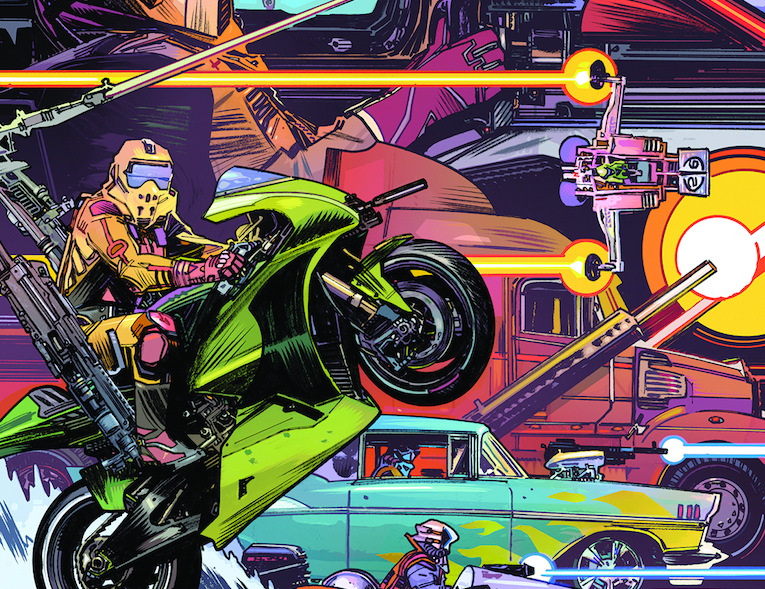 Mobile Armored Strike Kommand is back, baby! Blasting forth from Revolution, M.A.S.K. is joining the Hasbro-verse titles at IDW Publishing under the command of Brandon Easton and Tony Vargas. Easton was kind enough to give Comicosity the scoop on what M.A.S.K. looks like in 2016, and what Matt Trakker is going to be up against with this version of V.E.N.O.M.

Aaron Long: What drew you both to this project? What are your favourite aspects of building up Matt Trakker and his world? 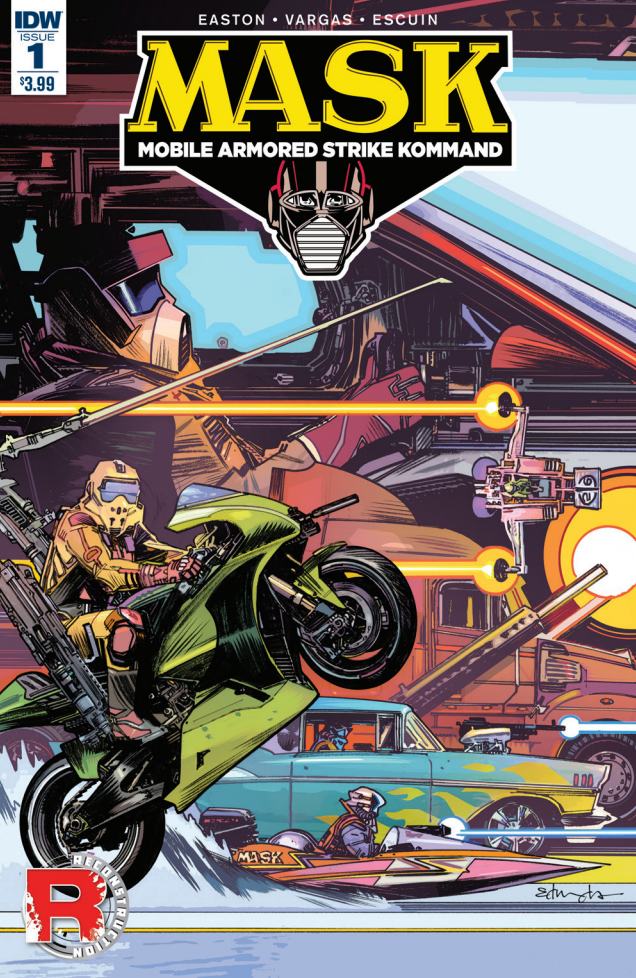 Brandon Easton: After writing TRANSFORMERS: DEVIATIONS, I was invited by IDW editorial to pitch ideas for the M.A.S.K. reboot and I jumped at the chance. It’s been a unique, but fantastic, challenge to build up this new iteration of Matt Trakker and the world of M.A.S.K. I truly enjoy giving these characters individual backstories that inform their current personalities and decision-making so that they become more than two-dimensional stereotypes. That’s the reason we don’t have a massive cast from the start – I want the audience to get to know these characters so that they care about what happens next. That’s been the best part of putting together this series.

AL: How does M.A.S.K. fit into the larger universe created by Revolution? Will readers be seeing M.A.S.K. interacting with other franchises in the arc, or primarily on its own?

BE:  In the early issues, M.A.S.K. will be on the run as they seek to figure out what Miles Mayhem is really up to in the post-Revolution world. As we move through the first arc, you will see the team figure out their place in the world as many exterior forces attempt to stop or manipulate M.A.S.K. The best way to think about how M.A.S.K. will connect to other Hasbro franchises is to imagine other mainstream superhero comic universes; there will be some crossover of events and mentioning of situations, but I’m keeping them separated from the other titles for the first year at least. M.A.S.K. definitely needs to stand on their own for a while so that readers can become properly acquainted.

AL: What aspects of M.A.S.K. do you feel set the franchise apart from G.I. Joe, Micronauts, etc. from the larger Hasbro Universe?

BE: I consider M.A.S.K. a synthesis of all comic book action-adventure tropes: it is simultaneously a high-tech thriller, a superhero story and a military-war tale. You have an interesting balance of team-dynamics that you don’t see in any comic books across the marketplace. There will be some very cool and new action scenes that I’ve never created before and I am anxious to see how the fans react to it all. 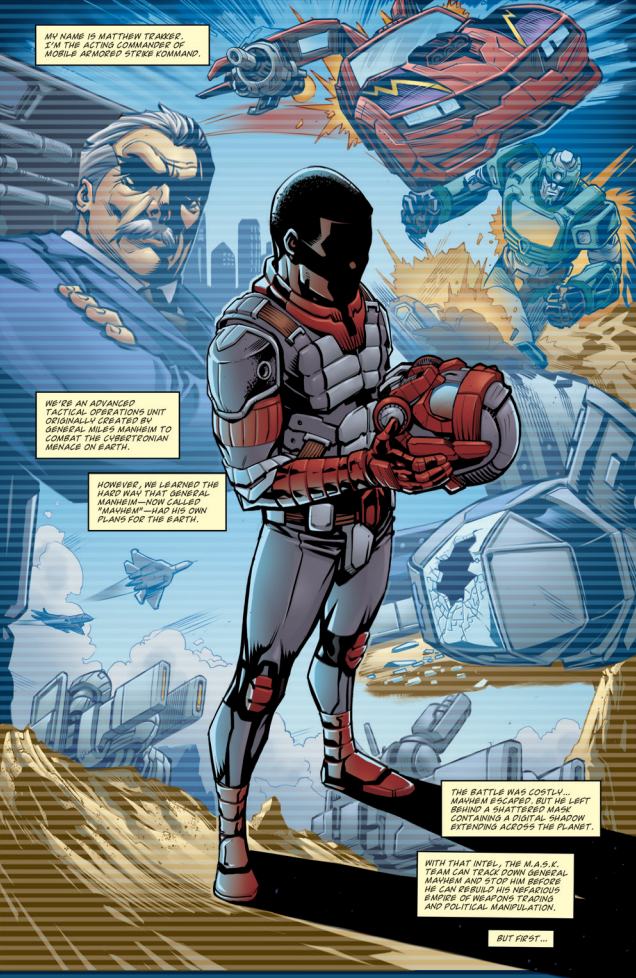 AL: What is the state of M.A.S.K. coming out of Revolution?

BE:  Uncertain and unfocused like their leader Matt Trakker. The M.A.S.K. team is thrown out into the post-Revolution world and considered fugitives because someone (or something) has been attacking military installations with technologically-advanced vehicles. So of course, M.A.S.K. is considered the #1 suspects and from the first page of the book, we’re on the run with the team and they have to figure out what’s happening to them while avoiding capture. They can’t afford to catch a breath but when they do, they realize that Mayhem is the one they need to track down and deal with as he’s the cause of all their problems.

AL: How powerful is V.E.N.O.M. at the outset of the series?

BE: I don’t want to give away too much, but I will say that issue #2 will see V.E.N.O.M. unleashed in a manner that we’ve always wanted to see. Unlike M.A.S.K., V.E.N.O.M. is a much more streamlined and well-oiled operation under the guidance of Miles Mayhem and they are a force to be reckoned with.

BE: I’d love it for old school M.A.S.K. fans to let go of the nostalgia from the 1980s a little bit and realize that this new M.A.S.K. series will have all the cool stuff that made the original show awesome, but we’re now in the 21st century and we’ve created new interpretations of the franchise that will resonate with younger readers. We want the original fans on board as much as possible but we also want to expose a broader audience to the series and this couldn’t happen if we veered too much in the direction of the 80s cartoon. I have great faith in my editorial and creative team to deliver an exhilarating experience to the readers and we hope that you give us a chance because we believe you’ll enjoy what we’ve come up with.