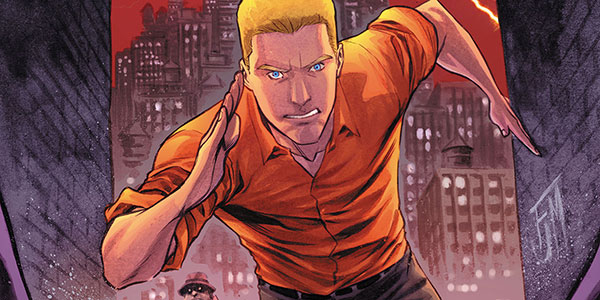 One half of one of the most acclaimed creative teams of the last two years, Brian Buccellato is a busy man. Not only is he wrapping up his run on the New 52 title The Flash with co-writer and artist Francis Manapul, but he is also writing the October debuting mini-series Forever Evil: Rogue’s Rebellion and, in an EXCLUSIVE announcement through Comicosity, will be returning to The Flash as solo writer for a three issue arc. Beginning in January, Buccellato will be writing The Flash #27-29, delivering a story focused on the history of Central and Keystone Cities. Amid all this, Brian set aside time to chat with us about his time on the Fastest Man Alive, what makes a Rogue distinct in a world of villainy, and his favorite moments of the last two years. 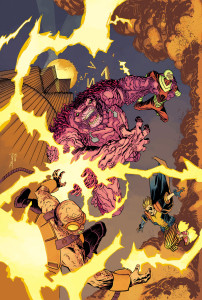 Matt Santori: Thanks for taking time out for us, Brian! You’ve made a point throughout your run on The Flash to reinvigorate Barry’s core antagonists, namely Reverse-Flash, Grodd, and most notably, the Rogues. What was your thought process about what to change and what to leave the same working in the fresh continuity of the New 52?

Brian Buccellato: Francis and I approached the villains the same way we approached Barry and the rest of the Flash core cast. We tried to look at the essence of each character and make all of our decisions with one eye on the history of these iconic characters. That said, we did also try to find ways to strengthen the “connective-tissue” between Flash, his villains, and their mythology. It was always a priority for us to ONLY make changes that remained true to the core of the characters, and steer clear of change for change’s sake.

MSG: Captain Cold still stands out among the Rogues as leader, although his sister has been completely re-envisioned and promoted along the way. What was your motivation for pulling The Glider into the spotlight, and will we see her fate play out in Rogue’s Rebellion?

BB: One area we felt sea under-represented in the Flash universe, was in female villains… so Glider was a natural fit to the Rogues. We updated her power set because we felt her previous abilities made her seem “dated”, but kept her relationships intact. And although things are not going well for Glider at the moment, rest assured that she will factor greatly into the Rogues Rebellion mini-series. 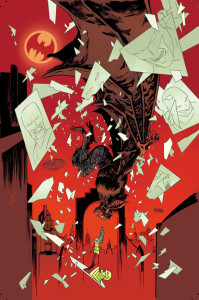 MSG: The Rogues are in a unique position among a lot of the villains in Forever Evil in that they already have had a strict moral code for their behaviors going in to the upcoming conflict between different factions. Why do you think of all the villains in the DC Universe, these guys are the ones who so plainly draw a line between right and wrong?

BB: It’s probably an oversimplification, but I think the reason THESE GUYS choose to stand up to the Syndicate is because they’re the Rogues. They are simple, working class villains who DO have a strict code and they have no use for world domination. On top of that, these lovable baddies also have chips on their collective shoulders and aren’t used to taking orders. Throw their strict moral code on top of all that and you have the recipe for a volatile situation.

MSG: Now that you mention it, class has always been an underlying theme in dealing with the Rogues, as they have been largely depicted as working class/”pull yourself up by your bootstraps”/middle America type figures, somewhat like Barry Allen himself. How does that idea resonate for you in working with the characters and what does a total upending of that social structure by the Crime Syndicate do to these characters who so identify with it?

BB: I think their working class American mentalities BOND them together even in times of extreme conflict and chaos. They argue, they may even fistfight each another… but they’ll be damned if they’re gonna let anyone else mess with them. It’s a very tribal AND American of them to set aside their own issues in order to keep their own social structure intact — even if that structure is riddled with infighting, jealousy and personal egos. Yeah, they’re a dysfunctional family… but they ARE family, and no evil alternate-universe, Justice League rejects are gonna tell them what’s what! 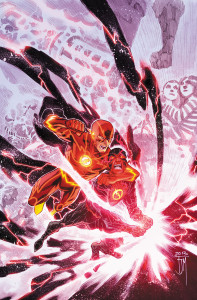 MSG: Shifting gears back to The Flash, we’re heading into your final issues with Barry before running off to a new project for DC Comics. What can we expect to see in the coming months in the final confrontation between Iris’ brother, The Reverse-Flash, and Barry?

BB: We can expect Flash to put all his efforts into stopping Reverse-Flash from changing history. He know INNATELY that he once tried to change time and that it altered reality forever. He doesn’t know WHAT he did… but he remembers the THOMAS WAYNE LETTER and knows his actions had massive repercussions.

MSG: Looking back on your run as a writer, what have been your favorite moments working on The Flash, and what key things do you think you’ve learned or acquired during this run that you’ll be taking on to your next project?

BB: After all of the issues that Francis I did, my favorite moment is STILL Flash #0. Having the opportunity to retell Barry’s origin in the New 52 was a huge honor. I’m REALLY proud that we were able put our spin on his iconic past, while still remaining true to his original origin AND the New 52 version. And along those lines, I’m just as proud that Francis and I have been able to re-introduce SO MANY characters into the universe while remaining (in my opinion) true to the core essence of the characters. I truly believe that we respected the material that came before and worked really hard to synthesize our vision with the previously established Flash mythology. It’s easy to create mythology when you have a blank slate… it’s a much more difficult (and in some ways, a more rewarding) task to make new contributions to pre-existing characters that both honor the past and don’t feel like you are treading upon the same ground. 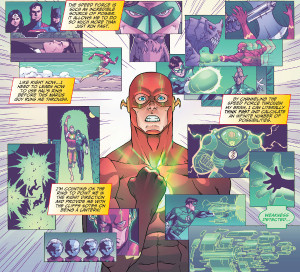 Oh, and my top three favorite moments in The Flash… 1. Flash saving the commercial airliner in issue #3; 2. Grodd ripping off poor Axel’s arm in issue #13; and 3. Flash using the Speed Mind to learn how to use Hal’s Green Lantern ring in Annual #2.

MSG: Any last teases or special shout-outs for the fans at Comicosity?

BB: Two things… one, I’d like to that ALL of the fans out there that supported Francis and I throughout our time on The Flash. It’s been a huge honor to be the caretakers of Flash for the first two years of the New 52 and we are extremely grateful. When all is said and done, I will have written or co-written over 40 issues of Flash Universe — that’s an amazing personal achievement for me made even more special by the overwhelmingly positive response we’ve gotten from fans. It’s been a dream.

Two, the dream isn’t over for me, YET. I’m writing ONE LAST (three issue) Flash story in addition to my continued collaboration with Francis on our new project. Issues 27-29 will be written solo by me and will allow me the chance to add a few final pieces to the Flash mythology — including the history of THE GEM CITIES!

MSG: Woo hoo! Glad to hear there’s more Flash to look forward to from you! Thanks, Brian!

Brian Buccellato co-writes The Flash monthly for DC Comics with artist Francis Manapul, ending their 25 issue run in November, but the team will be launching a new ongoing series for the publisher together in March 2014. In the meantime, Buccellato will be continuing on solo with The Flash for an additional three issue arc in January 2014.

In the gallery below, take a first look at interior art for Forever Evil: Rogue’s Rebellion #1, written by Brian Buccellato, in stores on October 16. 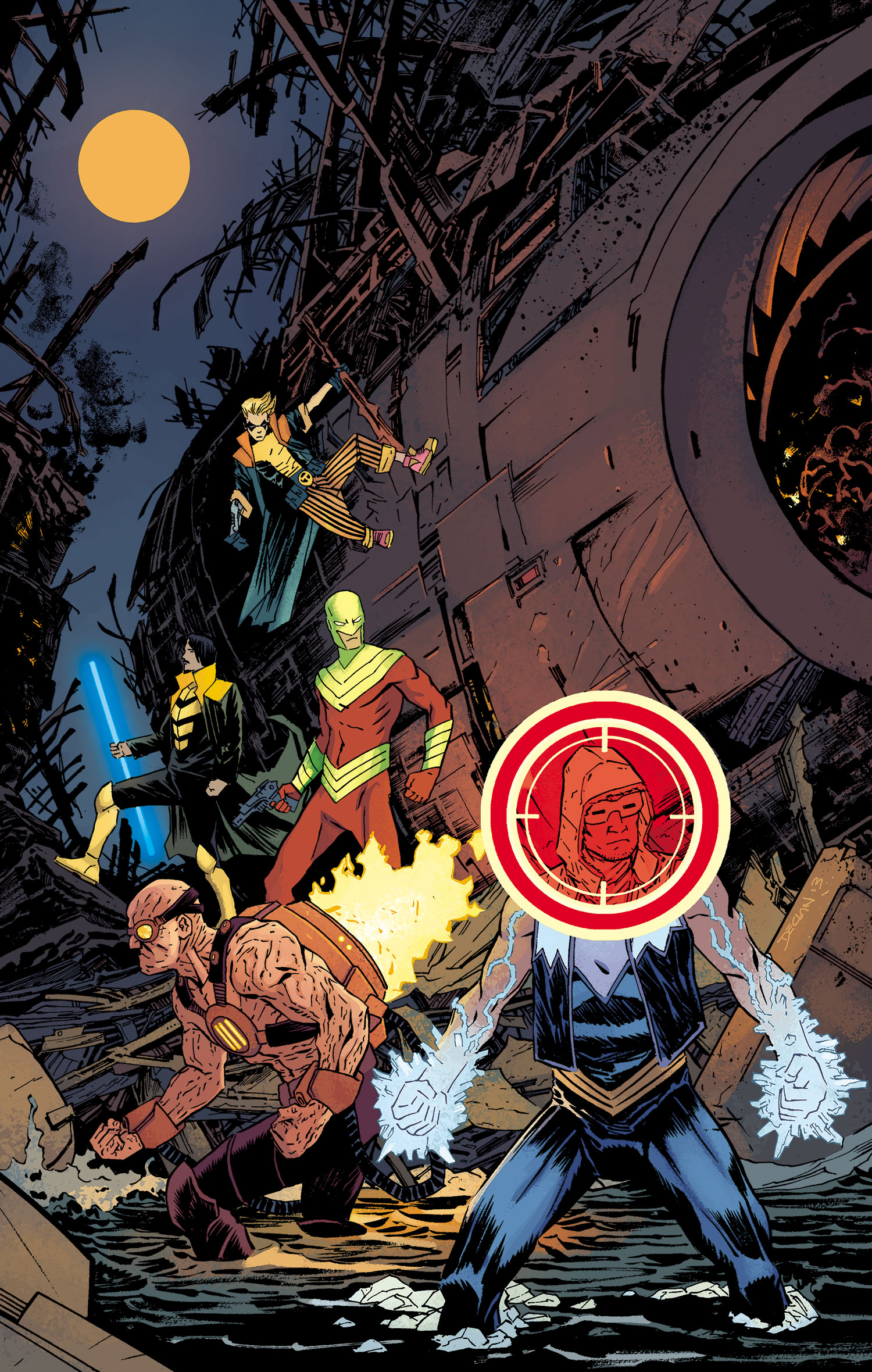 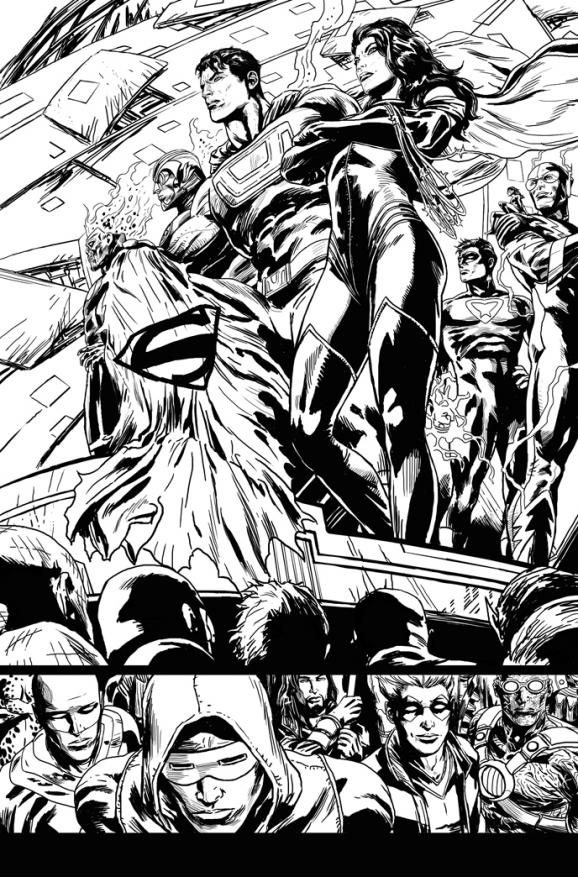 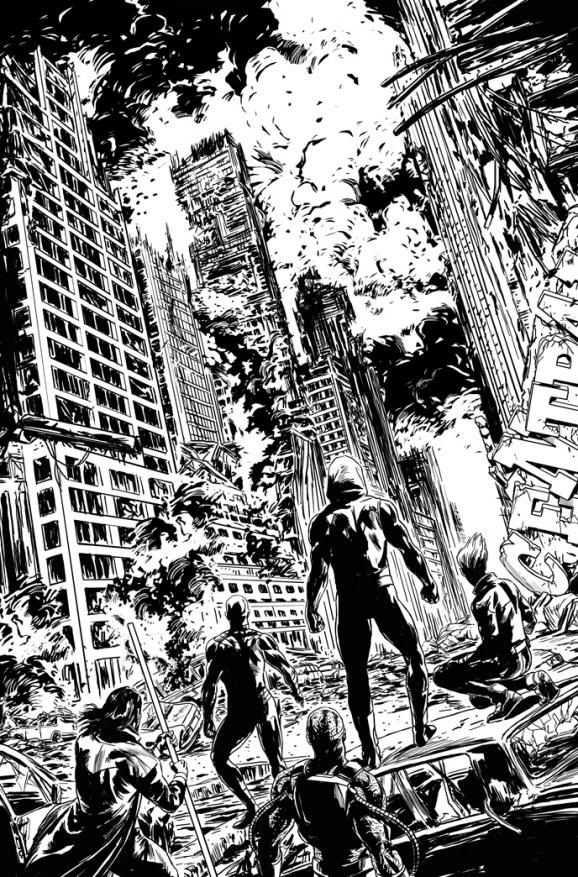 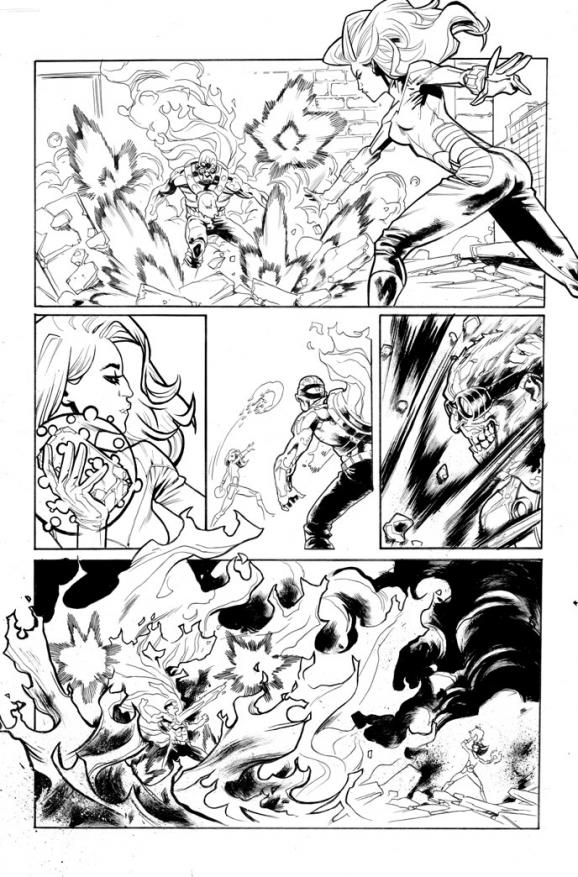 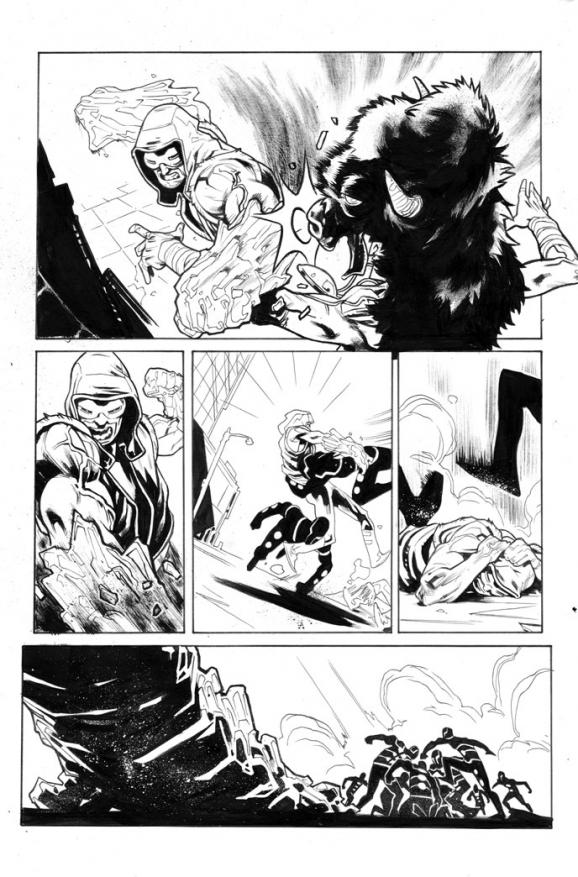