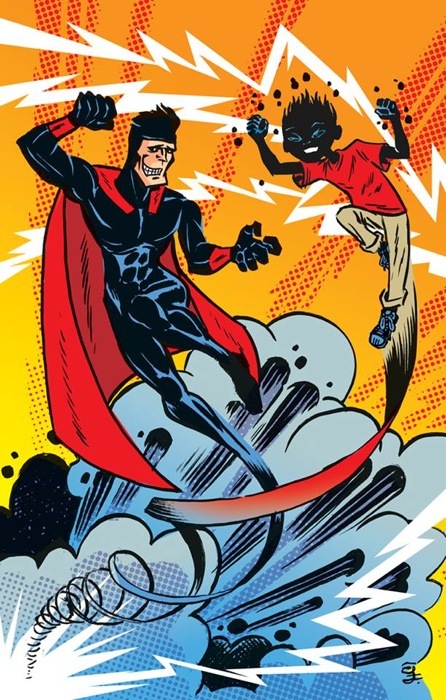 Live on Kickstarter right now, Chip Reece is crowdfunding the extremely personal and inspirational tale of Metaphase. Teaming with Kelly Williams, Reece is building a world featuring a superhero with Down’s Syndrome in an original graphic novel unlike any other. Reece was kind enough to give us the scoop on the story, the campaign, and more below! 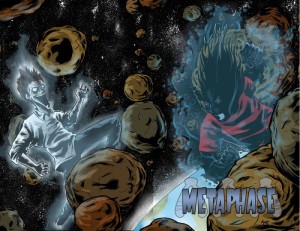 Aaron Long: Let’s start at the beginning. How did Metaphase come to be?

Chip Reece: Basically, I was inspired by my son Ollie, who has Down’s Syndrome, and his superhero-like strength through several major medical ordeals, including three open heart surgeries. When I started to dig for comic book characters he could relate to as a person with Down’s Syndrome, there wasn’t much out there, and absolutely no superheroes. I found this odd, given how much my son and other kids with Down’s Syndrome go through. 50% of all kids born w/ DS have congenital heart defects (Ollie had two), one scary health fact out of many. I wanted my son to have a comic book character that was like him, heroic, inspirational and full of endless potential. That’s when I started to pursue the idea.

Getting to where we are now is part luck and part working with really great people. Initially the idea was to make it for my son, and share it with the people that I know. I showed the script to the artist, Kelly Williams, and we began to make plans to create a 10 page comic. A chance conversation with Peter Simeti, Alterna Comics publisher, turned into him offering to take the book on and encouraging us to put what we had together for ComiXology’s 2013 Free Comic Book Day event. The exposure there has been a big help leading up to this Kickstarter launch.

AL: Can you describe the world of Metaphase? 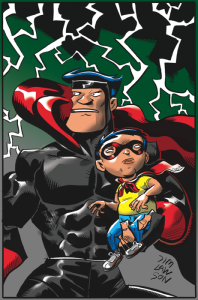 CR: The world’s seemingly all-powerful superhero has a son who is his physical opposite. Ollie is born with heart defects and Down’s Syndrome and so his dad becomes overly protective, holding his son back from pursuing his dream of being a hero just like his dad. This frustration will lead Ollie to pursue the hero business on his own, with the help of a company that claims it can give anyone superpowers through chromosome tampering. His dad’s reluctance to let him pursue his dream ends up creating a situation that his super-dad can’t handle, leaving his fate in the hands of Ollie.

AL: What will Super Ollie be up against in Metaphase? Can you discuss what he will be facing in this 70+ page adventure?

CR: Really, the biggest thing Ollie faces are the limits that are assumed of him. The person Ollie looks up to most, his dad, doesn’t fully believe in his potential because he’s scared he’ll get hurt. There’s a nasty villain in the mix of it (because what kind of superhero book would this be without it?) but at the heart of things, it’s really about showing the world that individual’s with Down syndrome aren’t defined by limits.

AL: Are there plans to produce more Metaphase issues in the future? Or is this a completely self contained story?

CR: I’d love to, but I don’t want to get too far ahead of myself. The story works as a stand alone, but is definitely open for creating more. I’ve thought that it would be awesome to get Ollie involved somehow as he gets older. Give him some input into future stories. We’ll see! 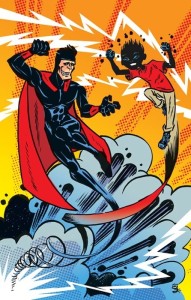 AL: Your Kickstarter campaign is online right now. Can you discuss what rewards are available for backers?

CR: There’s a great range of prices for the tiers we have available. For those looking for the cheapest way to read the book, they can pledge $10 for digital only or $15 for a print version with Kelly William’s wraparound cover. Higher incentives include a variant cover by legendary TMNT artist/writer Jim Lawson, “High Five” editions where my son puts his hand print in the book, some original artwork, and even as high as an Alterna Comics bundle that includes 27 graphic novels from their library!

AL: Any final words for Comicosity’s readers regarding Metaphase?

CR: I appreciate Aaron and Comicosity giving Metaphase the time of day. I believe diversity in comic books is important and this is an area that’s seriously lacking. Most of all, coverage like this goes a long way for raising awareness about individuals with Down’s Syndrome and the things they can do. This includes things like running restaurants, climbing Mt. Everest, and giving inspirational speeches. They can even be our heroes. Thank you! 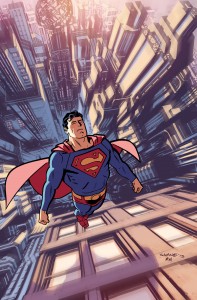 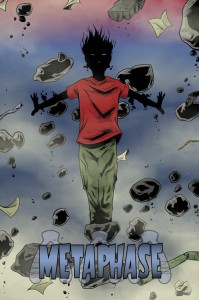