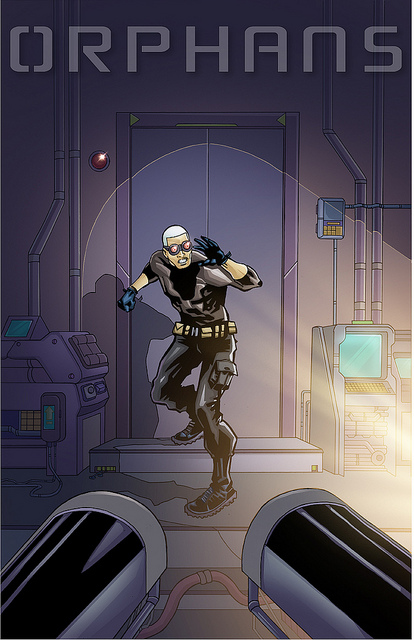 ORPHANS, a new action/adventure comic dealing with the “military-industrial complex” has been a long time coming and creator Eric Palicki has started a Kickstarter to unleash this tale on the masses. Palicki took time to discuss what ORPHANS is, where it came from, and how you can get in on the fun! 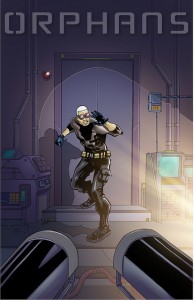 Aaron Long: Best to start at the beginning: how did ORPHANS come to be? Have you been developing the idea for awhile?

Eric Palicki: Yes. I actually created Alexis Quinn almost 20 years ago, when I was fourteen and still clinging to the illusion that I’d grow up to draw comics as well as write them. He was Alex Marshall then, alias ‘Night-Stryker.’ It was the early ’90s, when it was fashionable to identify superheroes through creative spelling. There wasn’t much to the character back then. He was just a photosensitive superhero. It wasn’t until much later, when I became politically aware, that the character evolved into something substantial enough to build a story around.

AL: The “military-industrial complex” is a pretty hefty topic. How did you decide to take on something so cerebral and deep?

EP: Well, that term is a convenient way to encapsulate the story. I was looking at our relationship with technology, and ‘military-industrial complex’ represents that relationship at its worse. It encapsulates our interest in monetizing or weaponizing new things when we could be using them to profoundly change lives for the better. And that’s Quinn’s story: he is that new thing that could profoundly change lives but has been turned into a weapon instead. So ORPHANS is an exploration of where he takes that awareness. 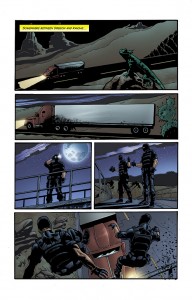 AL: How did Branko Jovanovic get involved with the project?

EP: I discovered Branko on Digital Webbing and asked him if he’d be interested in a collaboration. He liked the script I showed him, and the rest is history.

AL: ORPHANS is a Kickstarter campaign. Can you discuss what rewards are awaiting people who wish to pledge?

EP: We have rewards for everyone. A $1 pledge earns a digital PDF copy of the first issue, which is self-contained enough to be enjoyed on its own. $5 earns a digital copy of the entire 110-page graphic novel. For $10, those same digital issues, along with some digital extras, are available loaded on a flash drive custom printed with the ORPHANS logo. We’re also offering t-shirts and print editions of the trade paperback collection. Adrianne Palicki, who starred in Friday Night Lights and NBC’s recent Wonder Woman pilot and who appears in the upcoming G.I. Joe: Retaliation and Red Dawn, is writing an introduction to the collection. She’s also agreed to sign a limited number of the trades to use as rewards for donors.

AL: Any final words for Comicosity’s readers regarding ORPHANS?

EP: I promise that the ‘cerebral and deep’ aspects of the story are tempered by plenty of punching and explosions. Stuff is gonna ‘splode!