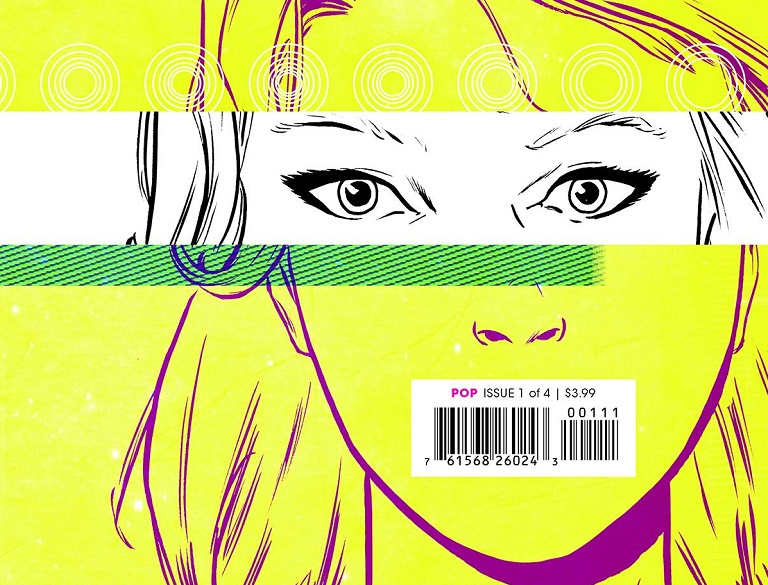 The world of pop culture is one dark f***ing place. Curt Pires knows this, and his new series POP, with artist Jason Copland, stares down the barrel of pop culture and spits in it’s face. The final order cutoff for POP #1 is today, and Curt was kind enough to talk to us about his upcoming series from Dark Horse Comics. 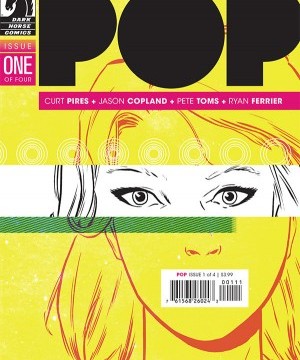 Aaron Long: Thank you for your time, Curt. In POP you take a dark look at manufactured popularity in North America. You certainly don’t shy away from the concept of pop culture being manufactured for people, what was it about this subject that compelled you to write POP?

Curt Pires: “In the future everyone will be famous for fifteen minutes” Andy Warhol. Warhol underestimated. We’re in the midst of a warholian hypercontext and the evidence is all around us. Fifteen minutes turned into fifteen seconds a little while ago and I’m still over here trying to pick up the pieces. POP is part of the process of picking up the pieces.

AL: POP‘s protagonists are Coop and Elle. Can you shed some light on who these characters are, and what is driving them through the story? 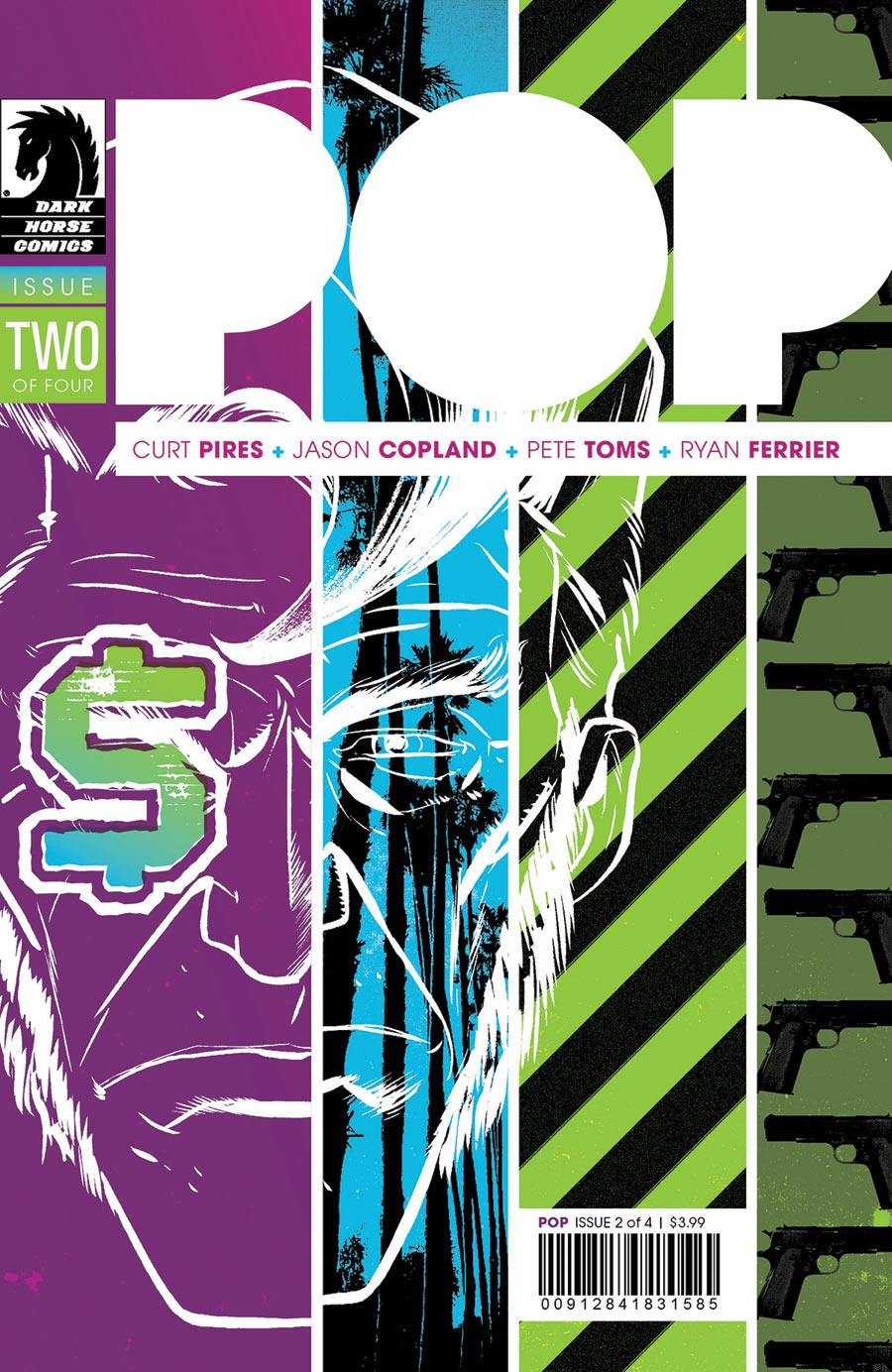 Elle: She’s been told all her life she’s one thing. Shit, it’s even been drilled into her brain. Programmed into her. And now she’s out in the world for the first time, acting as an independent entity, and figuring things out. Removing her conditioning. She’s stronger than she thinks. She’s stronger than anyone thinks.

AL: You are painting a picture of a rather dark world of pop culture and some rather iconic people. Is anyone, real or fictional, safe in the world of POP?

CP: No one is safe. Nothing is Sacred. Kill Your Darlings. Burn Your Gods. Kill Your Idols–like that Axl Rose Tee Shirt says.

AL: How did Jason Copland get involved with the project? What has it been like seeing this almost dystopian reality come together?

CP: Stared into a supernova, at the heart of it was a man trying to claw his way out. It was Jason.

AL: Any final words for Comicosity’s readers regarding POP?

CP: Thanks for reading this interview. I hope you check out the comic. Even if you don’t I still like you. Well, I don’t know you. But I hope to. I’m writing this in an airport terminal. There’s people moving all around me. My coffee’s keeping me warm. I like airports. At least this airport. It always felt like home.

Pop #1 is on sale August 27th.  Retailer FOC is Monday, August 4th. Check out our preview of issue #1 below! 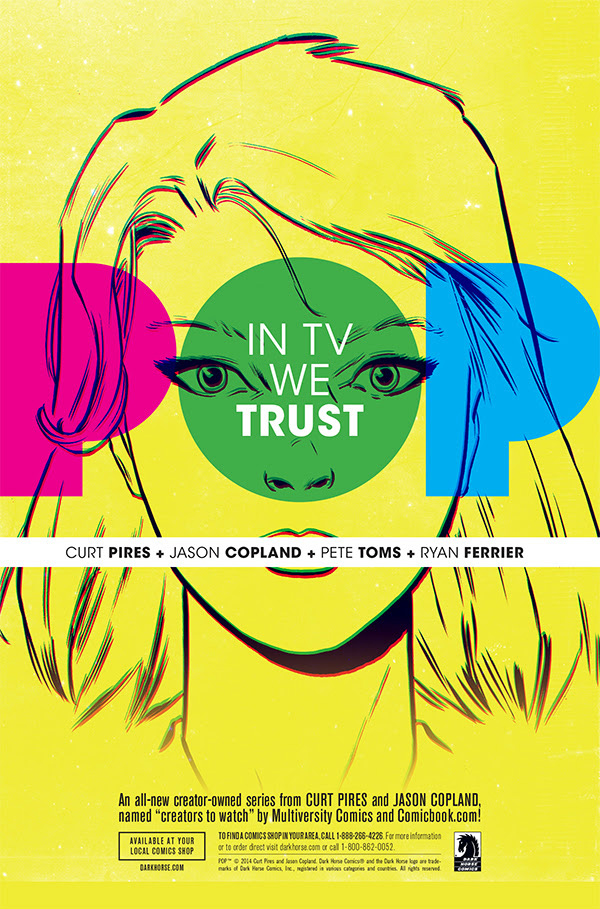 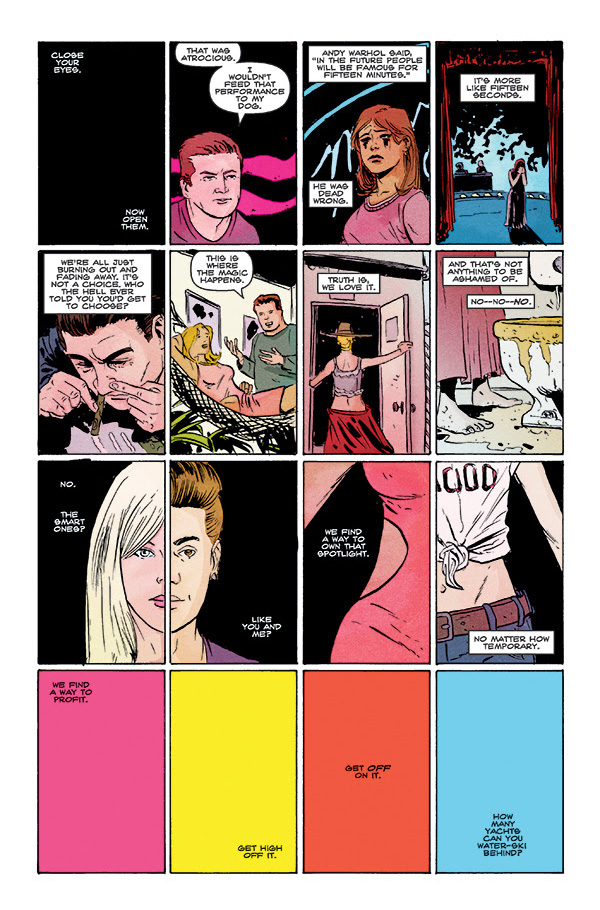 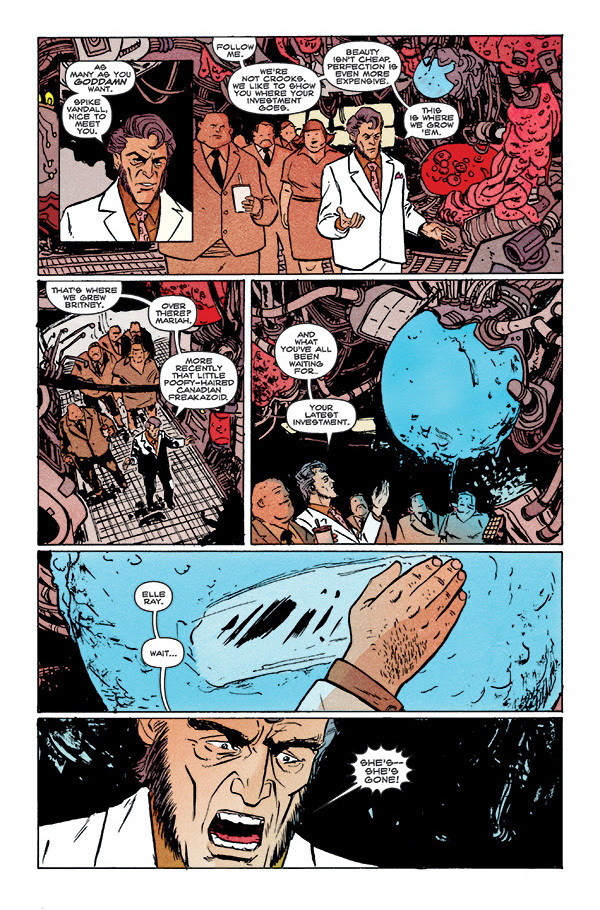 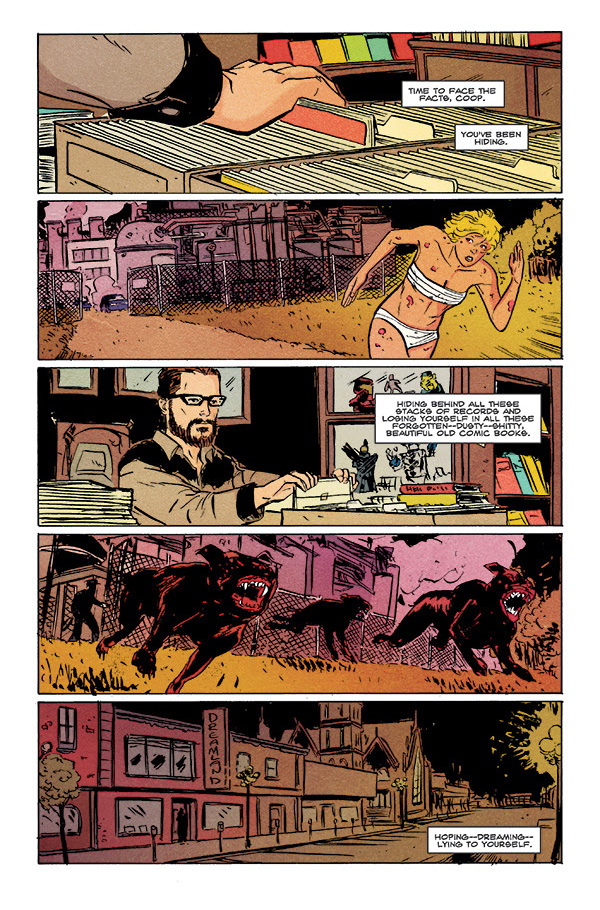 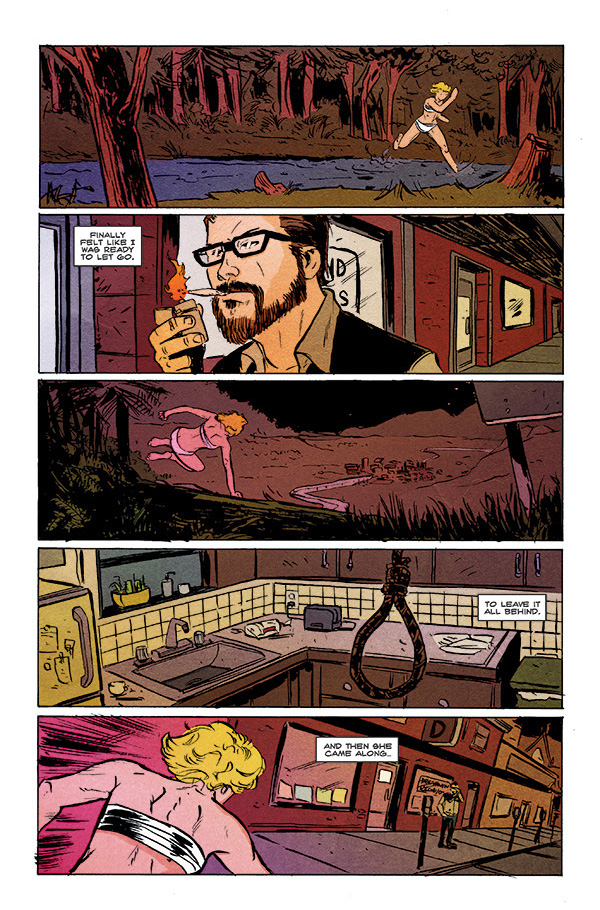 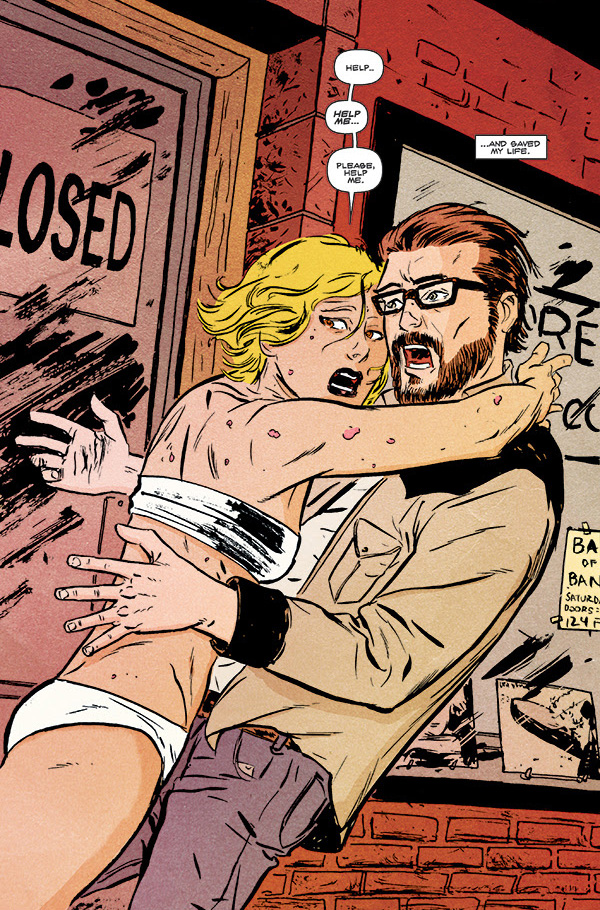 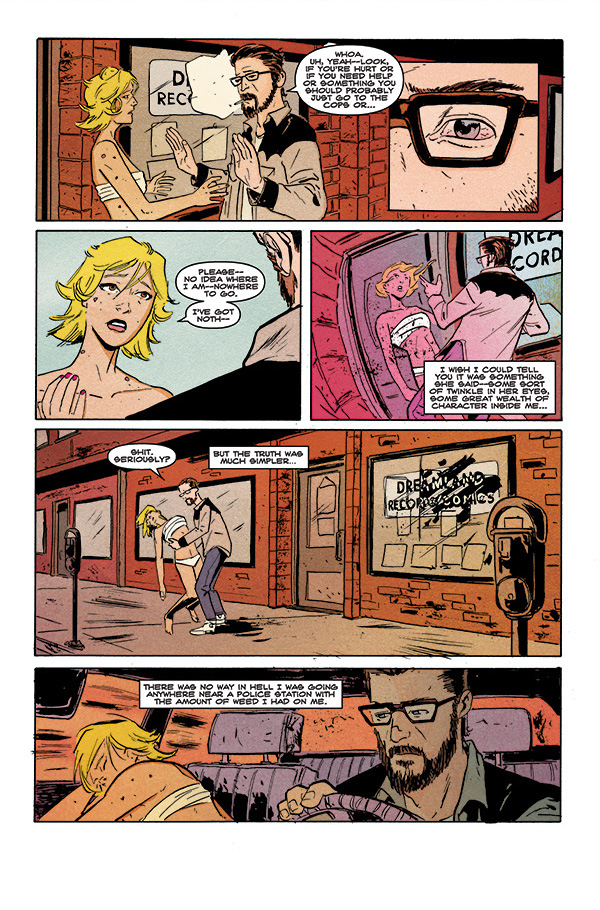 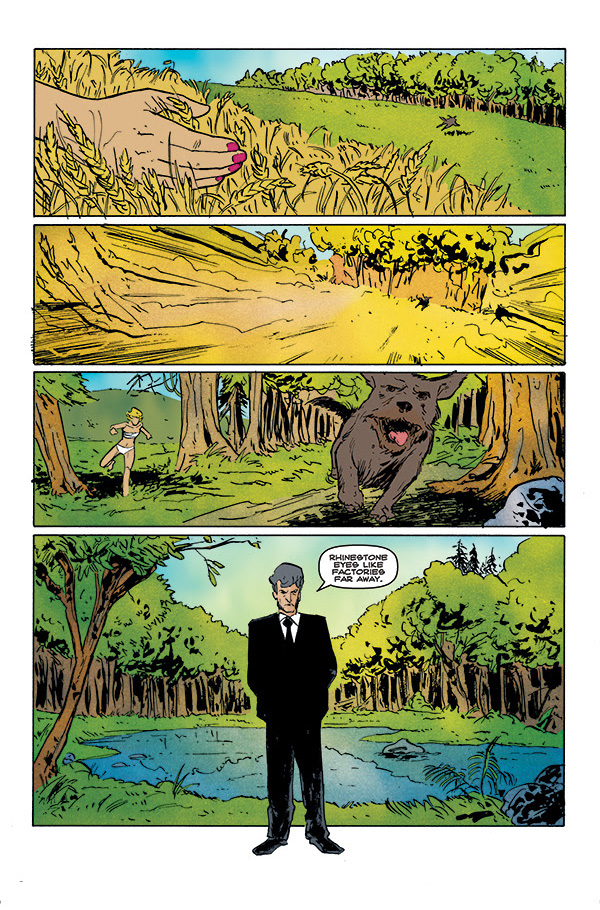 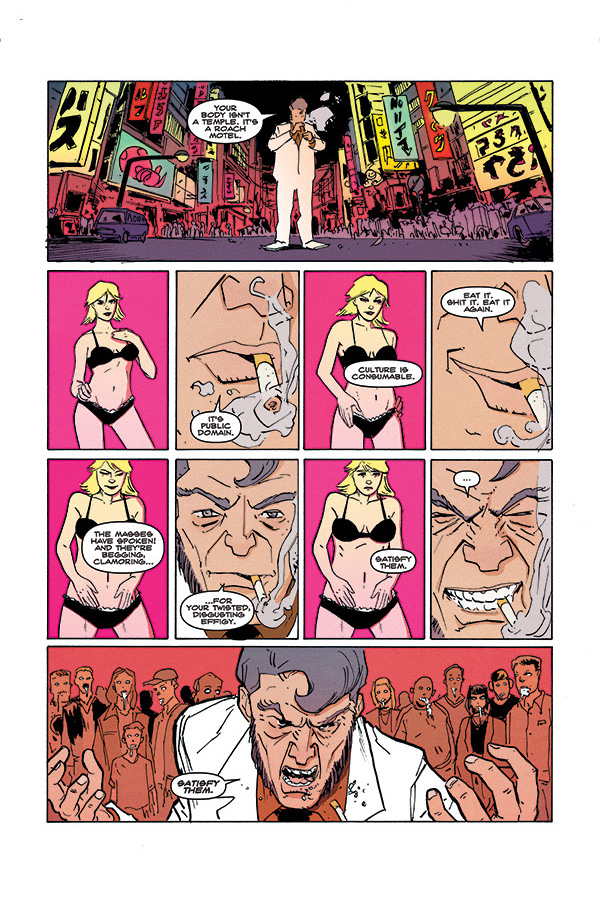 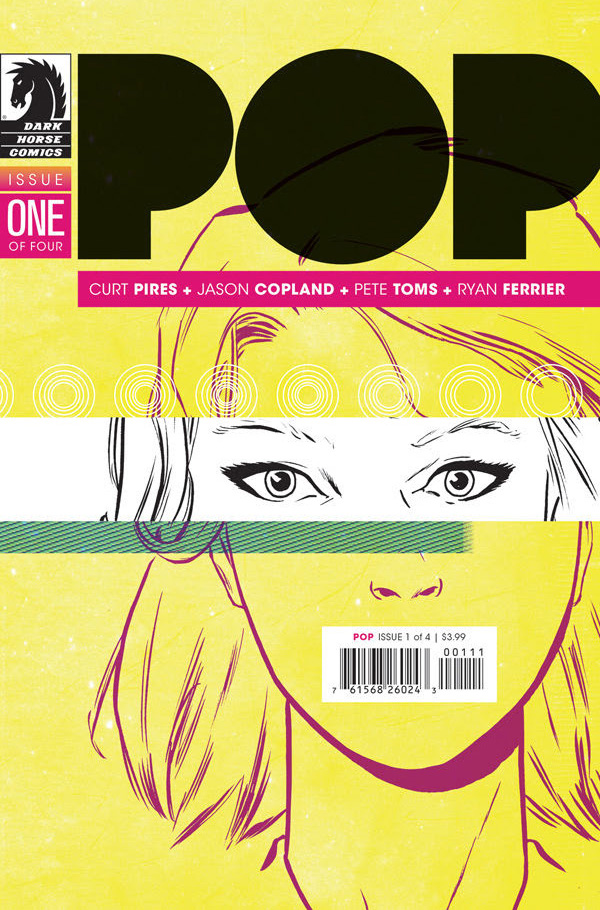