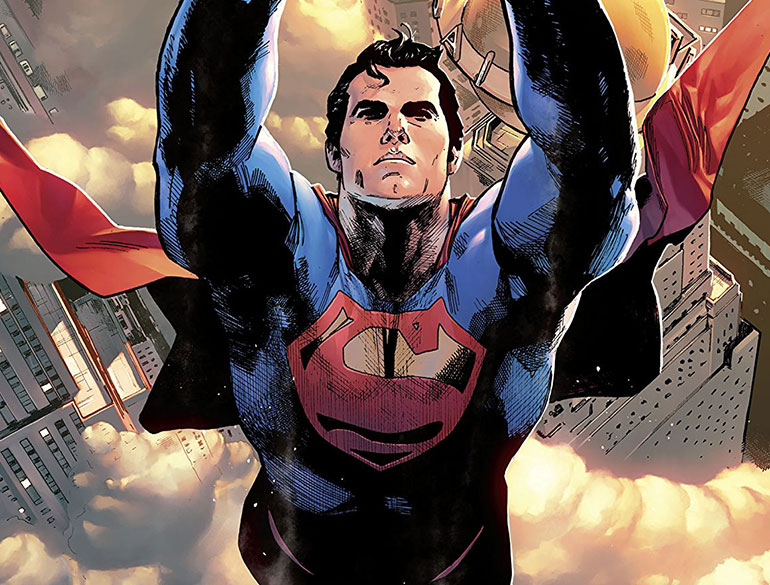 The legendary DC Comics title Action Comics is on a path. With Dan Jurgens writing, we’re slowly charting towards one of the biggest milestones in comics with Action Comics #1,000 and freshly reeling from a Superman Event that completely changes Superman’s place in the DCU landscape…it’s an interesting time to be a Superman fan across the board.

I talked with Dan at C2E2 2017 and we discussed everything from his past work on Superman, characters in how they matter in the mythos of Superman, and a tease of a character that’s near and dear to Dan’s heart. 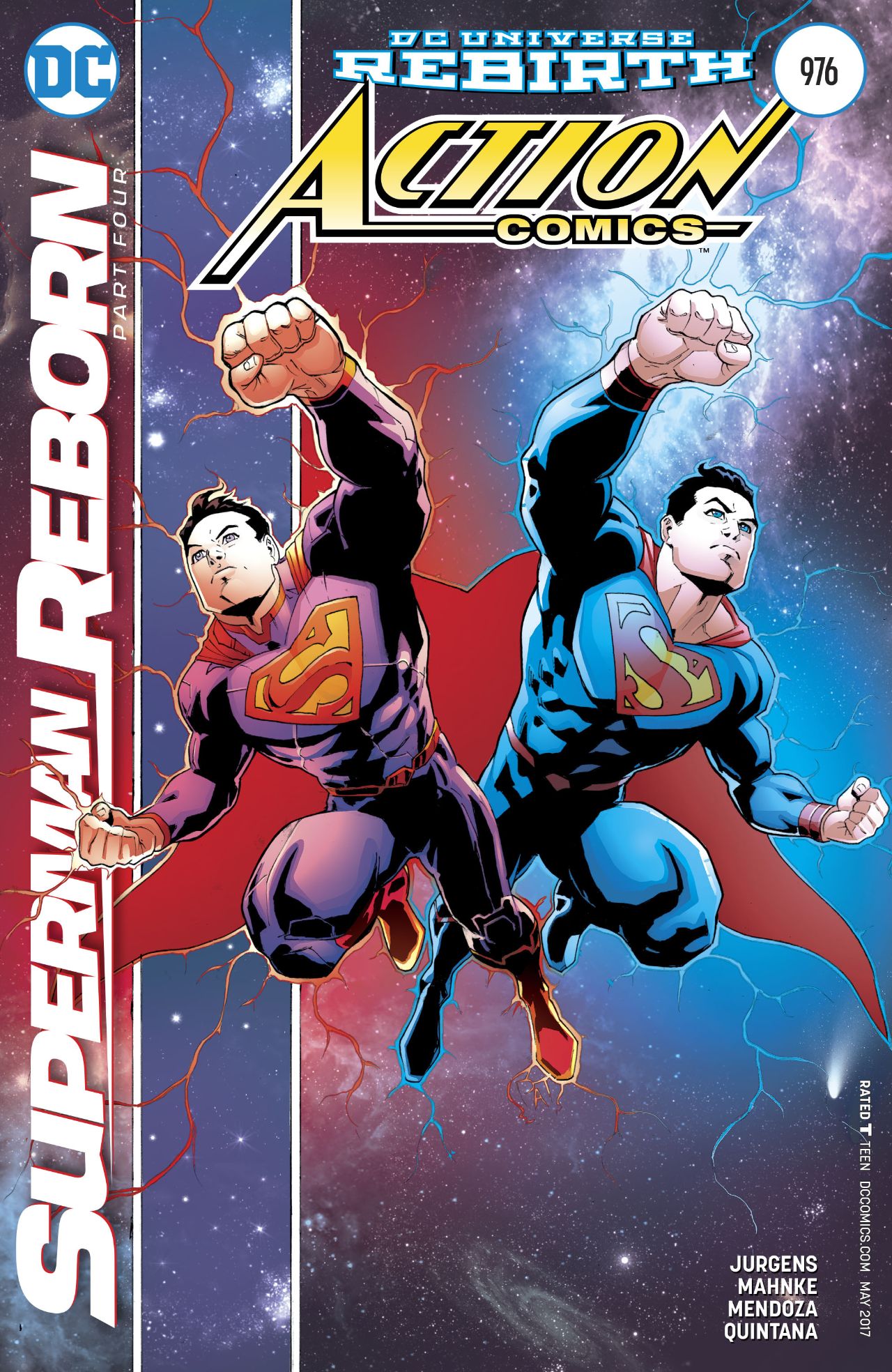 Dan Jurgens: Yes! It’s cool! It’s a number that no other title has gotten to before. We’re just now getting to the point where we’re talking about it and making plans for it. We absolutely want to make it something very, very special for people. There’s a certain responsibility that comes with reaching a number like that to make sure that it’s special.

TS: Has “Superman Reborn” led you down a different path than originally conceived or was the current “Revenge” storyline always planned to happen?

DJ: Not necessarily. From very early on when I came back on Superman, we kind of knew where we wanted to get with the character. In a way, we knew that a lot of what we had to do was build the character up and get him to a certain point. That means focusing on Superman, Clark, Lois, and Jon, and asking, how do they fit into everything?

That was mission number one right? Well… and telling good stories at the same time. By the time people get done with issue #978, they’ll sort of understand the context a little better of who this Superman is and how things work. Now, we can start to move forward with stories. We kind of had that goal in mind. We got there, and now it’s pushing to the next goal, which is really telling really good and entertaining stories. 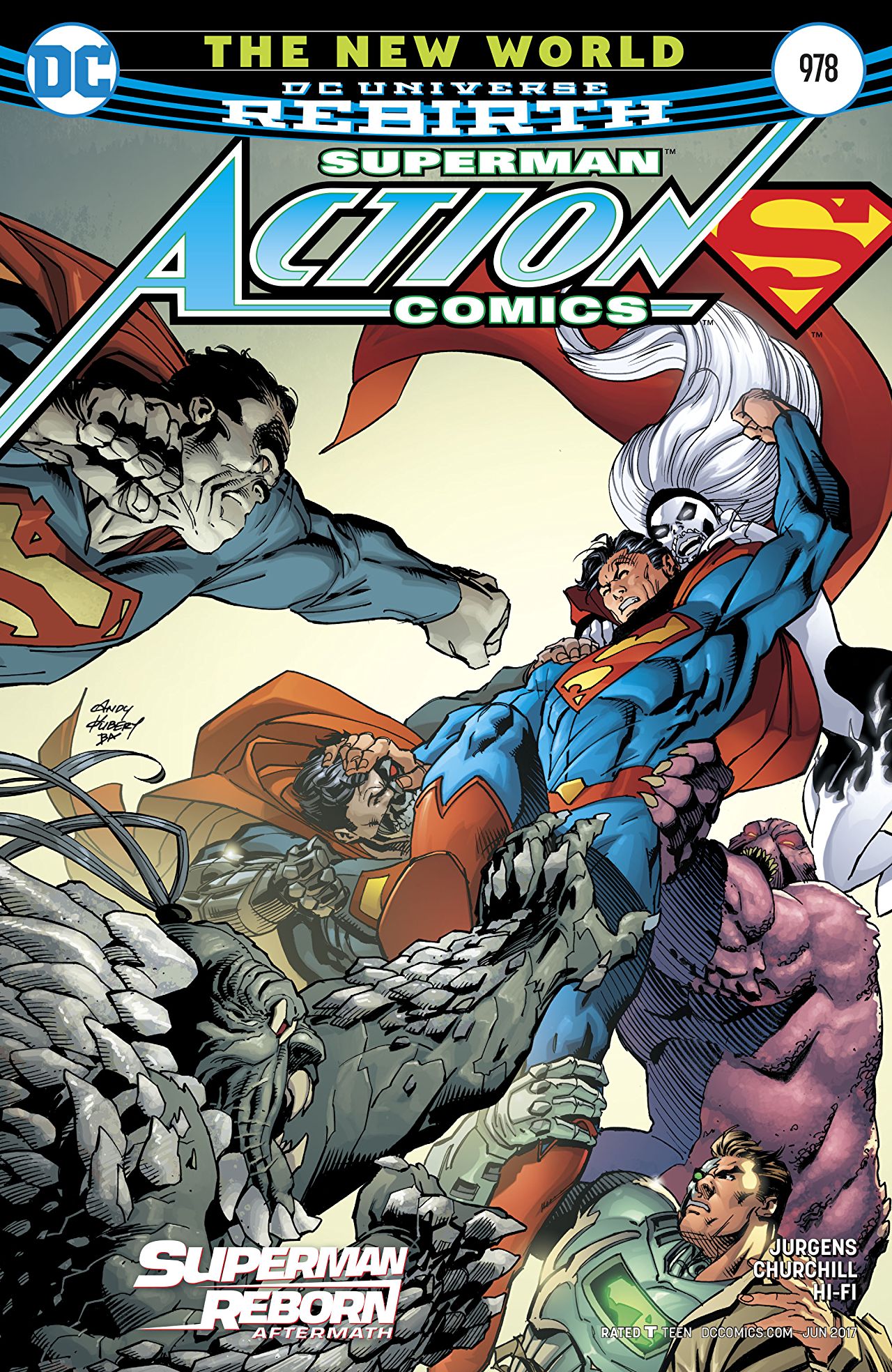 TS: So, you’re obviously famous for being the guy that killed Superman, so how does it feel to come back and give him a son and a loving family and readjust the type of stories that you’re telling versus back in the 90’s?

DJ: It’s really fulfilling! Part of it is, whenever you work on a character (regardless of who it is), when you’re done you want to say “I added to the tapestry of what this character’s history is.” And obviously I think we were able to do that with “The Death of Superman.” I mean that was, as you look back on it now, sort of this remarkable era in Superman’s history that people will always remember.

I’d like to think that maybe the same thing will happen with Jon. As we all contribute to his story, we continue to make Superman’s world richer all the time with the people and characters that surround him. I think he’s a great addition myself. I really do.

TS: What have been some of your favorite moments since jumping on Rebirth and getting into Action Comics?

DJ: There have been a couple of them.

The original moment of having Superman and Clark Kent see each other. To me, there’s something so historical about that. If you look back over Superman’s 79-year history, you see all sorts of stories and cover images where it was Clark Kent and Superman on the cover at the same time. People would build stories around that and it was a strong selling point. That idea of that being a cool thing never went away. So, to be able to play up on that when we came back with the Rebirth stuff was really a lot of fun. 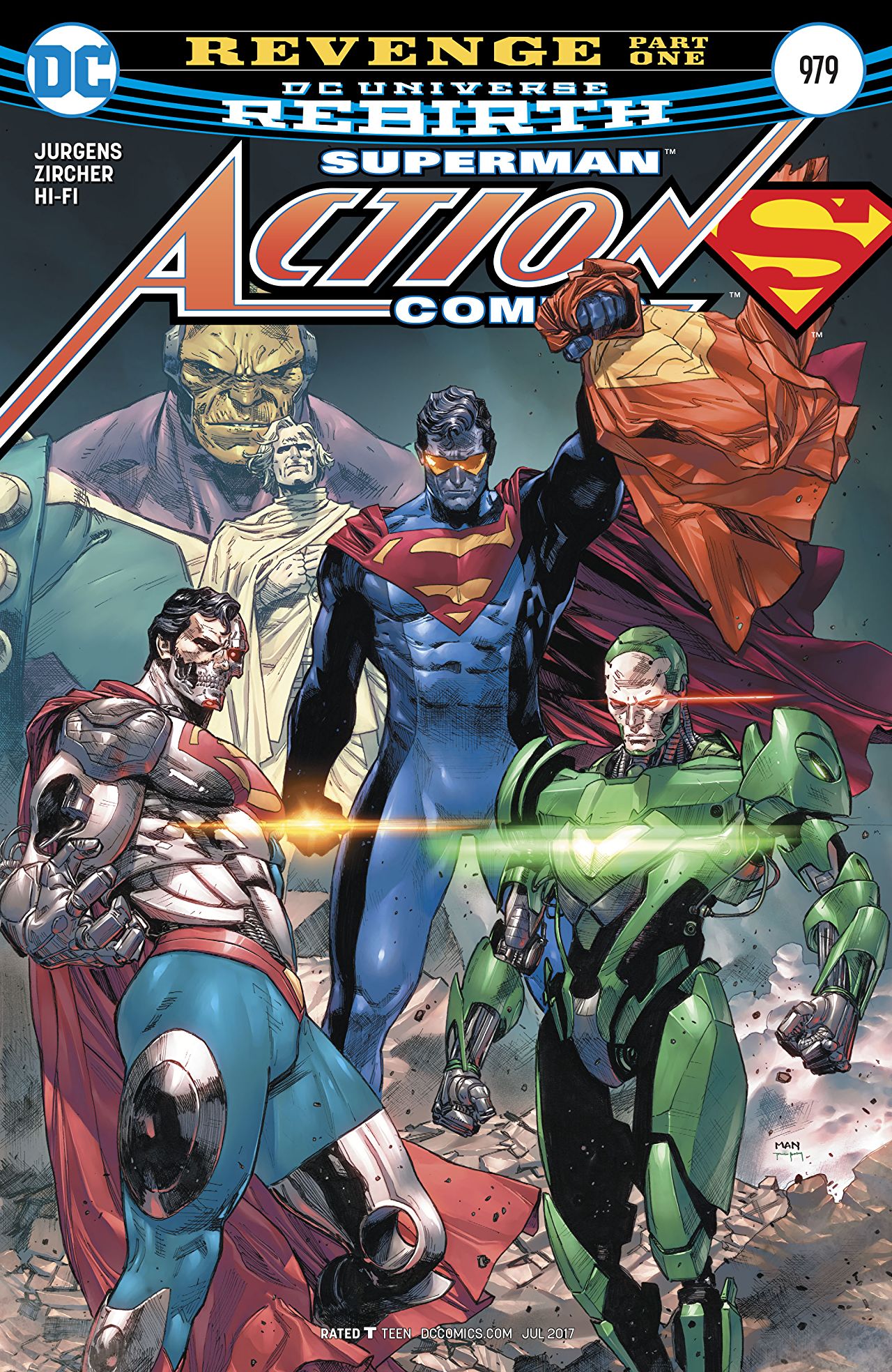 TS: What are the strengths you’d say Action Comics brings to the Superman Family line of titles?

DJ: When I think of Action, I think of a couple of things: one is just the title alone. Action. One of the reasons we started right away with a story that had Lex Luthor in the armor and Doomsday and everything else is we wanted to have big action on the pages. I still think that should be something of our mission statement going forward. The action in the book should reflect that title and embrace that.

I think the other thing that’s a part of it is the legacy of richness that we have. Superman has that in general, but I think it’s a little truer of Action. Even as write these scripts (like issue #981’s), it’s like “Whoa!”

TS: How do you map out and maintain the connectivity between all of the titles that may need to borrow threads or tie into Action Comics?

DJ: Really I can’t give a big enough salute to the editorial crew. We’ve got Mike Cotton, Paul Kaminski, and Andrew Marino as editors who are working on these books. They do a really good job of facilitating communication, of making sure that material gets in front of the necessary eyes to see it, so that we can try and make these characters — as much as possible — be consistent across one title to the next.

The idea is that we treat Superwoman, Supergirl, or anybody else — or whether it’s just Superman that is appearing in Pat Gleason’s and Peter Tomasi’s book — consistently in who these characters are, how they talk, and how they behave and interact.

DJ: Immediately, we’re into a storyline called “Revenge” and I kind of refer to it as the Superman Revenge-Squad. It’s Superman facing off with six of his greatest villains. There’s something about it that’s really just powerful, fun, good comics.

That’s where the numbers get a little daunting for him, so he ends up pulling in some assistance across the board. So we start to see Supergirl and Superwoman, Kenan Kong, and such as we build a bit of a “Super Family.”

TS: For the last question, people are wondering and trying to figure out when will we see Booster Gold under your pen again?

DJ: I keep looking for a good spot to sneak Booster in here and there and I have a couple of thoughts about where and when it’ll work best. Obviously, I have a lot of love for the character, but when he shows back up I want it to be in a meaningful spot.

This Wednesday, Action Comics #980 from DC Comics hits comic stores and online, written by the one and only Dan Jurgens.