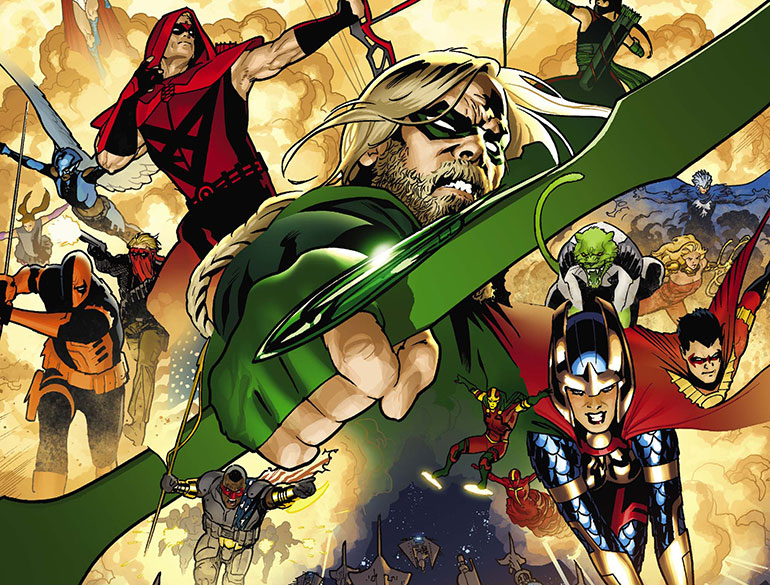 We’ve just gotten a glimpse of what comes after DC Comics’ current slew of weekly titles with the announcement of Convergence, but what will transpire in the next five months to get us there? We chatted with writer Dan Jurgens to get an update on how all the characters of New 52: Futures End are coming together toward an epic conclusion, and got to hear a little bit of what things to begin looking out for in the weekly series!

Matt Santori: Dan, thanks so much for checking back in with Comicosity on the state of the DCU’s future! We’ve now — finally — seen Batman arrive in the narrative. What kind of importance is that going to have for the characters involved: Tim Drake, Terry McGinnis, Mr. Terrific, and Firestorm?

Dan Jurgens: From the moment that Terry — Batman Beyond — arrived in the DCU five years from now, it was inevitable that he and Batman were going to intersect. There was no way not to have that happen!

Tim’s story is quite a bit more complex. All these paths are going to cross at some point, which will lead to some even bigger developments. 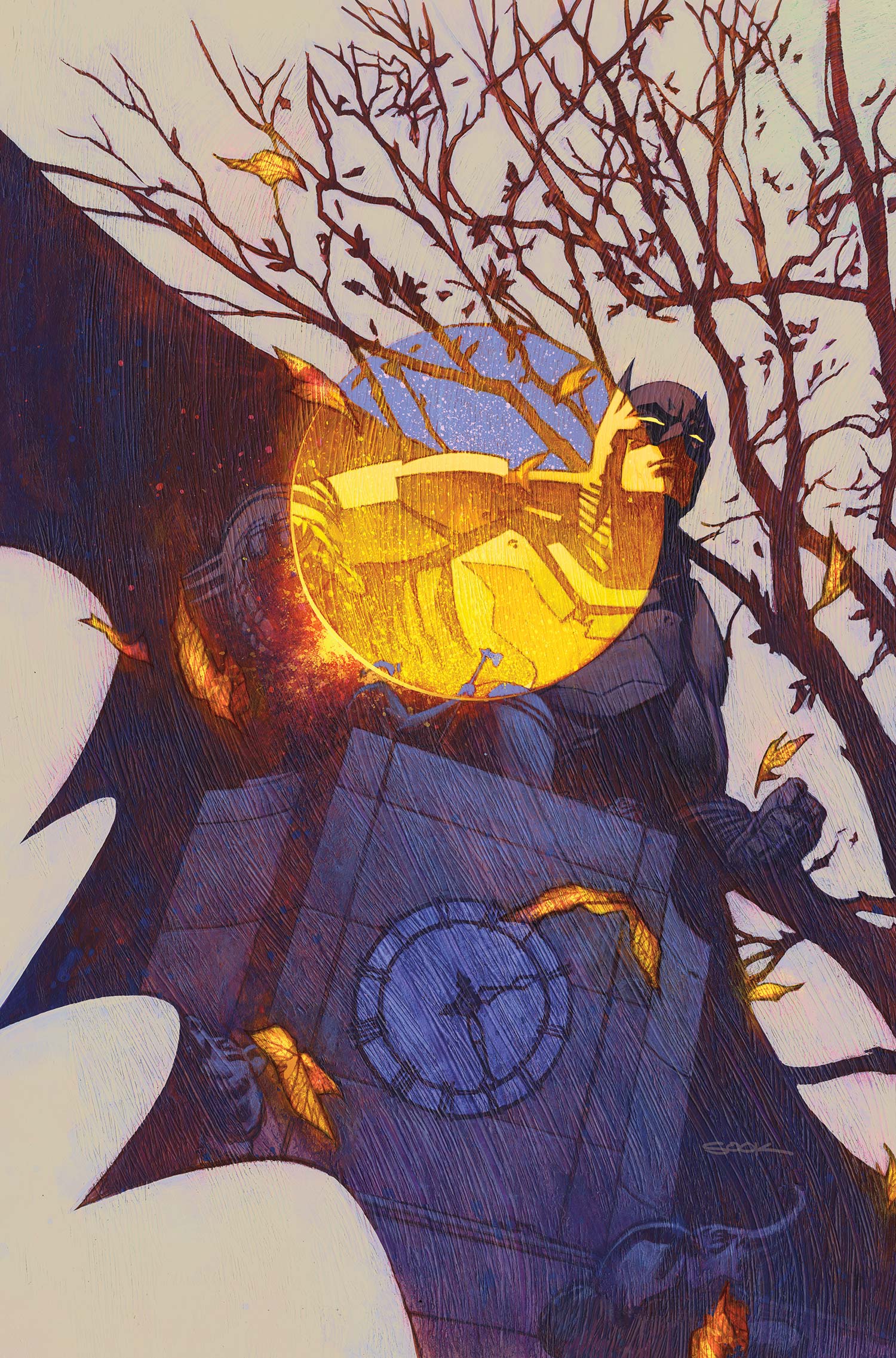 MSG: The juxtaposition of Tim and Terry in the story is a really curious one, considering both have been at one time a worthy successor to the mantle of the Bat. What are your thoughts on the place each of them have in Batman’s world today amid so many other potential successors and partners?

DJ: I think it’s really important that we take measure of these characters as individuals and not as simply another Batman sidekick.

Terry, at this point, is a bit older than Tim would have been when he worked alongside Batman. He also has the advantage of more advanced technology as part of his arsenal.

Tim, on the other hand, has been through more of a meat grinder. We’ve made it quite clear that the war affected him in a very negative way. Most all of his friends died in that war, which is what caused him to walk away from not only the superhero game, but his life as Tim Drake. He wanted a fresh start from a clean slate and that’d be something that Bruce would have a hard time relating to. Brian Azzarello is setting all of this up and taking us toward a really unique conclusion.

MSG: Moving over to the events on Cadmus Island, we’re now getting the full story behind the creation of Fifty Sue. What was the impetus behind her development and why pair her with characters like Grifter and Deathstroke?

DJ: Keith Giffen is Fifty Sue’s primary writer. She’s so compelling that some time ago I started saying, “Keith! You have to get her origin in here!”

As for her interaction with Grifter, Deathstroke and Lana, I think it makes for a real interesting group of characters. In this case, their grouping would seem so unlikely that it’s that strange quality that really makes it work. It’s building to a magnificent conclusion that will really catch fans by surprise. 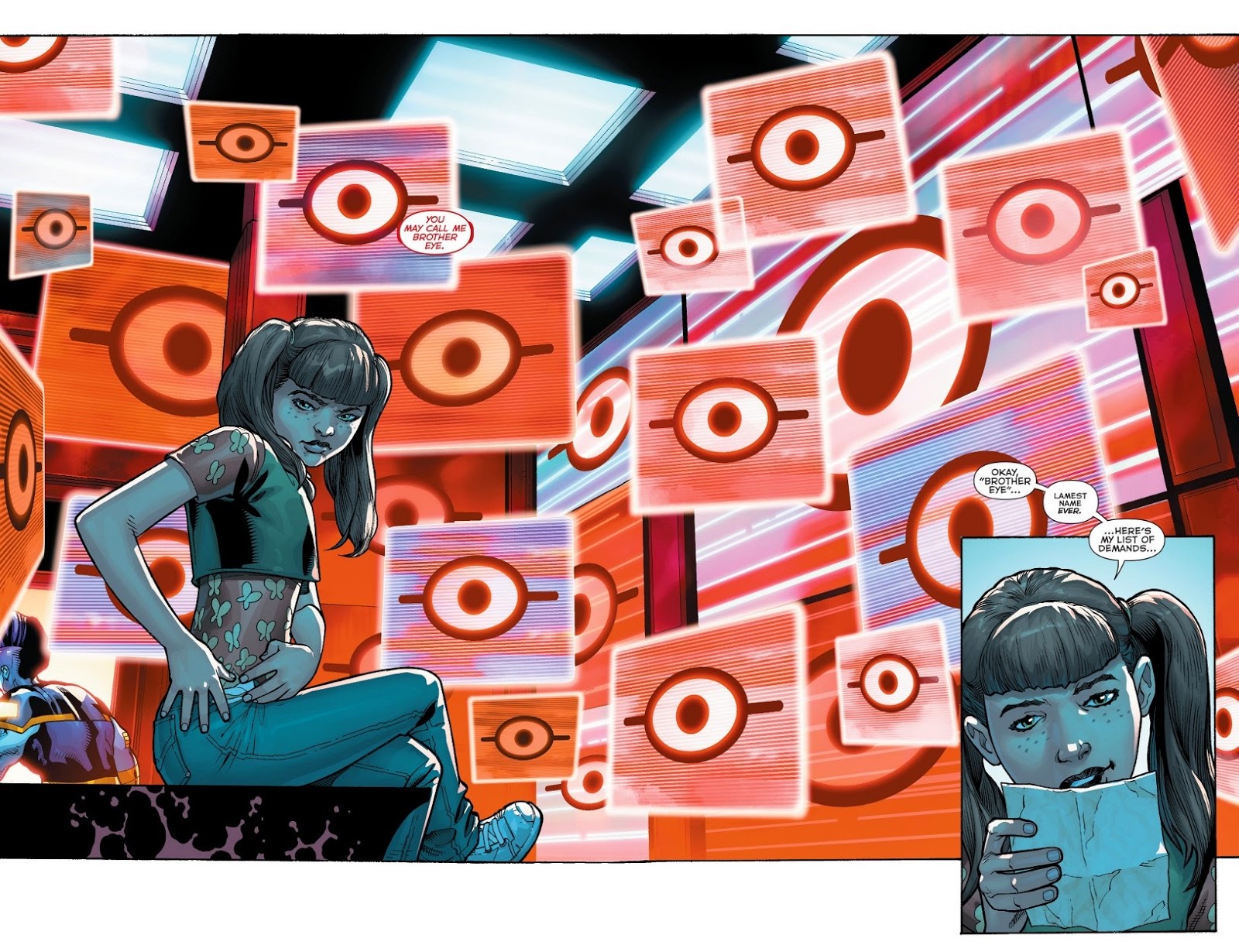 MSG: As we look to Green Arrow’s mission to destroy Cadmus Island, what advantage does having two versions of Oliver Queen at your disposal grant from a story perspective?

DJ: That functions on a couple of levels.

First and foremost is just the simple of fun of a “Green Arrow of Two Worlds” sort of approach. That’s fun for fans.

It also allows us to have a Team Arrow type of presence in the book.

But, more than that, it gives us a strong connection between the two earths that allows us to dig into events and the way they played out on both worlds. Jeff Lemire is our resident Arrow expert and the way he’s managed to build much of this off what he did in Ollie’s own book is fantastic.

MSG: In developing the pace of the series,what process did you and the other writers use to plan out how so many disparate pieces would eventually come together — as they are starting to now?

DJ: That was really one of the toughest questions we faced.

One of the best aspects of a weekly book is that it allows you to play with a large cast while moving them through a lot of scenarios. That does take longer to set up and orchestrate. It took us some time to get everyone place but the pace is obviously picking up.

We’re moving much faster now and the characters and story lines will intersect more and more until we build to an explosive conclusion. 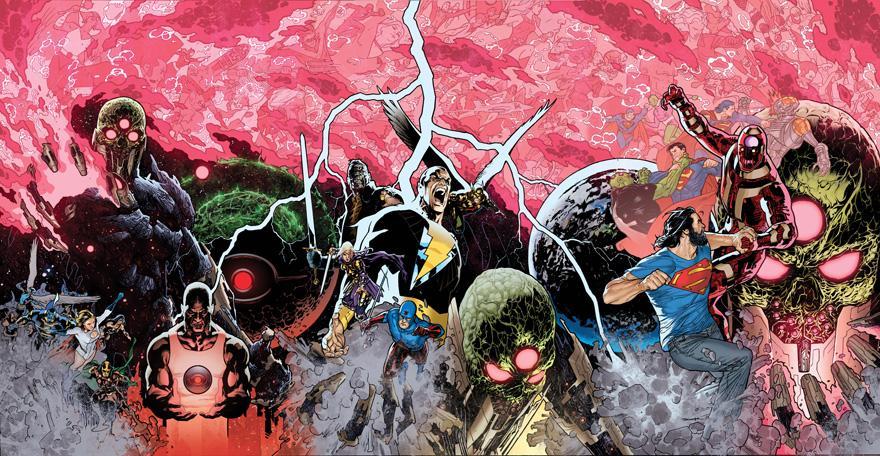 MSG: We’ve seen with September’s special Futures End issues (particularly your Booster Gold issue) some significant ties with the larger DC Universe and a special tease on the most recent October covers. What clues should fans be paying special attention to regarding these red sky images and any other references to DC’s publishing history?

DJ: How much attention should fans pay to what they’ve seen and what we have coming up?

By now, you’ve seen the announcement regarding DC’s new Convergence project. It’s safe to say that much of what you see in Futures End is going to build the road that takes readers to that project and it’s going to be FUN.

MSG: You’ve also had an opportunity to work with quite a few artists on the series as time has gone on. What kind of collaboration have you had with the teams and what have been the standout artistic moments for you?

DJ: We’ve had an incredible cast of talent work on the series. 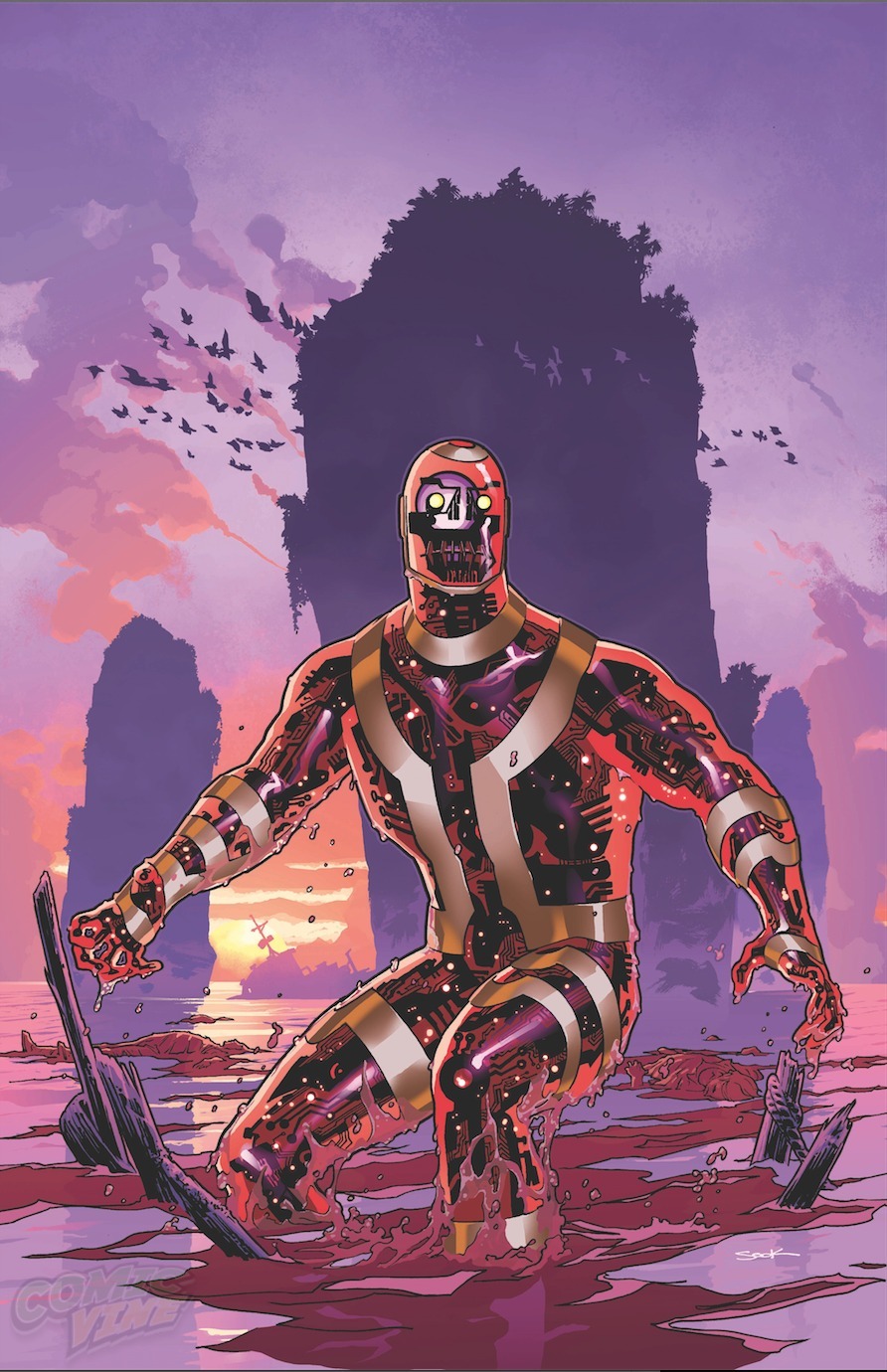 It starts with the amazing run of covers we’ve had, as supplied by Ryan Sook. Ryan continues to knock it out of the park on a weekly basis. The work he did on the triptych covers of #23-25 was as good as it gets.

It should also be noted that he does most of our character and set design work. We spent weeks working through various designs of Brainiac, probably to the point where Ryan was going to stop taking our calls. But he persevered and came up with something that I think is quite brilliant.

Along the way we’ve gotten incredible work from Aaron Lopresti, Jesus Merino, Scot Eaton, Patrick Zircher, Dan Green, Art Thibert, Cully Hamner and more. I’m delighted with the fact that we’re getting this done with a consistent group of artists who are there on a very regular basis. It makes for a much better and consistent story when you can have a regular art team with each artist doing an entire issue, as opposed to a many hands job.

MSG: Any final thoughts or special teases for what’s coming up in the next few issues of New 52: Futures End?

DJ: We’ve said all along that we’re building to something special. That’s even more true today.

We have some major twists and developments coming up in the next couple of issues that will really get people talking. All of those things are designed to raise the stakes and take us to an epic conclusion.

Issue #27 of New 52: Futures End arrives in stores today, alongside Dan Jurgens’ Aquaman and the Others #7. And for more on the upcoming DC Comics event Convergence, check out our summary of the recent news and key to the worlds of the Multiverse.