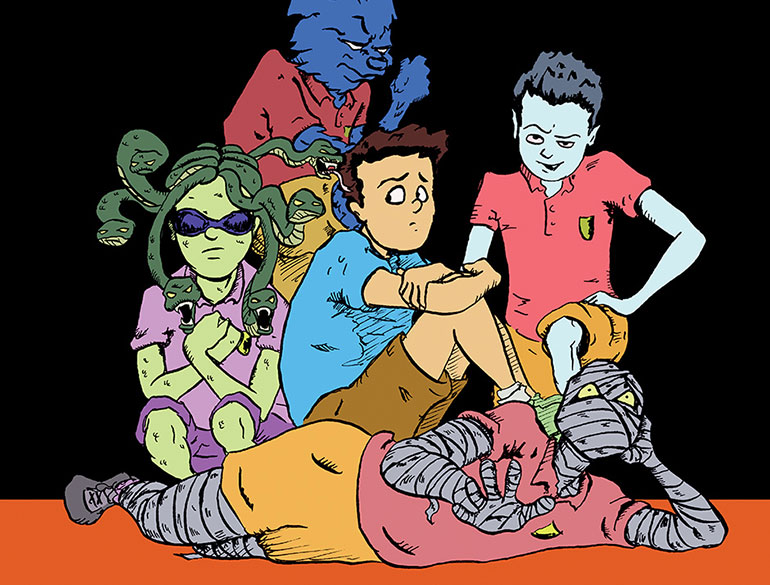 Scared by the Bell is a weekly all-ages web comic about the terrors of making new friends in middle school from cartoonist Dylan Campbell. Talking time out from his schedule, Dylan took the time to talk to me about Scared by the Bell, creating webcomics, and his upcoming projects. 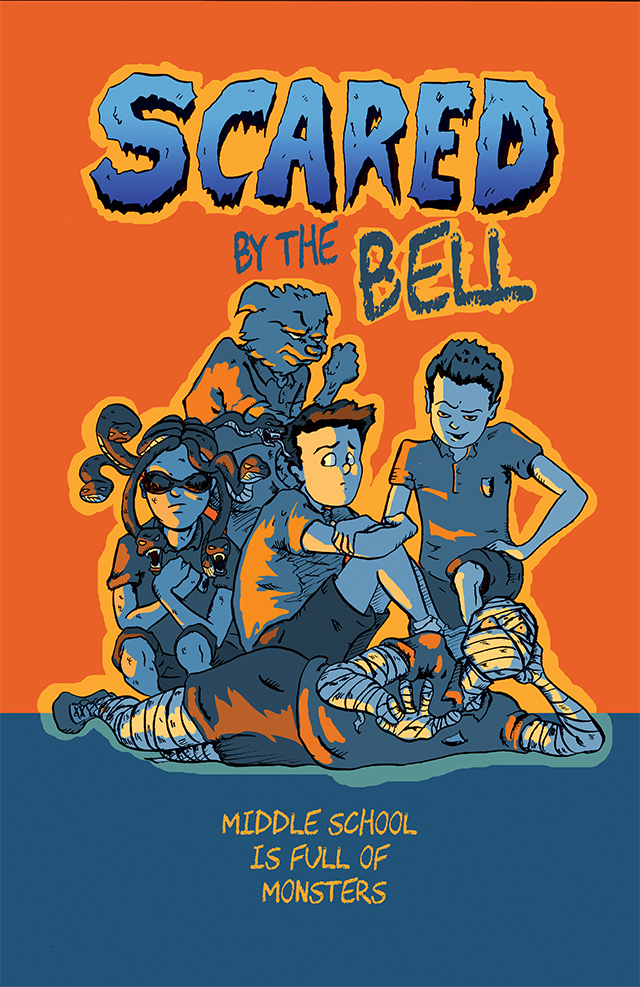 Kelly Richards: For those of our readers who aren’t familiar could you give us an overview of Scared by the Bell?

Dylan Campbell: Scared by the Bell follows Peter, just a normal 6th grader, starting at a new middle school… full of Monsters. We all know Middle School is a horrifying time for most everyone, but Peter’s new classmates are actual Vampires, Werewolves, Cyborgs, Gorgons, Mummies… and that’s just in the first issue!

KR: What inspired this project?

DC: Middle School may be full of Monsters, but the normal world these days is a very scary place.  I wanted to tell a story that was packed with all of the fun adventures you get with magic and monsters, but also tackled issues that kids grapple with on a daily basis: peer pressure, bullying, prejudice, that first crush, making friends,  growing up.

On a larger scale, Scared by the Bell deals with the preconceived notions and the terrors associated with, “The Other,” you know, people who are different from yourself.  Peter is confronted with a lot of scary people… but once he gets to know them, they might not be as bad as society or his parents have always told him.

These days we hear a lot of talk about how certain groups of society are dangerous, or out to get us, or just bad in general. I wanted a format where I could tell stories that help empower kids to navigate those kinds of issues. 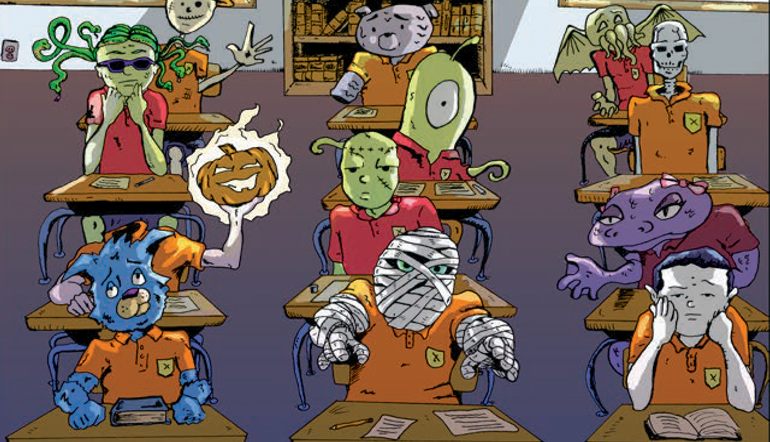 KR: What are you plans for Scared by the Bell going forward?

DC: I have the stories roughed out until issue #6, but it will keep going after that.  I have a webcomic version that is updated every Friday, and then there are print runs coming out for each twenty-four page issue.

The plan is to just keep going foreverrrrrrr. I really like all “my kids” and look forward to telling lots of stories with them. Star Trek is a big influence on me.

One of my favorite things about the newer iteration of shows (Next Gen, DS9, Voyager) is that it’s very much an ensemble show, but each episode will drill down into certain characters episode by episode. For instance, there is one is about Worf and his family heritage, and I explore Star Trek and the Enterprise through the character’s point of view. So, while the first arc might center on Peter, we’ll be centering on other kids as time goes on.

KR: Do you have any other projects in the works, or any stories you would like to tackle?

DC: I do have another story I’m brewing that deals a lot more with peer pressure, family influence and growing up that will start surfacing in 2018. It will be a tad more adult. Scared by the Bell qualifies as “middle grade.” This next one would be more, “Young Adult/YA.”

Other than that, I look forward to telling lots of stories in the sandbox that is, Scared by the Bell. Peter is going to have to deal with prejudice, peer pressure, bad influences, and probably the scariest thing… he’ll have to start dealing with girls (along with not failing his classes). 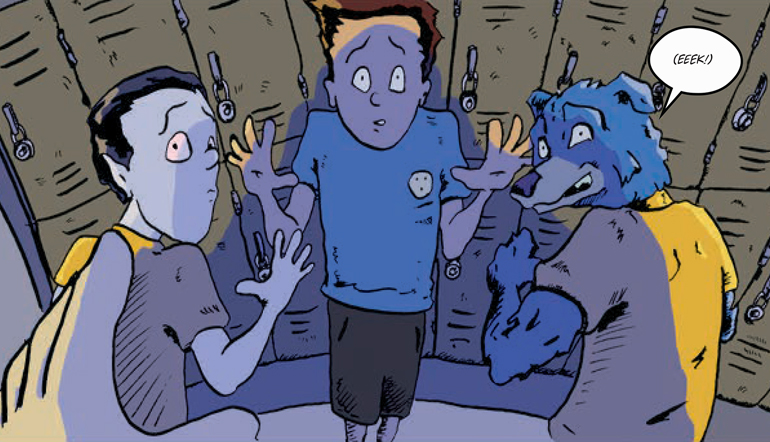 KR: What are some of your favourite webcomics?

DC: There are so many talented people out there on the interwebs it is inspiring and intimidating at the same time.  I really like, The Pale by Sanders Fabares and Jay Fabares. And, The Wormworld Saga by Daniel Lieske. Of course, all of Jason Brubaker’s stuff, and the adorable, Catana Comics. Oh, and I love Tilly Walden’s stuff.

DC: Thanks for taking the time to check us out!  You can follow the webcomic with new updates every week over at: www.scaredbythebell.com.