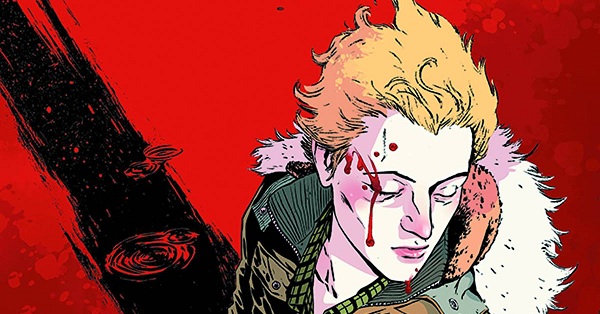 Ed Brisson, writer of Comeback, has returned to Image Comics for a story that looks at apocalyptic preparations in his newest work, Sheltered. He reunites with Johnnie Christmas to tell the tale of Safe Haven and its residents, a group bent on being ready for when the world falls apart. Brisson was kind enough to take time to discuss the project with Comicosity, including what readers can expect from Sheltered.

Aaron Long: Let’s start at the beginning: how did Sheltered come to be? Have you been developing this title for awhile? 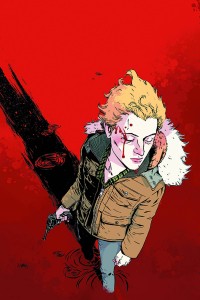 Ed Brisson: Johnnie and I have been talking about doing something for a few years now. Once COMEBACK got off the ground, Johnnie and I decided to try to put together a pitch. We met up and, over a six pack of beer, started tossing around about a half dozen ideas for comics we’d like to do together.

We talked over quite a few ideas and nothing was really clicking. I mentioned that I’d been thinking of a concept about kids who grew up in prepper environment and how that would affect them psychologically but didn’t really have anything beyond that. We both liked the idea and talked it over more and I spent the next few weeks doing research and just developing the idea. Pretty early into the research a story idea emerged and that’s when we really started to get excited about the project.

AL: Sheltered is set in a place called Safe Haven, which sounds like anything but. Can you discuss the world of Sheltered and what has prompted the creation of Safe Haven?

EB: Safe Haven was created as a place for survivalists to band together, pool their resources, train and be as prepared as possible. It’s the ideal place to be if society breaks down or America is suddenly nuked. It is literally meant to be a safe haven, but proves to be anything but.

AL: The story focuses on Lucas and Victoria, two residents of Safe Haven with very different circumstances. Can you discuss what these characters will be facing and what their roles are in Sheltered? 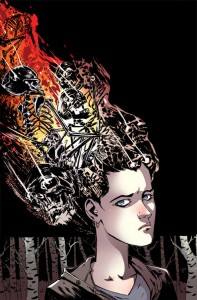 EB: Lucas first has to face the harsh reality of WHAT these kids are going to have to do to survive the pending disaster. From there, one of his major concerns is keeping the group together and on task. Just because the end of humanity as we know it is coming, doesn’t mean that it’s happening right away. They don’t know when, other than soon — and that creates a lot of conflict. Additionally, some of the kids are…well, kids. They don’t think long term and that causes other problems.

Victoria wasn’t raised at Safe Haven. She’s a recent arrival and as such has a completely different world view than the rest of the kids. While she’s a pretty cynical person, she doesn’t put much faith in the idea of the world ending or society breaking down. She sees herself as a pillar of rationality in a compound full of (armed) Chicken Littles. Because of this, when things go down, she’s kept in the dark and ends up on the run. Her doubt, to the mind of the others, is a threat to the groups survival.

AL: Sheltered reunites you with one of your Murder Book collaborators Johnnie Christmas. When envisioning the world of Sheltered, what about Johnnie’s style jumped out at you as being the perfect fit?

EB: We developed the idea together, so there was really no other artist who was even in the running. This is our baby.

I love working with Johnnie. He lives here in Vancouver, so it makes it easy to meet up and talk things over and plan. He’s great at critiquing scripts and never balks anytime I might ask for a change in the art. We work together great and are just laser focused on making the best damn comics possible.

AL: Do you have any teases for Comicosity’s readers regarding Sheltered or any other upcoming projects?

As for SHELTERED, I’m hoping that the story is going to go places that people aren’t going to expect. Things in Safe Haven are going to get a whole lot worse before they get better.