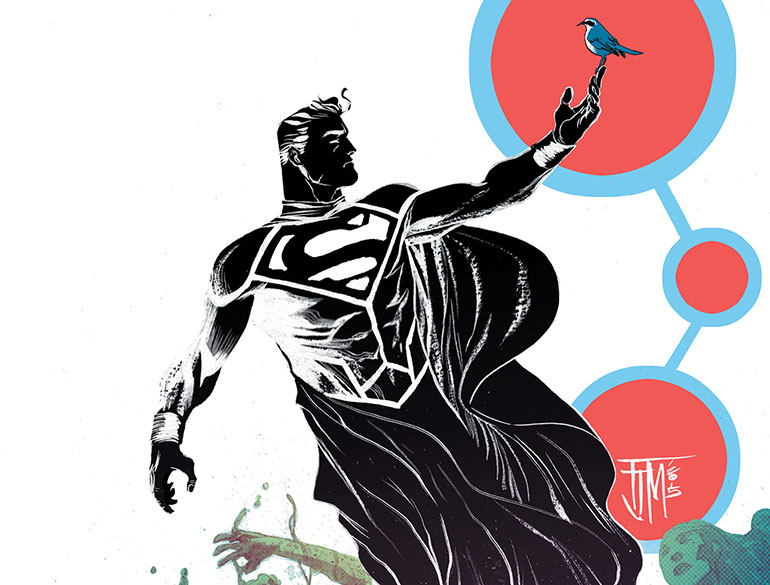 No one leaves Apokolips unscathed, even Superman. As the Man of Steel returns to Earth in the wake of Darkseid’s death over in Justice League, his transformation into the New God of Strength is complete, and that’s more than a little bit scary for the denizens of Metropolis. There to usher in a new era of darkness for Superman is writer Francis Manapul, jumping in on one of six one-shot stories spinning out of The Darkseid War. We sat down with Manapul to explore a little about what makes this iteration of Superman tick, how Jimmy Olsen figures in, and what it’s like to write one chapter and draw another. 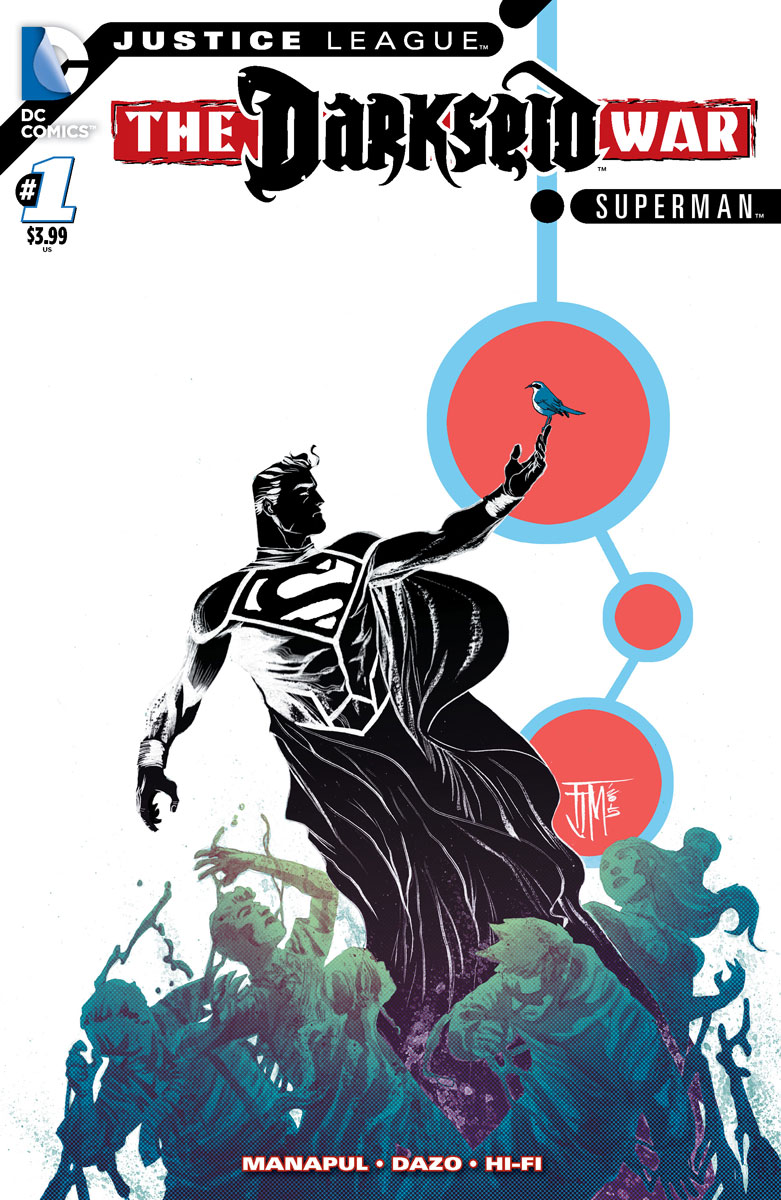 Matt Santori: Maybe this is the obvious question, but what’s so attractive about a corrupted Superman? It never seems to get old for fans or for creators.

Francis Manapul: I think anytime you do an evil Superman, it feels like an exploration of what makes him super. This absence of morality, or in this case, simple apathy. He’s not a villainous version of himself. He’s not out doing bad things. But he is out doing things that are only for him. It’s all about him, and that fundamentally changes who Superman is. And brings to light what he’s usually all about: he’s completely selfless.

Exploring him in this manner reminds us what makes him such a different character from all the other heroes.

MSG: So, with Justice League #44, Superman has officially become the New God of Strength of Apokolips. How has the concept of strength played into what you crafted for his character?

FM: You see at the beginning of the one-shot that Superman has defeated all of these great warriors in the universe, just in the last few days after leaving Apokolips. Now he’s back on Earth, and the real story begins with an exploration of emotional strength, rather than physical strength. In a way, the story is all centered around his inaction.

MSG: Jimmy Olsen seems to be the POV character for most of the story as well. Why did you think he would be the best focus for this kind of more emotional story?

FM: Jimmy is a real mouthpiece for me as a writer. Here’s a guy that looks at Superman in a certain way, regardless of this physical difference we see in Superman. He knows that underneath the darkness is this guy that he knows, loves, and trusts. Jimmy is essentially the hero of the story. He is really Superman’s best connection to humanity. Here he is, descending into this accented nature that’s overwhelming to him, but Jimmy can still see past that.

And for the readers, Jimmy is the best reminder of who Superman was and how that contrasts with the powerful, corrupted guy in the book. He’s a great analogue for us as fans.

MSG: That seems to come out in the comments Perry White has in the preview pages about media, and about how the news works.

FM: I would say it’s less a commentary on media and more a commentary on feelings that some readers have, that pessimistic attitude towards super-heroes and comic stories. There’s this darkness that’s overwhelming the story, but it’s always headed toward the light, toward a more classic sense of good versus evil. And Jimmy is the guy that sees that.

MSG: How has it been working with your artist, Bong Dazo, on the special?

FM: He was really cool! It’s so interesting to see how dynamic his artwork is. The way I would write it, I have very specific idea in mind, being an illustrator myself. So, seeing his pages is a real treat. His style really works well, with some of that Kirby influence of the New Gods coming in. It’s been great.

MSG: And you had the opportunity to draw Justice League yourself last month with issue #45. Any favorite bits to share as a last thought?

FM: One of my favorite scenes were the scenes on Apokolips with Superman and Lex Luthor. The shift in these characters is undeniable. There’s a real humor to some of it, though, in the center of all of these super serious moments.