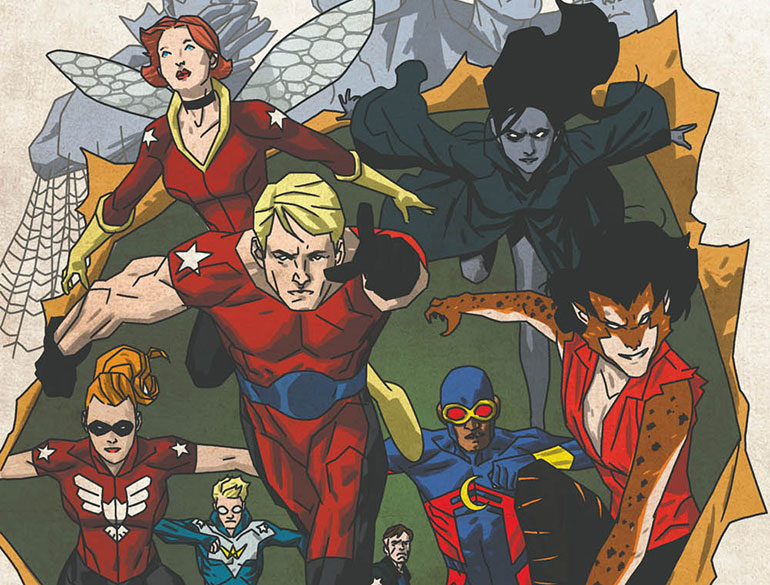 DC and Marvel definitely don’t have the exclusive on super-heroes, now or in the Silver Age. Archie Comics’ own super-hero team The Mighty Crusaders is back and filled with new versions of the original heroes that burst on the scene in the mid-1960s, thanks to Dark Circle Comics and writer Ian Flynn. Flynn sat down with Comicosity to share a few tidbits about the new team and issue #1 hitting stores in December!

Matt Santori: Congrats on the new series, Ian! You’ve been with Archie for quite a long time, having written Sonic the Hedgehog for an extended run. But this is also not your first go at the Crusaders. How does it feel to be returning to these characters and what feels different this go around?

Ian Flynn: Thanks! It feels great to be back. We barely scraped the surface of the Crusaders’ world last time, and I’m hoping to delve even deeper this go around. 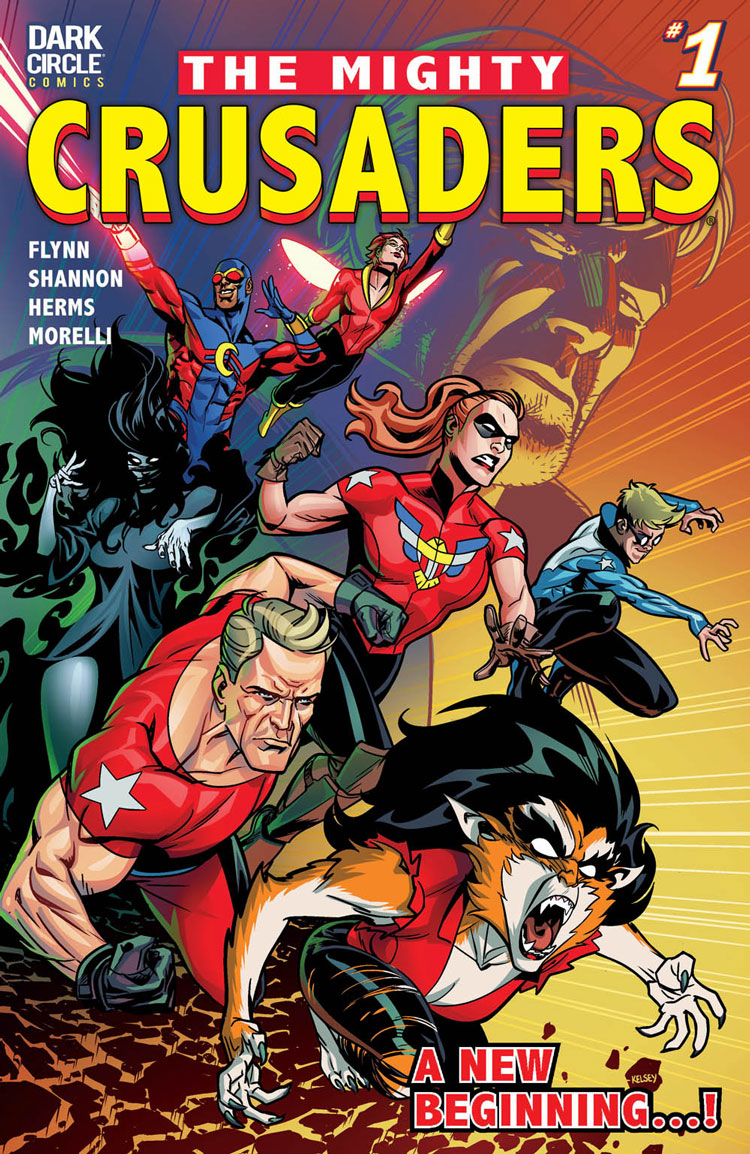 MS: Central to the book right away are two generations of the Shield — Joe Higgins, the original, and his successor Victoria Adams. How are you thinking about their dynamic and relative roles with the team?

IF: That’s the thing – technically, Victoria is the original. Joe didn’t appear for around 200 years later. Yet he’s the elder veteran, and she’s still – in many ways – young and learning. This gives them a really delightful (and slightly bizarre) dynamic. 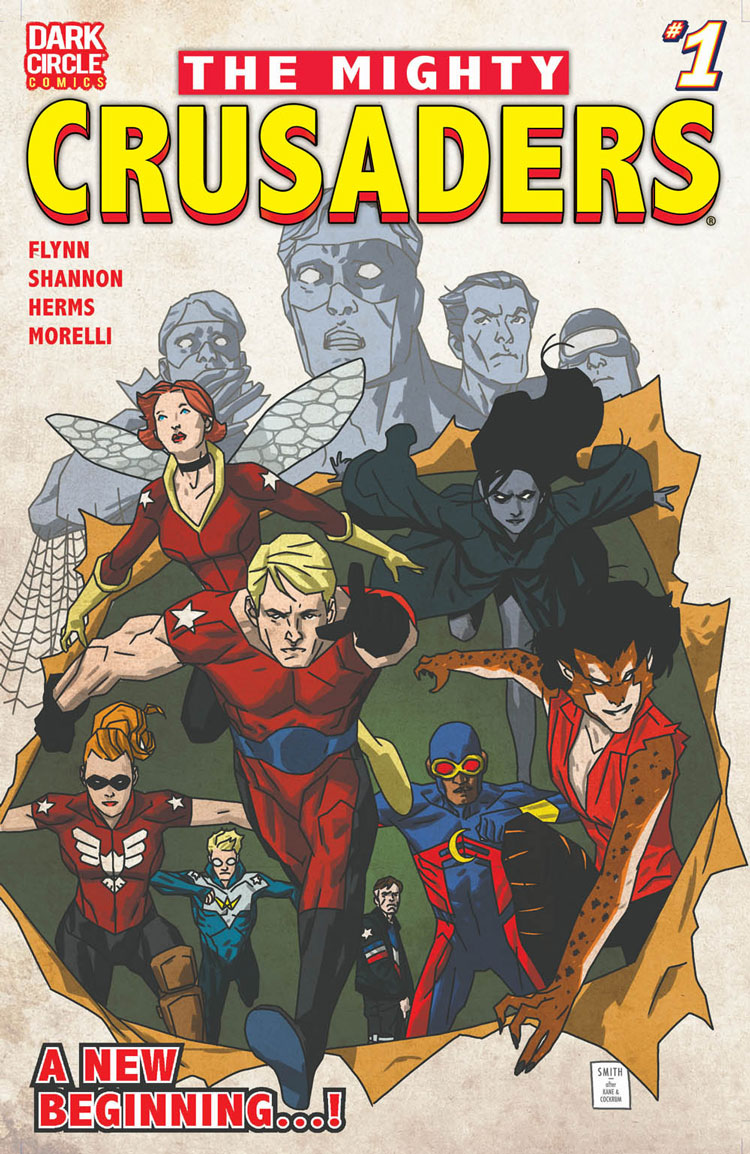 MS: A few of the characters you’ve written in Crusaders before, namely Ivette Velez (the Jaguar), Steel Sterling, and Wyatt Raymond (the Web). What are your thoughts on coming back to each one and what they contribute to the dynamic.

IF: Each of them were really strong characters in their own rights. We’ll be exploring them as a little more grown-up, a little more world-weary, and seeing how they shape a fairly new, rough-around-the-edges team. 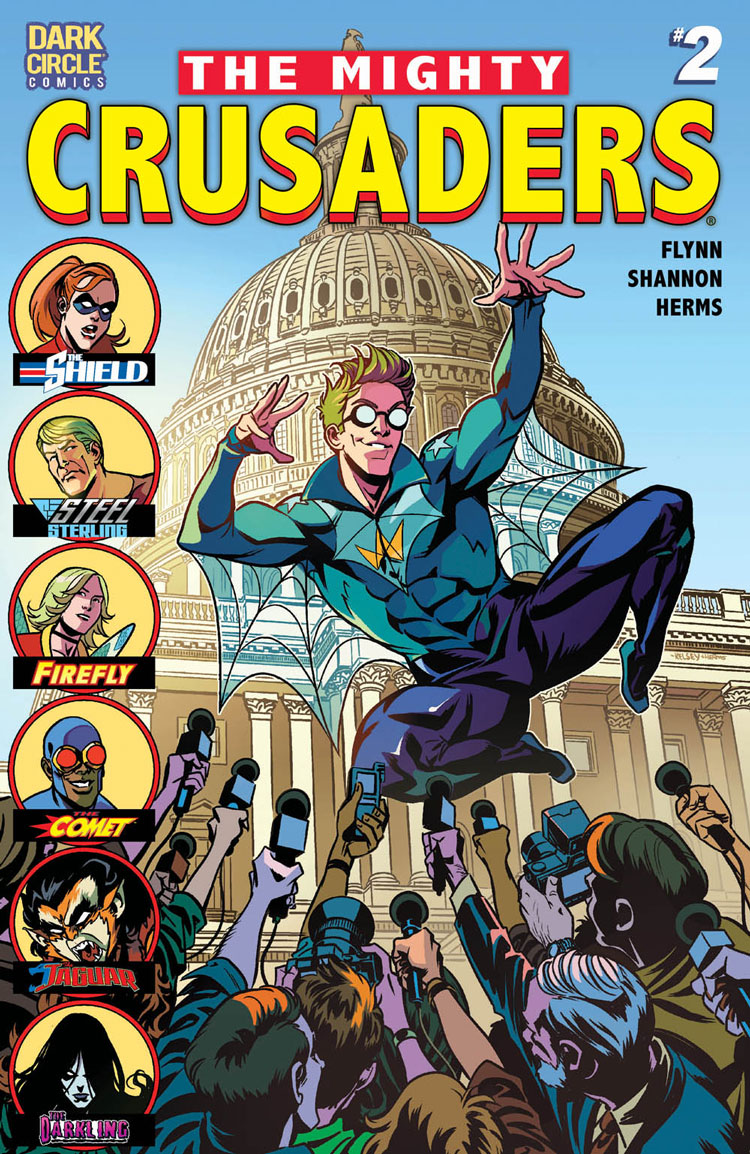 MS: There also seems to be a few newbies on board with Firefly, a new Comet, and Darkling taking center stage — all updates of previous Crusaders. What went into your process for developing these characters? What did you pull from the past and what did you decide to insert fresh?

IF: Fans of New Crusaders will recognize Kelly Brand, formerly Fly-Girl, as our new Firefly.

They’ll also recognize Comet as Greg Reeves, although the name change should raise a few eyebrows as it hints to his origin.

Darkling is inspired by her 1980s counterpart, but is a new addition to our world.

We’ve pooled who they were in past incarnations and rendered a new take on the characters that helps make the entire team dynamic fresh and interesting. Plus their powers are kick-ass to behold. 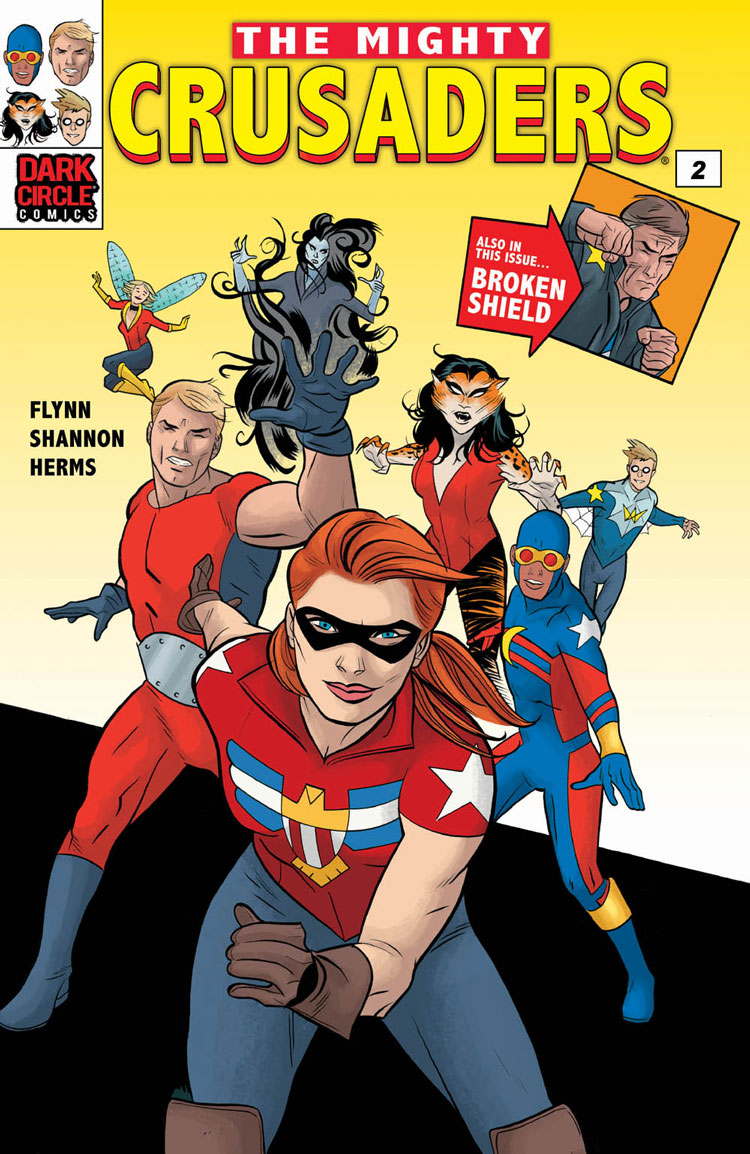 MS: You’re working with Kelsey Shannon on the new series. How has that collaboration been going and what did the artist bring to the table that surprised you?

IF: Kelsey is fantastic, and we are in perfect sync on this book. He has a lively-but-serious style that is perfect for the super-heroics we’ll be enjoying. We’re both extremely hyped for the first issue and the future of the series, and I think that passion will shine through in the comic itself.

MS: The first real threat seems to be looming in the background of issue #1. What can fans expect as the series gets going this December in terms of enemies the team will face?

IF: At the forefront will be some fun enemies. Some are new, some are old, and some are re-imaginings of some classics. Each one brings something delightful – or terrifying – to the story and part of the fun is watching the Crusaders overcome them.

But behind it all is another villainous force at work – a big mover-and-shaker – that will set the stakes for the long-term. 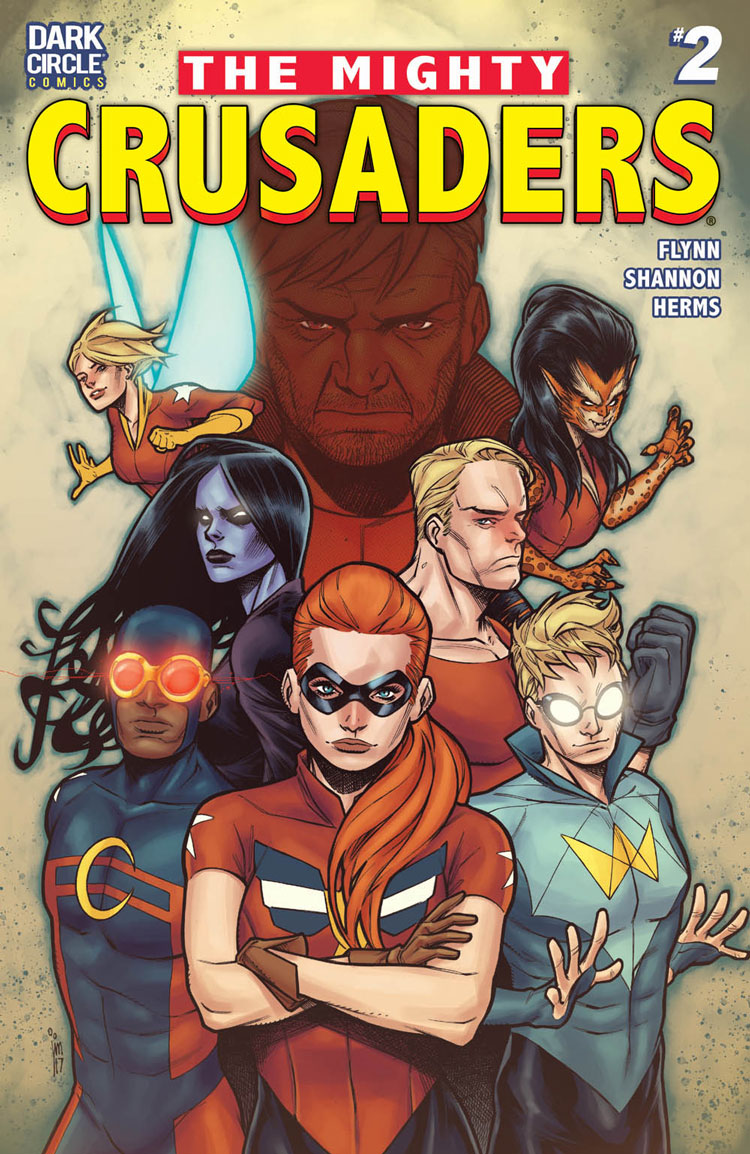 MS: Any final thoughts or special teases about the Mighty Crusaders Archie fans can be looking out for?

IF: Fans of the franchise will be able to pick up on some elements and get an idea of what we have planned. Never fear – you haven’t spoiled yourselves, you’re just sitting in the front roller-coaster car as it crests the hill.

We’ve got a lot of surprises planned from the very beginning so keep your eyes peeled!

The Mighty Crusaders #1 hits stores this December. Contact your shop today to reserve your copy!