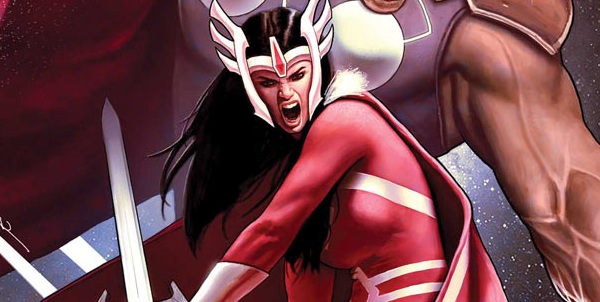 Kathryn Immonen’s first arc of Journey Into Mystery has come to a close, with Sif coming to grips with her rage filled…tendencies, for lack of a better word, but her tale does not stop there! Immonen and artist Valerio Schiti are taking Sif to space and they will be reunited the God with a powerhouse ex, Beta Ray Bill! Immonen was kind enough to take time to discuss the upcoming arc of Journey Into Mystery with Comicosity and what readers can expect from the addition of Beta Ray Bill! 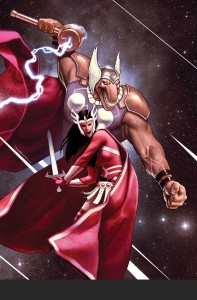 Aaron Long: Sif has just gone through quite a bloodthirsty run as she was enveloped in a berserker rage. Has her blood lust fully left her system or will this be an ongoing issue she has to keep in check?

Kathryn Immonen: I know there was some supposition that the Berserker spell was entirely a ruse… but there is that one pesky little panel in the last issue that tells a different story. So… you know.. MAYBE! That whole Berserker business was really a way to explore Sif’s limits and loyalties. We had her really step over the line in a couple of places. I think any (nearly) immortal super being with a penchant for sword play, and a long history of having to fight for her own life and her people’s safety, is always going to have to keep some part of herself in check. She’s noble but that doesn’t mean she always wants to take the high road.

AL: In the next arc Sif’s ex, Beta-Ray Bill, shows up. How is she going to take his return to her life?

KI: Bill and Sif have a lot to deal with aside from their feelings about each other and I think they are both perfectly happy for the distraction.

AL: Will Sif be heading to space in the next arc, or will Bill be coming to Earth/Asgardia? Can you discuss what threat will be powerful enough to take on these two? 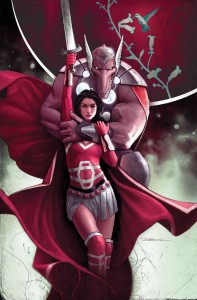 KI: Mostly yes, and partly yes. We’re really looking at this next arc like a creepy ghosty space opera (creeghspapera… I think it’s Welsh, I may not be spelling it correctly) as all the characters are confronted with how they define themselves and each other. So, of course, you literally manifest all those emotions and make them fight them. And then things get weird. The threat that triggers all of this is an alien ship with a predilection for collecting.

AL: You’ve completed one arc with artist Valerio Schiti. Have you found your creative process for Journey Into Mystery has changed in the second arc now that you are more familiar with his style?

KI: I looked pretty carefully at what he was doing pre JiM and from the beginning really tried to concoct something that he’d be interested in drawing. Valerio’s talent is clearly immense and together with Jordie, this book just sings. So no, I wouldn’t say that anything has really changed. I’m just trying to match his stride.

AL: Are there any last words or teases you can share with Comicosity regarding Journey Into Mystery?