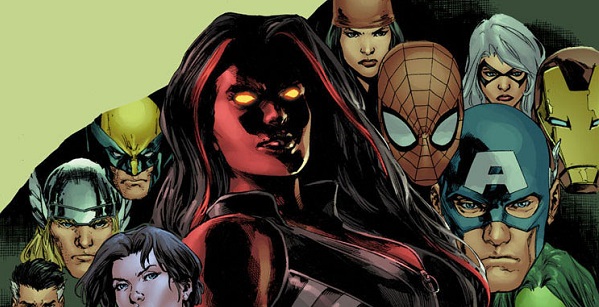 Prepare to read a She-Hulk like you have never read before. Jeff Parker’s Hulk becomes Red She-Hulk in October, shifting the focus from General Ross to his daughter Betty, the long time love of Bruce Banner and now raging red warrior of the Marvel Universe. Red She-Hulk will build on the Betty we have recently seen in the Marvel Universe, and Parker took time out of his schedule to discuss what readers can expect from the title. 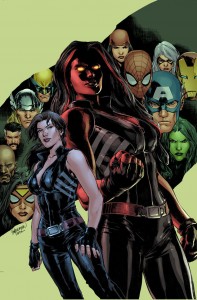 Aaron Long: You are no stranger to Red Hulk(s), having written General “Thunderbolt” Ross for quite a run now. Is your approach to the book similar now that you are focusing on his daughter?

Jeff Parker: It’s actually the opposite. There, I was working to gradually reform a character who arrived as a villain. Now I’m turning a so-far heroic character into a threat. I want her to occupy that role that Hulk did for so long, as the powerful wildcard that you respect and fear.

AL: In other titles Betty has been shown to be headstrong and prone to getting herself into trouble. What is your take on her character? What differentiates her from Jennifer Walters and the other Hulks in your mind?

JP: I’m following that character portrayal that you saw in Defenders, and joining it to the idea of her having a cause- wanting to stop something she’s very afraid of. She doesn’t have the lawyer mind and career focus of Jennifer, most of her adult life has been absorbed by being connected to Hulk, and now being one. We’ll find out that she’s more like Bruce than anyone realized.

AL: Red She-Hulk is becoming the focus of the book at a time that loosely coincides with the Marvel NOW! initiative. Was this by design, or a fortunate coincidence?

JP: A bit of both, the two were forming independently but worked well together as this is such a new launch point. 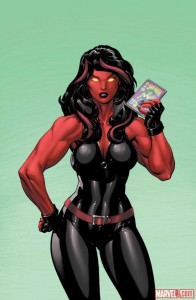 AL: Shifting toward your writing process…with the resurgence of the Marvel method in some current titles, have you considered using it, or are you currently using the method to script Red She-Hulk?

JP: I will sometimes use it (plot descriptions, dialogue later, I assume you mean) in a script during a battle, but I need to write full script for the most part. It works really well when there’s a captioned narrative, but I’m not doing that here. I’m trying to keep you out of Betty’s head as much as possible so you aren’t completely sure of her motivations.

AL: Now for the important question: will Betty be wielding that big-ass sword while she rampages through the pages of Red She-Hulk?

JP: Not at first, but wait!

AL: Any final words for Comicosity’s readers regarding Red She-Hulk?

JP: I’m going for pure thrills and big concepts here, so if you like a lot of action, you’ll be very happy. It’s also gorgeous art with Carlo Pagulayan and Wellinton Alves colored by Val Staples, they make it a true spectacle. I hope you’ll come on board for the first story arc and see what we’re doing here- if you get a chance to say hi to me on Twitter @jeffparker, let me know you read about the book here at Comicosity too.