Trouble is looming over Cybertron, and John Barber is the man who knows exactly how the next giant Transformers conflict will go down. Barber is the writer of Transformers: Robots in Disguise, a title that has focused on the rebuilding of Cybertron and the machinations of the ever enigmatic Shockwave. What does he have planned for the ‘bots of Cybertron? Barber sat down with Comicosity to discuss the title and what is coming for Cybertron and the Transformers Universe.

Aaron Long: In Transformers: Robots in Disguise you just took Optimus Prime on a mind-bending adventure through space and time. Can you discuss how this has mentally prepared him for what is occurring on Cybertron? 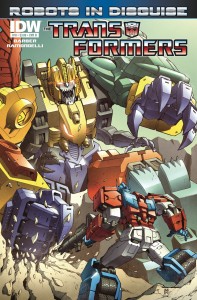 John Barber: Well, his focus is decidedly not on Cybertron at the moment. Optimus Prime–or Orion Pax as he’s calling himself these days–exiled himself from the planet responded to a call from some other Autobots in space who were guarding the captured mad scientist Jhiaxus. Who promptly escaped, and Pax and the other Autobots followed, and just found themselves in a… well, you were right to call it “mind-bending.” They found themselves caught in a situation that seems like it was carefully orchestrated by Jhiaxus’ student, Shockwave. From Pax arriving, to Jhiaxus’ escape, to the search for the 13 Ores that Shockwave planted in different worlds–all of it seems like part of a big master plan.

Shockwave is back on Cybertron, pulling strings from a distance. He’s been unusually quiet during the rebuilding of Cybertron that Robots in Disguise has been focusing on–but his movements have become more overt. This will actually come to a head in the next issue of RID, #11 (that the exceptional Guido Guidi drew). Now some ‘bots on Cybertron know that Shockwave is up to something–and nobody’s going to be happy with that. But there are plenty of other Transformers with agendas and big plans competing on Cybertron…

But in the respect of knowing that Shockwave has his fingers (plus his gun-hand) in some off-world actions–in that respect, Orion Pax has some crucial information for Cybertron… but Cybertron’s going to have some other problems to deal with first, in the form of the looming elections between Bumblebee, Starscream, and Metalhawk. And, er, maybe a surprise dark horse candidate, in a manner of speaking.

AL: The series has been focusing on two of the most cunning and devious characters in the Transformers Universe: Shockwave & Jhiaxus. From a plotting perspective, is it difficult keeping the machinations of this pair going forward without giving away too many details too quickly?

JB: Like I said, Shockwave was keeping pointedly quiet through most of RID. Suspiciously so. Keeping track of what he was doing behind the scenes, and when he was doing what–well, that’s part of the overall story going on. Lots of characters have secret goings-on, so it’s part of the challenge to keep up with everybody. What they’re saying versus what they really mean, and who’s really controlling who. 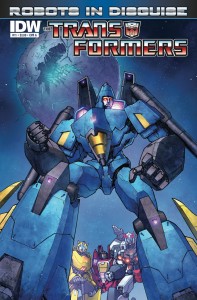 AL: In the upcoming issue you will be bringing back “an old friend”. Can you discuss the impact of this character’s return on the series? Will the tensions on Cybertron be pushed even further to the breaking point with their arrival?

JB: Tensions will be pushed very much past the point of breaking. Everything comes apart in issue 12.

AL: As an editor as well as a writer, do you find it hard to turn off ‘editor-mode’ while scripting? Or are you constantly reviewing your script as you would something written by someone else?

JB: Well, that’s healthy. I mean, if you write and don’t look at your work with a critical eye–don’t edit yourself at all–you’ve got a serious problem. I mean, you have to just press through things sometimes, write through stuff that isn’t working and then come back to it later and make it work. But it’s not like the “writer” part of me doesn’t care about story logic or the “editor” side doesn’t care about making it exciting. They’re on the same side. Carlos Guzman, who’s my actual editor on RID, he’s utterly invaluable to the process. He looks at the scripts and tells me what’s not working and his instincts are dead on. Likewise Michael Kelly at Hasbro, who’s also really involved in all this.

But, well–important tip for anybody that wants to write comics: DEFINITELY REVIEW YOUR SCRIPT AS YOU WOULD SOMETHING WRITTEN BY SOMEONE ELSE. That is literally the only way anybody but you will ever read your stuff.

AL: Any final words for Comicosity’s readers regarding Transformers: Robots in Disguise?

JB: Thanks for everybody that’s been reading! The response has been phenomenal to this and our sister title, TRANSFORMERS: MORE THAN MEETS THE EYE. Both our 2012 Annuals just sold out at the distributor level (meaning your store might have some copies left but they can’t order more–and stores are definitely trying!) so we’re going back to press on them. People’s excitement is still high on these comics!

If you haven’t tried the book–or you’ve never read a Transformers comic before–give it a try! As our readers can attest–it’s not what you expect. Artist Andrew Griffith and I try to mix politics, action, intrigue, and powerful personalities in every issue–and things are really coming to a boil now, as we close in on the climax of our first big story. 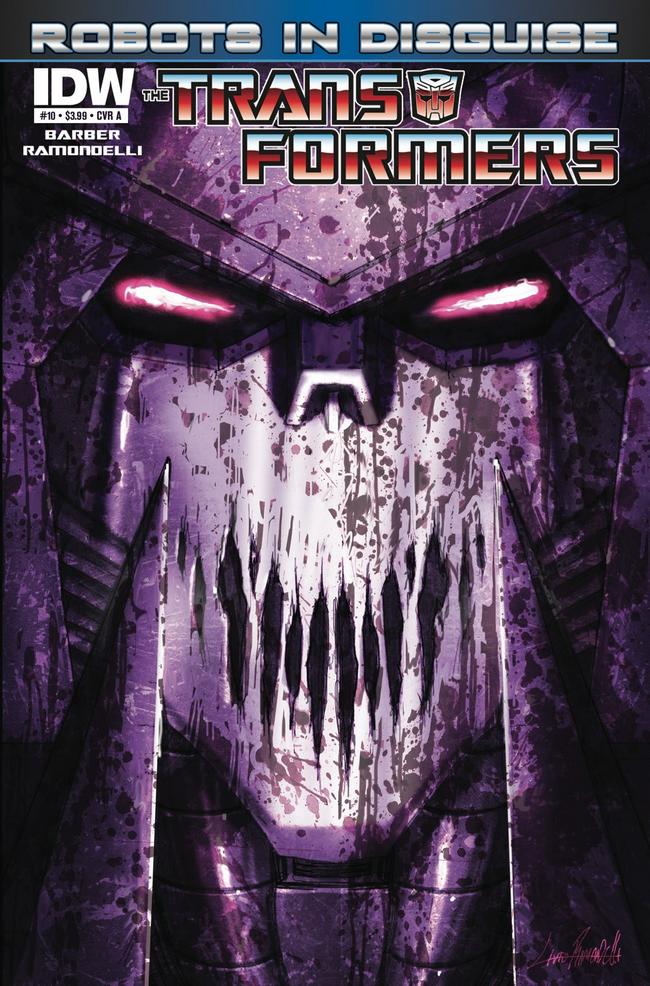 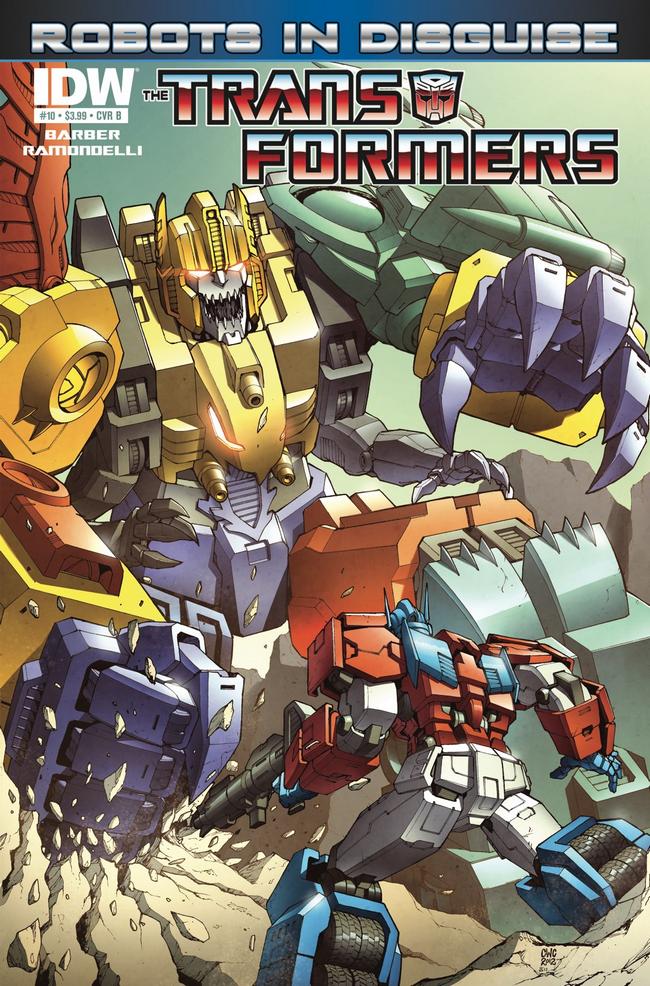 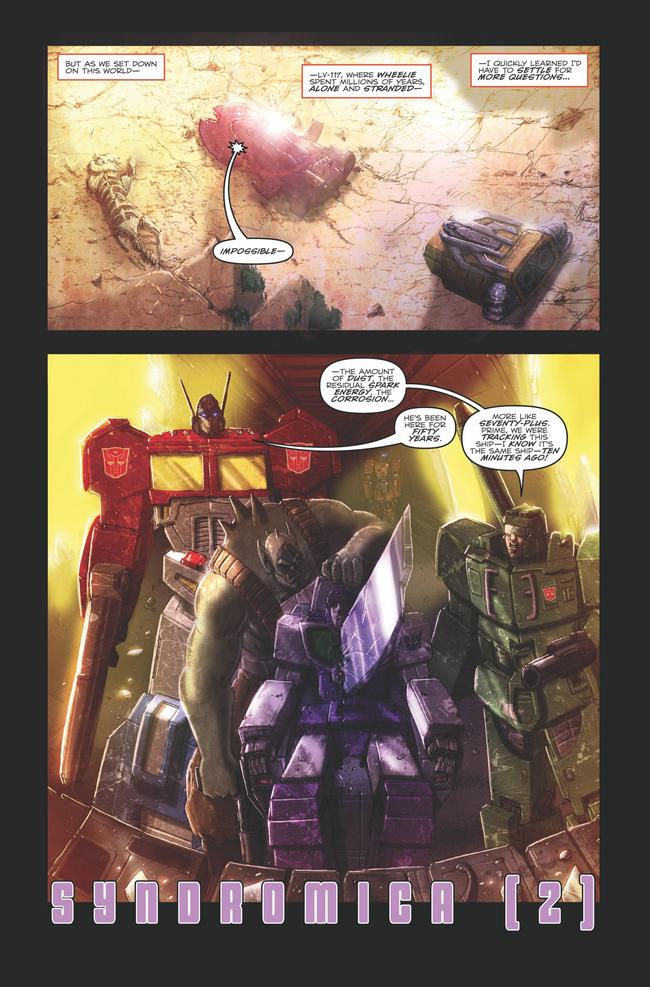 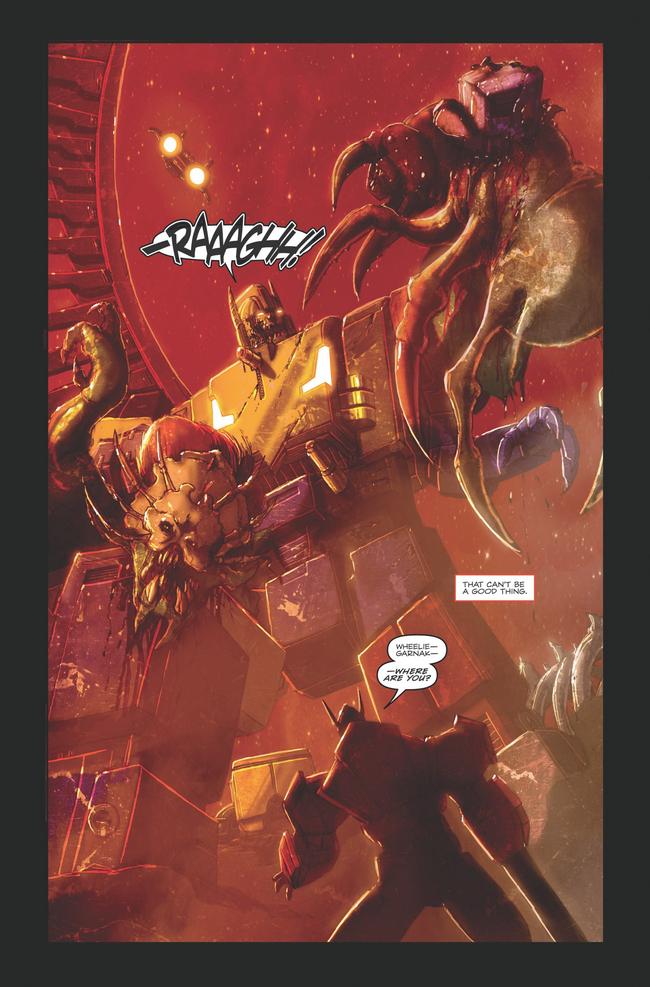 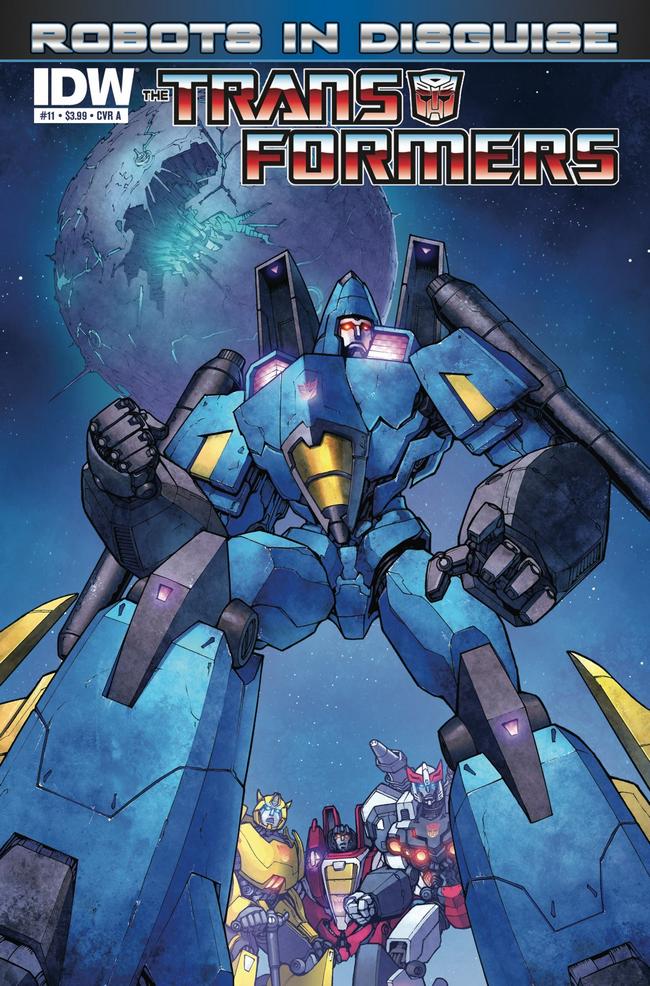 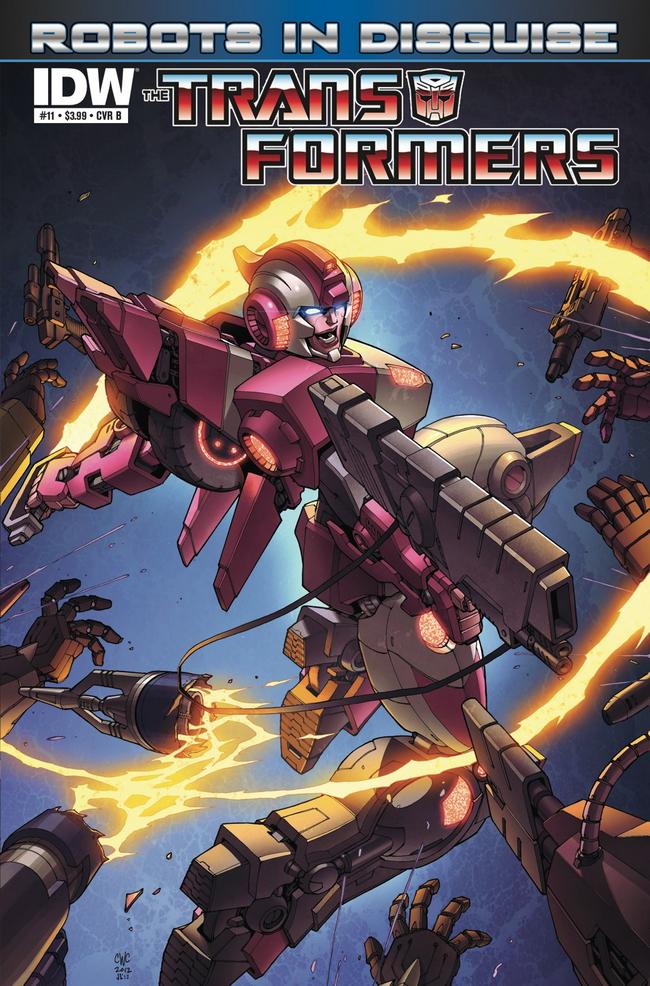 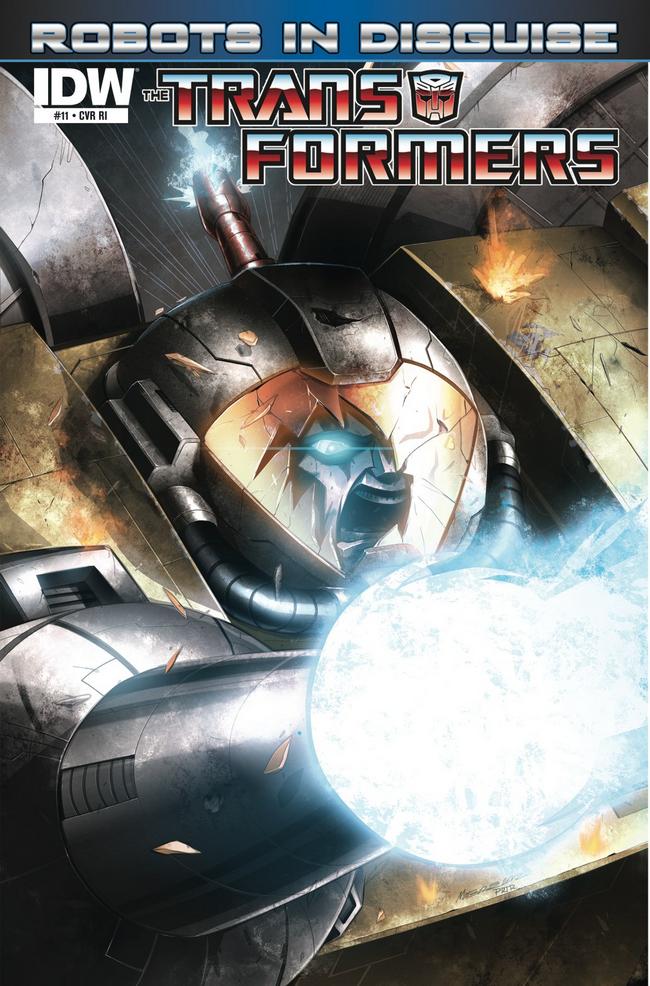 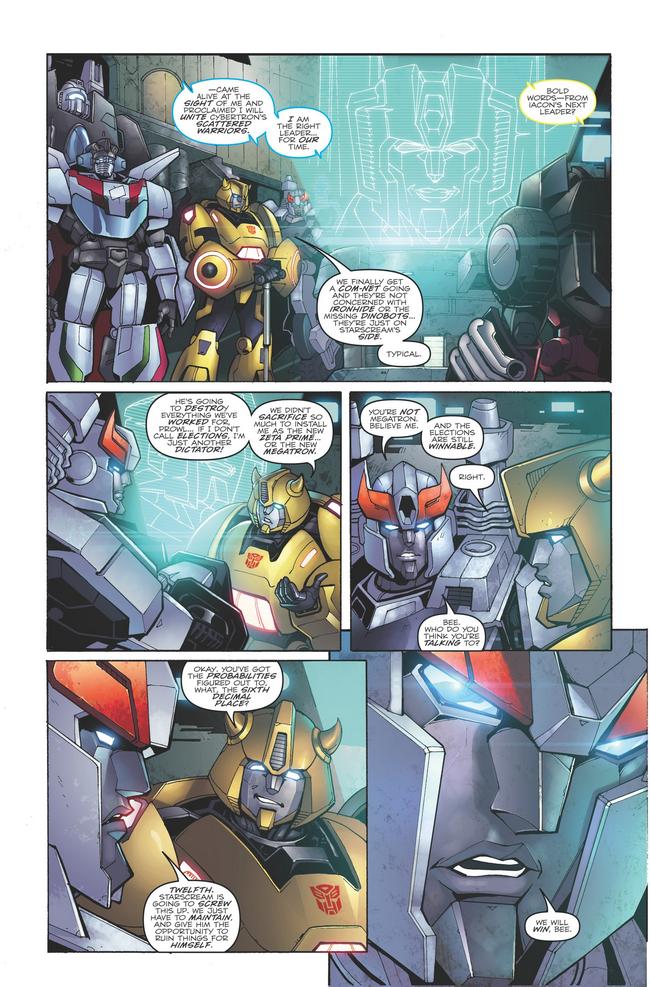 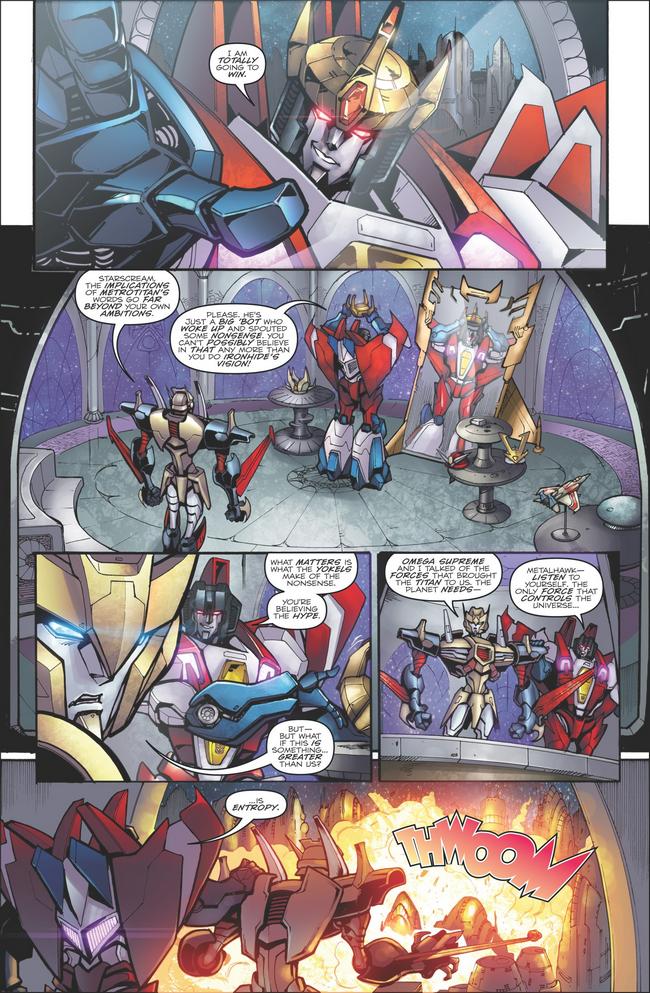