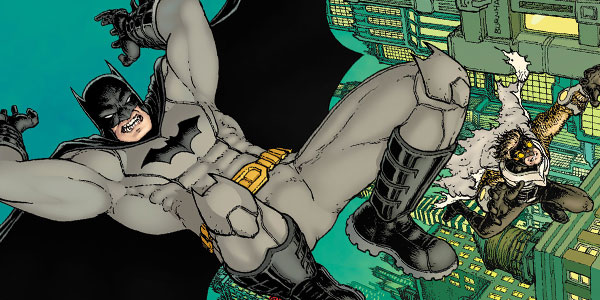 Announced at New York Comic Con, DC Comics has big plans for their second jab at Detective Comics #27 this January, and at its center is “Gothtopia,” a brand new storyline that pits Batman against one of his biggest challenges — a bright and happy Gotham City. This issue also marks the beginning of John Layman’s final storyline for Detective Comics, before he moves over to join his colleagues on the new weekly Batman: Eternal series. Layman took time out of his packed schedule to answer a few questions about what we can expect to see out of Gotham City in the coming months. 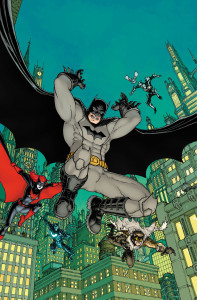 Matt Santori: So, right up front, what does it feel like to be working on Detective Comics #27, John?

John Layman: Pretty good. I worked on Detective #19/#900, so now it feels doubly weird to have worked on an issue with such historical significance. It was really a matter of lucky timing, but no doubt, it’s very cool.

MSG: Launching out of that momentous issue is your last storyline for Detective Comics, “Gothtopia.” Described as “a bright, shiny, happy place where dreams come true,” Gotham City seems to be turned upside down just as the rest of the DC Universe is dominated by the evil of the Crime Syndicate. What was it about that reversal that interested you at the start?

JL: Batman villains are always a study in duality, mirrors held to and against Batman. What if we did the same with Gotham? Gotham is traditionally dark and crime-ridden. What would the Bat-verse be if it were not, and how would Batman function in a city like this, where he is so obviously out of his element?

MSG: Expanding the legend of Gotham City, of course, has been a huge focus in the New 52 for a number of titles. How do you see the city itself as functioning in the Batman mythos, and what is your particular perspective on its overarching historical influence?

JL: It’s a living character. And like characters, it needs to be explored, tweaked and tormented. Gotham is definitely an entity within Batman every bit as worthy of a spotlight as the rest of the supporting cast. 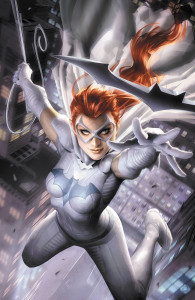 MSG: “Gothtopia” sees a number of Gotham-based heroes getting a bit of a makeover, some in tie-in titles and some presumably in Detective. What can readers look forward to seeing in your title specifically in regard to the effect this reality shift has taken on Batman’s colleagues and city itself?

JL: That was and is the funnest part of the story. Imagine counterparts to the Bat-family, both heroes and villains, in a world that is distinctly un-Gotham like. I tried to put as many characters in as possible, and it’s even cooler that it spread beyond the pages of Detective.

MSG: How does “Gothtopia” play out some of the themes you’ve already built into your entire run, and what has been the core tenet of Batman’s personality for you that this story brings to light?

JL: Well, at the fundamental level, it’s an exploration of what makes Batman tick, and what makes him Batman. In this case, he’s given something he rarely has, a degree of happiness, and a world that is not dark and ugly and festering with corruption. How’s he react? Batman works best in the shadows and darkness of Gotham. What’s he like without the shadows and darkness? 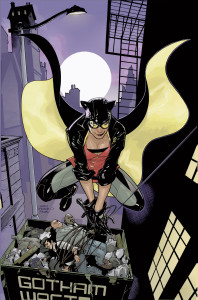 MSG: As you and Jason Fabok conclude your Detective run and move toward a share in the weekly series Batman: Eternal, what has been the most interesting result of your working relationship so far?

JL: It’s been great. Jason is super fast, super talented and super enthusiastic. I couldn’t be happier I get to continue working with him on Eternal. I know he gets a big fanboy thrill out of drawing new Bat-suits and vehicles and a multitude of villains, so I’ve tried to give him that as much and often as possible.

MSG: Will elements of “Gothtopia” lead directly into your Batman: Eternal storyline, and how do you anticipate the shift from monthly to weekly format will impact your writing style?

JL: Eternal will have a different tone than Detective. Faster moving and, like the title says, Detective is a case, whereas Eternal is more action-oriented, and its focus is on the entire Bat-verse.

JL: It’s been a hell of a run. Thanks to everybody who supported it. Hope you stay turned for Eternal, while checking out what Booch and Manapul have planned when they take the Detective reigns.