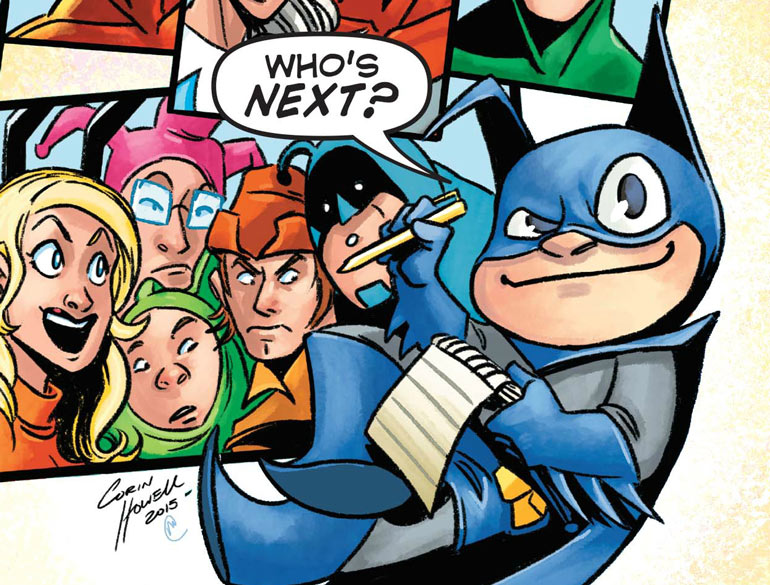 One of DC Comics’ newest mini-series launched this month heralds the return of all-ages content to their mainstream line of books. As Bat-Mite headlines his own title, writer Dan Jurgens and artist Corin Howell take the misguided imp from one edge of the DC Universe to another! Jurgens and Howell took time out from bouncing from one continuity to another to share their thoughts on what makes this series so much fun! 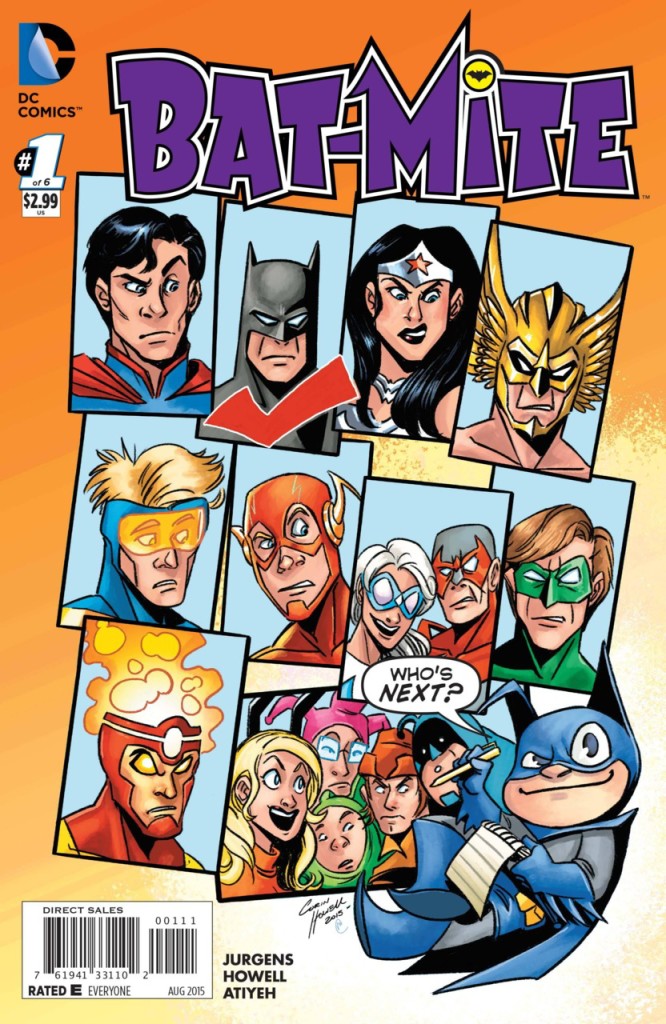 Matt Santori: Guys, thanks so much for taking time out to chat about Bat-Mite! What drew you to the character, out of all those in the DC Universe?

Dan Jurgens: I was really looking to do something different. I had spent a lot of time on really intensive stuff like Futures End and Convergence and wanted something loose, humorous and fun. There were some themes and directions I wanted to explore but really didn’t have a specific character in mind.

He was the perfect vehicle for where I wanted to go.

Bat-Mite is so totally “out there”, that there really isn’t anything we can’t do. He’s so devoid of logic and reason, that almost anything we do is, therefore, logical and reasonable.

Corin Howell: To be honest, I’m actually new to Bat-Mite. I didn’t hear about him until when I ​was first approached with the project. But when they were describing the character, the first thing that I enjoyed was the fact that he was fun and expressive, he was a adorable bouncing cartoon character. 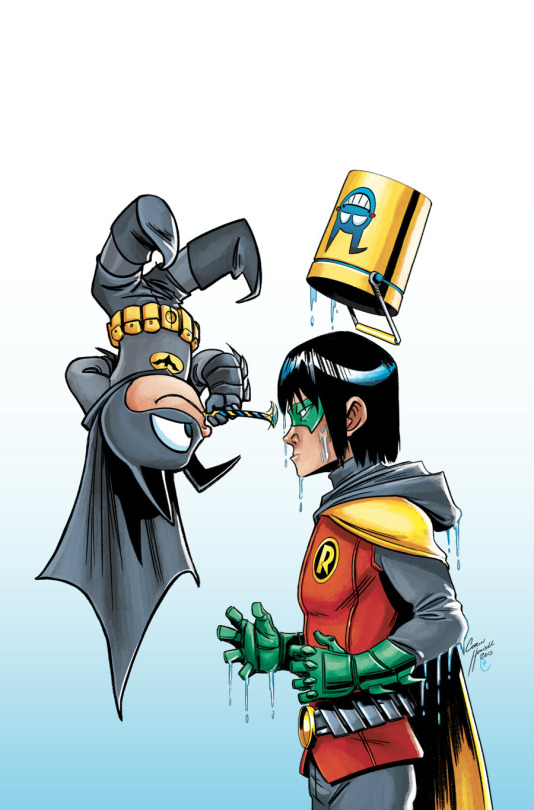 MSG: Bat-Mite has traditionally been only able to play in the Bat-Universe, but it’s looking like he’ll be branching out immediately to interact with other parts of the DCU. How does taking him away from Batman change his mission and how will that affect Bat-Mite himself?

DJ: Bat-Mite is convinced that he’s responsible for Batman’s success. That he, in effect, trained him (Yeah, that’s exactly how misguided he is.).

Unfortunately, anytime he tries to help, well… let’s just say things have a way of getting worse.

CH: Bat-Mite has it in his mind that he can ‘Fix’ the DC Heroes. He thinks he helped Batman (not really) so he wants to take it the other heroes. He has good intentions BUT it often brings in a lot of chaos. Well hilarious chaos. 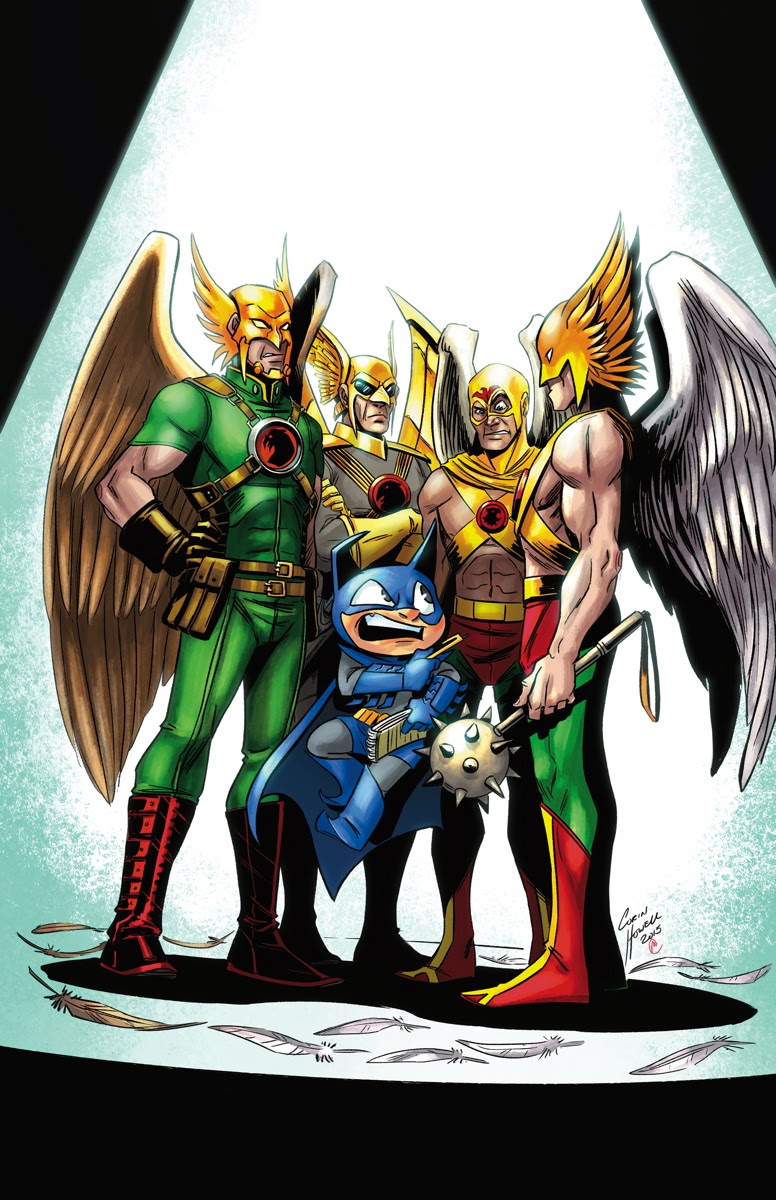 MSG: Dan, how does working on a character like this feel in comparison to more straight-forward super-hero titles like Booster Gold, Superman, or Batman Beyond?

DJ: It’s really liberating. It’s weird– both Bat-Mite and Batman Beyond have “Bat” in their titles but they’re about as different as can be.

Bat-Mite is much more “anything goes”.

MSG: Corin, what’s your thought process behind designing the book and its characters? Are you changing how you would draw some of the heroes because of their proximity to the super imp?

CH: I’m usually very animated with my character designs when it comes to comics. Some of the influences that I brought to this series was Bruce Timm Batman and Justice League cartoons, and The Animaniacs and The Looney Toons. I wanted the new characters to be just as fun and crazy as the cartoons I grew up with. So I am changing how I would draw some of these characters to fit around Bat-Mite, but not too much cause Bat-Mite has to stand out more in the universe.

MSG: Bat-Mite seems like a book that could be enjoyed across all ages, which is a departure previously for DC’s main line. How do both of you approach a book with a potentially younger audience differently?

DJ: I think the idea is to have it work on a couple of different levels. Some of the jokes and references might be interpreted one way by kids and another way by adults. We’re a good mix of different thoughts and ideas. 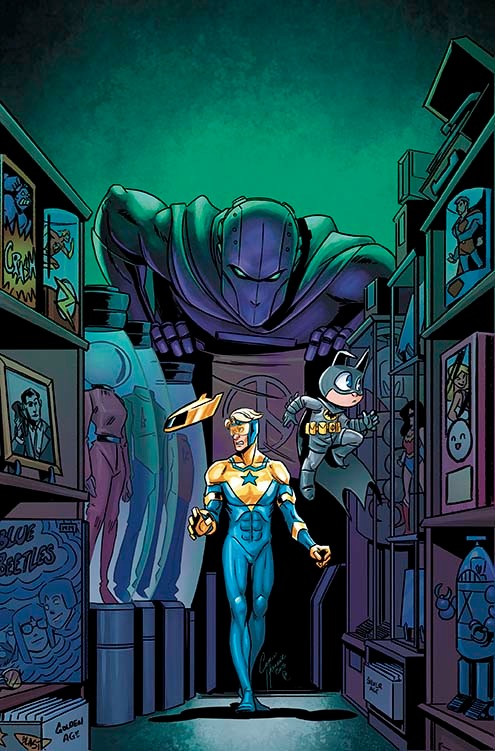 CH: For the visual approach is to make it as fun as possible. Bat-Mite brings out the mix of jokes and craziness we wanted to make sure he was as expressive as possible. Everyone brings in their own ideas and its fun to have that collaborative work.

MSG: With a book like this that could easily skirt continuity, it opens a lot of doors for you both story​-wise. What have been your must-haves going in and which opportunities have made you most excited?

DJ: The biggest “must have” for me was just to be a different kind of book. To have a very different feel from anything else DC had been doing.

The other “must have” was to be fun and entertaining. The rest of the DCU has to be portrayed in straight fashion, while Bat-Mite has to be “out there” character. The ridiculousness has to rest with him.

CH: It’s a different story from what I’ve seen in the DC Universe. It’s exciting that we’re bringing this story to more readers, all ages and making it a fun story for people to enjoy (That and I’m excited to draw Booster Gold).

Though a ‘must have’ is to keep Bat-Mite as crazy and ridiculous as possible compared to the other characters. 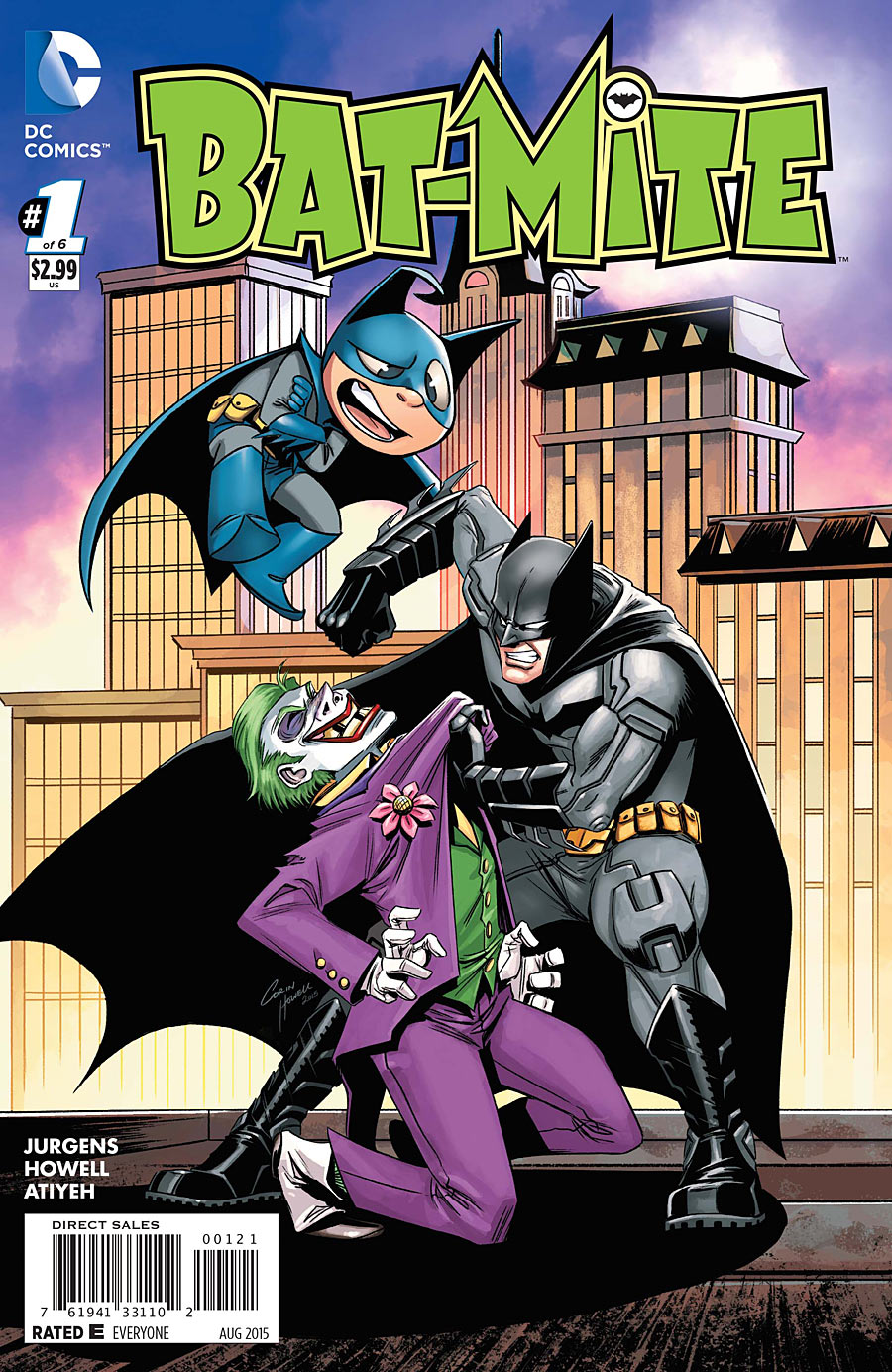 DJ: Neither! He’s obviously a bit of both. His heart is in the right place, after all.

CH: He kind of falls into both of the category because he kind of does his own thing: brings in the good thoughts and then crazy stuff happens.

DJ: Check it out! Corin and Mike Atiyeh (our colorist) have created a very unique, expressive style for the book. Our playground is the entire DCU, and we’re doing our best not to break it.

CH: You should check it out! Its fun! I had a lot of fun working on with Dan and Mike, and I hope you guys will have a lot of fun reading it.

Issue #1 of Bat-Mite is available in comic shops and online now, with #2 arriving Wednesday, July 1 from DC Comics.