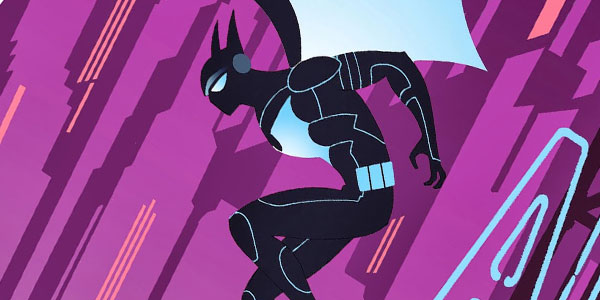 The hardest working guys in comics are still at it, with Batwing’s lead character Luke Fox taking center stage in the Bat-family this coming year, and in no place more than his own ongoing title. With last month’s Zero Year tie-in, and the upcoming Gothtopia tie-in story, readers have a unique chance to catch up on where Fox is at with his development as a hero and how he fits into the Dark Knight’s greater world. Scribes Jimmy Palmiotti and Justin Gray took time out of their busy schedule to answer some questions and provoke even more questions about the future of Batwing in the DC Universe! 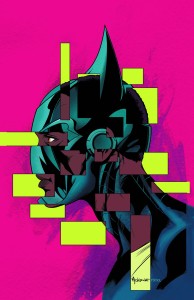 Matt Santori: So, guys, when last we spoke you were about to debut your first issue of Batwing. How have you felt about the reaction to Luke Fox’s introduction since then?

Justin Gray: I think overall people have been surprised and pleased with the direction and have embraced the idea of Luke becoming Batwing. There’s a greater resonance with the other titles and Gotham in particular. We’ve been rolling with the other books, first Zero Year, now Gothtopia and into next year where we explore some of the Gotham underworld.

Jimmy Palmiotti: The mission when taking on the title was to create a Batwing that would attract a wider audience and I think with the crossovers and upcoming year of having Luke in the other books, this will accomplish that, but in the end, it is up to us to make this the most interesting character we can and on that level, I think we have had some success.

MSG: What’s been the most surprising thing about writing Luke for each of you?

JG: I enjoy working with the Bat family in different way. Luke has to stand out beyond the suit he has to be someone engaging, a person whose struggles we share and root for him to overcome. Trying to balance his relationship with Batman and his father Lucius is a very fun challenge. 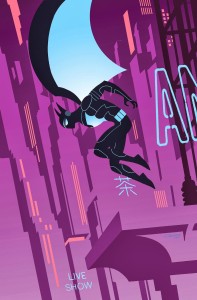 JP: Luke has become a real flesh and blood character to me and like any book you spend a lot of time working on, its vital to feel the character come out…to make sure he has a very distinctive persona and I think we are doing this pretty well right now. After the events coming in the next few issues…after we wrote them and they have had time to sink in, a lot of things have changed with the world around the character and his supporting cast, and it is really shifting the way the character is presented, in a good way. Everything in Luke’s world has a feeling of movement and passion.

MSG: Launching out of Detective Comics #27 is of course “Gothtopia.” What drove you to get involved in the storyline and how much coordination have you been doing with John Layman?

JG: We were a part of the initial discussions and fed off some of the ideas that John and other writers like Gail Simone and Ann Nocenti were developing. I think Jimmy and I strive to find ways to make Batwing different from other books even within the rules of a shared universe of crossover style event. We loved John’s idea and the way he was presenting it in Detective but we didn’t want readers to feel like they were covering the same ground in Batwing if they picked up both titles. 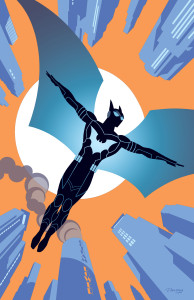 MSG: Described as “a bright, shiny, happy place where dreams come true,” Gotham City seems to be turned upside down, but my impression isn’t that Luke’s had that rough a road to date. What’s changed up front for Luke that makes this reality shift compelling?

JG: Luke’s relationship with his father and family have been a big part of the book and seeing that through Gothtopian eyes presents a lot of great character moments. You mention that things haven’t been all that difficult to date, but that is about to radically change. Luke’s life is going to be torn apart by the worst kind of enemy, the one all superheroes fear most and it will take all of his inner and outer strength to survive what is coming.

JP: What Luke has to deal with in the next 6 months would be a game changer for any character and with Luke, its especially personal.

MSG: So far, Luke’s partnership with the Batman has been more… agreeable, let’s say, than a lot of his past relationships with partners. Why do you think that is, and can we expect to see a difference when Gothtopia rears its head?

JG: We’ve been putting some distance between Batman and Batwing with regard to actively fighting side by side. Again the storyline that comes out of Gothtopia changes the status quo and hopefully adds several new creative dimensions to Gotham and Luke’s view of it.

JP: With any crossover event, things change but we have to make sure we stay true to the character no matter what. Batman is still a big part of his life, obviously, but the events going forward cause Luke to look and act on a different level than he has been in the past. This is the time where he has to step up and be the hero to a lot of people in his life and its not an easy road ahead for him. 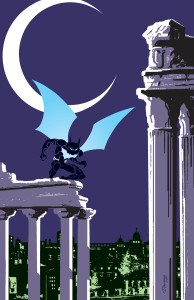 MSG: Luke’s been operating on a somewhat global scale to date, but with the next storyline placing him — presumably — firmly back in Gotham City, will we get to see a different family dynamic and connections to a more grounded supporting cast.

JG: This next arc is all about family and Gotham and how Batwing fits or doesn’t fit into it. So far being a vigilante has been impersonal. He’s been having fun as Batwing. He is going to learn the hard way that being a vigilante comes with a price and how you deal with problems is a defining characteristic of any hero.

MSG: The appearance of the new Legionary in the last issue of Batwing was quite the welcome surprise! Will we be seeing more former operatives of Batman Incorporated crossing Luke’s path, either out in the world or in Gotham itself in Gothtopia?

JG: We would like to revisit aspects of Batman Incorporated in the future for sure. There’s a great fun mythology that Grant was developing and reimagining. The idea is brilliant when you look at the Batmen/women of the world and how they would be motivated based on cultural differences.

JP: Without giving a lot away, this next year we get to see Batwing become a bigger player in the Batman universe and at the same time, those close to him are going through some really life altering changes that will shake up who Luke is and why he does what he does. The crossover is a great jumping on point for new readers and our plan is to give everyone the best work we can and keep them coming back for more.

Batwing #27, the first part of the title’s tie-in to the Gothtopia crossover, arrives in comic stores this Wednesday from DC Comics!