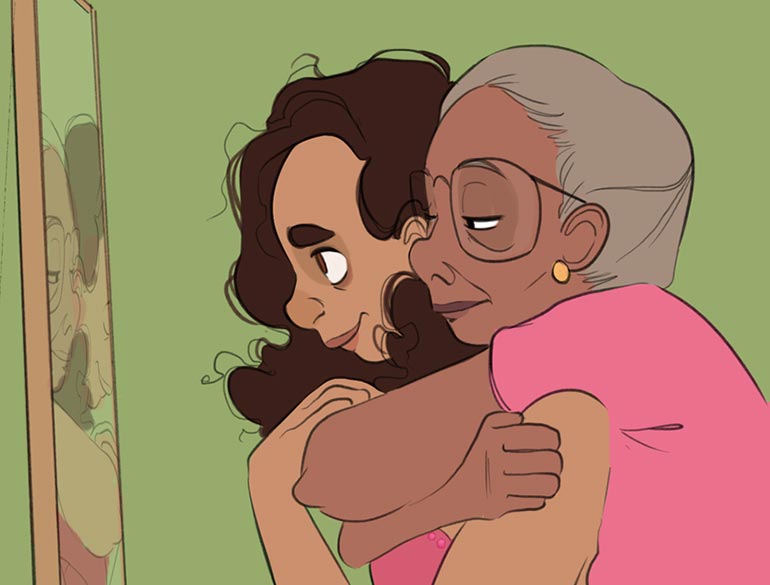 Written by Kit Steinkellner, illustrated by Emma Steinkellner, and created by Sebastian Kadlecik, Quince is a 15-issue, bilingual comic book series about a teenage girl who discovers she has super powers while celebrating her quinceañera. With only two more issues until its conclusion I spoke with the team as they prepare to wrap up their story.

Kelly Richards: Thanks again for speaking with us, for anyone who missed your previous interview with us at Comicosity would you mind introducing yourselves and giving our readers a brief overview of Quince?

Kit Steinkellner: Quince is the story of Lupe, your insecure, well-meaning, occasionally cranky teenage girl whose life is completely turned upside down when she discovers she has superpowers at her quinceañera.

Her quince powers only last as long as she’s fifteen, so over the course of this rollercoaster year, we follow the adventures of Lupe as she figures out what it really means to be a hero. It’s a fifteen-issue limited series comic that has now been collected in our beautiful trade paperback from Fanbase Press! 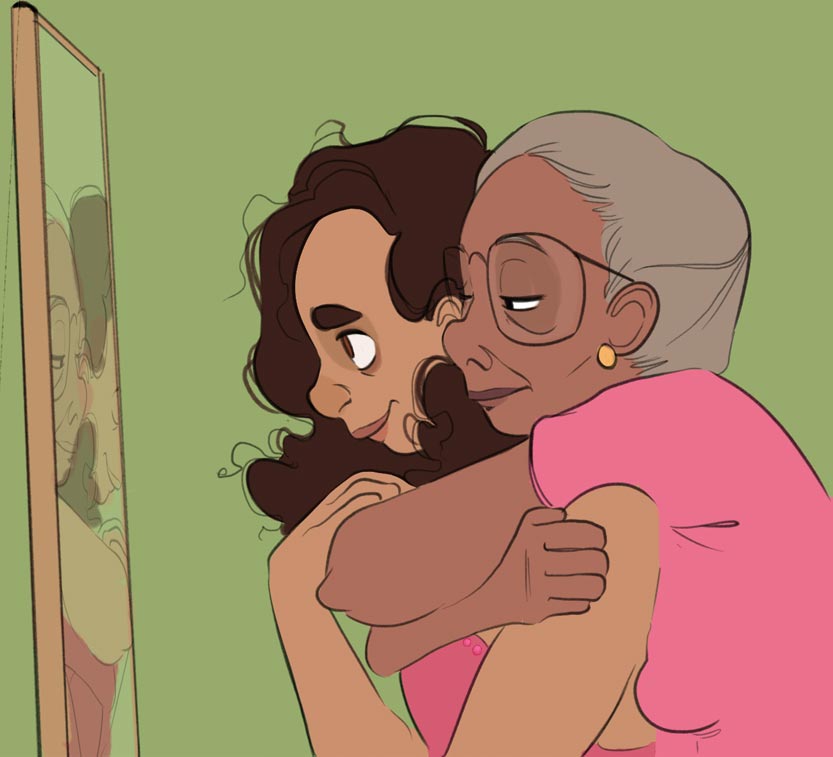 KR: What inspired you to tell this story?

Sebastian Kadlecik: I really wanted to do a project that focused on and celebrated my family’s heritage. I found myself inspired by the quinceañeras I’d been to, and it struck me how emotional the experience must be. That reminded me of the many superhero stories in which young people manifest their powers at times of heightened emotion.

It seemed like a quince would be the best/worst time to go through something like that, when there’s seemingly nowhere to hide. I was also excited by the fact that this story is rooted in a very specific cultural event, one that symbolizes transition and coming of age. Most importantly, I was inspired by my nieces. Seeing them running around dressed as superheroes, I couldn’t help but think it would be awesome if they had more representation in the superhero genre. That made it much more personal and put the fire in my heart to get this story told. 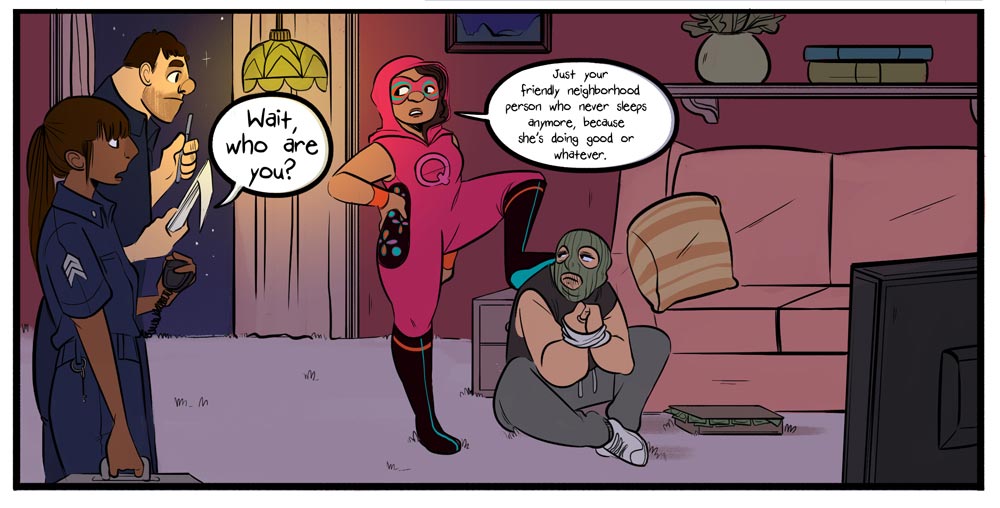 KR: How have you found working together? It’s quite unusual for the creator to be neither the writer nor the artist on a book.

SK: Working together has been an absolute dream. I conceived Quince as a TV show originally, and I put together a bunch of material for that. Ultimately, I realized it would actually make an amazing comic book series. I thought about doing it on my own, but, thankfully, I reached out to two amazing collaborators.

I’d been a fan of both Kit and Emma and knew they were the right ones to bring this to life. I also felt it was important to have a woman’s voice on this series, because it centers so much on the experience of being a teenage girl. So, I approached them with the idea, shared all the documents I’d put together, and then Kit and I sat down and hashed out the larger beats of the story. It’s a collaborative process, and I’ve stayed involved every step of the way, but I never take for granted how much work they do.

I can honestly say this project is a million times better thanks to the masterful work of Kit and Emma. The best decision I made was reaching out to them. They are pure magic.

KS: Emma and I had worked together on a webcomic prior to Quince, so we already very much had a working relationship in addition to a sister relationship, a rapport and a shorthand, all that jazz.

Emma Steinkellner: This is Sebastian’s vision at the core, and I hope that shines through when translated through my/Kit’s execution. We really all worked together, checking and balancing–but mostly adoring the heck out of each other’s individual contributions.

KS: How the process worked was I would write scripts, send to Sebastian and Emma, get notes, Emma would illustrate issues, send over the PDFs, and get our notes. We were very much on the same page creatively, so it was a lot of people checking other people’s blindspots. There was little, if any, actual conflict in the creation of Quince. 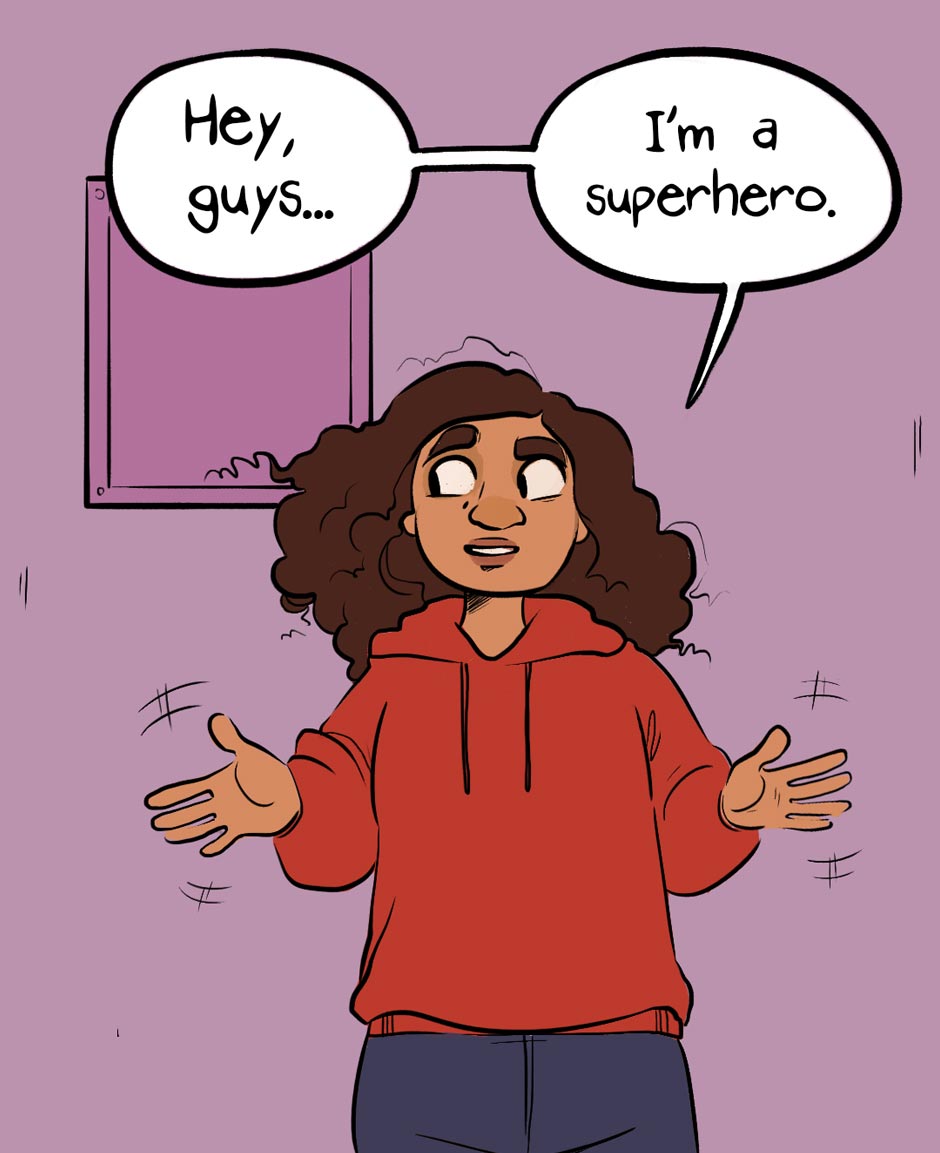 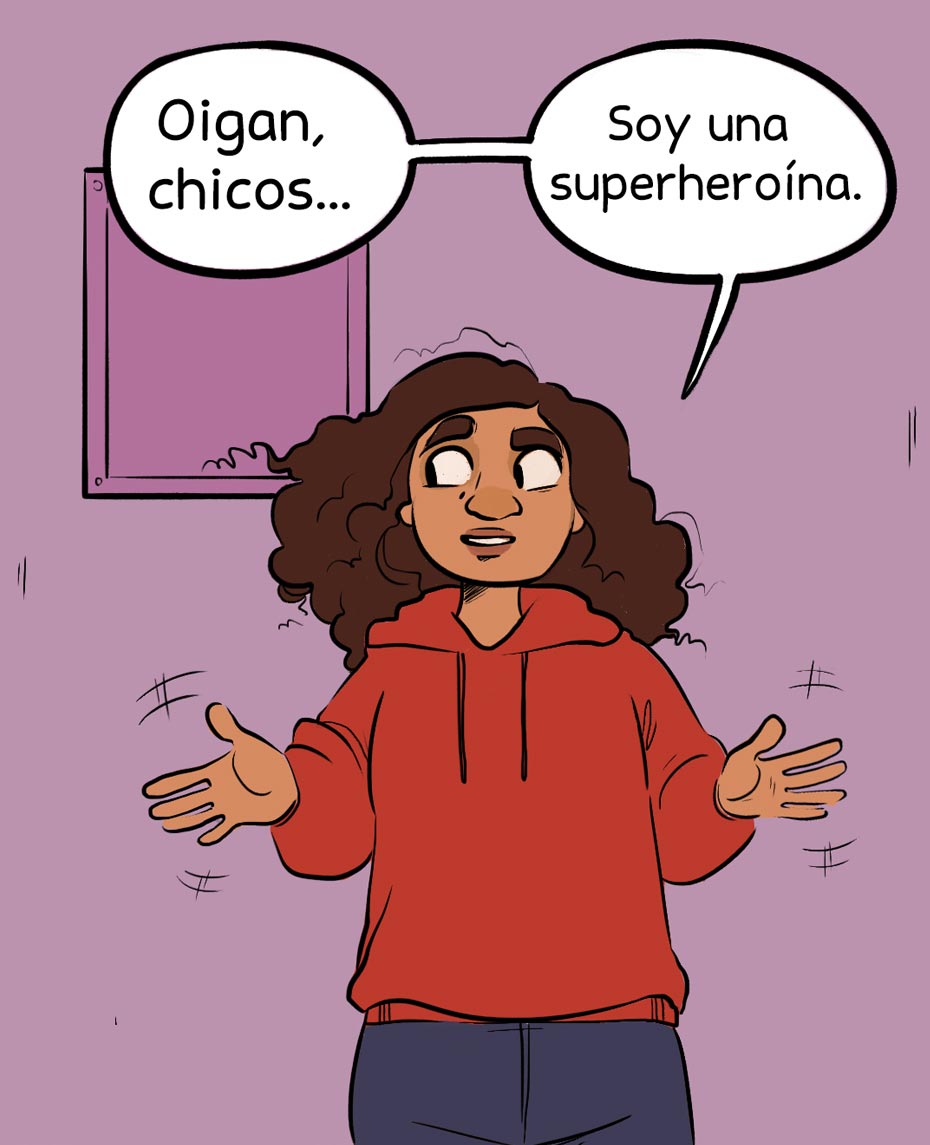 KR: Quince is released simultaneously is English and Spanish and I don’t think I’ve come across another comic that does this. What inspired this decision?

ES: Spanish is already fundamental to the world of Quince. Even in the English version, it’s a real and inextricable part of how Lupe talks with her family and her abuela. And we wanted to honor that some of our readers might like to read Quince in Spanish or share it with a Spanish-speaking friend or family member. I also think comics are a uniquely useful and underused tool in learning another language, so I would love to see Quince help those trying to learn Spanish or English as a second language.

KR: What kind of reception have you had?

ES: It’s been so cool to see Quince resonate with readers, and to see the choices we made with the story and characters and design be noticed.

KS: We’ve gotten an overwhelmingly awesome response. I joke that if there was a Rotten Tomatoes for comics, we’d be 100% fresh. It’s always a thrill to get love from our grown-up readers, but it is a special treat when parents send in pics of their kids reading Quince. That just makes me cry all over my phone.

SK: The response has been phenomenal, and I’m so thankful for that. Seeing people truly affected by the book has been extremely rewarding. The greatest moments have been seeing my family enjoy it and seeing the culture celebrated. This whole experience has been one of the highlights of my life. 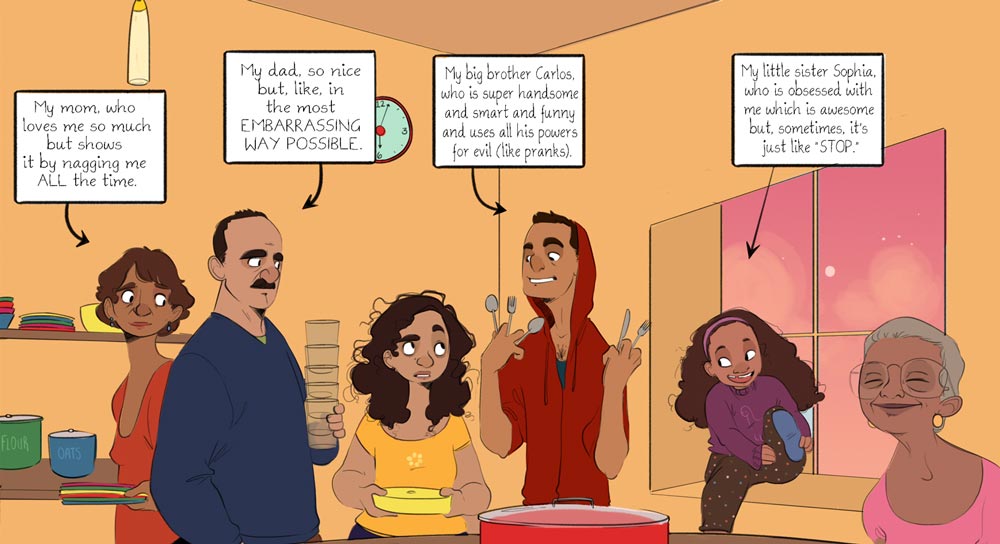 KR: Do you have any plans to expand on Lupe’s story or introduce other characters within the same universe?

SK: We told the story we wanted to tell with Lupe in this book. It feels complete. That said, I would live in the world of Quince with Emma and Kit forever. I guess we’ll see…

KR: Do you have anything else you would like to share with our readers? About Quince or any other upcoming projects you have?

ES: I have some comics projects coming up that I’d love to talk about at a later date, but I will say for sure that Quince has prepared me for all my future work in such a serious and happy way. And I’m always going to be thankful I got to be a part of it.

KS: This year I sold a TV show to Facebook, and we’re getting going with that in a serious way, so that’s my main thing right now. We would love to do a screen adaptation of Quince at some point. That would be dreamy. And I very much hope to write more for comics in the future, and I hope Sebastian and Emma would be down for another collab!

SK: I have some stuff I’m working on, but nothing to report just yet. I’m still believing there will be a screen adaptation of Quince one day. I honestly can’t wait to see what Emma and Kit cook up next. I’m a fan for life. And if they ever wanna work on something together again, oh boy, I’d love to.

Quince is available to buy in English and Spanish at Comixology and the printed edition of the English version was released on October 23, 2017.