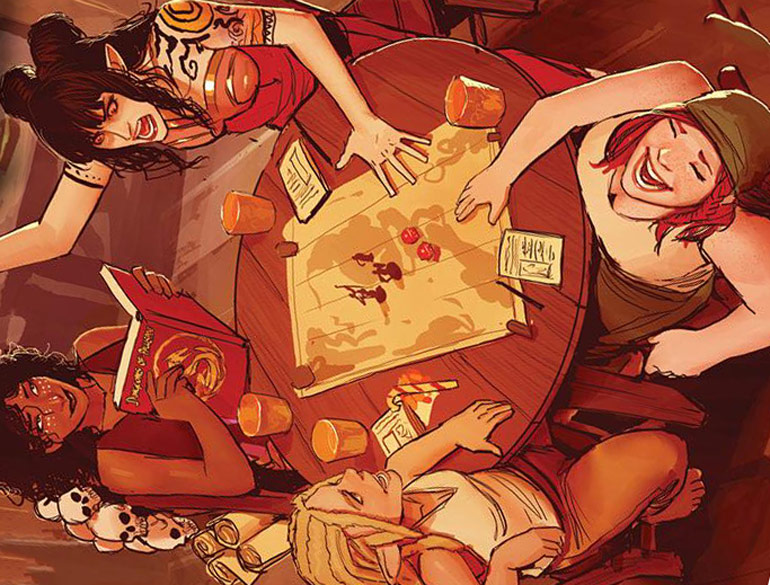 Having shown the end of the world what happens when it comes up against the Rat Queens, writer Kurtis J. Wiebe was kind enough to take the time to join us for a chat about Rat Queens third arc, Demons, and the future of the book. 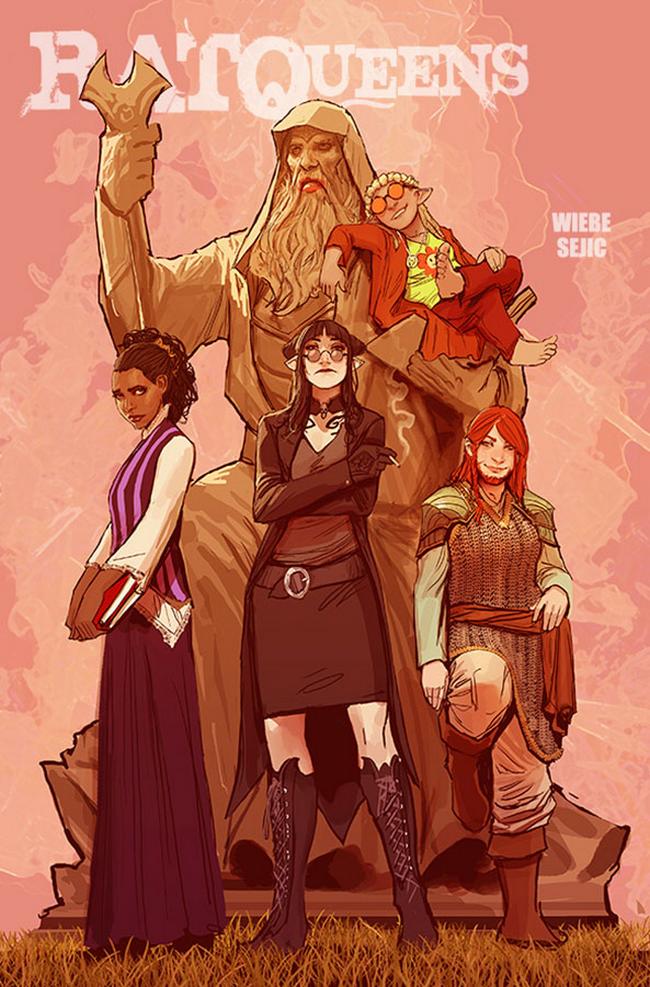 Kelly Richards: On August 19th, Rat Queens #11 will hit the shelves marking the beginning of the third arc, Demons. For those of our readers who are unfamiliar with Rat Queens could you give us a quick overview of the series?

Kurtis J. Wiebe: Rat Queens is the sort of thing you’d get if Quentin Tarantino directed Lord of the Rings. It’s an R rated fantasy series about four mercenaries who get paid to hunt down and slay bad guys.

KR: You have said previously that you had 3 years of story planned for Rat Queens. As we move into the third arc should readers be starting to worry that this might be the end or can we look forward to more adventures and ass-kicking in the future?

KW: Well, I’d planned to have twenty issues out by now, so maybe I should’ve given an issue plan as opposed to year plan. I’ve got plans for thirty issues at the very least, but I would do more if there was demand and, more importantly, if I felt I had something new to say with the characters and world. So, we have quite a lot more Rat Queens coming your way, never fear.

KR: As of issue 11, you are going to be joined by artist Tess Fowler and colorist Tamra Bonvillain. How are you finding working with Tess and Tamra? Has the dynamic or the way you feel about Rat Queens changed at all as a result of their input? 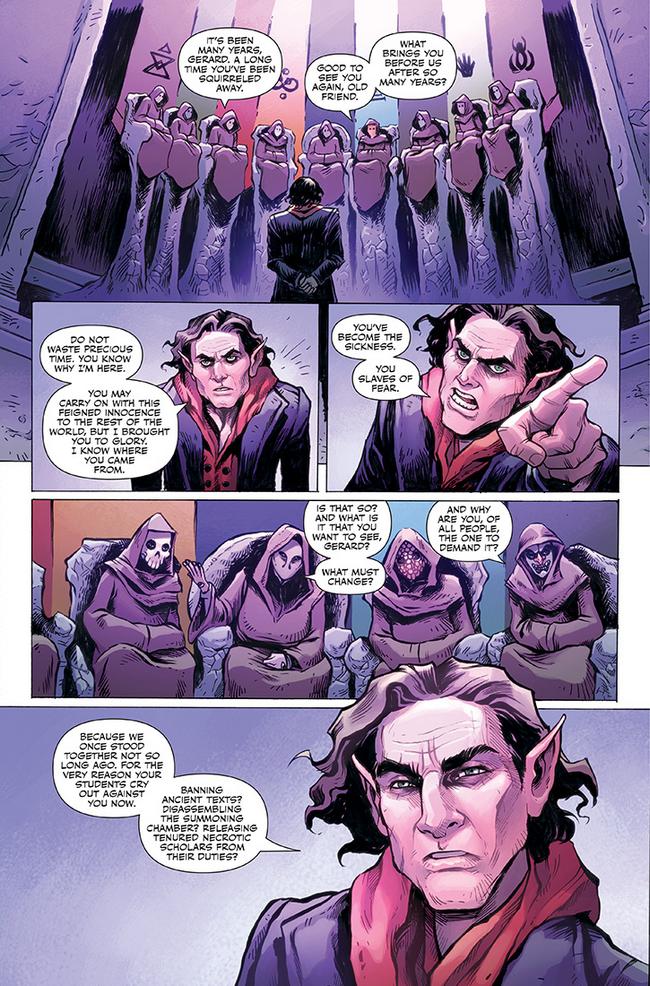 KW: It’s always a different experience, as individual and unique as the artist themselves. Every illustrator brings with them a set of skills and passions that make collaboration a new and wonderful thing. And it’s no different with Tess and Tamra.

At this stage, we’re doing everything we can to get new issues out to the fans, and once we’re caught up, the art team and I have very solid plans to create new stories together. All of us bringing narrative ideas to the table. While I may have overall plans for the series, there is a lot of room to play with in the spaces between and I can’t wait to get down to some real intense collaborating.

KR: Rat Queens has a very diverse cast of women all with vastly different personalities, backstories and motivations. Has the increased social awareness of your readership changed the way you approach writing, especially with regards to issues concerning authentic and nuanced representation?

KW: My message hasn’t changed, what was important before is still important now. In a lot of ways, I’m trying to represent my life in a fictional, fantasy universe. My friendships, my family, my experiences, my perspectives.

Of course, like with all things, they change with time, but my reason for writing Rat Queens remains the same. I’m very grateful that there are fans who are willing to follow along while I work out my demons through this series. 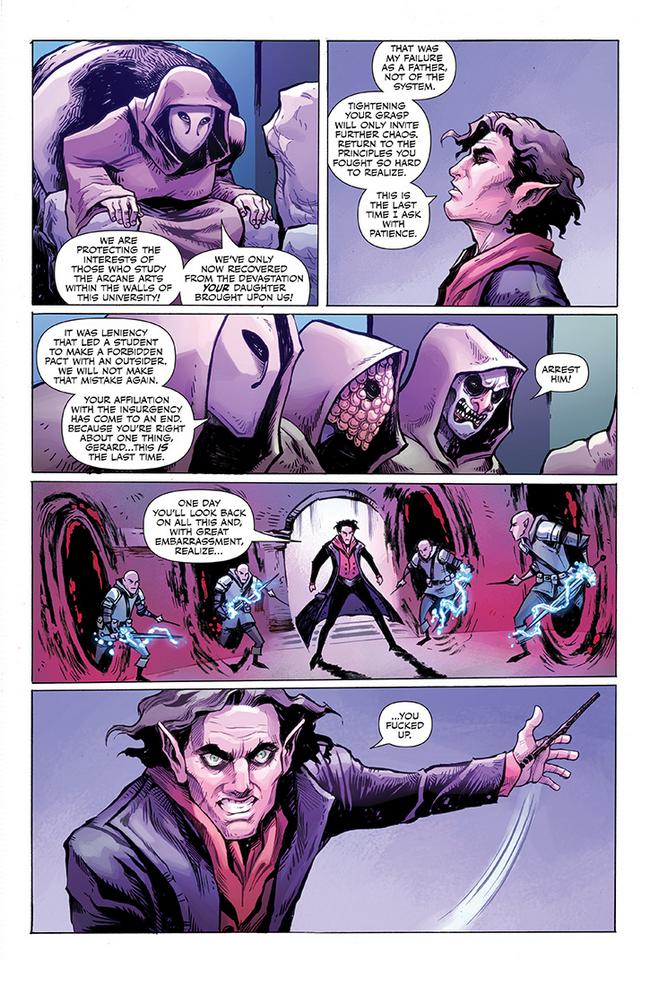 KR: With that in mind, are there any themes you are looking to approach over the coming arc that maybe you have avoided in the past?

KW: I really haven’t held back. I think that’s the best part about creator owned comics. I can talk about any topic that is important to me without fear of being censored or discouraged from doing so.

There are topics that I’ve only hinted at before that will become more important as time goes on. Things like religion, guilt and alienation. At the end of the day, Rat Queens is about misfits who find new family with each other. That will always be the heart of this series.

KR: Thanks again for taking the time to speak with me. Is there anything else you would like to share with the Comicosity readers? I promise they can keep a secret.

KW: There’s a good chance they’re going to hate me after this arc.