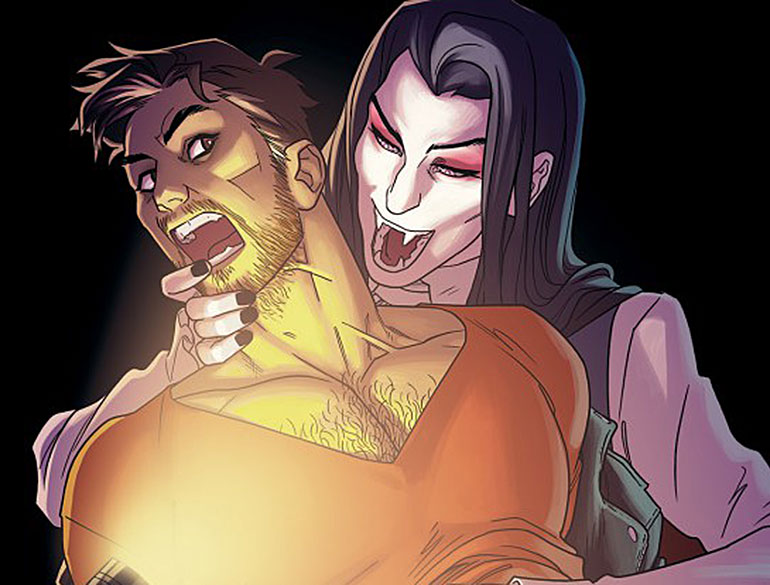 Last month, Oni Press began the digital-first comic version of the wildly popular video game, Dream Daddy, and the excitement is just beginning. Today, issue #2 drops and there’s a new Dad in the cul-de-sac… and he’s already sunk his fangs into the neighborhood! But Robert knows a vampire when he sees one, and he’s armed with enough garlic and rewatches of F. W. Murnau’s Nosferatu (1922) to get to the bottom of this mystery.

Helping him along are writer Lee C.A. and artist Jack Gross, who spent some time sharing their thoughts on the opportunity with Comicosity.

Allen Thomas: When you found out you would be working on this series, what immediately went through your mind?

Lee C.A.: After peeling myself off the floor because I couldn’t believe I was even offered the opportunity, I remember thinking – They hired two trans men to create this comic. Wow. That’s killer. They really want to continue what they started, so we need to make sure we handle this the exact same way the game did. 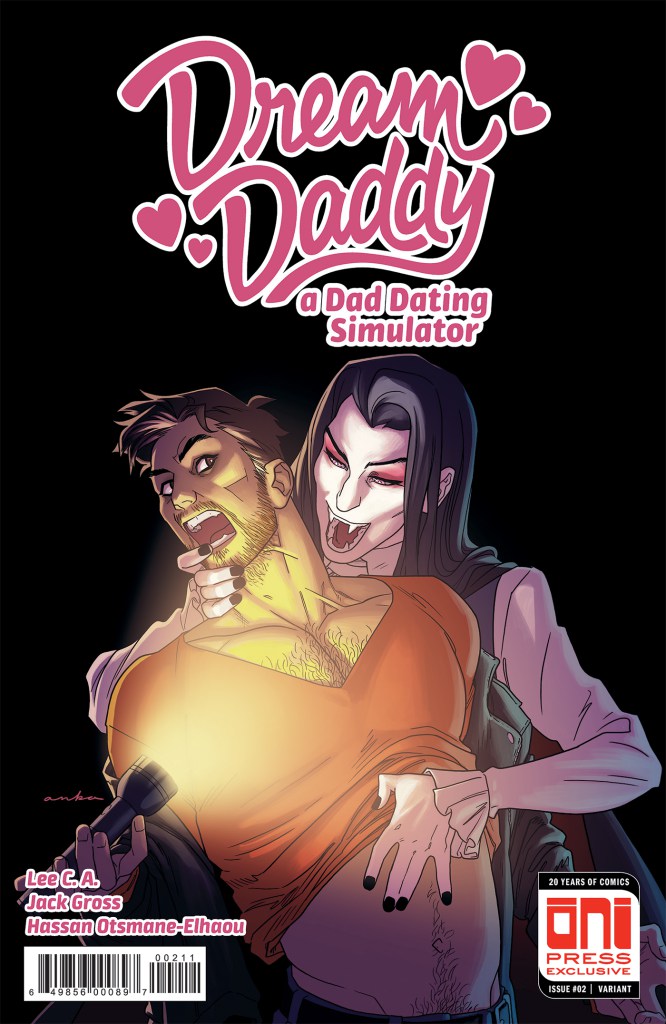 Jack Gross: I asked them if they were kidding. I’d drawn a lot of fan art for the game, specifically Damien, because I’m also a goth trans man and I really enjoyed his route. I’ve also been a fan of the entire Game Grumps team for a long time. The whole thing seemed too good to be true. (Also, I called Lee and yelled for about twenty minutes.)

AT: How do you feel Dream Daddy addresses representation of men, queerness, and fatherhood? Did you have any challenges in how you constructed your story?

LCA: In media, there are a lot of generalized and toxic narratives about how men should be fathers and how queer men should act. Dream Daddy uses typical dad tropes in this self-aware way that’s so tongue-in-cheek and balanced out by emotional honesty and compassion. As for queer representation overall, it was actually how the series handled Damien being trans that made me drop what I was doing and start playing the game. That and Craig’s overall design, haha. Woof.

But really, there’s this generalization with trans people in media where the trans identity seems to overpower every aspect of a person’s life, and look, that’s true to some extent. That content has its place, and I’d be wrong to say it doesn’t. 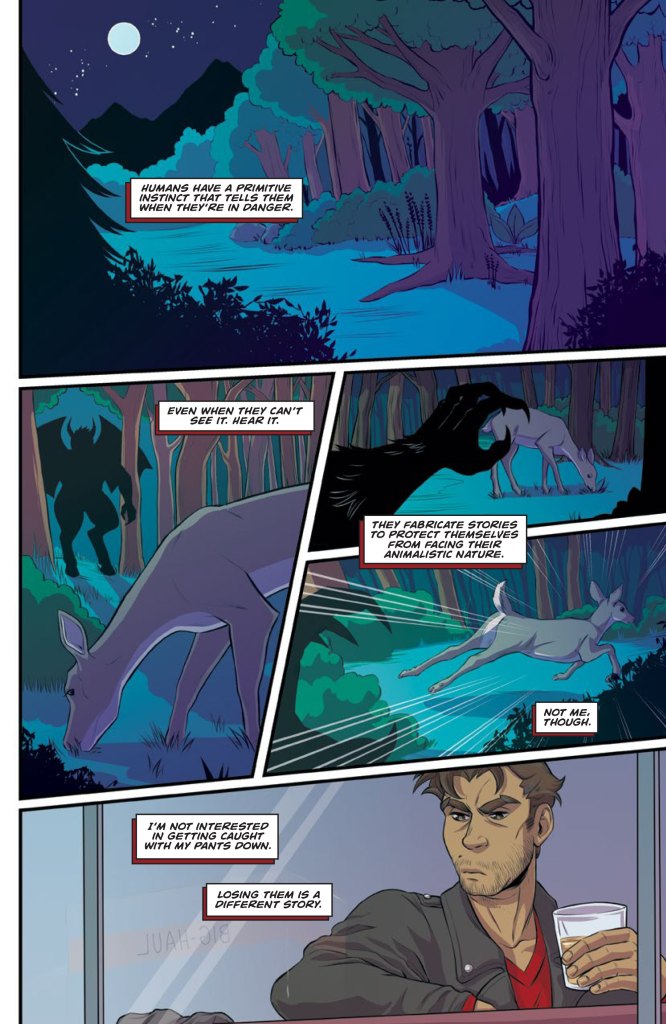 My identity impacts everything in my life, but trans people have jobs, have hobbies, have children, and enter relationships. Sometimes we exist day-to-day and don’t have the energy to focus on how much being trans can kinda suck. There are days when I even get frustrated because I feel like my identity has to hang over my head like some flashing marquee, but they didn’t do that to Damien.

Aside from mentioning that he binds, there’s nothing too intrusive or exhibitionist about his gender identity. Damien is a goth dad with a big heart, a cool house, and a complex but loving relationship with his son. It’s goals, honestly.

If anything, the way the team handled him made constructing the story easier. I knew there wasn’t this expectation to make Damien be trans.

It was actually Robert who was harder to manage. The story was prompted to be from his perspective, so I had to go back and play his route like twice to kind of understand him better. He does what a lot of cis men do where he internalizes feelings and attempts to distract himself from them at all costs, but he also knows where he’s messing up and acknowledges it even if it’s not done conventionally. It was fun, though. All of the challenges I had were good ones. 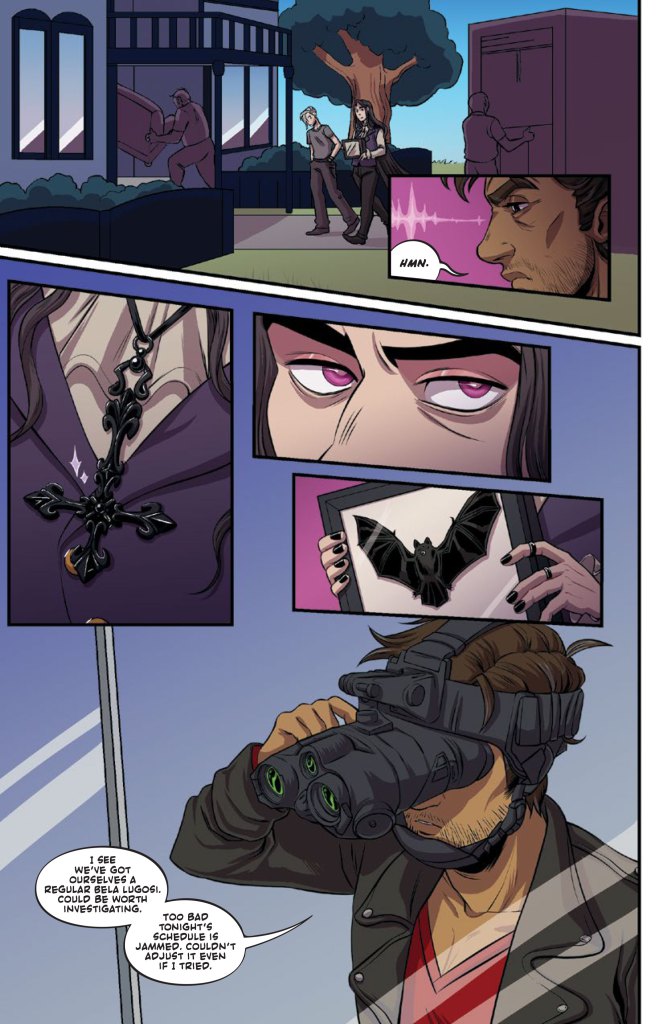 JG: I think Dream Daddy has a lot of heart.  There are specific moments in the game that really touched me, especially on Damien and Robert’s routes.  Damien’s relationship with Lucien was really something I related to as a confused and slightly rebellious kid.  The creators put a lot of thought into how humans interact, what’s important to them, and how to portray that. Our story is really about friendship and jokes, but it opens up a lot of different relationship scenarios for Robert and Damien.  I wish we could explore that more!

AT: What did you want to express through your story for the series?

LCA: I wanted it to maintain some of the campiness and fun that makes Dream Daddy such a great time, but like I said before, I did wanna play on how Robert is all over the place while also capable of being self-aware. That and how what makes Robert take a second glance at Damien has nothing to do with Damien being trans. It’s not a factor in this story, period. 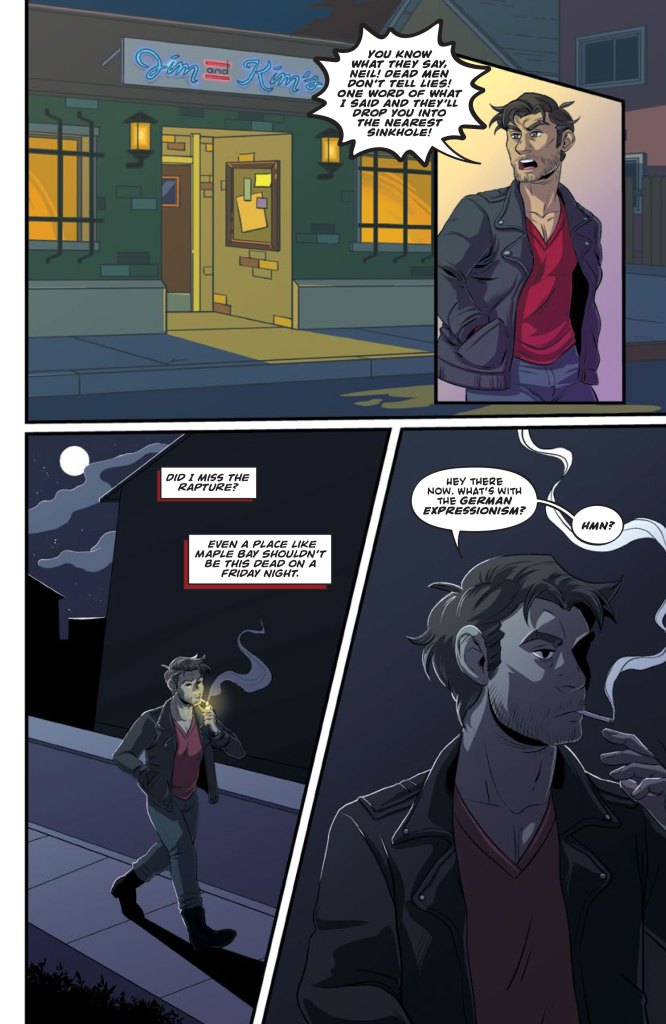 At the end, with Betsy, Robert mentions his shortcomings as a Dad directly after he apologizes to Damien for being assumptive, and you know, from how Mary and Damien act, it’s pretty obvious Robert was never a threat to begin with. Robert inflates a lot of stuff in his head, so I wanted to make sure his slayer antics weren’t that intense to an outsider.

Hunting someone because you think they’re a vampire could be perceived as a lot, but I don’t think Robert would hurt a fly, and even the new Daddy aka Damien can kinda see that. Damien takes it in stride.

Mostly, I just wanted it to be clear Damien and Robert are on the path to becoming good friends. The Dad comradery in Dream Daddy has always stuck out to me. Support systems and whatnot.

JG: I think, above all, we just wanted to do something fun.  We were given a great setup and got to just play around in the space. 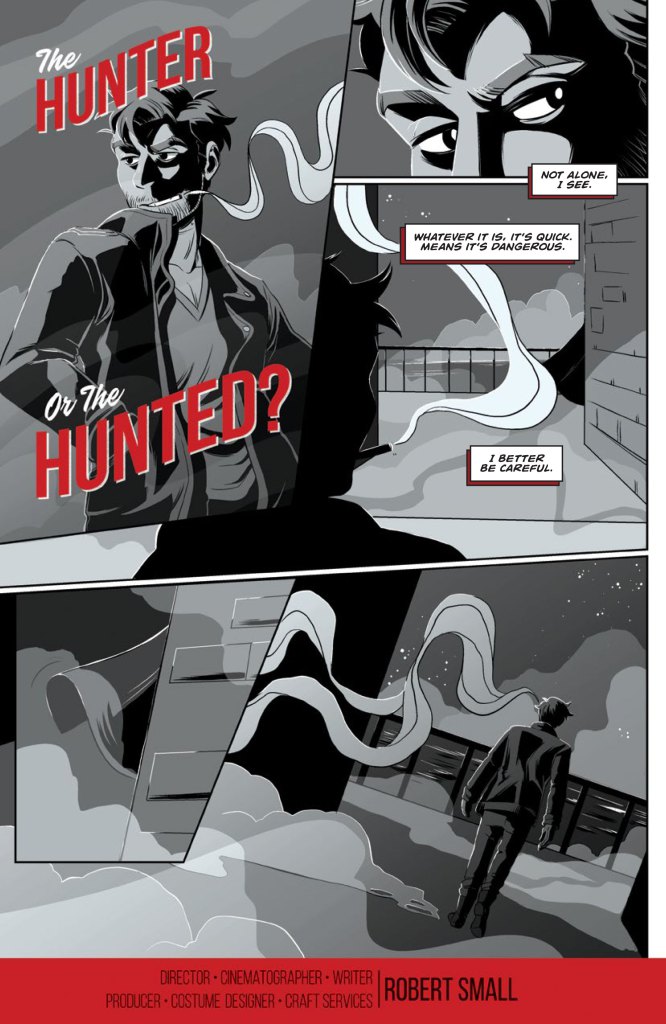 AT: Who is your favorite Daddy?

LCA: My Daddy crush is Craig, but my favorite Daddy is definitely Damien.

JG: Damien.  I’d do anything for that man.

AT: If you could describe your story in one word, what would it be? 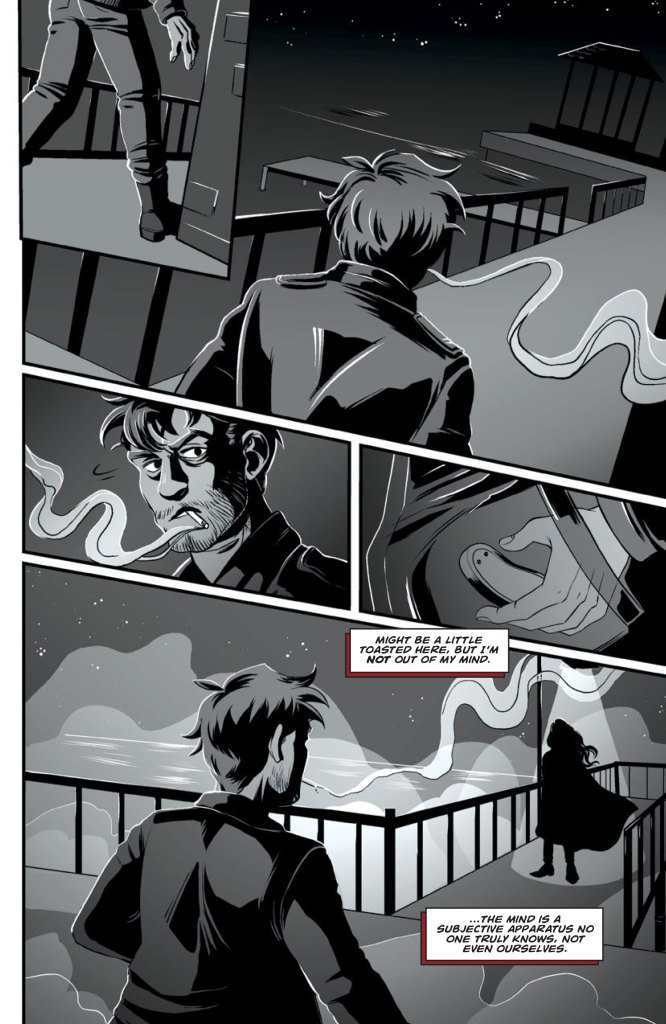 AT: Any other thoughts or teases for the Comicosity audience?

LCA: Pro tip: When making your Victorian jelly, you can create a natural food coloring by boiling red cabbage in a tea infuser.

JG: I was so grateful to have this opportunity, and I hope to continue to work with the lovely folks at Oni Press and Lee. Comics can be a really unforgiving medium, but when you have a team of genuinely amazing folks to support you, it can be so fulfilling.

The second issue of Dream Daddy is now available at Comixology!