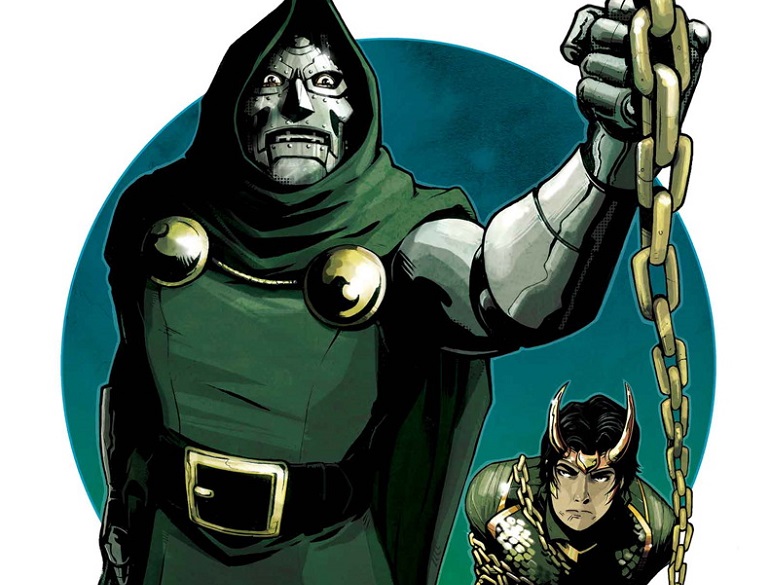 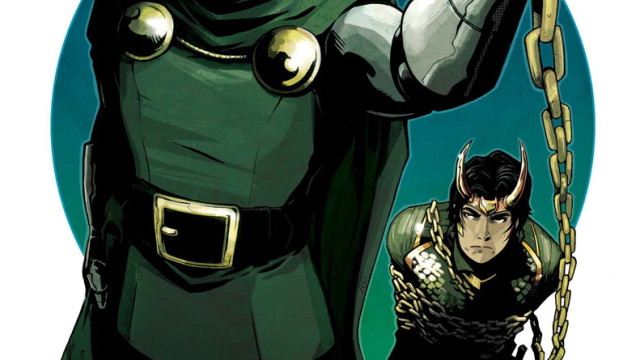 With a full arc under its belt, Loki: Agent of Asgard is set to cross over into its first big event – Thor & Loki: The Tenth Realm. This miniseries is a part of Marvel’s Original Sin line, and will expand the already complicated family tree of the Sons of Odin. Writer Al Ewing was kind enough to answer some questions about where we’ve been, where we are, and where we’re going – as well as his process with artist Lee Garbett – in the lead-up to the new series.

Alison Baker: Let’s start with an easy one: can I please sign up to be Verity Willis’s best friend?

Al Ewing: That signing sheet is pretty full. I’m really happy with how she’s gone over with the readership – a whole bunch of the fans seem to absolutely love her, which is great considering she’s not really been in much of the comic in real terms. She’s sort of guested in three issues so far – I’m aiming to have her play a larger role in future issues, though. Her and Loki might be getting that coveted best-friends-to-the-end slot with each other, assuming no awful revelations drive them into non-friend territory.

AB: After five issues, it’s clear that this Loki is his own man, but he’s still weighed down by his past (and possibly his future). He does missions for the All-Mother to expunge his past crimes, but how does he move forward building his own identity if he can’t forget those crimes himself?

AE: That’s a big question! Maybe the biggest. You might have hit the nail on the head there. AoA Loki – assuming we’re buying his ‘third iteration’ theory, which may or may not be correct – has committed one major crime of note, which was the total annihilation and body-theft of Kid Loki. Which is why a hallucination of Kid Loki is now following him around bellowing arc words at him. That repeated image really represents all his crimes and failings over his entire existence in one increasingly horrifying package, and that – maybe more than King Loki, his irredeemable future self – is the enemy Loki has to conquer. But how can he? And how can we, ethically, want him to? This is going to some dark places, I fear.

AB: In our previous interview, you talked about Loki fighting to break out of that good/evil box. To what extent has he fought out of one box to find himself in a larger box?

AE: Loki really is badly trapped at this point – as well as the story boxes we’ve put around him, the inviolate destiny, the lure of his own worse nature, et cetera, there are the boxes the readership puts on him. For example, there are lots of readers want him back to ‘normal’, or who don’t want him forgiven. (And again, ethically, they’re probably right. Loki’s done terrible things.)

And… when I was a kid, Wally West was the Flash and Sandman was a good guy. Things regress. Loki’s got his work cut out, essentially.

AB: Old Loki is back, and he’s the perfect combination of sassy, sinister and creepy. Dude is unsavory to an extreme degree. What is the All-Mother hoping to avoid – or prevent – by bringing him into the picture? It doesn’t seem like there’s anything to gain – his deals come with a price.

AE: Maybe, but on the other hand, he’s the devil they know. They can deal with him. Yes, some people will be badly screwed by evil Old Loki in the future, but the All-Mother has assurances that Asgard will come out of it safe and sound, with an end condition that – at least compared to Ragnarok – is a paradise. And they certainly wouldn’t be the first rulers in history to buy comfort for their own people at the expense of others.

AB: You mentioned before that the All-Mother, while publicly one mind, has some secret fractures behind the scenes. Freyja is clearly the Beyonce of the group. Could the All-Mother pull a Destiny’s Child and collapse under the weight of their disagreements?

AE: I’ve just checked briefly to make sure the last part of Jason [Aaron]’s ‘Last Days Of Midgard’ run is out. And it is! So, SPOILERS – readThor: God of Thunder #24 for the answer to that question. Or alternatively, pick up The Tenth Realm #1 to see the new status quo in action.

AB: While we’ve had some great visits from Loki’s old acquaintences, his newest ally is as much a mystery as any Asgardian demi-god. What can you tell us about Verity Willis that readers maybe haven’t gleaned from the books as yet?

AE: Her Grandpa has been seen in the Marvel universe before. (I don’t know if he’ll be making a guest appearance any time soon, though. Maybe once we’re done with the first major arc.)

AB: Lee Garbett gives a lot of texture and depth to the characters; to what extent does your take on their personalities come from the way he renders them? Is there a relationship?

AE: Well, one advantage of using the Marvel method is that the dialogue changes a lot between plot and script. Not always, but there are times when its completely different, because of the arrangement of the panels or the figures, or a quirk of expression, or just because I thought of something in the shower that morning that’s much better than what went in the plot. Anyway, one consequences of this was that when I plotted #1, Loki had a very different bearing – but as soon as I saw Lee’s art, his entire personality snapped into place. (Not that I can really describe it, mind.) I think if I had to pull one picture of Lee’s to illustrate this – in #2, Loki’s face when he’s saying “maybe I’m not the Loki you knew” – particularly in the B&W art, if you can find it. That was the key, for me – that’s Loki, right there. That mix of cockiness, of challenge – that’s the ‘f*** you, I don’t have to be what you say I am’ panel. That’s the seed of everything.

AB: Will you please tease us with an example of something Lee has drawn for an upcoming issue that totally blew your mind?

AE: There’s a space battle in Tenth Realm #2 that’s absolutely phenomenal. Both outside the ship and on board the ship, the action is just super-intense. Lee draws a great Rocket Raccoon, too.

AB: Loki’s big struggle with his identity right now seems grounded in its basis on a lie – The Unforgiveable Crime you promised would loom over him – so I have to wonder: does Verity know the truth about what happened to Kid Loki? How far does her ability go?

AE: A lot of people have been asking some very intelligent questions about how Verity’s ability works – basically, nobody can intentionally lie to her. So, for example, she can’t ask people true-or-false questions about things science hasn’t worked out let, have them give random answers, and then solve the greatest mysteries of science. It doesn’t work that way. Similarly, as long as Loki doesn’t lie to her – if he doesn’t mention it at all, essentially – she’s not going to find out. So obviously that’s what will happen! In no way is their friendship a house of cards that could collapse at the slightest touch!

AB: Another big theme – the driving one – is Loki trying to change his fate, his entire self, by changing the story. Journey into Mystery did a lot with this. You’re doing more. Is it fun, as a writer, to play around with narrative concepts like that? Is it something you wish you could do more?

AE: I like getting a little metafictional occasionally – I think it’s a nice tool, and as you say, I’m standing on the shoulders of giants in this book. The recent Mighty Avengers stories have been a little metafictional – filling in gaps made by the sliding timeline, using non-superhero genres. Blue Marvel was forbidden from being a superhero, so he had to take on a different genre for a while. The 70s team was cobbled together from a bunch of horror and noir tropes, because superheroes were unavailable. There’s always an element of that going on, but it’s usually working away quietly in the background.

AB: The upcoming mini-series The Tenth Realm is going to bring Angela, a new addition to the 616, into the Asgardian fold. What makes her a fit for this particular corner of the Marvel Universe?

AE: She can kick Thor’s head in. Can and will.

Also… that end of the Marvel Universe has a kind of epic quality, a dramatic crackle, the roar of thunder. At his best, everything Thor does is an immortal saga. Everything Loki does is Shakespearean tragedy. At their height, everything these characters do is bigger and realer than life, hyper-real – and Angela is someone who can stand on that stage and belong there. Even when she was an Image character, she was wrapped up in all that religious imagery, that sturm and drang and portent, and we’re definitely playing with that here. I’m confident that – thanks in no small part to Lee, Simone, Nolan, Adriano et al – the Tenth Realm is going to be able to stand proudly with the rest of the Norse tapestry.

AB: Anything else you’d like to say to Comicosity readers?

AE: Just and general thank you to Loki fans for being so cool! Everybody’s been great, and I love that we’re getting so many new readers and there’s such a great community springing up around the book. You’re the best.

Many thanks to Al Ewing for taking the time to answer my questions. Thor & Loki: The Tenth Realm #1 hits comic shops July 9. In addition to Loki: Agent of Asgard, Mr. Ewing also writes Mighty Avengers for Marvel Comics. You can find him on Twitter at @Al_Ewing and Tumblr at alewing.tumblr.com.