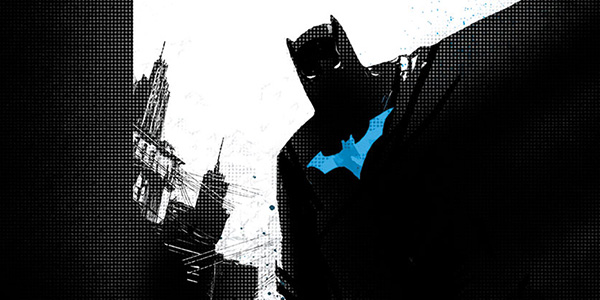 Fresh blood has been flowing into of the halls of DC Comics with breakneck speed the last few months, but none so new as Marguerite Bennett. Recent grad and former student of Batman writer extraordinaire Scott Snyder, Marguerite will be making her comic book debut on this week’s high profile Batman Annual #2, a story with ties to the year-long, best-selling event Zero Year. And if that isn’t enough of a welcome, she’ll be working out some aggression with a Villains Month special for DC Comics starring the Main Man himself, Lobo! Marguerite was kind enough to jump off this speeding train of awesome for just a few minutes to chat about her upcoming projects, how she landed at DC, and why we maybe should be just a little bit afraid of her! 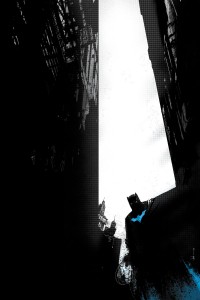 Matt Santori: Thanks for taking time out to answer questions, Marguerite, and congratulations on your upcoming projects in the New 52! What was your entry into DC Comics — have you been reading comics for years or is this your first encounter with the characters?

Marguerite Bennett: Thank you for the congratulations, and it’s a pleasure to answer.

My entry into DC Comics started when I was a kid, playing in my dad’s backyard one afternoon. I’d thrown a baseball and while retrieving it, I took a misstep against the foundation of a dilapidated well and crashed down into an enormous cavern filled with bats, which I completely adore. A figure in a black cowl and cape caught me wandering in the dark with my furry flying friends, whereupon he scowled and returned me to the surface and my bewildered, very-much-alive parents. So my entry to the DCU also included a very quick exit from the DCU. (Actually, that might not be true.)

I’ve been reading comics on and off since I was very young — about six or seven — though my interest and appetite were entirely indiscriminate. I did not care what I was reading, so long as it was comic shaped. (This had repercussions of its own when I discovered a Spawn comic half-buried under a swing set.) Admittedly, I had an infatuated preference for Batman (who, due to his black costume, billowing cape, and glowing white eyes, I spent a good while cheerfully assuming was a reformed villain cleaning up his act and turning on his underworld allies).

Mostly, I read the comics discarded by my cousins and my brother’s older friends, but this was the early and mid-90s, so my most vivid memories are of some very troubling pages from Punisher set against bright splashes of X-Men and Swamp Thing. One week, I would be welcomed to help myself to the abandoned (and usually crinkled and torn) comics and Magic: The Gathering cards; the next, I would be scolded off, because these comics weren’t for girls. So there was a bit of a roller coaster in my consistency as a reader. (Much like falling into the Batcave and being ejected again. So you see, I wasn’t entirely lying.) 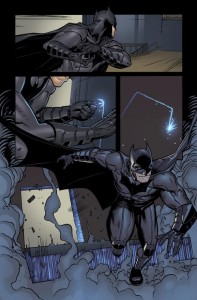 MSG: So, your close-knit relationship with the man in the mask aside, Batman is possibly one of the most variable characters in all of comics. Every writer brings something a little bit different to her depiction of him. What’s your essential take on the Dark Knight and does it differ from your co-writer Scott Snyder’s take at all?

MB: As we were working on the Annual, Scott and I played very well off of one another. He is so astonishingly talented — moves in and out of so many different perspectives, has such attention to detail, is so energetic in his work — that when we wrote together, it was both natural and necessary that we fell into certain roles.

In the end, Scott is the hero of this story, and I am the villain. Scott knows Batman as I could almost never hope to, has written him beautifully for three years now in Detective and in the main title, but my strength is in villains — in their conviction, in their carelessness, in their cruelty — in a way that sometimes disconcerts me. I see the villain in Batman as much as I see the hero, and in a way, this is the dark little heart from where I wrote as we worked on the Annual, under Scott’s guidance.

Bruce thinks he knows Gotham, thinks it is his in his presumed knowledge. The Court of Owls taught him otherwise, but the Annual will shame him for the assumption — set him face to face with the filthy consequence of his presumption, and fight for his life to defend himself against it.

Please don’t forget: Scott is the hero of this story, but I am the villain. 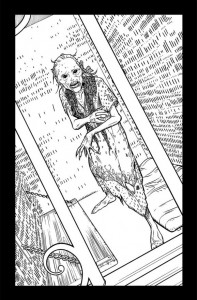 MSG: Said Batman Annual reportedly ties into Scott’s larger Zero Year mythology. What can you tell us about the story you two are constructing here?

MB: I’m going to make a quick detour here, and tell you that if you aren’t reading ZERO YEAR — if you are only picking up the Annual in your dutiful, once-a-year, Easter-and-Christmas foray into the Batchurch — then you might be an idiot.

(Also, thank you for buying the Annual, and I’m sorry for calling you an idiot, because it was very rude of me, and my mother taught me better manners, and is no doubt very ashamed to read this when she googles my name and finds the horrible lies I have been telling. Also you are probably not an idiot, but simply have not heard how excellent Zero Year is.)

But seriously, ZERO YEAR is incredible and insane and I never thought anyone could pull off what Scott and Greg and FCO and everyone have coming, and I was so, so wrong. I am so excited for this arc and you should be, too. It’s so fierce and fresh and intense — you’re just bound to love it. I can’t wait for you to see what’s next.

That said, the Zero Year and the Annual are tangentially related, though I would like to clarify (to prevent any dashed expectations) that the Annual takes place in the present, not in the Zero Year. There is a flashback to the Zero Year directly, but the Annual as a whole serves an indictment of what Gotham was before and after the coming of the Batman. The two stories have parallel backbones — a similar thread in what Gotham was in the beginning, and is in its present monstrosity — but beyond that, the most I can say is that this story is what happens when a sanctuary becomes a cage. I’m hope you’ll have the curiosity to find out what we’ve done. 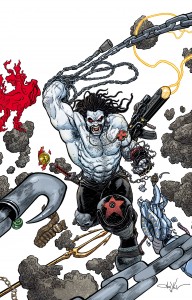 MSG:  Shifting gears, you have a solo one-shot coming out in September starring the Main Man himself, Lobo! To date, he’s been a bit of an enigma for the New 52. What do you think drives Lobo and makes him unique in the DC Universe?

MB: I think Lobo is motivated as much by his disregard as he is by his interest, if that makes sense. I rewrote this sentence several times using the word “care” — “Lobo only cares about himself,” etc. — but that doesn’t feel right. Lobo doesn’t care about himself — he doesn’t care about anything but his pride, and even then, “care” is a generous word. His absence of care propels him, I’d say.

Lobo is vain, careless, violent, laughing, and entirely unbeholden to the whims of either his author or his fans. In the past, he has been motivated by lust or greed or vanity — more often by pleasure seeking or revenge — but in this one-shot, our Lobo has a distinct and bloody goal. I hope fans will have enough of an interest in the story I begin to tell, because I only intend to get funnier and bloodier the longer I go, and I would love to continue what I have begun and drag you all in with him.

MSG: It’s hard to ignore the big “Justice League” title in front of Lobo’s name. Can you share a bit about how the team figures into your story or what kind of threat the bounty hunter poses in their absence?

MB: I’ve actually been having horrible nightmares about the big “Justice League” title in front of Lobo’s name, where I go to the comic store and open LOBO #1 and page after page has just been replaced with pictures of Superman and Wonder Woman and Cyborg looking increasingly disappointed and disgusted with me.

I can’t say much, but I can tell you that DC wanted a freshened take on Lobo, and what I offer is Lobo on the hunt. You can hate me on page two, but if I don’t have you by page four, you can put down the comic and call me bad names. 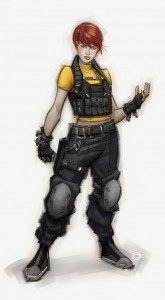 Bennett will also be guest-writing Batgirl #25, a Zero Year tie-in.

MB: As any of my long-suffering prose professors can tell you, I love description. I have an exceptionally (and perhaps aggressively) clear image in my head when I’m telling a story, and I will lavish pages with description of food, clothing, trees, animals, violence, monsters, sensation, emotion, corruption — it thrills me to do, and I hope it’s thrilled those who have read my pure prose works.

In the end, however, there is only so much to be gotten from the lush passages I enjoy. No one is kidding around when they say a picture is worth a thousand words (if they speak to the right picture, and to the right words). To be able to work in collaboration with artists as talented as those I’ve had the privilege to partner with has been a blessing. All of the extravagant prose condenses into the shock of one of their splash pages; all of my meandering lines are rendered mute against what they’ve rendered on paper.

It’s the best of both worlds, really.

MSG: Any special teases or last words to share with the Comicosity audience?

What I would like to tell you is this: where I am right now, with these two stories, is only the beginning. This is me new — this is me at my lowest point, artistically — my most tame, my most docile, my most untested — me with my degree so new that the ink’s still wet.

I’m a horror writer and I’m the villain. Read my stories, and if you like them, and ask for more, I will loose the whole of my bloody imagination on you and on all the DCU. There’s the rotting foundation of a well up ahead. We only go farther down into the dark from here.

MSG: I’m ready! Thanks so much, Marguerite!

Marguerite Bennett is co-writer of Batman Annual #2, with Scott Snyder, out this week, as well as solo writer on Justice League #23.2: Lobo (September) and Batgirl #25, a Zero Year tie-in (November) — all titles shipping from DC Comics.