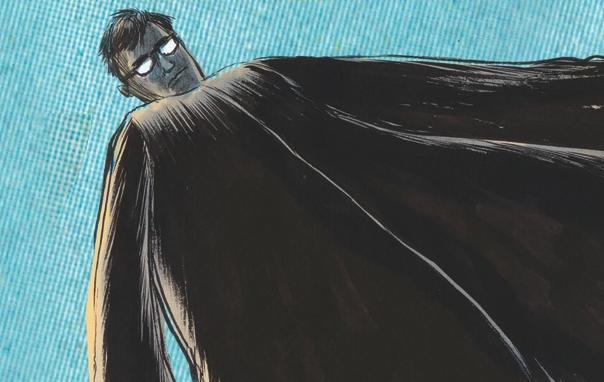 In 2009, Matt Kindt brought Craig Pressgang’s tale of being 3 stories tall to the world with 3 Story: The Secret History of the Giant Man, a graphic novel he wrote and pencilled himself. Kindt hadn’t told all the tales of Craig’s life, however, and 3 Story: Secret Files of the Giant Man was born. The one-shot comic hits stores April 18, 2012 from Dark Horse Comics and Matt Kindt recently took time out of his schedule to discuss the latest chapter in the life of the Giant Man. 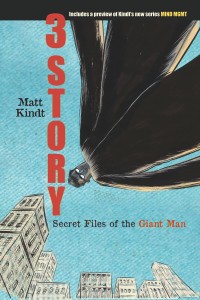 Aaron Long: We’ll start by asking for info straight from the creator’s mouth: for those who aren’t familiar with Craig Pressgang, how would you describe 3 Story: Secret Files of the Giant Man?

Matt Kindt: Well, it follows the secret missions of Craig who’s a guy that ended up growing three stories tall — and then got secretly co-opted by the government to run covert missions. He’s the most famous guy on the planet during the 60s so what better place to hide secrets and who better to use as a secret courier than someone who’s so obvious and out in the open. That’s the theory anyway. What really happens is another story…which is where the secret files come in. In the graphic novel 3 Story I allude to these secret missions but never show them. This comic will show you what he did but they also work as a nice stand-alone set of stories about a giant spy.

AL: How long have you been developing these secret files?

MK: I worked on them a couple years ago — after finishing the 3 Story graphic novel. The problem with writing is that I never stop. I’ll never stop coming up with ideas for stories so in this case, the graphic novel was done…but I wasn’t. But these are stories that didn’t really fit into the tone and pace of the graphic novel so I felt like they’d work better outside of the book.

AL: Craig’s adventures in this one-shot are almost like Forrest Gump, hiding in plain sight in some of the most notable places on the planet, can you discuss why you chose the locations you did for these stories?

MK: I have a really loyal following in the Philippines so I wanted to use one of the stories to sort of give them a comic book “shout out” — even though technically he never makes it to the Philippines…I thought the title of that one would be kind of funny. For the others…sometimes my choices are made simply because I feel like drawing something (Egypt). And that’s all part of the process…sometimes I pick a location first and the location will suggest the story. And for the third location (Paris) — that story was actually inspired by a story that a comic shop owner in Paris told me about a girl…so there’s an element to that story that really happened.

AL: For these three stories you pull double duty as artist and writer. During the process of creating the issue, did you fully script the stories before pencilling? Did the script ever change while you were creating the art?

MK: When I script for myself, sometimes I will type out a full script (rarely) but usually I just type up an outline of hte action that will happen on each page and general notes for dialogue/captions. Then I’ll pencil the entire thing, letter it and a lot of the “real” writing happens while I’m lettering it. Then I’ll go back and ink and paint it and then go over the lettering one more time — and that’s another re-write as I tweak dialogue, etc. It’s almost Lee and Kirby process — but by myself.

AL: Any final words for Comicosity’s readers about 3 Story: Secret Files of the Giant Man?

MK: Hope you enjoy it! If you haven’t read 3 Story (the graphic novel) this is a good entry point. And if you have, it’s a sweet sweet reward! Also — it’s got a big preview of my new ongoing series MIND MGMT that starts in May – so if you’re curious you’ll get a little bit of that as well!