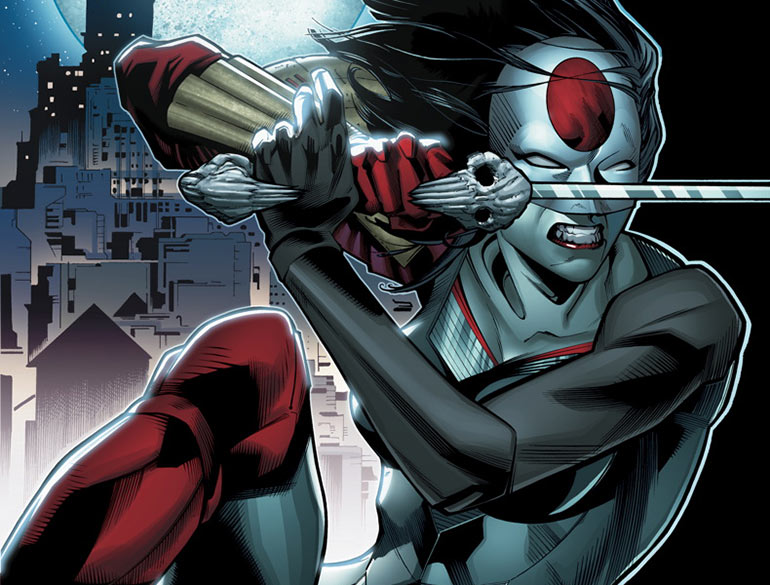 With the Suicide Squad film on its way in 2016, DC Comics has its eye on some of the characters who are going to make a splash into pop culture, and there’s no better place to start than with Deadshot and the mysterious samurai known as Katana! Sharing the headline in a double-sized anthology 6 issue mini-series hitting comic shops in January, Katana’s tale of battle against the terrorist organization Kobra will be penned by none other than her original writer — Mike W. Barr. Barr sat down with Comicosity to talk about returning to the character he co-created, where Katana will be headed this January, and how the Suicide Squad fits into everything in the DC Universe. 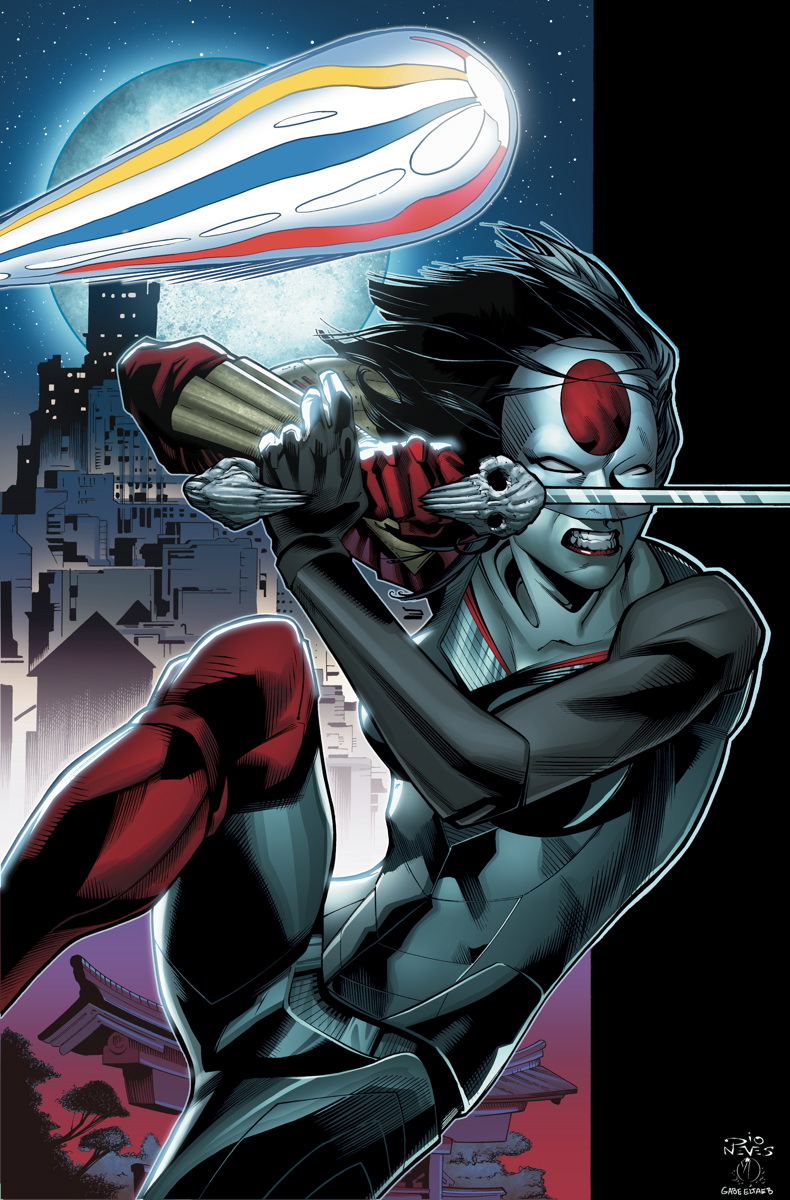 Matt Santori: Alongside artist Jim Aparo, you are Katana’s original co-creator. So, what is it like to be writing the character now, more than thirty years after she debuted?

Mike W. Barr: Well, I’ve written her on and off for years. In the original run of Batman and the Outsiders, I wrote Katana pretty consistently for about three years. Then, there was a long hiatus where I wasn’t writing the character, but she was active in the DC Universe. And then over the past few years, I’ve done a few one-offs here and there. She seems to be one of the most enduring of the original Outsiders.

MSG: The Outsiders came at a time when there were a lot of new teams being put together and shake-ups on existing teams, in the wake of the Uncanny X-Men and the New Teen Titans. What were your thoughts about bringing in new heroes like Katana to work with more established heroes like Batman and Metamorpho?

MWB: Well, it was a great deal of fun, particularly since I had not been in the business that long at that point. I was still sort of new, playing around in a DC Universe that long pre-existed me. So, in a way, I felt a bit like the new Outsiders myself in that I was coming into a tradition that was ongoing long before I was there. 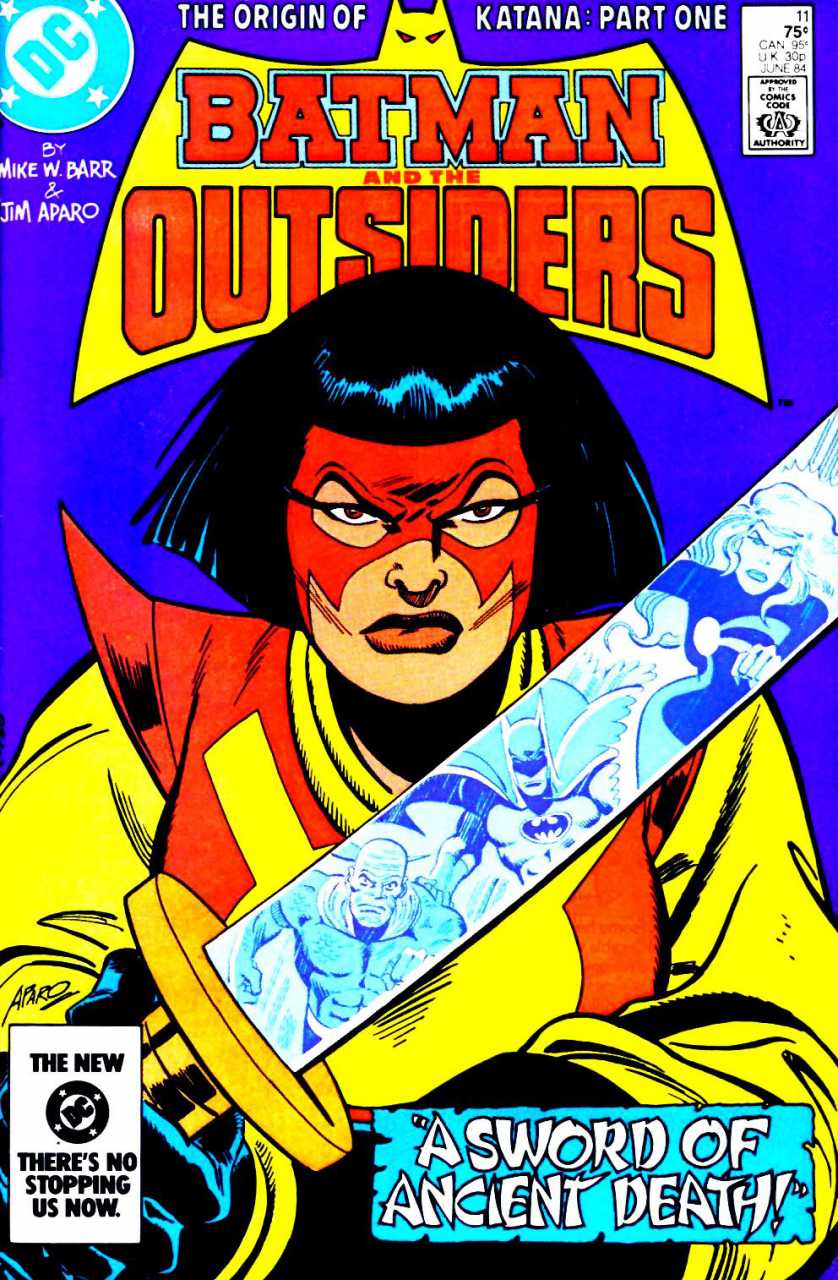 MSG: And Katana was one of the earliest women of Asian descent to play any significant role in the DC Universe — and certainly the first hero — following only Lady Shiva in the 1970s. What was your motivation in putting Katana so prominently in the center of your team?

MWB: I have to admit that I didn’t necessarily sit up and say, “Let’s make being Asian and a woman the focus of this character.” I had an interest in Asian culture and enjoyed tales of samurais and samurai characters. I thought it would be interesting to have a samurai on the team. Then, when the line-up came, there were a lot of male characters. I figured a female samurai may not be totally unique, but at least it was something that had not been done a lot. And from there, we came up with Katana.

MSG: Now, years later, we’ve had a lot of changes with Katana, but what do you see as her immutable core? Where do you start with her when you sit down to write?

MWB: Writing Katana, I always start first with the driving force of her personality, which is — despite her samurai skills — probably the strongest thing about her. She’s only like five foot, two inches tall, but we refer to her as “5’2″ of bad attitude.” Basically, Katana always knows what she wants, but there’s always something in the way. She needs to go through that or around that to get it, and that’s usually where your story comes from. 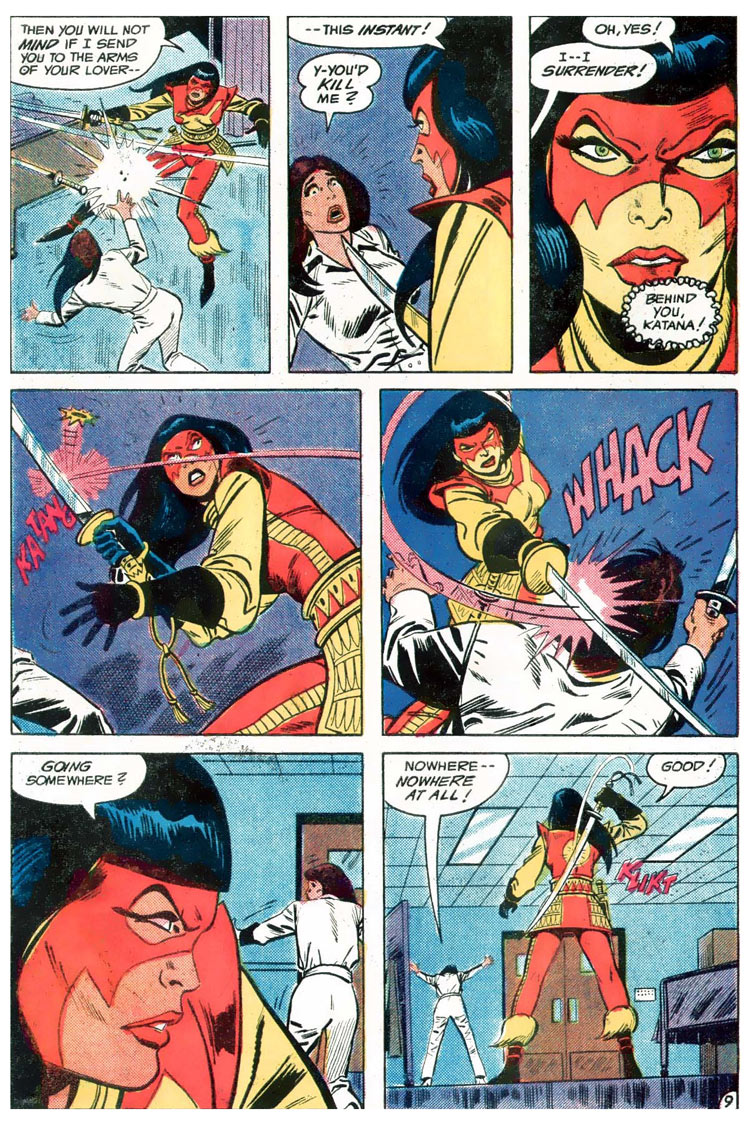 MSG: And central to the new six issue story in Suicide Squad Most Wanted: Deadshot/Katana is her sword, the Soul Taker. Can you talk a little about where that concept came from and what importance it has today?

MWB: Yes! This story starts out with Katana investigating the origin of the Soul Taker, and she gets involved in an adventure that becomes the main story: “Cult of the Kobra.” I always thought, when I developed the character, that it would be interesting to tie into the mythos of Japanese mysticism, which is tied into a lot of samurai stories. Exploring some of that, the sword became this repository of souls of those killed by it over the years.

MSG: And one of those souls is her husband’s soul, correct?

MWB: Yes, that’s correct. And that always factors in for Katana. Maintaining the sword and someday possibly being reunited with her husband, or rejoining him, is always a major concern for her. She’s always thinking about that, and it’s something that defines her conduct and the direction she takes in her adventures.

MSG: You mentioned Kobra, which has been around in the DC Universe for nearly four decades. What’s different about depicting a group like Kobra today, post-9/11 and in an era of ISIS and other terrorist threats?

MWB: Yes, Kobra was originally created by Jack Kirby. In some ways, Kobra as a fictional character can be more direct in getting what he wants without a lot of running around behind the scenes. He’s capable of political manipulation if it comes to that. But people in the real world, unfortunately, are now used to seeing terrorists use any means necessary to get what they want, and Kobra is definitely one of those guys. He basically believes that anything standing between him and his desire to be dictator of the world has to go. And he’s willing to take those steps.

MSG: Sounds like there are a lot of character traits that parallel between Kobra and Katana then.

MWB: In that sense there are, yes! 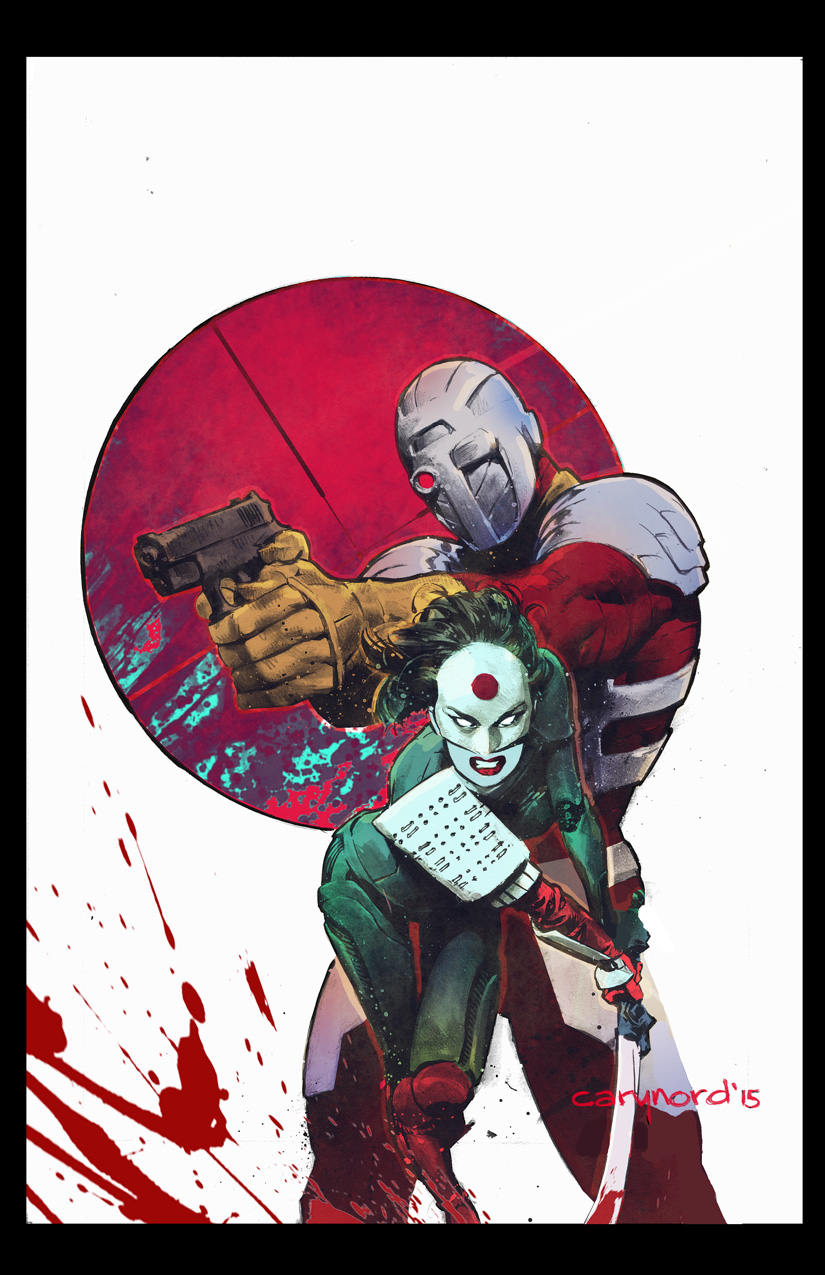 MSG: Is there anything spoiler-free that you can share about how the two come to face each other?

MWB: Katana begins the story by looking into the roots of her sword, the Soul Taker, and while she’s in the midst of that, the story takes a swerve. She becomes involved with Kobra and the forces of the European country he’s trying to take over. 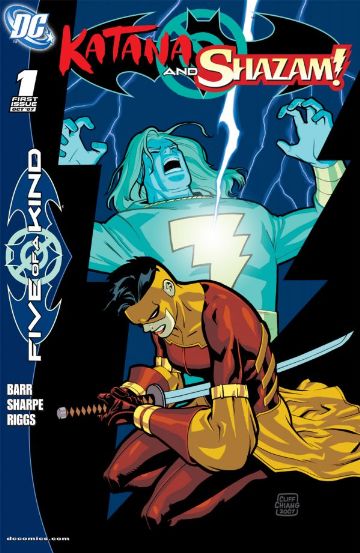 MSG: Is this the first time you’ve had a chance to work with artist Diogenes Neves?

MWB: Yes it is! I’ve enjoyed his work for a long time and when DC said they wanted him to be the artist, I was of course really glad about that. He tells a story well, and draws beautiful women. I’m really looking forward to seeing his version of Katana. He’s just one of those guys who seems like he’s able to do just about anything you can toss at him.

MSG: Speaking of beautiful women, any chance of seeing Halo pop up in this upcoming series?

MWB: One of the interesting things about Katana and Halo is that they were created to be sort of a mini-Batman and Robin team. But, as it turns out over the years, it seems like both characters can work just as well on their own, which I hadn’t foreseen. I’m certainly happy about it though, for dramatic purposes.

But there may be some echoes of previous stories that longtime readers may recognize. That’s about all I can say. 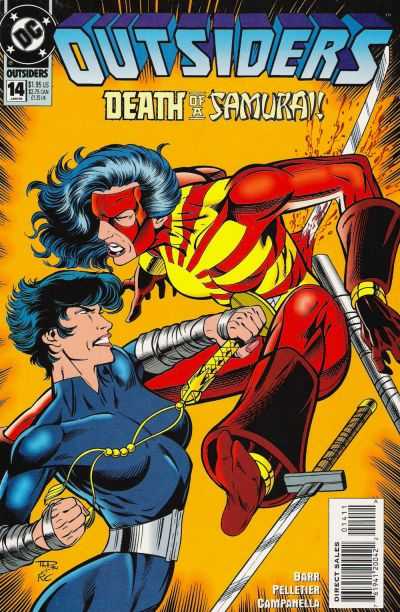 MSG: Fair enough! Any final thoughts on the upcoming series or its connection to the Suicide Squad?