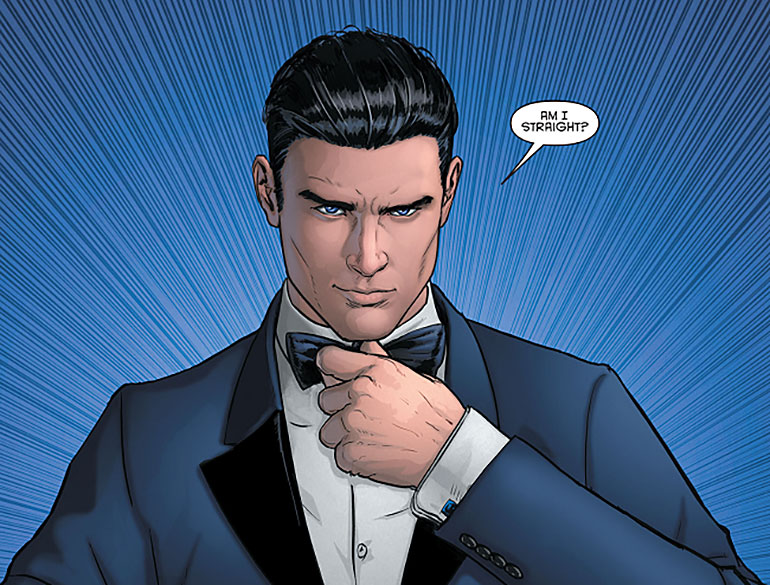 With his 75th anniversary arriving this year, you’d think Dick Grayson would be a character whose identity is pretty set in stone. Nothing could be further from the truth. With his new career as super-spy in the pages of Grayson, the former Nightwing is coming out of his shell (and often his pants) under the pencils and inks of artist extraordinaire Mikel Janin. Janin sat down to share a little bit of his thought process on the characters at the forefront of this “new season” of Grayson, and answered THE most important question of all. 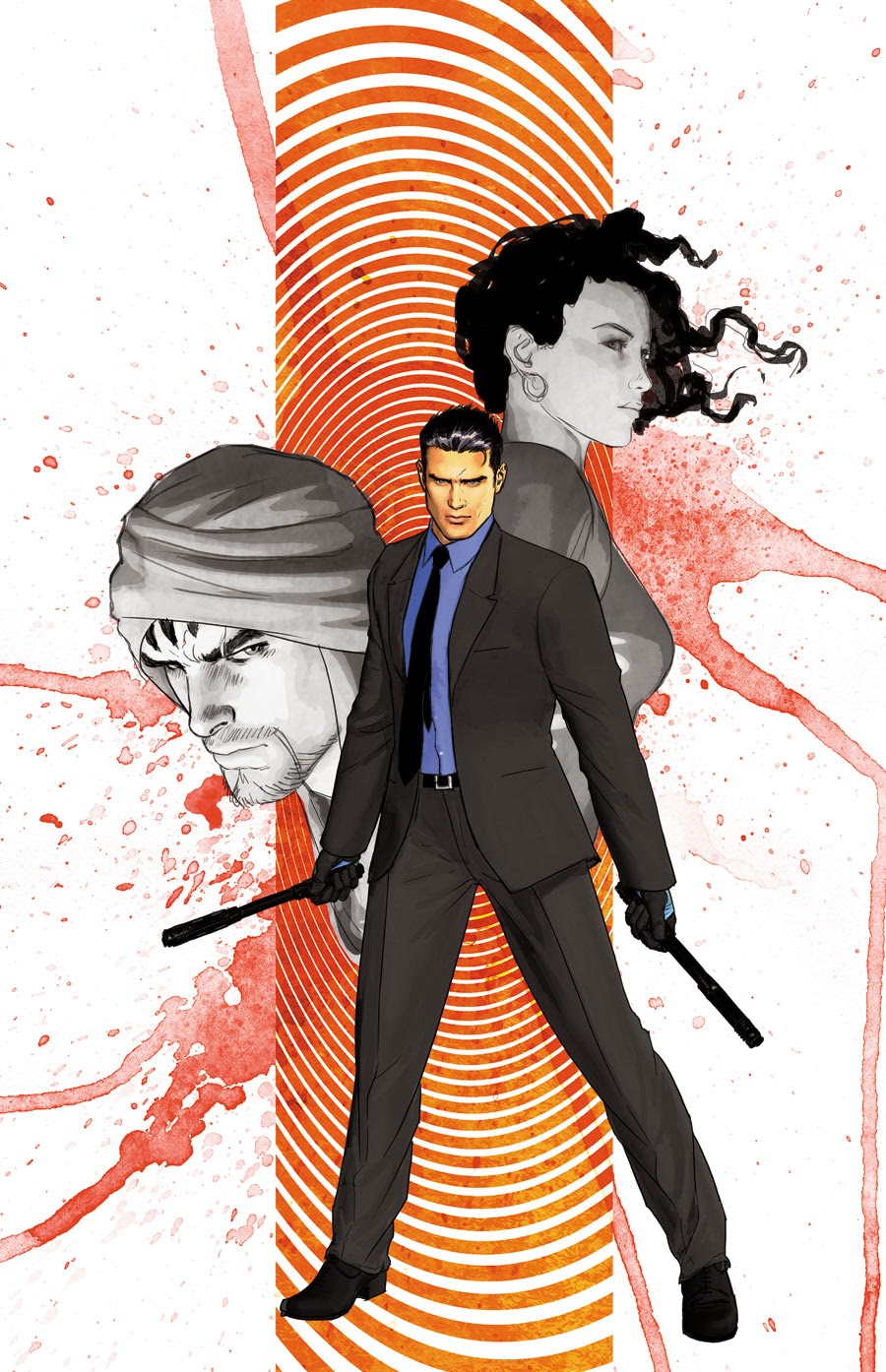 Matt Santori: Mikel, thanks so much for taking time out to talk Grayson!

Having appeared briefly in the 8 page preview, Agent 1 joins the full-time cast with Grayson #9. How was it working with Tom King to develop the Tiger King’s look and how did his background inform that?

Mikel Janin: Tom is just as passionate as I am for character design, and he provided a complete depiction of the character and images for reference, so I could work from that. The truth is we only needed one design and everyone was happy with him. He’s an awesome character to draw.

MSG: The arrival of Agent 1 is predicated on another big shift in the book, the promotion of Helena to Director of Spyral. You’ve made Helena every bit as athletic as Dick — will you be shifting her focus behind the desk now? And how do you see her physicality by comparison to Dick’s?

MJ: To me Helena has her own personality in every way, including her athletic skills and physicality. I think she is like Catwoman, elegant and agile like a Panther. I don’t think her new role will change that. 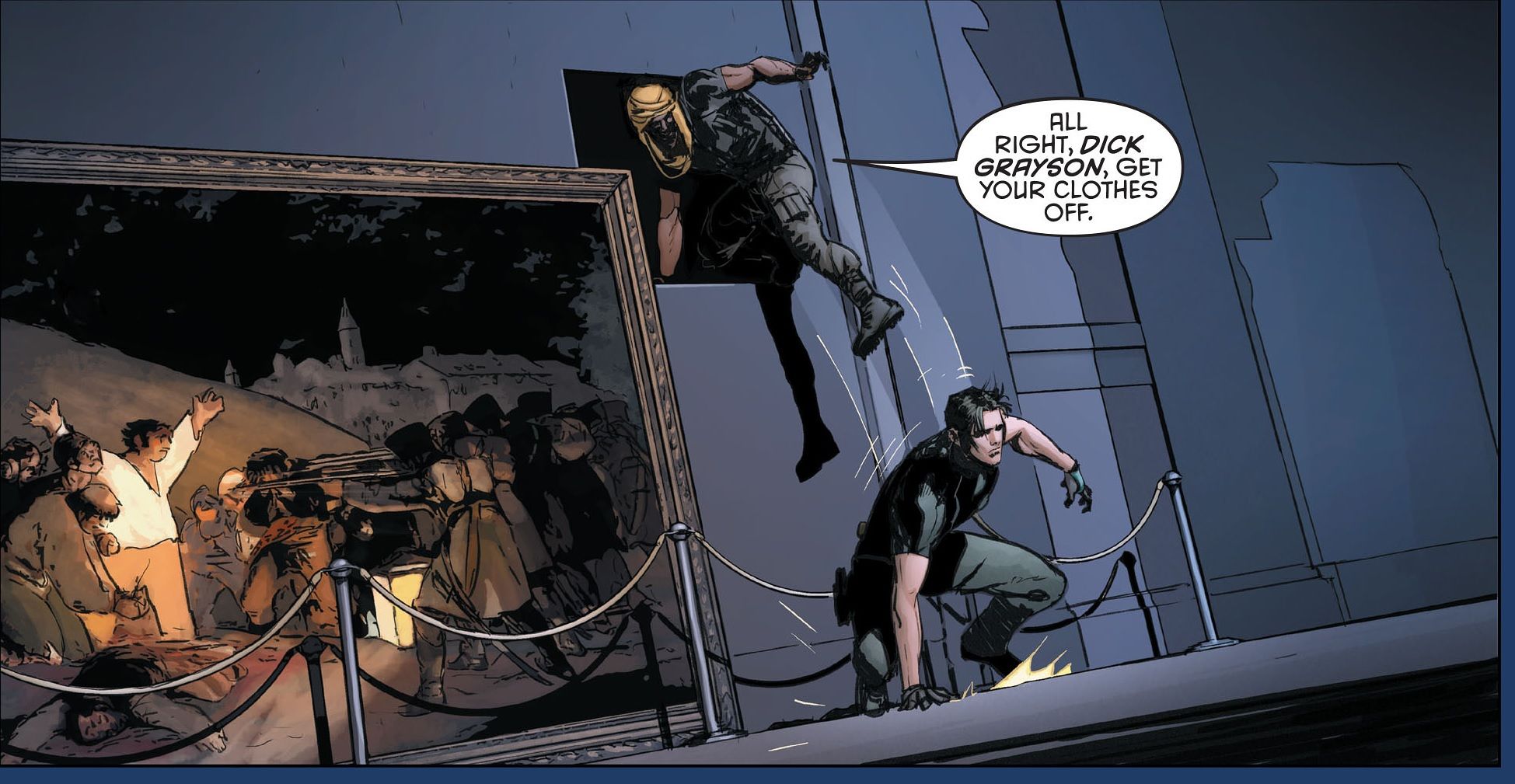 MSG: Spyral itself is a seriously twisted web, even with Helena now taking charge. What types of things do you consciously like to incorporate in your work to give the book that edgy, spy vs. spy feel?

MJ: Spyral is like a character itself. Most of it was from Grant Morrison and Chris Burnham’s work on Batman Incorporated, but now it has evolved organically along with Grayson, taking elements of James Bond or other spy movies and shows. I’d say it’s a compiling of every fictional spy organization ever existed, and it’s fun as hell to work with.

MSG: You’ve moved characters from school grounds to a desert to free falling out of an airplane — how do you set yourself up for illustrating each environment so distinctly?

MJ: Tim and Tom help a lot, usually sending reference pics of what they have in mind. I study the environments first, trying to make them very grounded, bringing a sense of real world, which makes a deliberated contrast with the trippy lines of Spyral. 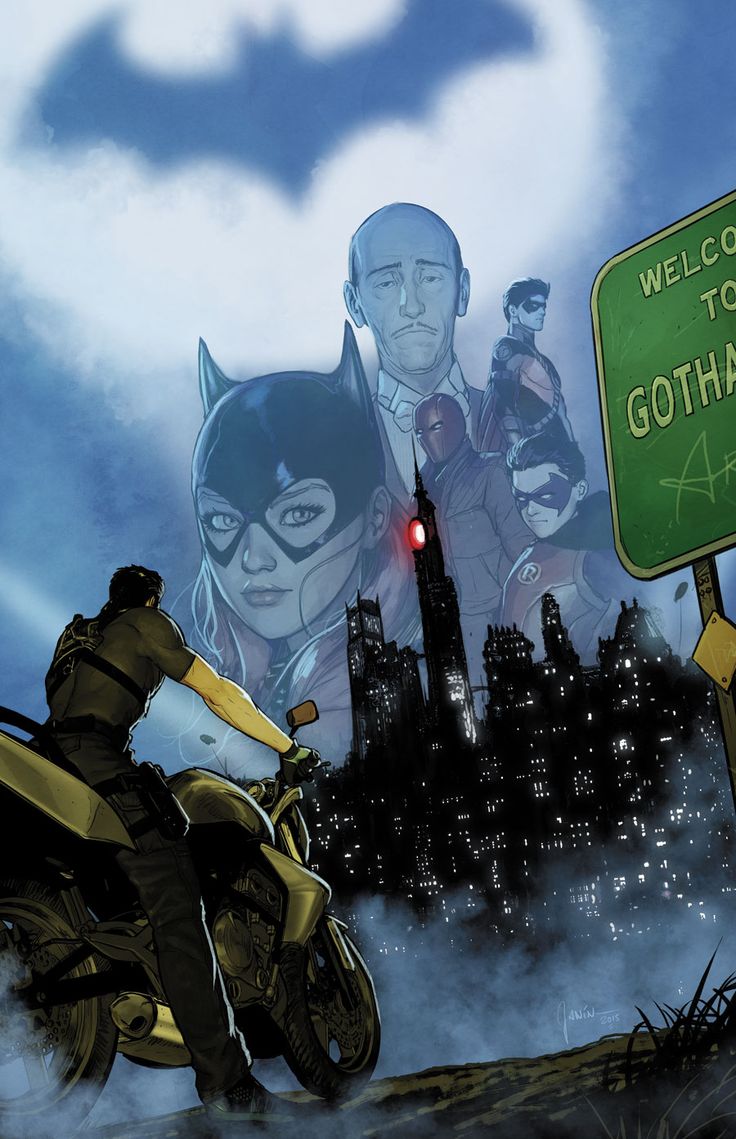 MSG: With this next story arc, we see Dick headed back to Gotham City — what are your first impressions of having Grayson in his “home territory”?

MJ: I’ve read the script of issue #12, and it brings every bit of emotion you can expect of Dick back in Gotham. I can’t tell more, but I’m sure people will love it. It’s a beautiful issue, and I can’t wait to start with it.

MSG: You mentioned in the DC live chat that Barbara Gordon is one of your all-time favorite characters. How do you envision her in preparation for her appearance in Grayson #12?

MJ: I’m really excited about it. I hope I will be able to give her the freshness that Cameron Stewart and Babs Tarr are doing in their series, mixed with her traditional personality. I think every Dick & Barbara fan will be pleased.

MJ: Butt all the way! 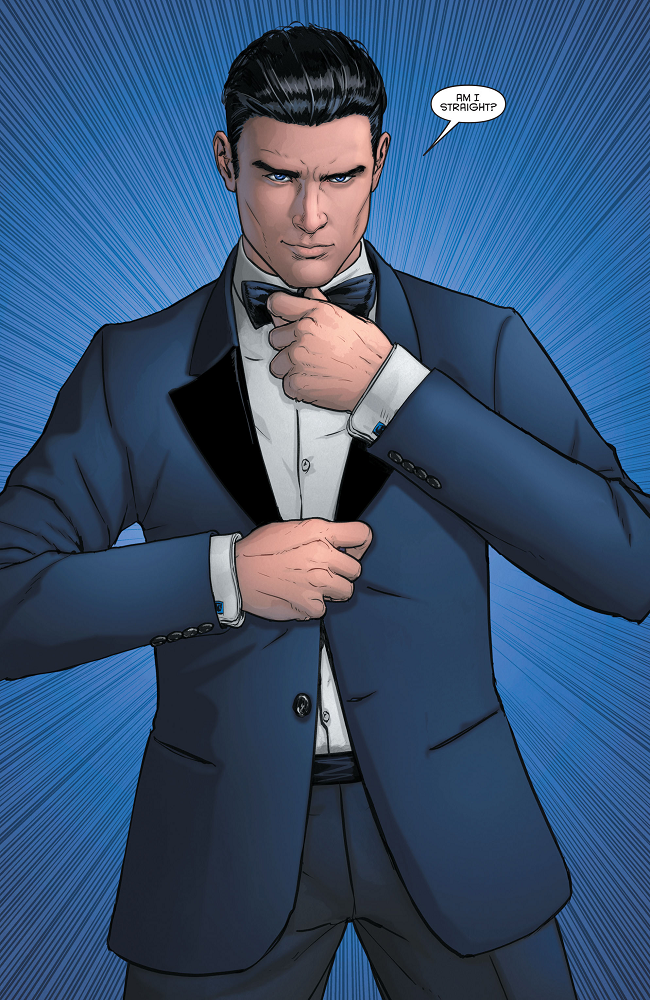 The first part of Grayson Season 2, issue #9, is in comic shops now — alongside the Grayson Volume 1: Agent of Spyral hardcover — featuring the art of Mikel Janin.