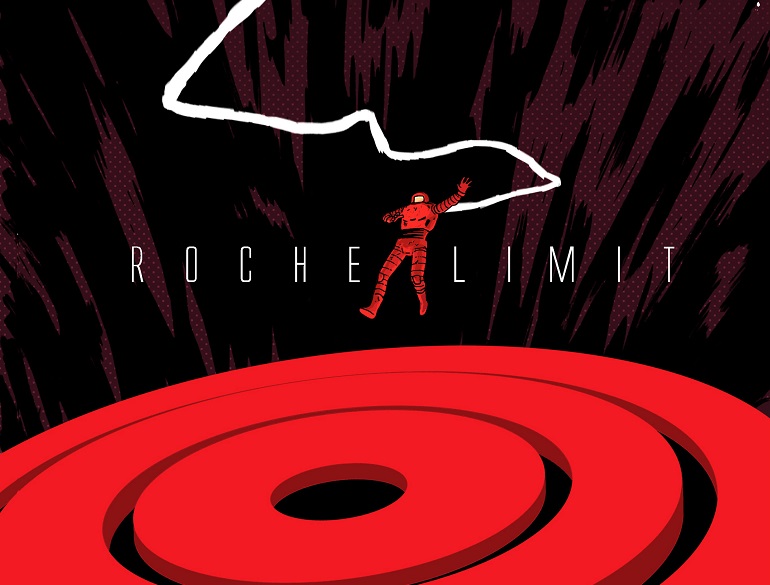 Sci-fi noir is coming to stores this fall from the creative team of Michael Moreci and Vic Malhotra. That’s right, Roche Limit is coming! After a series of viral trailers that caused a lot of buzz, Comicosity got the chance to get the word about the series from the writer himself, Michael Moreci. Below, you’ll find out what Roche Limit is, and what you can expect from this bold new series. 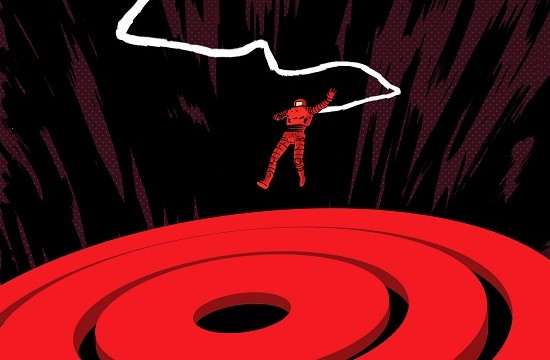 Aaron Long: First off, thank you for taking time to talk about Roche Limit! How did this series come together?

Michael Moreci: You know, intelligent sci-fi is one of my favorite things there is. Give me some sort of science fiction story that is invested, deeply, in the human condition or society, and I am in. I’ve been trying to make one such comic myself, but hadn’t been able to put the pieces together until Steve Seeley told me about this weird thing called a Roche limit—I was off and running from there. In fact, I was writing pretty feverishly; things came together fairly quickly at first (a lot has changed, but the fundamental building blocks of what this story is and what I wanted to say were all there).

Shortly after this, Vic sent me an email, seeing if there was any possibility of doing some work together. He got his hands on Roche Limit and it clicked. Not only is he an incredible artist, but he gets what the story is trying to do—Vic and I share a passion for the material as well as the risks it requires us to take.

MM: Okay, here comes a mouthful. Roche Limit is sci-fi noir with a touch of existentialism in the vein of Blade Runner or Gattaca, Solaris or Moon with a touch of Raymond Chandler and Stanislaw Lem. The series will be a trilogy consisting of three five-issues miniseries. The first series is what you’ve seen so far. The next takes place many years later; then the final installment…I shouldn’t say. Not yet.

The Roche Limit is a colony built into a semi-habitable dwarf planet. Its construction was funded by Langford Skaargard, a billionaire who sees it as an opportunity for humanity’s next great step into space exploration. But, it all goes wrong, terribly wrong. Instead of evolving mankind and our space in the cosmos, the colony became basically a mirror of Earth, poisoned with crime, corruption, and greed. When the story picks up, the memory of the colony as this doorway to the beyond is all but forgotten.

Now, the plot centers around a missing young girl, Bekkah, and the quest to save her. In doing so, a cadre of Roche Limit colony misfits—some criminal, some not—will plunge into the dark heart of the place and uncover its secrets—and reveal a dark future for mankind.

Did I mention the colony is situated beneath an energy anomaly (which forms the Roche limit)? Because it is…what the anomaly is, well, you’ll have to read to find out. 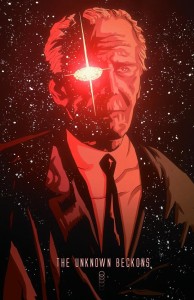 AL: With Roche Limit you are both venturing into the realm of sci-fi. What drew you to working in this genre? What aspects do you like, and are there aspects that are intimidating or more labour intensive than you anticipated?

MM: I think the intimidating thing, for me, is embarking on a journey that is going to be very challenging. The book is unconventional in so many ways, and there’s a type of fear of really deviating from the beaten path. You do superheroes or an established brand, you’re pretty much okay. Sci-fi? Keep it action-y and, again, not too much to worry about. But, ha, go down the path of a strange, existential tale and…well, you’re running some risks. Don’t get me wrong, I think Roche Limit is very entertaining, and Vic’s art is tremendous. But, we are pushing things, pushing ourselves, pushing the story. I think the result, ultimately, is something special.

AL: Just from the teasers alone it is obvious that there is a cohesive look for Roche Limit. Can you discuss the design and feel of the series?

MM: Well, this has a lot to do with Vic. We had many, many conversations on the look, establishing a visual motif that carries consistently throughout. From the covers to the design to the characters and the world of Roche Limit. Vic is very precise, very imaginative but also thoughtful in everything he puts on the page. I know it’s important for him, and me, to give our world a look and feel all its own. The result is familiar yet fresh at the same time. I mean, that’s the thing of the series—here’s this colony in space, a triumph of pioneering, that has withered to a slum. That’s the heart of the design: broken futurism. Doing that, producing the right look and feel, has been a blast. And Vic, man, he has nailed it.

Granted, inspiration infused a lot of what you’ll see—Blade Runner, Mobieus, Dark City, on and on. But it was important, to Vic specifically, to make the Roche Limit world feel authentic and lived in. 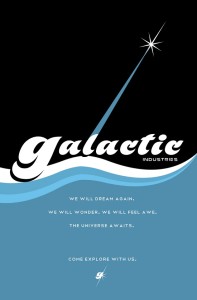 AL: In the teasers there are two corporate entities mentioned: MoiraTech and Galactic Industries. Can you discuss these corporations and their role in the series?

MM: This is a cool thing to discuss, because this is like a “bonus” story for the series. Every issue of Roche Limit, I believe, is going to go cover to cover. We’re packing the content with infographics, fake news articles, things like that so to enhance the overall experience. That’s what we want reading Roche Limit to be—an experience. Most of it won’t be essential to the plot, but it will all help flesh out the world and make reading it all the more rewarding.

As for Galactic and MoiraTech, these are competing corporations in the race to define the Roche Limit colony, in its early days. Which one won and what the impact was…well, knowing that the place is a slum, the winning party clearly screwed things up. But it’s much more complicated than that.

AL: Any final words for Comicosity’s readers regarding Roche Limit?

MM: Here’s the thing: New comics come out every week. New series, new reboots, new debut issues…there’s no shortage of options which, in a way, is awesome. I don’t know if Roche Limit is better, but I will say this: no comic series that I can think of is as ambitious and unique as Roche Limit. If you give this series a shot, and I truly hope you do, you’ll be rewarded with something different, something that, at the very least, is trying to reach new heights as a comic. I love this book, I’m immensely proud of it, and I hope you join us on this journey.

Roche Limit hits stores this September from Image Comics. A preview of the first issue can be found here: http://www.comicosity.com/first-look-roche-limit-1/