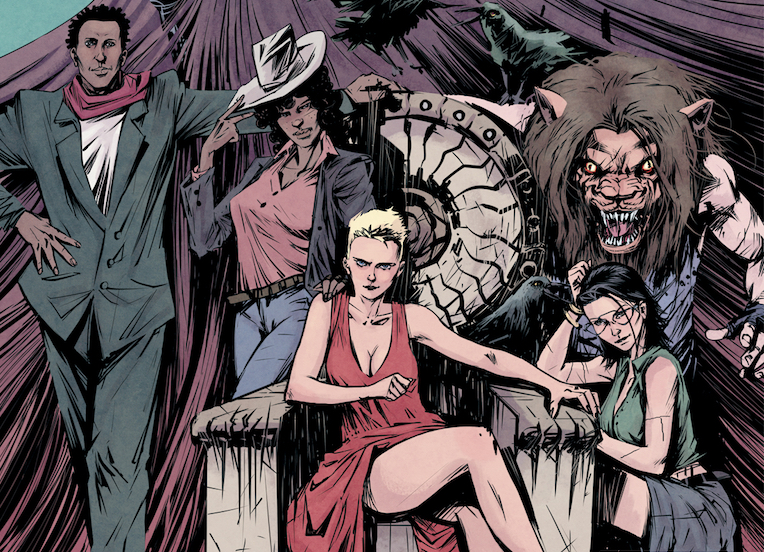 Murders, revenge, and a Frankensteinian twist! I talked to Paul Tobin about his exciting new comic series Made Men with artist Arjuna Susini and colourist Gonzalo Duarte! 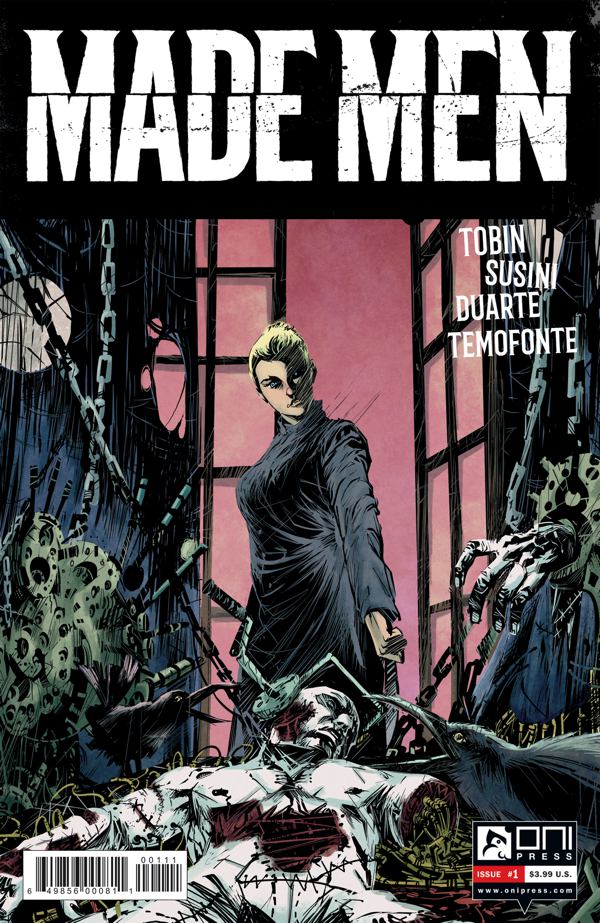 Mexi Gremillion: Why Frankenstein? What drew you to be inspired by that specific gothic tale? What brought you to creating a story around it?

Paul Tobin: It’s always been a huge influence on me. I remember watching the old films as a kid, and Victor Frankenstein was this incredible mix of genius and reckless madman. And the monster, literally raised from the dead, but as a composite creature, given life once more, but a new life: his old life and even his old world were incredibly out of reach. To him, he lived again. To the world, he was worse than dead. All of these various dichotomies are, I think rich avenues to study. I’ve always wanted to throw my hat into the ring and, more importantly, to go far beyond Victor, to explore other members of the Frankenstein family. History is rife in many areas with families that excel in the same areas: brothers who are incredible basketball players. Sisters who understand the intricacies of physics. That made me wonder, “Who else in the Frankenstein family had a talent for resurrection?” 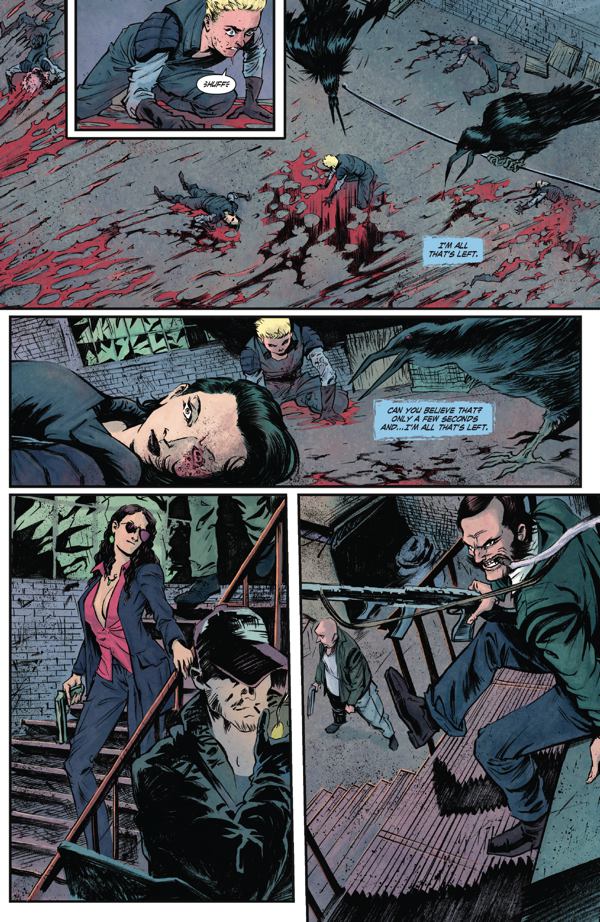 MG: I love the scene in which Jutte rises from her blood, fully recovered, like a phoenix surrounded by devastating tragedy. It just has this moment of hope the reader’s looking for, the kick-start where the true story begins. It’s a cool scene. What’s been your favorite scene to write for Made Men so far?

PT: That one’s up there, because it’s the culmination of some pretty intense pages. I also like the quiet character moments that show the reader (and, me!) what a character believes in. Who they are. In some ways, some of my favorite moments are ones that have little to do with the plot, and more to do with the people in the plot. Because that makes me care not only about THEM, but their place IN the plot. 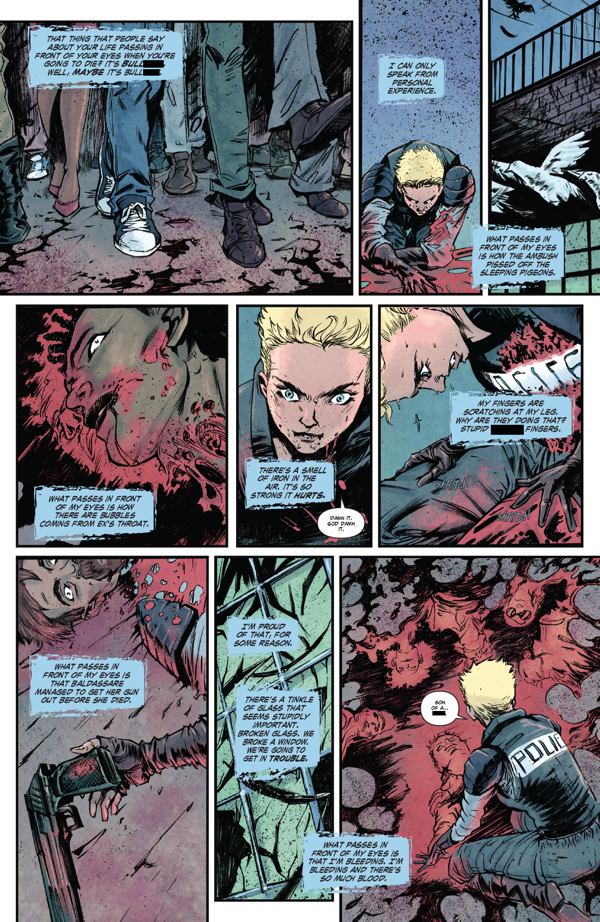 MG: I really like how you humanized Biz. I love that, while he seems to be this coldblooded drug lord ready to massacre for a boost in profits, his true intentions are much more humanizing and something the reader can empathize with. Who’s been your favorite character to write so far in this series?

PT: I suppose it’s Jutte Frankenstein herself, because I’ve first been having fun establishing her, and now I’m in the process of twisting her, a little She’s changing, and it’s fun to walk along with her while her outlooks transform. Hadry’s another one I really enjoy, because she’s like a child let loose in a world made of candy. This week I’ve been working on a script that heavily focuses on Ex, really telling his backstory, and how it affects his current story. That’s been vaulting him way up in my “characters I like to have around” list. 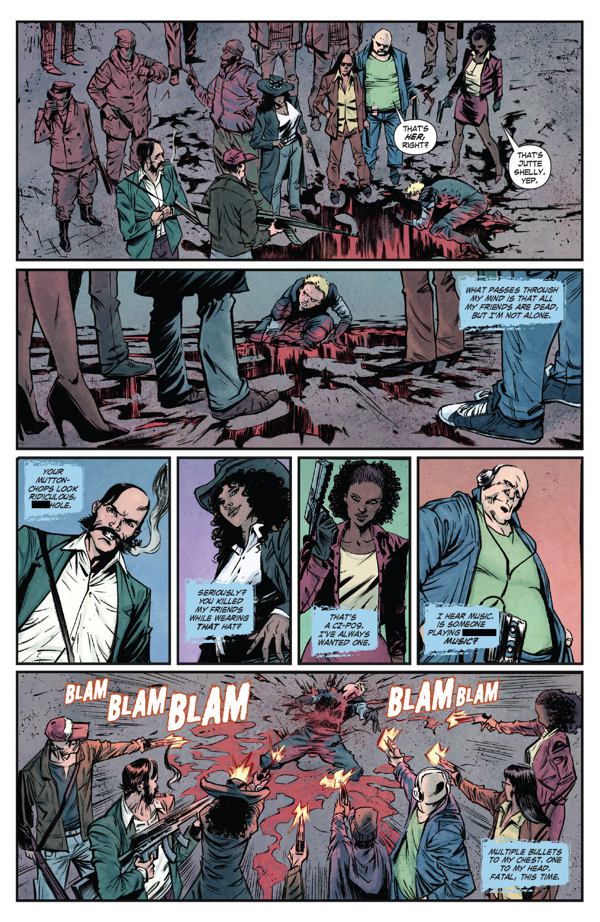 MG: You set this series up to be one about falling into your unnatural nature as well as a tale about action packed vengeance. I’m excited for where the story’s going and I can’t wait to read the next issue. But what brought you to this kind of tale? How did you go from Frankenstein-inspired to crafting a story almost opposite to the themes of the original work?

PT: There are a million comics, books, television shows and movies about detectives (or their like) who solve murders. But to me, they never rang true: I mean, sure, these tough / smart men and women do find out who committed murders, and do extract either vengeance or justice, but they haven’t solved the real problem: someone’s dead. If my loved ones had been killed, and then someone comes in and finds / stops the bad guys, that’s all well and good, but I still have some funerals to go to. I became entranced about someone who can solve THAT portion of it all, too. THAT’S solving the problem, when you can walk in to a house and say, “That guy who broke in here? We found him. He won’t be a problem anymore. Oh, by the way, I brought your dead husband back to life, too. Here he is!” Now that’s someone who’s done a good day’s work. Hurrah for the Frankenstein family. Of course there’s a million problems involved, and that’s part of the crux of the series, as it goes along. 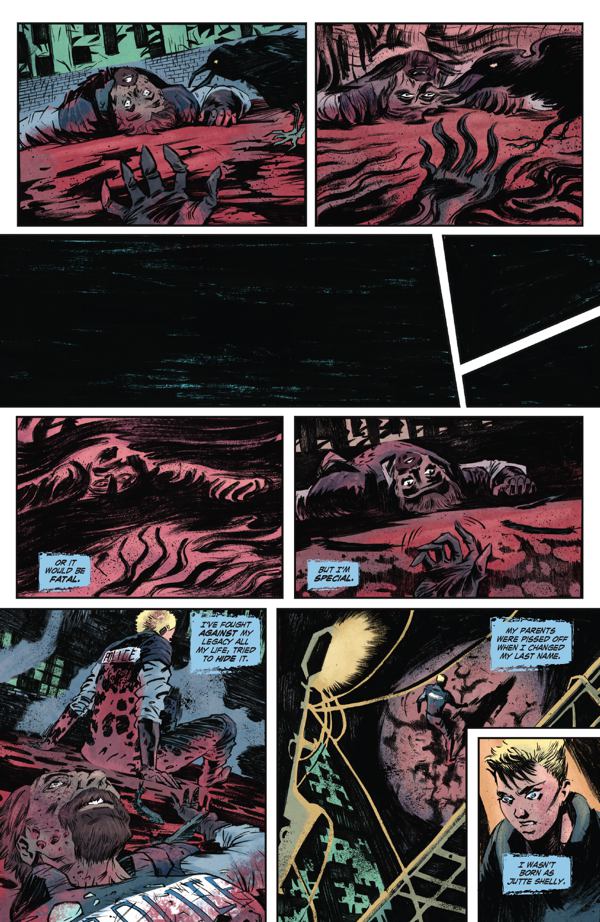 MG: I see that this story is mostly Frankenstein-inspired, but I was wondering if that’s the only gothic tale that you will take from? In future issues, will you be expanding your world into other equally bizarre gothic tales from the past?

PT: Not as consciously, I don’t think. I’m going to be taking the Frankenstein family a lot farther than has been done before, opening up new avenues into their research, and that’s going to occupy a lot of that side of the series. That said, there are other classics I have interests in, so a touch here and there might enter, but I think the story will resonate more if I keep to a solid core. 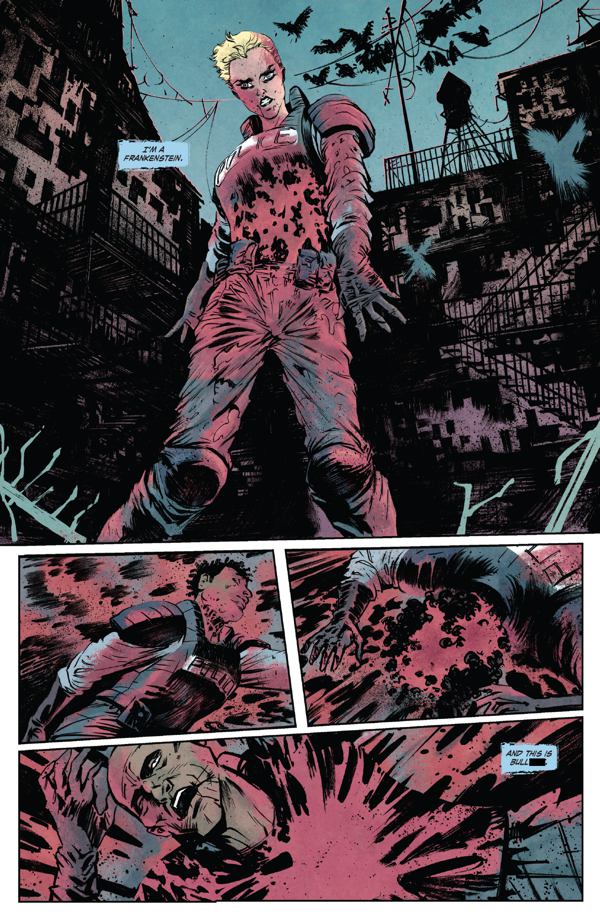 MG: Made Men has a fantastic first issue that sets up the plot and leaves readers wanting for more. Are there any juicy tidbits you can tell me about what’s to come in Made Men?

PT: A deeper look at who these people are, and then a much deeper, series-long exploration of Cecilia Frankenstein, one of the REAL brains at the Frankenstein family. The legacy of her diaries is what allows Jutte to do her thing, and as the series progresses we’ll find that Cecilia’s projects went FAR beyond what even Victor conceived. 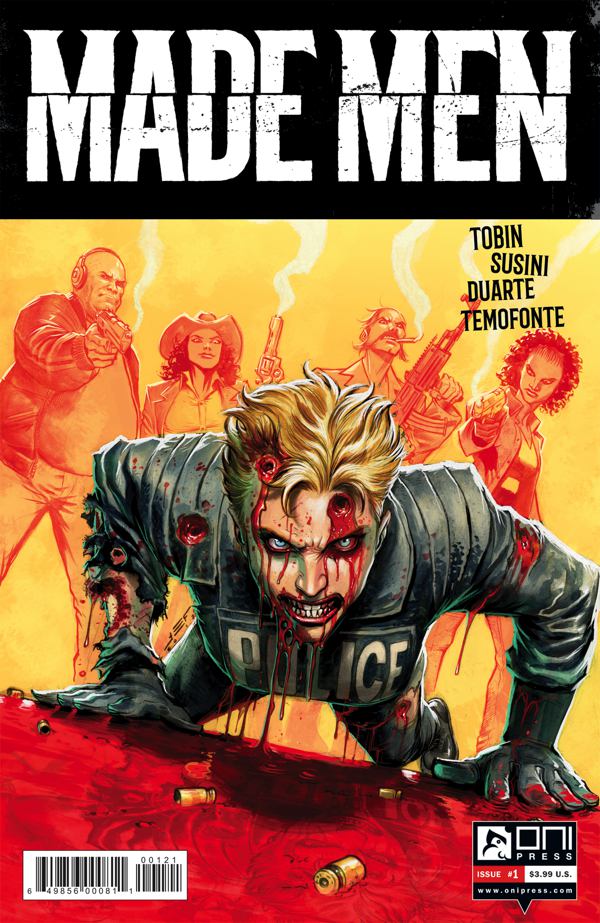 MG: Besides Made Men, are there any other projects that you’re working on that you’re excited about?

PT: Bandette is always a joy to work on, especially since I get to work with my wife, Colleen Coover, and we just won our third Eisner award for it, which really inspires me to up my game even more. And Plants vs. Zombies is fun, because I really get to cut loose. My horror series Colder is about to be released in a collected omnibus, and that has me excited for people being able to grab the whole thing in one chill-filled package. I have two new horror-related projects that should be announced in the next few months (we’re working waaaay ahead on both) and then there’s another web series in the works that’s really stretching my ideas of how to write comics, so that’s been invigorating. And then I have my Genius Factor novels, which are a hoot. I keep pretty busy, because my job is writing, and writing is fun for me!