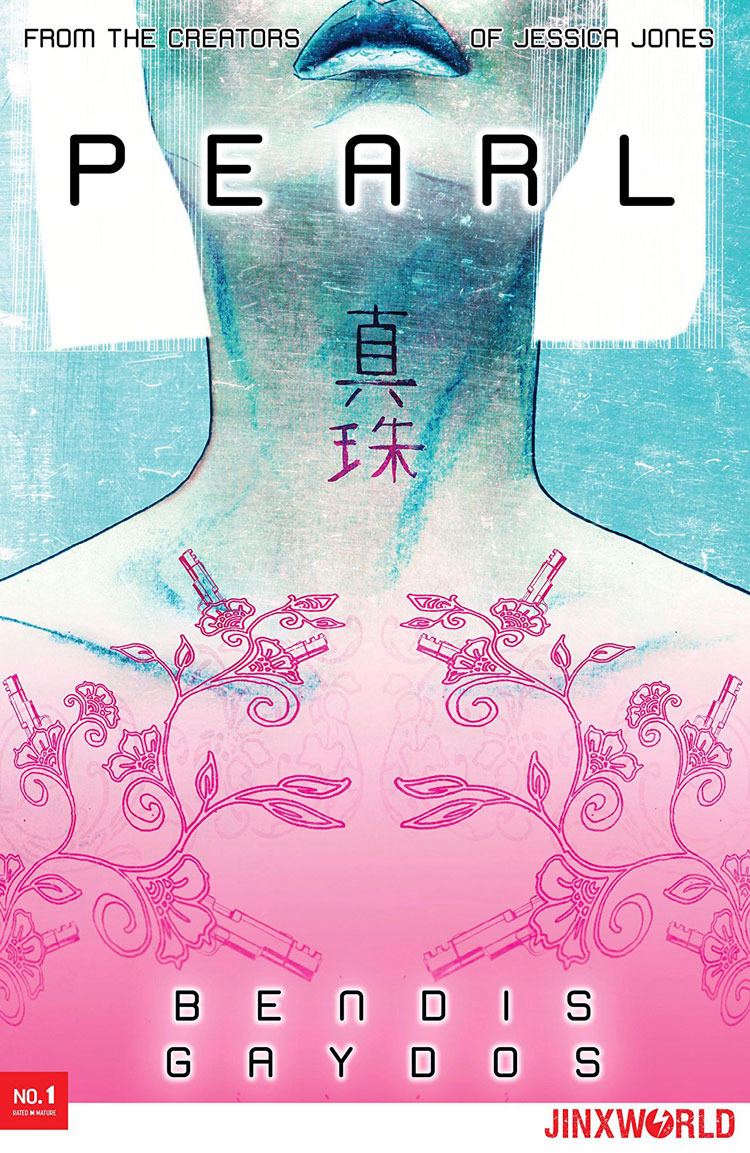 From page one of some creators’ books, you already have an idea for the aesthetic or vibe of how the story is going to be.

You may go into it excited for this — or dreading it — but hoping for a surprise.

While Brian Michael Bendis’ books do tend to have a certain style to them, his new creation with Michael Gaydos, Pearl, is not one of those books. This is a very good thing. Bendis is an outstanding storyteller and has told some of the biggest and best stories in the modern era of comic books. However, being able to move away from his usual M.O. and create something new and exciting is the hallmark of a truly talented writer.

Bendis loses no time in driving the reader from meet cute, to action scene, and then landing firmly in suspense in the first issue of Pearl. It makes for a fast-paced, exciting story that hints at another hidden layer of something intriguing going on in the overall story. It’s like the artistic technique to paint one color over another in order to let the vibrancy of one color shine through the other. There feels like there is something else going on here just below the surface, much like the spider tattoo the titular character Pearl proudly wears.

The intrigue of the story really grabs the reader and immediately opens up a world of questions that by the end of the issue leaving the reader wanting more. Bendis has created some interesting characters for Pearl and none, like the story, seem to fall into the typical character molds we might expect.

Gaydos art is exceptional and is storytelling as it should be. He excels at illustrating character interaction as much as Bendis does at writing it. The ”meet-cute” of Pearl and Rick works great as they both marvel over the tattoo. He captures expressions beautifully and gives the moment a nice flow to it. Even better are the action scenes that happen and are illustrated in a flurry of fast paced movements. It moves at a break neck speed as a double spread and then nicely slows down after the page turn into heart beat moments that give help to punctuate a reveal.

The characters are all drawn very realistically but more importantly apart from that their poses and expressions are very natural. The book really feels like a gritty episode of a Marvel Netflix show, which isn’t surprising or unwanted. There is, of course, a lot of tattoo art by Diego Martin throughout the story both on the characters and part of the design and it is lovely. The design work by Curtis King Jr. works great and adds to the art without overpowering it.

As with any book the colors and lettering play a very important part of the story and that goes doubly for Pearl. The story is awash in Gaydos’ rich saturated colors that help give the book that hidden mystery just underneath the top layer of the world. The colors bring the world to life and sets it firmly in a world that is like our own but also maybe just vibrating to a different tune. The lettering by Joshua Reed is smooth and flow into the story’s tone without getting lost. Sound effects echo off the pages raw-fully and bring the action to life in the readers head.

Overall, this is an exciting start for this series and a very pleasing visual immersion into this world. It’s good to see a writer really create something original and not fall back on “tried and true.” Developing the story from here and building on the solid start can lead to nowhere but success.