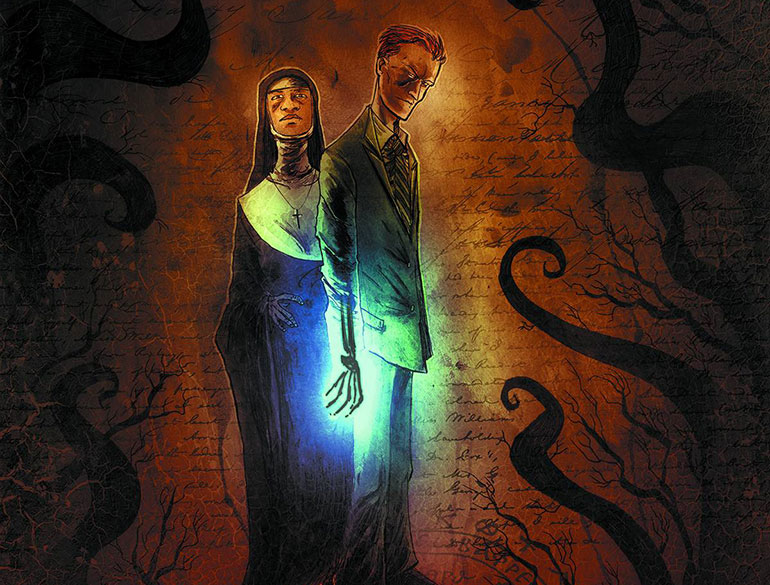 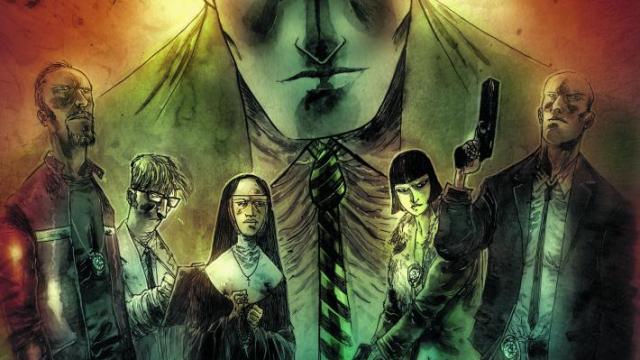 Gotham City has always been dark, but never so foreboding as this. Next month, writer Ray Fawkes and artist Ben Templesmith come together to mash-up the Gotham City Police Department with one of DC’s most supernatural of elements — the Spectre — in the new ongoing series, Gotham by Midnight! Fawkes took time out of his busy schedule on Batman: Eternal and Constantine to talk up a little of what Jim Corrigan is up to, who he has recruited to challenge the darkness, and whether the agent of God himself will be coming out to play soon.

Matt Santori: Thanks for taking time to chat, Ray!

Gotham by Midnight is a bit of a surprise for the Batman line, taking the concept of the Spectre and mashing it up with the Gotham PD. How did the pitch on this project come about? Was it always a plan to spin out of Batman: Eternal?

Ray Fawkes: It wasn’t always the plan to spin it out of Eternal, but when time came up for me to pitch something new to DC, I thought it was a logical move – and one that I could really enjoy! Plus, it was something that I saw would give us the chance to be really risky – really unique in the Bat-line, and over all of DC in general. All of my thanks go to Dan Didio and Mark Doyle for seeing my hopes there and encouraging me to cut loose as hard as I really wanted to. 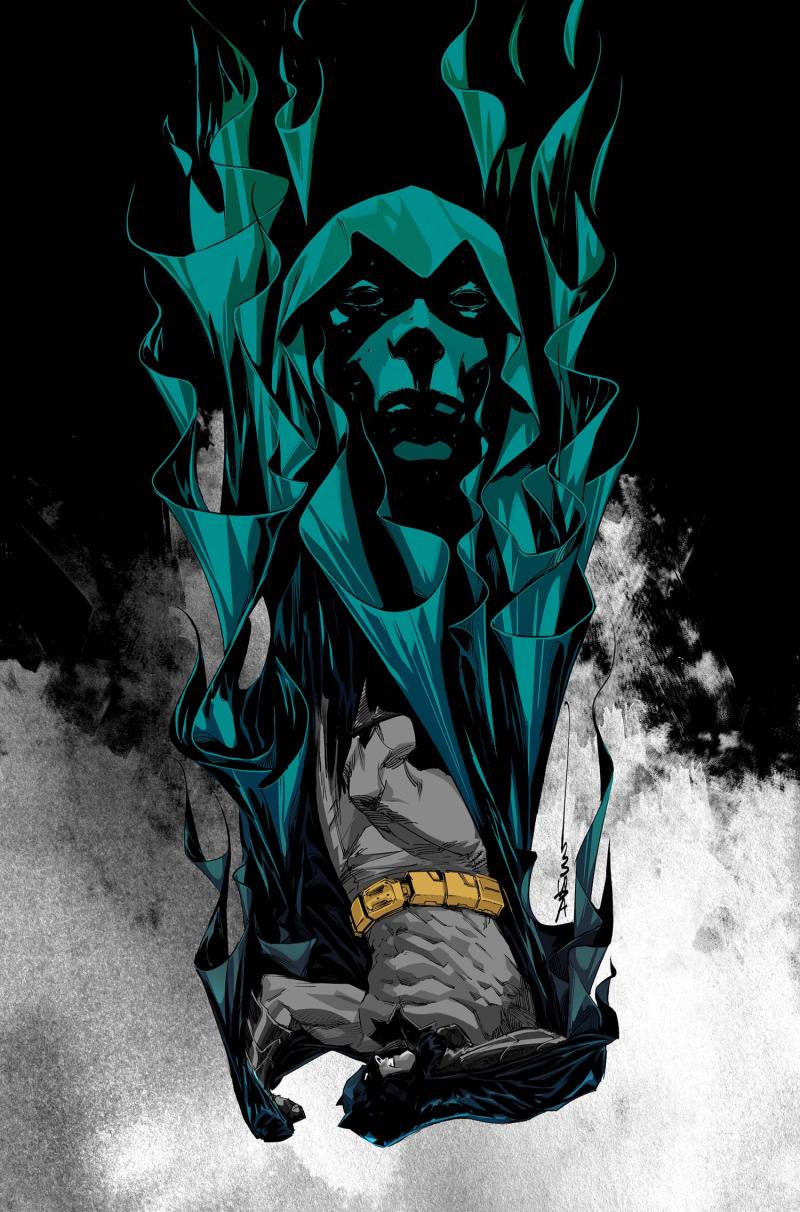 MSG: Gotham City itself seems to be a main focus in the title, as you’ve described the city as “spiritually sick.” How do you go about writing such an iconic environment and looking at it in a fresh way?

RF: It’s a matter of taking the fantastic material that’s already been built by great creators and approaching it from a new angle  — one that both honours their work and casts it in another light. It’s like rotating a familiar shape and shining light on it in a new direction.

In this case, I started with the pervasive darkness of Gotham — something that readers are well versed in and comfortable with — and looking at it from the perspective of a man who searches for the root causes of sin… Detective Jim Corrigan.

MSG: Speaking of Jim Corrigan, he is also the other half of the mystical force known as the Spectre. In your Batman: Eternal issues, the Spectre is actually taking a huge back seat to Corrigan. How does the character balance between the two work in your mind?

RF: I wouldn’t say that The Spectre takes a back seat to Corrigan, per se. Readers have only seen the first part of that story in Batman: Eternal so far, and by the time that book is done I don’t think anybody’s going to be thinking of the Spectre as anything less than the most powerful (and perhaps terrifying) feature of Jim Corrigan’s being. 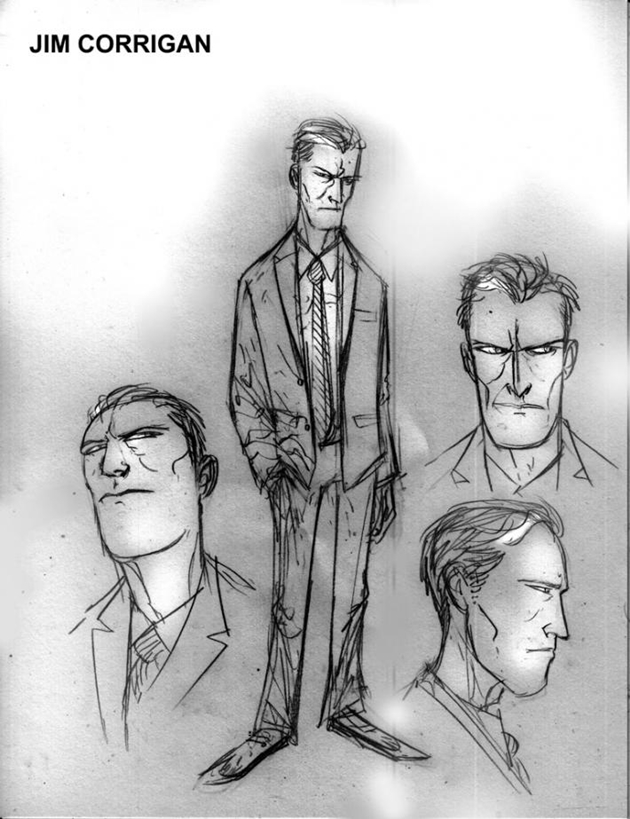 In my mind, Corrigan is the desperate, nervous human gatekeeper to the implacable force of divine fury represented by the Spectre. But, I guess if he’s the gatekeeper, he’s not sure where the key to the gate is, or how to open or close it. It’s more like he struggles to satisfy a number of conditions that keep that gate from opening… because when it does, judgment comes through, old-testament style.

MSG: Is the Spectre still the agent of God he once was, or has his mission changed with his reintroduction?

RF: Yes. He is the agent of God’s justice. And thus, as an extension of God’s will, he works in mysterious ways. Sometimes he doesn’t help when circumstances are dire. Sometimes he comes out when it doesn’t seem necessary. Sometimes he judges the innocent and the guilty alike, and Jim Corrigan is left to pick the pieces off the ceiling…

MSG: What can you tell us about the different personalities you’ll be introducing in the title?

RF: They’re anything but a standard police squad. As far as the GCPD at large are concerned, these guys (nicknamed, without affection, the “Midnight Shift”) are a bunch of go-nowhere freaks who waste their time chasing ghost stories. They’re also — according to Jim Corrigan, at least — the city’s only hope of survival.

They are, at the story’s beginning:

Detective Lisa Drake: Corrigan’s brilliant and melancholy partner. She listens unironically to goth music, okay? And she also handily wades knee deep into the kind of investigations that would make most people scream their faces off and then spend the rest of their lives a babbling wreck. 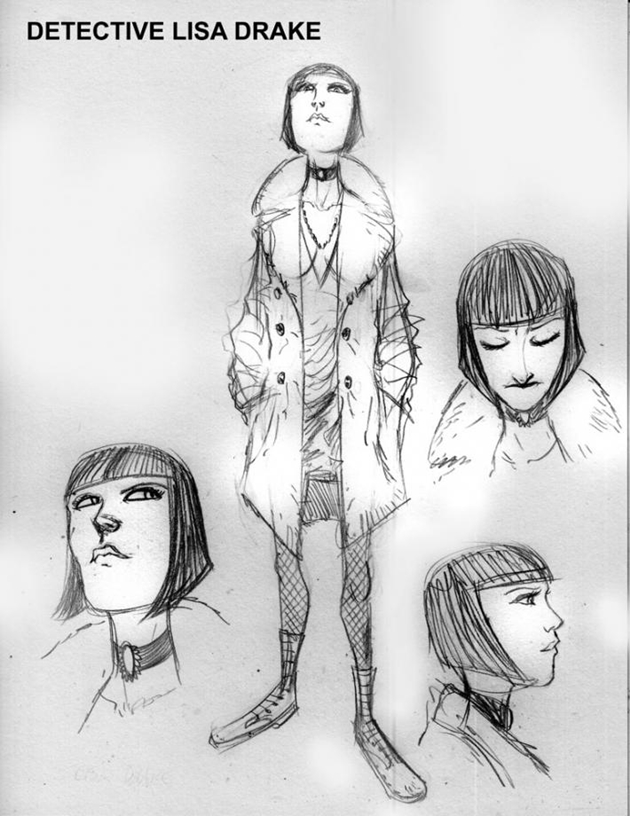 Lieutenant Sam Weaver: their commanding officer. A man who thinks he’s got so little to lose that he’s willing to humour Corrigan and Drake in their “madcap” nightly adventures.

Sister Justine: a nun with a very particular talent, beyond her incredible scholarship and her general élan. She’s Corrigan’s most trusted confidante, actually, which means she knows things that nobody wants to know. And somehow, she still has the strength to get up every morning and go to work.

Dr. Szandor Tarr: a forensic investigator who isn’t a believer exactly, and isn’t a non-believer. He may be the most open-minded person Corrigan’s ever met — and that’s saying a lot. Either way, so long as he gets to dissect creatures that nobody else has ever documented, he’s totally happy. A scientist’s scientist.

There will be more, in time.

MSG: What specific types of threats can we expect to see in your first arc?

RF: Cthonic beasts that exist, in part, beyond time and space, who have planted their tendrils in Gotham’s soil for reasons that will be revealed soon enough. Or… perhaps they were born from that soil? Ah, that’s an interesting question, as Dr. Tarr would say.

MSG: What do you feel Ben Templesmith brings to the cast and environment of this series, and how has your collaboration been developing? 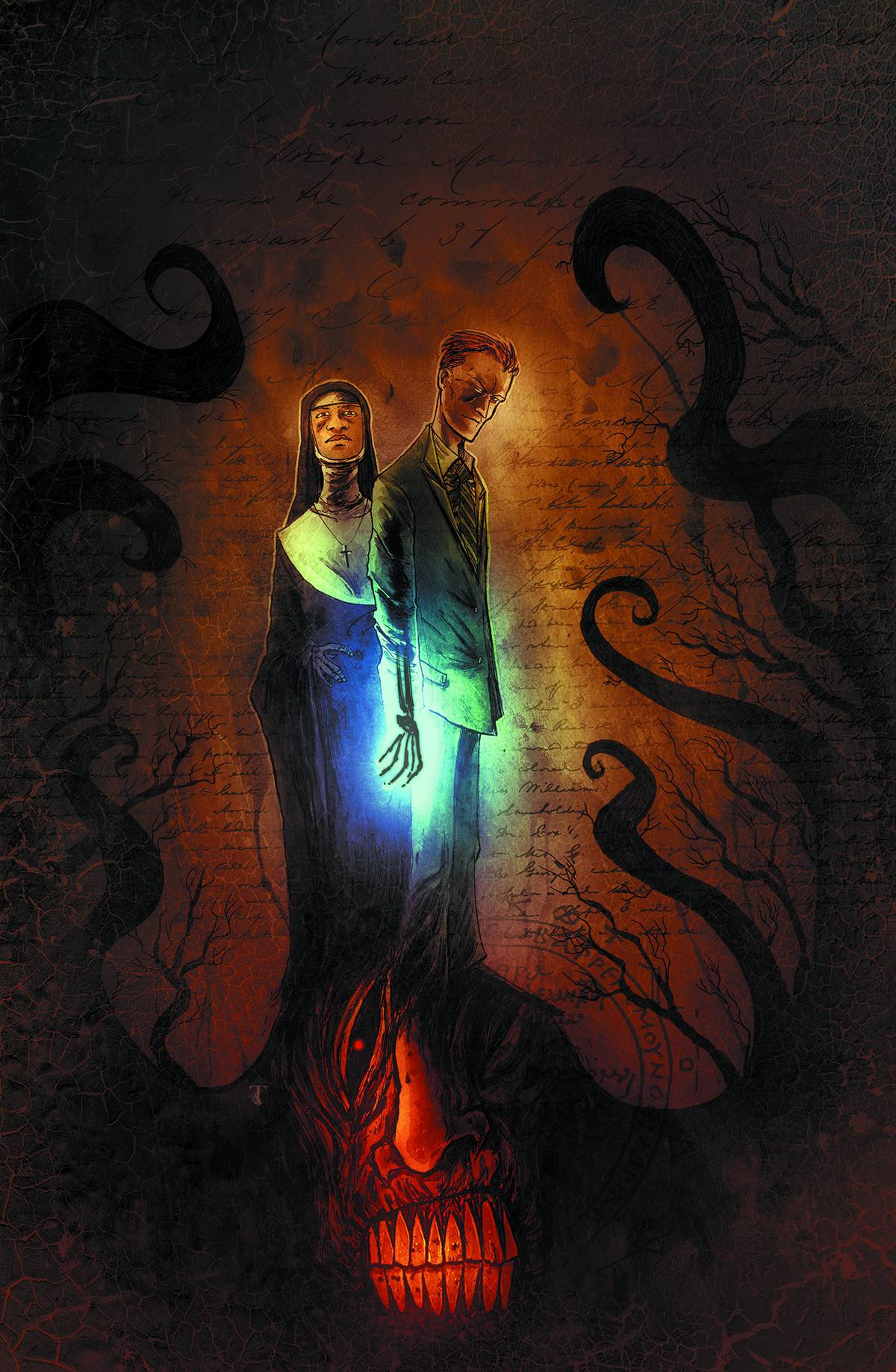 RF: Ben brings a gorgeous, sick wickedness that I honestly think multiplies the book’s worth by an unimaginable amount. I can talk up a blue streak about how different and how freaky this book is – and it IS – but it’s not until readers see Ben’s artwork that their minds will be well and truly blown. And I believe they WILL. I’ve been looking at this stuff, and I can’t get enough of it.

It’s like Ben’s constantly saying “you want to get strange? LET’S GET STRANGE”.

MSG: Any final thoughts or special teases for the Comicosity audience about Gotham by Midnight?

RF: Go into this book with no assumptions. Yeah, DC is a mainstream publisher, but you need to know that they’ve given me so much leeway on Gotham by Midnight that it’s going to read like nothing else in the entire line. Go for it!

The whole bat-line is going absolutely nuts, creativity-wise, and we’re striking our own blow for weirdo horror entertainment with this one! We’re proud to be part of it, and we’re hoping that you enjoy the ride!

Ray Fawkes’ latest title, Gotham by Midnight, arrives in shops and online on Wednesday, November 26. You can read Ray’s work weekly in Batman: Eternal, as well as monthly in Constantine from DC Comics.

He also just released an original graphic novel from Oni Press entitled The People Inside, which received a 10/10 in its Comicosity review.