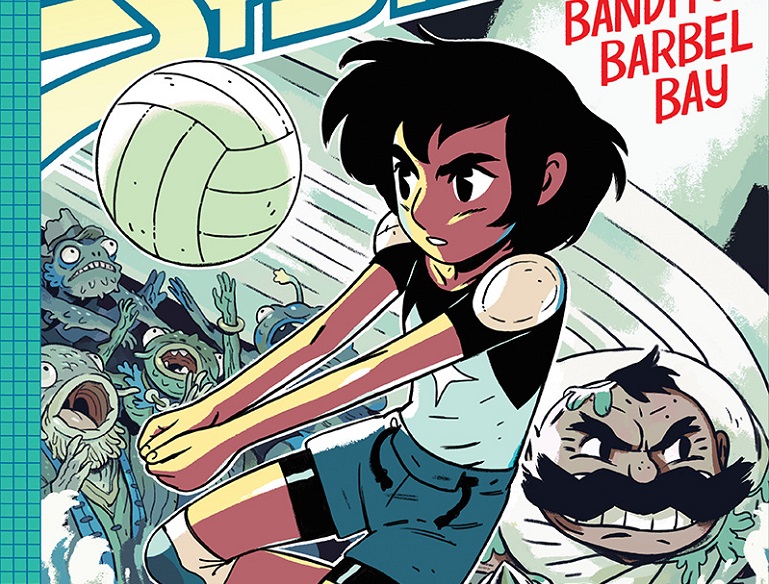 Cartoonist Sam Bosma brings Wiz and Mug back to comics…this time on the volleyball court! In this awesome tale, Bosma builds out the world of Fantasy Sports with fun and action, and he took some time to chat with Comicosity about where Fantasy Sports came from, what’s coming and whether or not Mug’s rage can ever actually be sated… 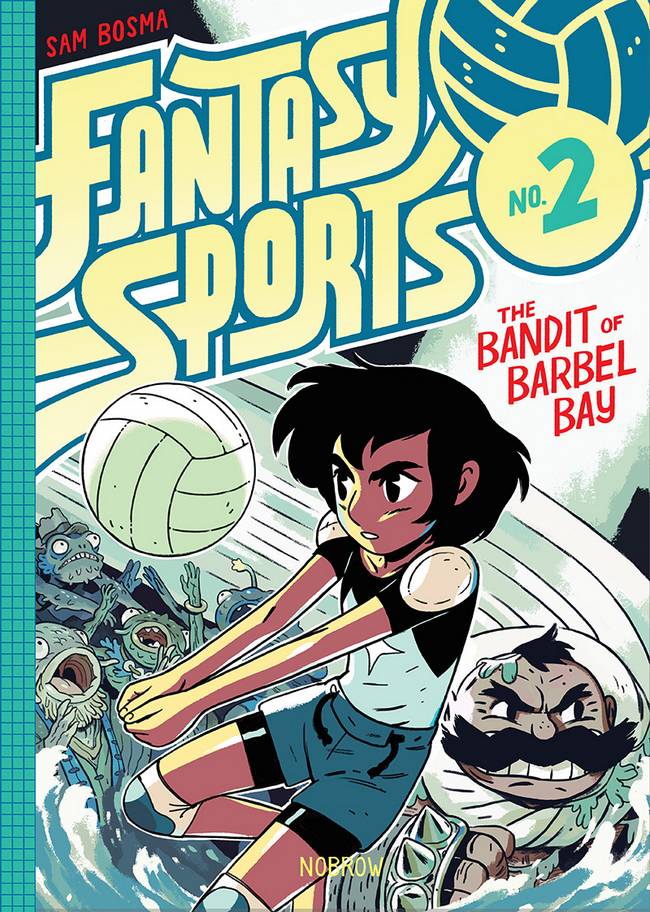 Aaron Long: Thank you for your time, Sam! This question goes back to the days before Fantasy Sports #1, but how did the idea of the Fantasy Sports and its world build in your mind? Had you been developing the concept for a long time prior to the release of the first issue?

Sam Bosma: Not really! The first book was penciled and drawn in about six weeks — this was back before I was with NoBrow and it was self-published solely as FANTASY BASKETBALL. I made it to take to a convention. I love fantasy stories and I love basketball, and I figured this would be as good a chance as any to make something weird that I didn’t think anyone else would make.

AL: I love the integration of sports into the fantasy world you are building with Wiz and Mug. How early in the creative process for issue #2 did you know that volleyball would be the right sport to frame this story around? Were there any others that you almost featured as the “main event”? 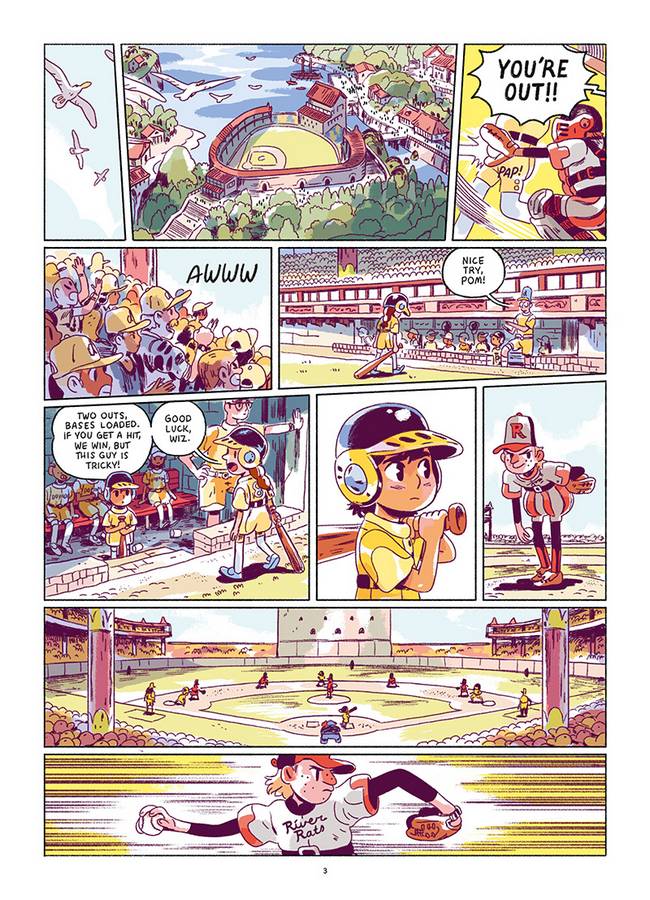 SB: I really don’t know much about sports aside from basketball, and so when I was coming up with concepts for the second book, I basically went down the list of Sports I Know A Bit About in my mind and Volleyball came up next. My wife and I played in a rec volleyball league for a couple of years after college — it was mostly art school kids and local dads — and we loved it. It’s a fun sport to watch and a fun sport to play.

I do kind of regret relegating baseball to only a few brisk pages, since that’s another sport I do like quite a bit. However, because of the nature of Fantasy Sports’s two lead characters, it’s a bit hard to match up with some sports. You need something that can essentially be boiled down to 1v1 or 2v2 competition, otherwise you’re going to be stuck coming up with a lot of ancillary characters which can be a hassle to deal with. 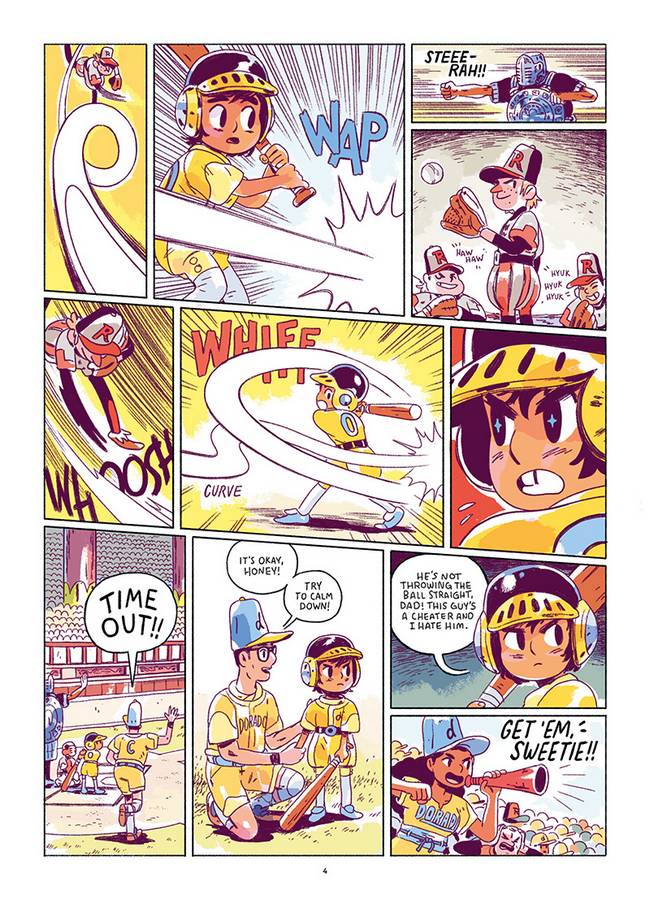 AL: Wiz is an absolutely delightful character who becomes more interesting by the page. Can you give potential readers a run down of who Wiz is and what her place is in the world of Fantasy Sports?

SB: Wiz is a pretty regular kid, to be honest. She’s a skilled mage, but she’s not a savior figure or chosen one or anything like that. I liken her to an elite little league prospect — despite her powers, she’s still somewhat at the mercy of the adults in her life. She’s just on the verge of being able to make her own decisions about her life and her future, and that will put her at odds with the authority figures in her life.

AL: Can Mug’s rage ever actually be sated? 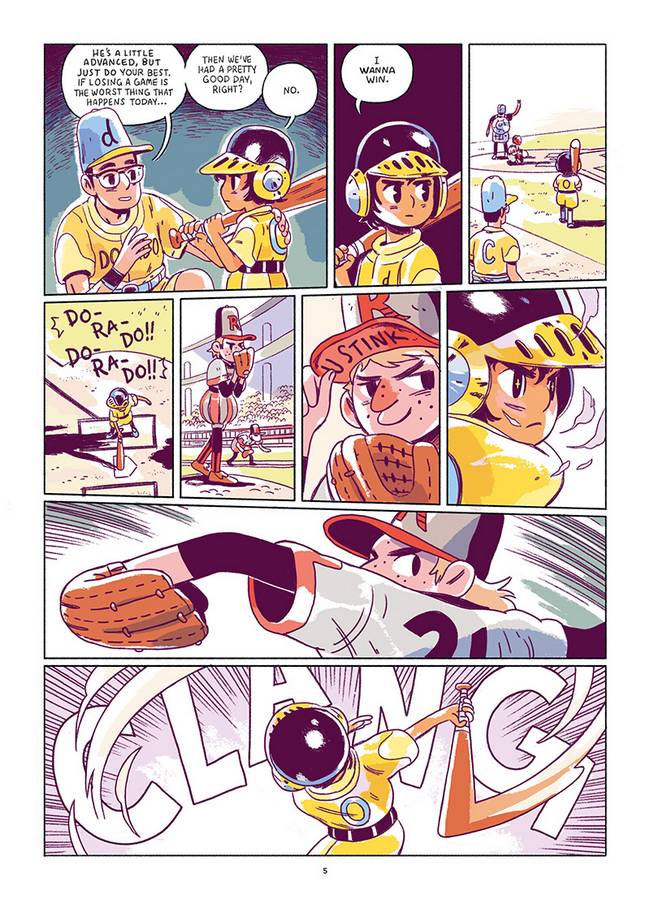 SB: Yeah, I hope so. He’s not like the Hulk, where it’s the source of his power, and it can’t really be quantified as a good or useful thing in any way. He’s just not very emotionally stable — he has a very narrow perspective on the world and his place in it. Hopefully he learns something on the journey.

AL: Is there a finite end planned for Fantasy Sports? Do you have a set number of issues in mind for this wonderfully unique title?

SB: The plan for me is to do four and then move on to another project. Don’t want to overstay my welcome, and there’s a lot of things I’d like the chance to draw while I’m still young and stupid. 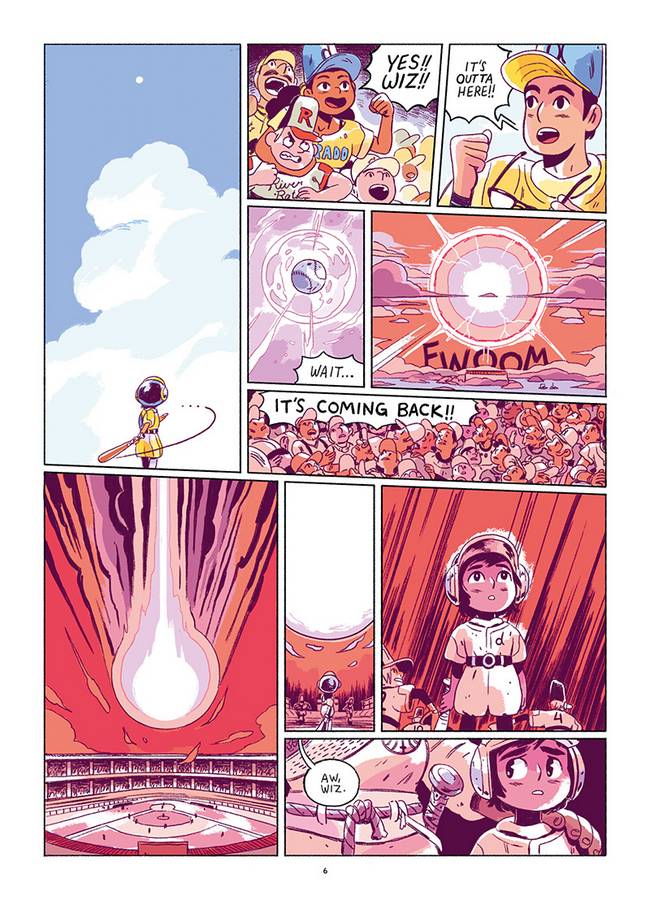 AL: With respect to your creative process, how does an issue of Fantasy Sports come to be? Do you write the entire issue first and then work on penciling, in somewhat of a full-script style, or does the story & dialogue shift as you pencil and colour?

SB: I work with a script, which leads the way, though I’ve learned to let the dialogue be flexible. In the script, I really just want the feeling and flow of the dialogue to be there. After doing a couple of these I know that the dialogue will change as I work, and I’m going to start working from a looser script from here on out.

AL: Is there anything else you’d like to let readers know about Fantasy Sports #2?