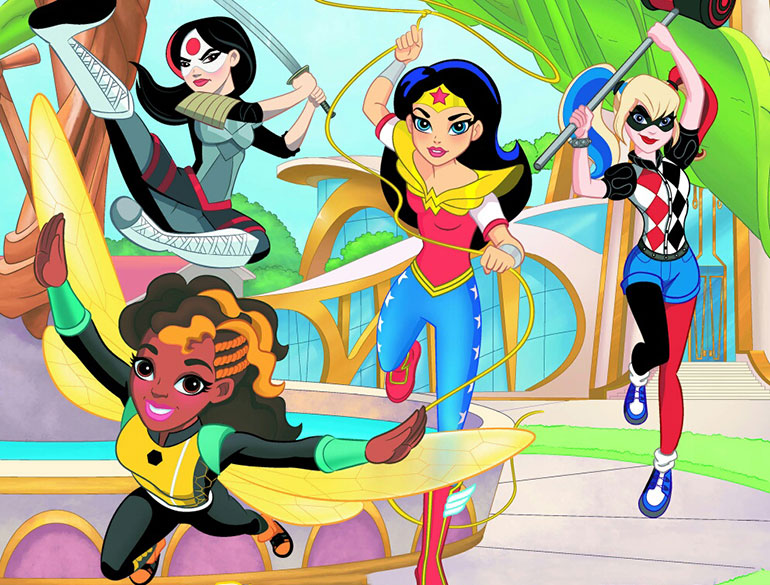 Free Comic Book Day is once again upon us, hitting participating stores this Saturday, May 7, 2016. And included in the swath of free comics being offered is a two chapter preview of this summer’s first DC Super Hero Girls graphic novel entitled “Finals Crisis.” While Harley Quinn, Wonder Woman, Bumblebee, and the others have taken toy stores and TV screens by storm, this is the first comic adaptation in the line, and writer Shea Fontana couldn’t be more excited. Fontana shared a bit about starting to build the world of DC Super Hero Girls from the ground floor and what we can expect to see this Saturday at comic shops nationwide. 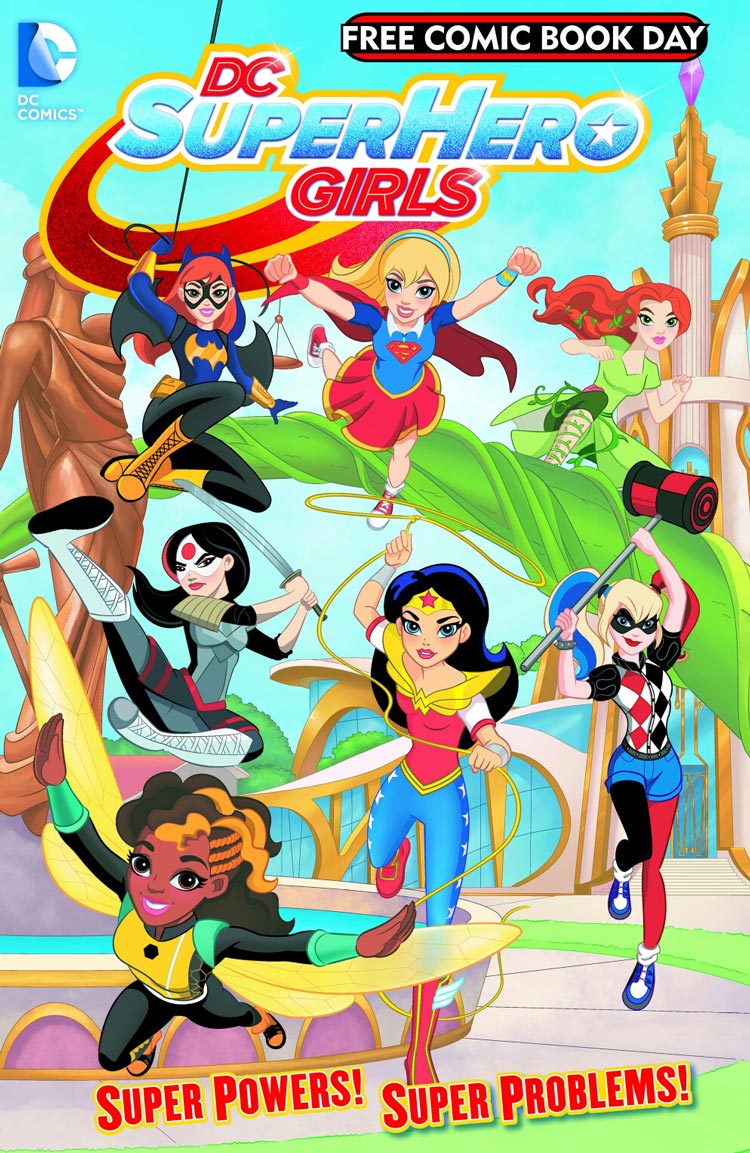 Matt Santori: We’re all very excited about getting a tease of your upcoming DC Super Hero Girls graphic novel on Free Comic Book Day this Saturday! But I just wanted to start off talking about what drew you to the project after having worked for Disney and on characters like Doc McStuffins?

Shea Fontana: At the time I got involved, the project was very secretive. I was actually working on Doc McStuffins at the time and got an email from someone at Mattel basically saying, “We want you to come in to talk about about a project!” And I was like, what project?

So, for the first eight months I worked on the project it was waaaay secret. I couldn’t tell anyone what I was working on. I was brought on to start developing the whole world of the DC Super Hero Girls from animation to toys to graphic novels. It was really starting with figuring out what characters to include in the series and the locations. We came up with the idea for the super hero high school and that it would all be located in Metropolis.

I was really excited, although I had not written a graphic novel before. So, this is my very first one. But they believed in me! And after having written a bunch of the animated shorts, when they asked if I wanted to write Finals Crisis, I was like, “Of course I do!” [laughs]

So, it’s been really fun figuring out how to write a graphic novel. I was vaguely aware of the process of how they work. How the script is laid out panel by panel, and page by page. I’ve really been getting into that format and how it differs from animation. Animation is so much about making sure that the characters are always moving and that there’s enough action to hold the scene and interest of the audience. It’s all about movement.

But in many ways, graphic novels are the complete opposite because you’re working in still frames. It’s about finding the best frames and best moments to tell a story, so that you can really make the viewer understand with so much less information than when things are moving.

MSG: Looking at the world broadly, how did you go about deciding who these characters — who exist in so many other iterations — would be, act, behave, and how their relationships would work?

SF: Well, this is a new universe, so we weren’t really bound to any of the back stories for the characters. But we did want to make sure that the character DNA as established in the comic books was still there. 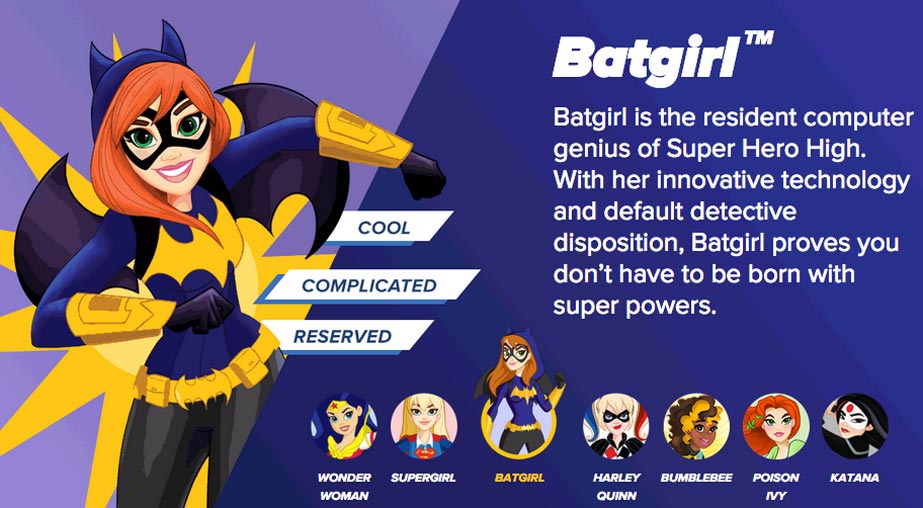 For instance, Wonder Woman is still this really strong leader and Batgirl is still the tech genius. Poison Ivy has powers over plants, but she doesn’t necessarily have the same backstory and mythology as in the comic books, because obviously, they wouldn’t all be the same age. A lot of these characters don’t become super heroes until later on in life. We were getting away from all of that and narrowing in on a world where all these super-heroes are teenagers and don’t necessarily have the same things that led them to be who they are. But they have the same personalities.

Someone like Harley Quinn is being reimagined as if, what if all of these things in her backstory never happened? And she was just this girl who grew up in a regular household and had a different experience than her villainous counterpart? Then she’s just this fun, wacky girl thaat exists in this world. We wanted to stay true to them, but not necessarily have all that extra baggage from the original universe. 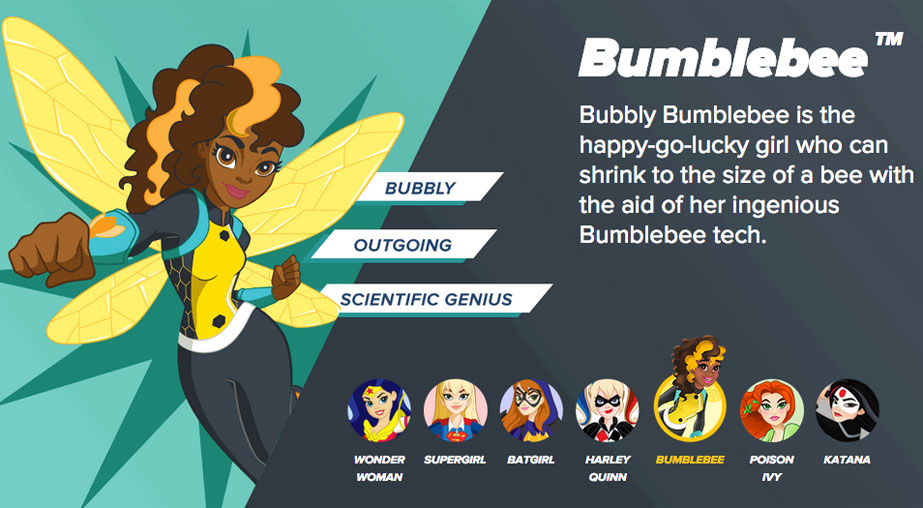 MSG: Tell me a little about Finals Crisis — the first DC Super Hero Girls graphic novel, and the one being previewed on Free Comic Book Day.

SF: The Free Comic Book Day comic is actually the first two chapters of the graphic novel. The set-up is that it’s the day before finals, and we’re going to follow each of our seven main characters — Wonder Woman, Harley Quinn, Supergirl, Katana, Batgirl, Bumblebee, and Poison Ivy — and see a chapter from their perspective on preparing for finals. And as they prepare, they each come up against a mysterious super-villain who tries to take them down.

It was really fun to write, because each of the chapters is from a different perspective. You get to see how each girl deals not only with their super powers, but also how they deal with school. So, you have Batgirl who just wants peace and quiet so she can study. But then you have someone like Supergirl, who has a lot of anxiety about this test because of something that happened to her in her school back on Krypton. It’s really great to see how different the girls are, even though they’re all super heroes and teenagers. They all have very different ways of approaching the finals. 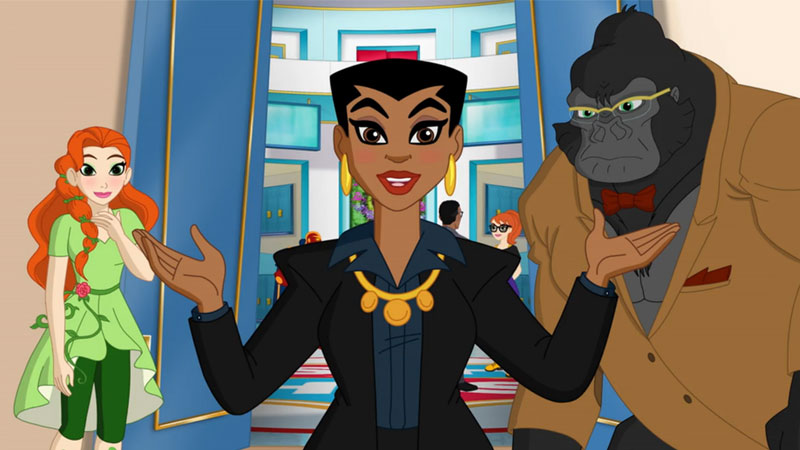 MSG: How has working with artist Yancey Labat been on the novel?

SF: Working with Yancey has been so great, because he is so amazingly talented and just does beautiful beautiful work. We’ve never met in person, but thanks to the joys of technology, we do everything over email. It’s really fun to be able to work that way, and a very different experience to being limited to people working in the office.

It’s just so great to see all the unique things he’s bringing to the graphic novel. He has such a beautiful way of drawing expression on the girls and you really get the emotions that they’re experiencing when you’re looking at the the art.

MSG: Lastly, I just want to get your gut check on what it’s like to be at the center of this new project that, I think, is at its root about inspiring young girls, and giving them a place a come into a world that’s been around for so long.

SF: It’s been such an honor and so much fun. It’s exactly the kind of thing that I would have been excited about when I was a kid. And I’m glad that you are getting the feeling that it’s about inspiring girls, because that’s definitely what we want to do. We want to show that they can be the heroes of their own stories, and be just as big a super hero as anyone else out there. I just want to make sure we’re creating this inclusive, diverse world where everyone can see themselves as a super hero. 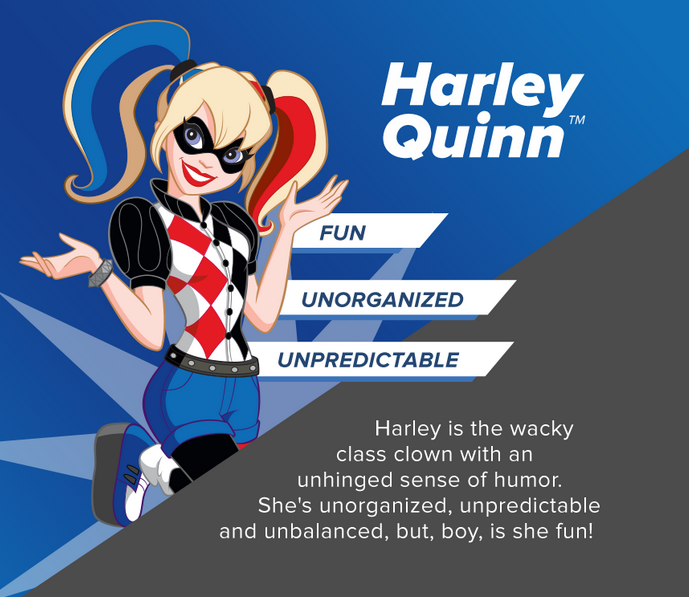