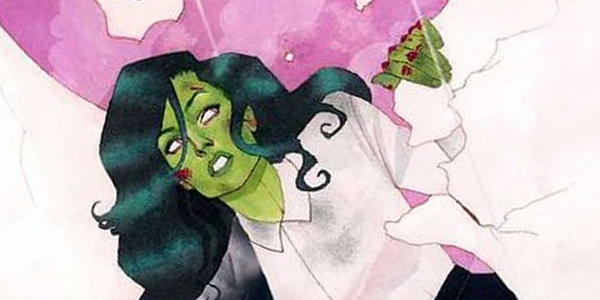 The consummate fill-in teammate from the Fantastic Four to the Avengers, She-Hulk is getting her fourth solo, self-titled series this winter. This time, the legal eagle will be getting an actual lawyer to pen her adventures in the Marvel NOW! Comicosity’s Jessica Boyd got a chance to sit down with writer Charles Soule, at New York Comic Con, to talk about the upcoming She-Hulk title and how Bruce Banner’s cousin will get a chance to stand out from her previous series. 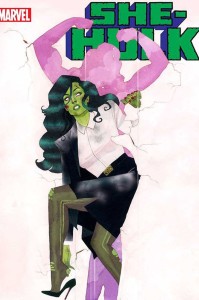 Jessica Boyd: John Byrne, Dan Slott, even the original Savage She-Hulk have a lot of iconic feels to them. Each edition of She-Hulk has its own feeling to it. How do you want to make your series unique or different, along with staying with the feeling of the “fun Hulk-girl?”

Charles Soule: Well, I think that the nice thing about the Marvel universe as an entity is that there are many many unexplored corners of it. There’s a lot of ways you can take different concepts and spin drama out of them. I’m going to do that in part through the eagle lens of Jennifer Walters’ law practice.

With anything, whether it’s like Brian Bendis’ Alias, that tone is not going to be completely dissimilar to what I’m going to do. There’s going to be a lot of fun and adventure to it. Jennifer Walters life is not going to be as depressing as Jessica Jones was in that series but it’s going to be a way I can bring in characters that are way way high or way way low in the Marvel pantheon and hopefully do interesting things with them. That’s what I’m interested in exploring.

The title is going to have me bringing my legal background to it and authenticity to it. I’ll probably hear from many lawyers who think I’m failing on that front but we’ll see what happens. I also just want it to be a fun interesting read. The great thing about solo character books is that you can go into areas you just can’t go into with big action books. There will certainly be fighting, there will certainly be punching. There will be cool enemies; there will be cool everything. I think the tone is somewhere between Mark Waid’s Daredevil and [MattCS:] Fraction’s Hawkeye is not too far off the mark.

JB: So, it will be a little bit more stylized then.

CS: Oh, absolutely. Javier Pulido is on the art duties and he is nothing but style. You cut him and he bleeds style. So it’s going to look great. 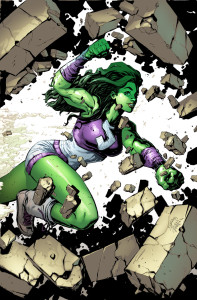 JB: There was a lot of looking into the law practice in early 2000’s She-Hulk series. With the take on representing superheroes and eventually representing super-villains. Are you taking on more of that type of feel or are you changing up how she is practicing law, creating a law practice of her own? Or working for someone else?

CS: Those are details that I’ll let the series explain. There will certainly be clients from the superhero universe. I mean, the Marvel universe is a superhero universe so almost anyone who walks into your door, through some way, six degrees of separation is sort of related to superhero stuff. I love the idea of a superhero lawyer representing superhero clients so there will certainly be some of that. The main difference in tone between Dan [Slott]’s series and mine is that his had something of a screwball tone, almost. Like Moonlighting, which is really really fun. But, he did it so well, I can’t even hope to compete with it. We will have fun, awesome stuff, it will have it’s own feel.

JB: Now, Jennifer Walters has a history with very specific characters, including Wyatt Wingfoot, Augustus Pugliese and even John Jameson. Will you be revisiting those old relationships or are you trying to do something completely new for Jennifer in her love life?

CS: It will be a mix. I think with any Marvel character, unless it’s a brand new one, you have this incredibly dense and rich history you have to draw on if you choose to. Personally, I think it’s almost a game I like to play with readers. You bring in Wyatt Wingfoot and the expectation is that you run up a relationship that’s already started to percolate a little bit [in FF #4] is going to be part of it. But, we’ve sort of seen that story too. You run it in a new way or you find interesting ways to do it. I’m a fan of creating new, interesting characters. I’m planning to bring in some new people but also some of the people she already knows. Why not use them? They’re great characters. 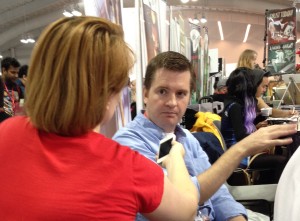 I really want to do my own thing with it and tell my own stories and build my own sort of mythology here. At the same time, if there is a smart way to bring in previous continuity as a nod to previous readers why not have your cake and eat it too.

I think the art is going to be the biggest grabber. Those covers are spectacular [issue #1 cover by Kevin Wada] the interior art has just been mind-blowing. I think the biggest hook for the readers is that this is going to be a fun, deep series that’s interesting in a way that goes beyond what you just typically get in a superhero series. It’s going to be interesting. I’m really looking forward to what people think.

JB: Is there anything else you want to tell Comicosity readers?

CS: Thank you for reading. Thank you for enjoying the books. It’s been a real amazing year. Last year at New York Comic Con is where this whole big two ride started for me with getting into Swamp Thing and without the support I wouldn’t be here now.

Charles Soule’s new She-Hulk series will launch in February of 2014 and be available for pre-order by the December edition of Previews. You can currently read Soule’s creator owned series, Letter 44 from Oni Press.