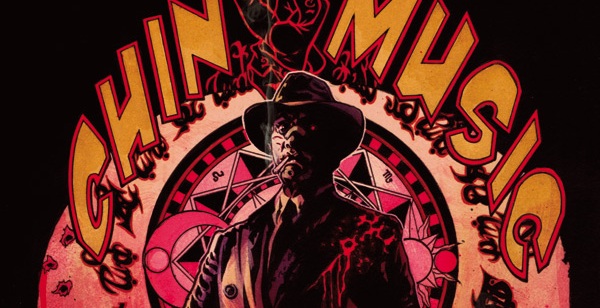 Steve Niles and Tony Harris are taking readers back to prohibition-era Chicago with the first arc of their new creator-owned venture Chin Music. The series focuses on a central character named Shaw and many details of the project are still shrouded in mystery. Niles recently took time out of his schedule to discuss the series and what readers can expect from Chin Music. 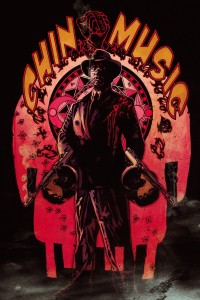 Aaron Long: Let’s start at the beginning: how did Chin Music come to be? How did you and Tony end up working on the project together?

Steve Niles: I used to see Tony once a year at Heroes Con in NC. One of the best cons. Tony and I would always hang out and jam on ideas and this one just started to slowly build over the years. At first we planned on doing the story with licensed characters at DC but then as we talked we realized it would make a much better creator-owned series.

SN: I don’t want to give much away but Shaw is a fallen mystic, but what kind we won’t learn until later issues. At one time he was very powerful and could whip up a storm of fire with a snap of his fingers. Now, however, he has been stripped of all his natural powers and must make his way in the world learning one incantation at a time. Plus he has eons of enemies after him now that he’s weakened. 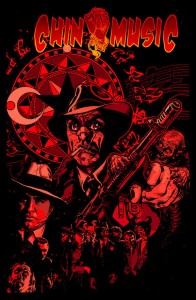 AL: Chin Music is set in prohibition-era Chicago. What drew you to this period as the setting for the series?

SN: We have a story where we can time jump, back and forth if we want to. When it came time to pick a period for the first arc, Tony and I agreed on Capone era Chicago because we’re both obsessed with the time and world. It was violent time like no other and really gave us what we needed for the story. I love fiction that wraps historical facts into it and this was a great chance to do a Capone horror story.

AL: What is your collaboration process like with Tony? Do you write full script, Marvel-style or something in-between?

SN: I write Tony full scripts but I only work in a 4 panel grid so he has some wiggle room. I hit the main beats, the solid action and then Tony comes in and does his magic and places all theses small moments in between the larger ones. I am not writing a ton of captions, there are very few. I want this to be a visually story experience so I’m backing way off ad letting the art tell it.