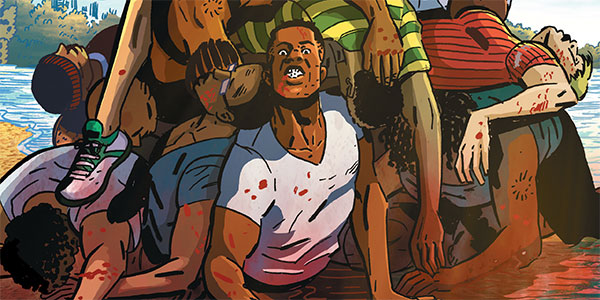 Betrayed, beaten, and banished by his own, an outed cop fights his way across Jamaica to save his man and get revenge! So begins the tale of Virgil, a graphic novel by Steve Orlando and J.D. Bright currently seeking funding through Kickstarter. Orlando is best known for his work on Outlaw Territory at Image Comics and Mystery In Space for DC Comics’ Vertigo imprint, but this project is one of his most personal yet. Steve shared a bit of his thought process going into the Kickstarter, as well as the origins of the book, tying its gay protagonist and his story back to the classic crime genre, the Blaxploitation movement of the 1970s, and the work of Quentin Tarantino. 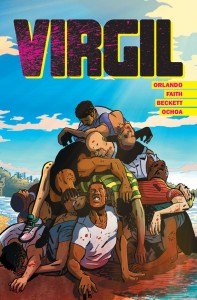 Matt Santori: Steve, thanks so much for taking time to speak with us about your Kickstarter campaign. What was the impetus for you in developing Virgil as a story?

Steve Orlando: Virgil began with my desire to tell an action packed story that just happened to feature a gay couple at its core. This would be an action book first, and an LGBT book second. In doing so, it would demystify queer culture, remove the taboo and the fetish, and make it just another part of the story. To me, this was a powerful statement and approach, treating these gay characters as hyper-normal.

Virgil is the cop everyone else on the force looks up to. The toughest busts, the most lucrative shakedowns, the badass, the ladykiller. They know him on the street and get out of his way, unless they’ve got the stones to try to take him down. But it’s all a front. Virgil’s street face hides the truth: he’s gay, and has been living with his boyfriend in secret for years. Loving, hopefully, with a naive dream of escaping to a more tolerant place, he keeps this face for only his boyfriend to see. He’s two men in one, with personalities that revolve as soon as he steps into his house. For all his tough exterior, he can never take that one step to admit his sexuality. That is, until someone threatens the one he loves. From then the personalities merge, there’s no going back, and you best get out of his way.

I also wanted to shine a light on an area largely thought of as a resort destination — Jamaica, which is referred to as one of the most homophobic places on the planet. I wanted to talk about the struggles the LGBT community faces there, the allies and the enemies, and put an action narrative spin on it as you might find in Django Unchained or Foxy Brown. It’s easy to think that the fight is over for a minority if you don’t see anything happening right outside your window, and a relatable, easy to get into action story, a slick crime noir, is a great segue into reopening the discussion.

MSG: What opportunities did you feel Kickstarter offered you over approaching a traditional publisher?

SO: Kickstarter allows us to produce the book we want, from top to bottom. It allows us to reach out to the readers directly and provide them with a story free of censorship or focus-group minded marketing decisions. When making a book not everyone will support because of the content, it’s easy to see why a larger company might see it as too risky. But with Kickstarter the book can fly from our minds, right to the hands of those interested.

MSG:  The mainstream comic market is relatively light on LGBT leads, with Kevin Keller and Batwoman as rare exceptions, but one could argue that persons of color are just as poorly represented. What place do you feel Virgil has as a book with a lead who is both gay and non-caucasian?

SO: Virgil is a nice reminder that when it comes to minorities, sometimes it’s not one or the other. Problems overlap, experiences and viewpoints overlap, and one group doesn’t always get along with every other. Virgil is a chance to put more weight into LGBT characters — put some lead in their bones — and show them from a different, often un-thought of point of view. 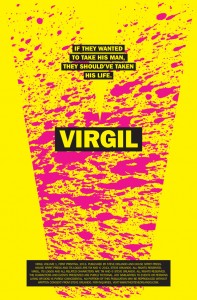 MSG: Virgil also plays on traditional comic book genres such as the crime story. What have been some of your influences and how do you see Virgil as growing out of that tradition?

SO: Undoubtedly, the chief influences for Virgil are 1970s exploitation action movies like Shaft, Foxy Brown, and Cleopatra Jones. In many ways, another influence is their successors, modern exploitation allusions like Jackie Brown or Django Unchained. This spirit, using bombast and action to talk about a minority’s struggles, is the heart of Virgil. And like all these, Virgil is a great story first, a hard-hitting crime drama, that has a heart of real social power.

MSG: How did you connect with the artist J.D. Faith and what do you feel he brings to the project that is unique?

SO: J.D. and I met on the Kickstarter-funded Nobodies Volume 2 anthology last year. Since then, we’ve been looking to work together, waiting for the right project, and when I told him about Virgil, everything fell into place. J.D. is a huge fan of the same type of explosive crime fiction I am, and his visuals have made the story into something I never could imagined. With a style designed specifically for this book, he’s created something instantly retro and contemporary, which is basically saying he’s created a style that’s timeless. We want this book to look like you could’ve picked it up any time and heard the story of these characters.

MSG: What kind of incentives do you have for backers to support the Kickstarter on Virgil?

SO: Backers for Virgil can receive everything from the original Virgil MP3 track, composed for the Kickstarter trailer, through to digital and print editions of the completed book and original art. They can receive prints from indie, DC and Marvel artists alike, as well as scriptwriting artifacts, commissions, appearances in the book and live appearances by the creative team.

MSG: Any other special teases or final thoughts for the Comicosity audience?

SO: Virgil is the type of book we need right now. It’s the next step in crime fiction, and LGBT fiction — an ambassador for the medium. It will spread the word of a fight many didn’t know was being fought, and do it with style. Most importantly though, Virgil cannot happen without the help of readers and supporters. This Kickstarter is the only way Virgil’s story, a story that desperately needs to be told, can become reality in your hands.

The Kickstarter campaign for Virgil runs through Wednesday, September 11, and has a minimum goal set of $15,000. More information on Steve Orlando and his work can be found at his website, thesteveorlando.com. 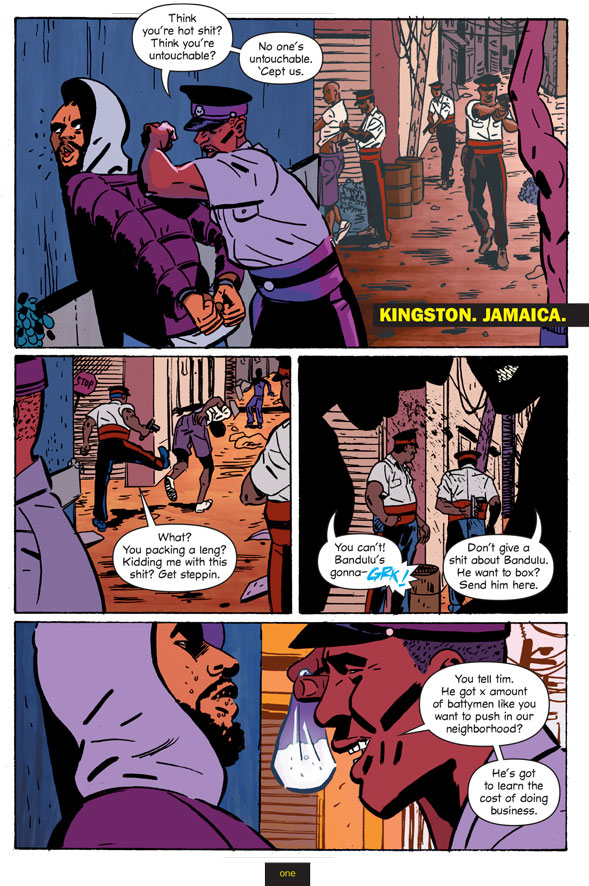 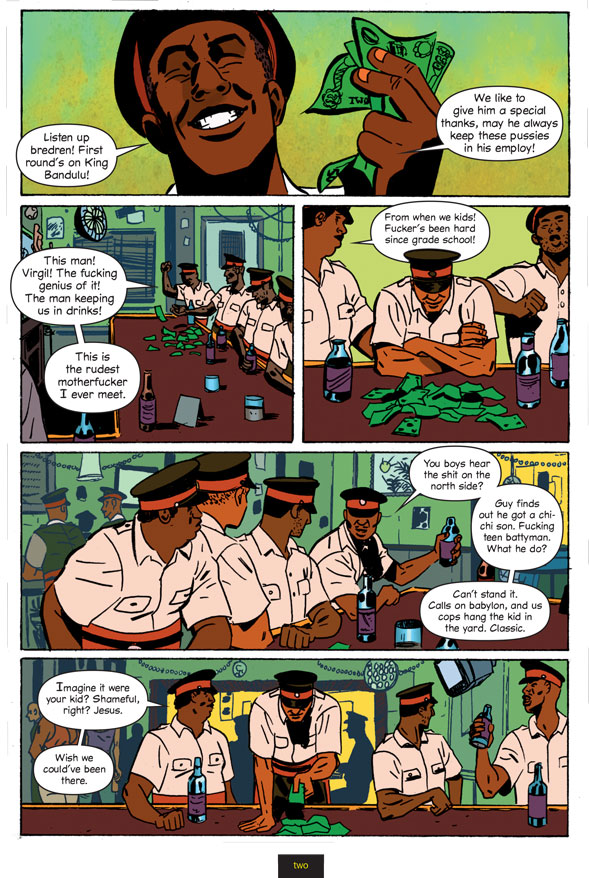 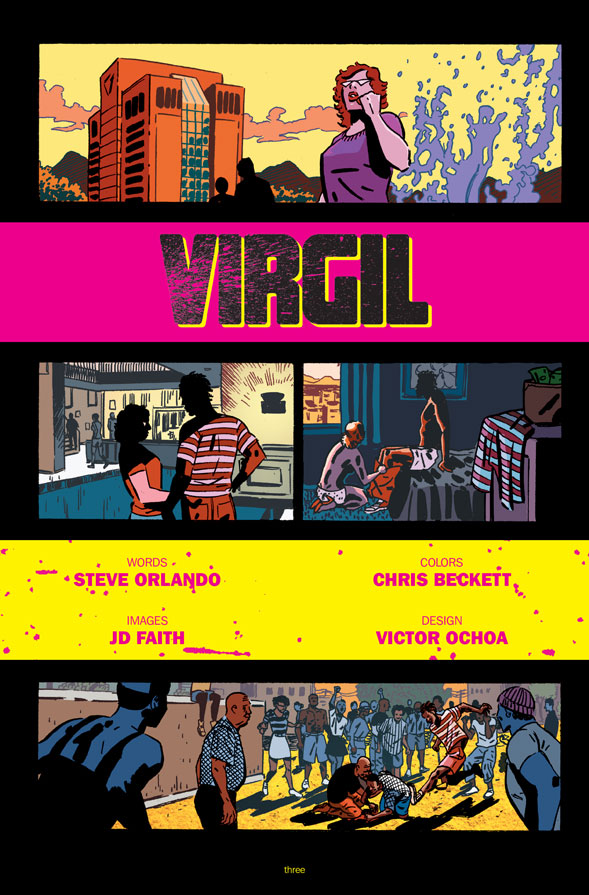 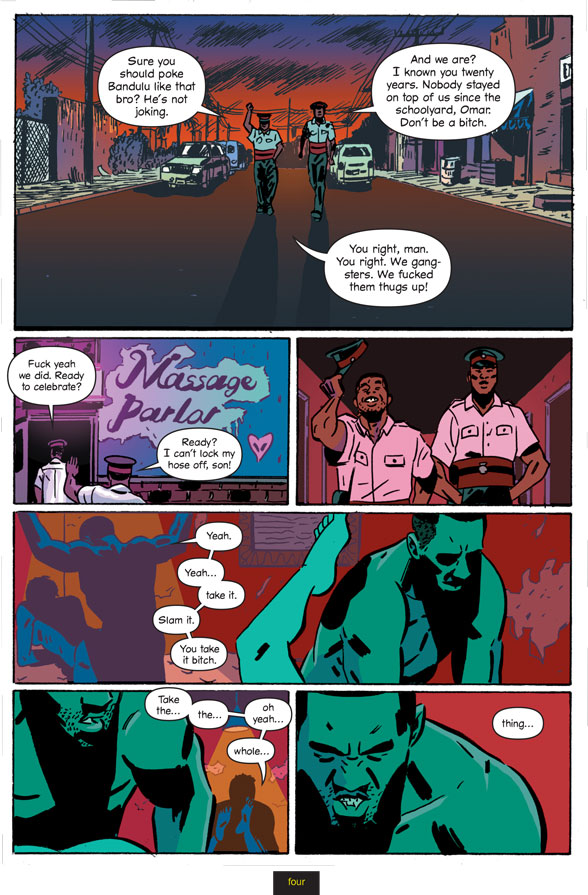 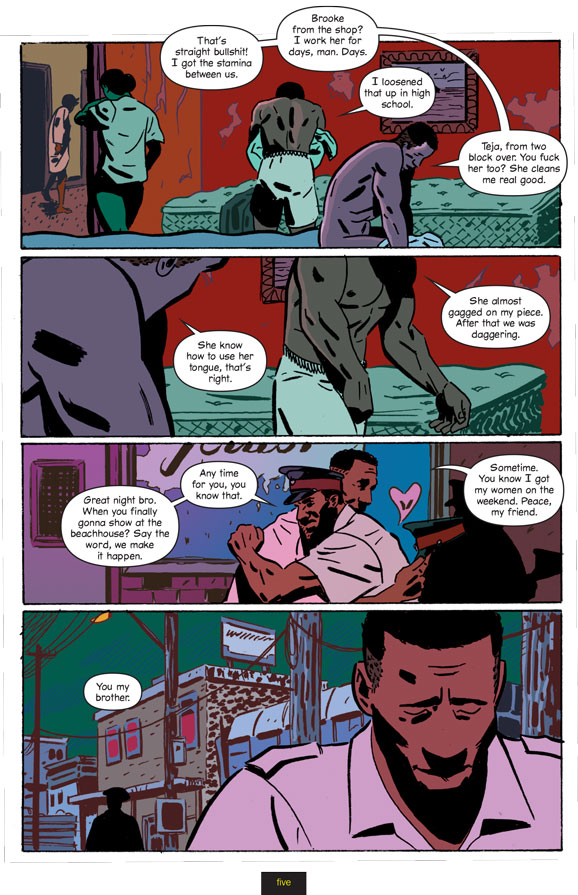 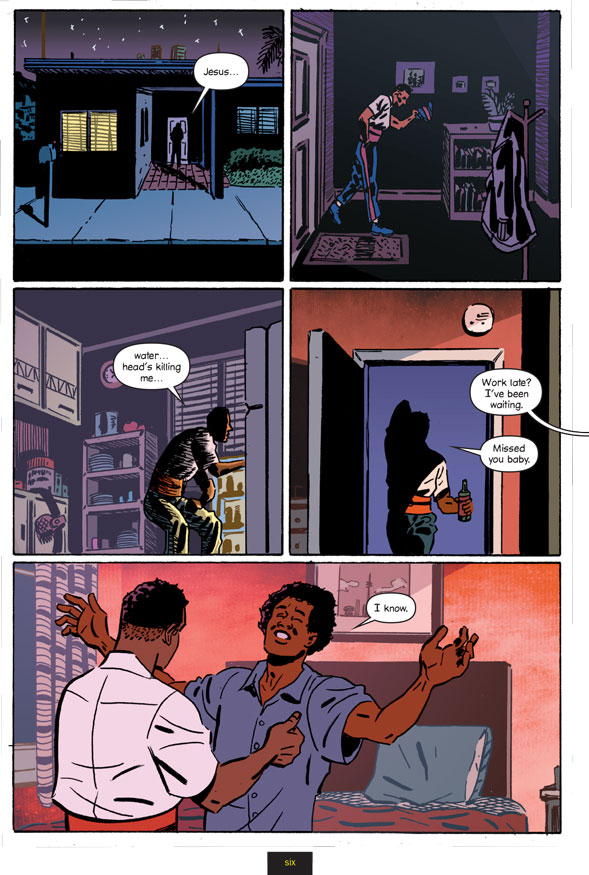