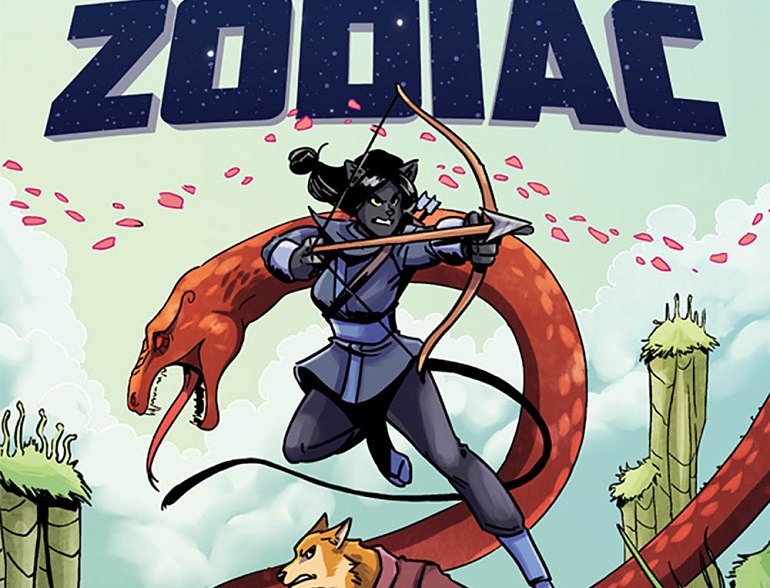 Most comic book readers have likely read something from J. Torres at some point in their reading adventures. From Batman: The Brave and the Bold or Teen Titans Go! to Lola: A Ghost Story and Alison Dare, J. has written a wide array of comics, most of which are geared towards welcoming readers into the comic book universe. J. has a new miniseries starting with Oni, and he took some time to talk with me about The Mighty Zodiac, as well as some other projects.

Doug Zawisza: Finish this sentence, please: The Mighty Zodiac is for fans of. . . 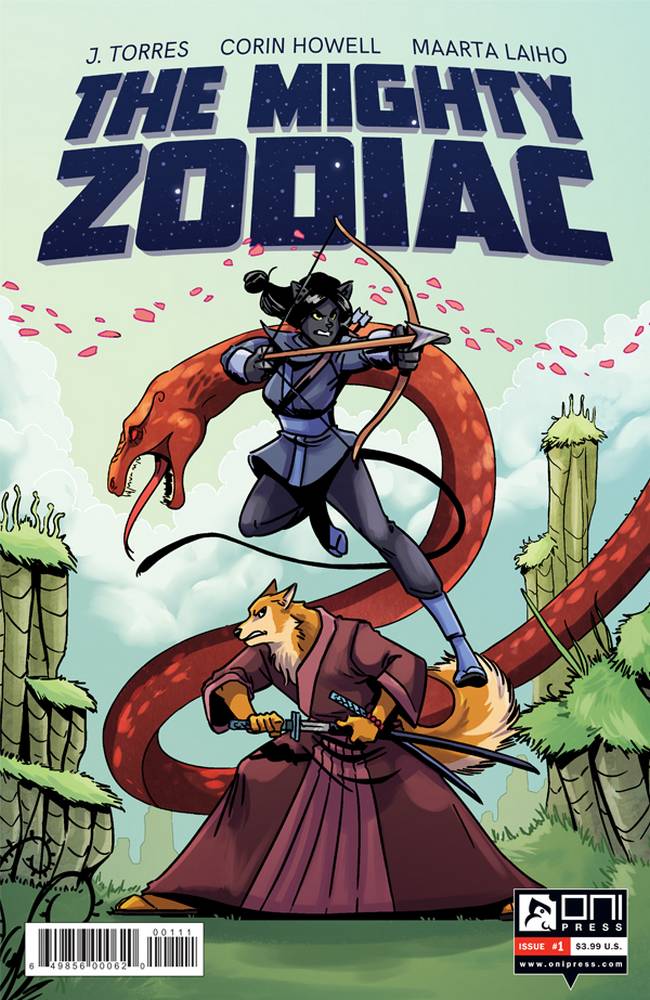 DZ: That partially explains why I dug it, especially those last two. How did this series come about?

JT: It all started with a trip to Korea about 7-8 years ago. At a museum, I saw these cool stone statues representing the animals in the Chinese Zodiac dressed up like warriors. I imagined them coming to life and having adventures. It took a few years to develop the story, but I eventually pitched it to Oni, and last year I started working on it with Corin Howell and eventually Maarta Laiho.

DZ: What makes Oni the right publisher for The Mighty Zodiac?

JT: Well, they’ve taken a number of chances on me over the years, published the bulk of my creator-owned books, including the kid-friendly ones when no other publisher in comics was really doing that, and they’ve consistently published great all-ages titles for the last 10-15 years.

DZ: At what point did Corin Howell and Maarta Laiho come on board?

JT: Some time last year, Rin met our editor Robin, and around the same time we were actively looking for an artist for TMZ. Robin showed me Rin’s portfolio because she thought Rin had the style and sensibility that I was looking – and she was right! And around the time we started working on issue #1, Maarta was brought on board which, as a fan of Lumberjanes, I was very excited by. 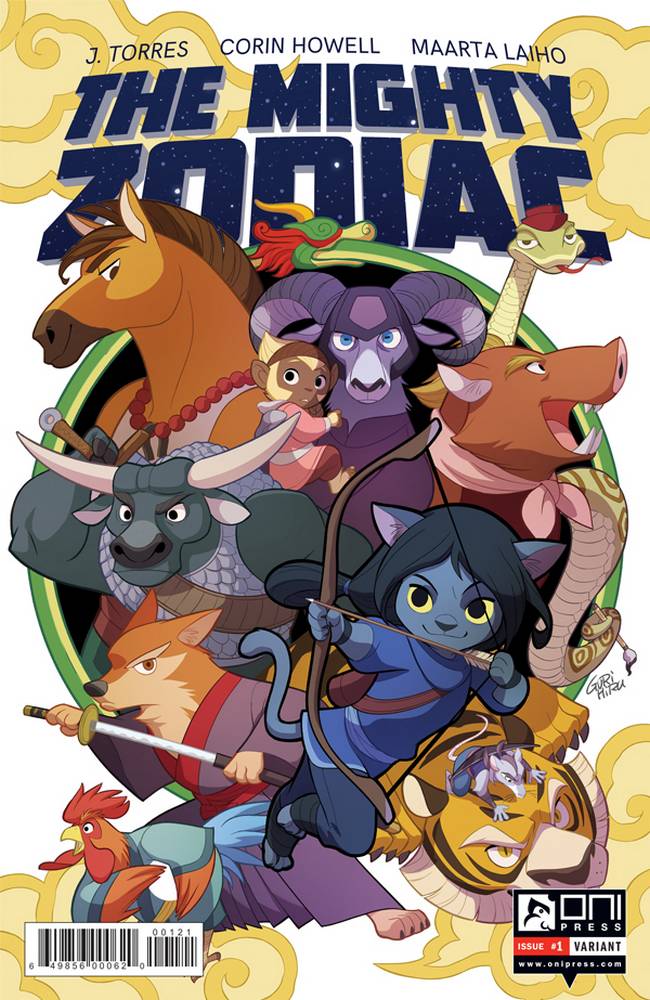 DZ: Have you actually met both of your collaborators on this piece, or are you all just Skype and email familiar?

JT: We’ll all be meeting for the first time at ECCC! But there have been countless e-mails between us, messaging, Tweeting, and conference calling for sure.

DZ: Please share with us what each of them bring to the book.

JT: Rin has a dynamic, animation-inspired style that I love. I’m really into cartoony art. Her characters are expressive and she knows how to choreograph action. I think we knew we were like-minded when Disney’s Robin Hood was brought up. I think I mentioned that I wanted the book to look like that with some anime touches, and immediately we knew were on the same page. As for Maarta, she takes every page to a whole new level with her colors. We rely heavily on her to give scenes a certain atmosphere or magic, and she always delivers. Often I’ll look at a page and just marvel at how the big picture looks so amazing, then I’ll focus on a panel or zoom in on a detail and I’m floored by the nuances and tricks she uses to light a scene or draw attention to something. I love this team! I think they’re a legit one-two-knockout punch.

DZ: Let’s talk a little bit about the team, without getting into spoilers for the series. The Chinese Zodiac reference I found had the rabbit among the twelve, with no cat present. What went in to your decision to add Ko the cat to the team and to split off the rabbit as the Moon Rabbit Army? 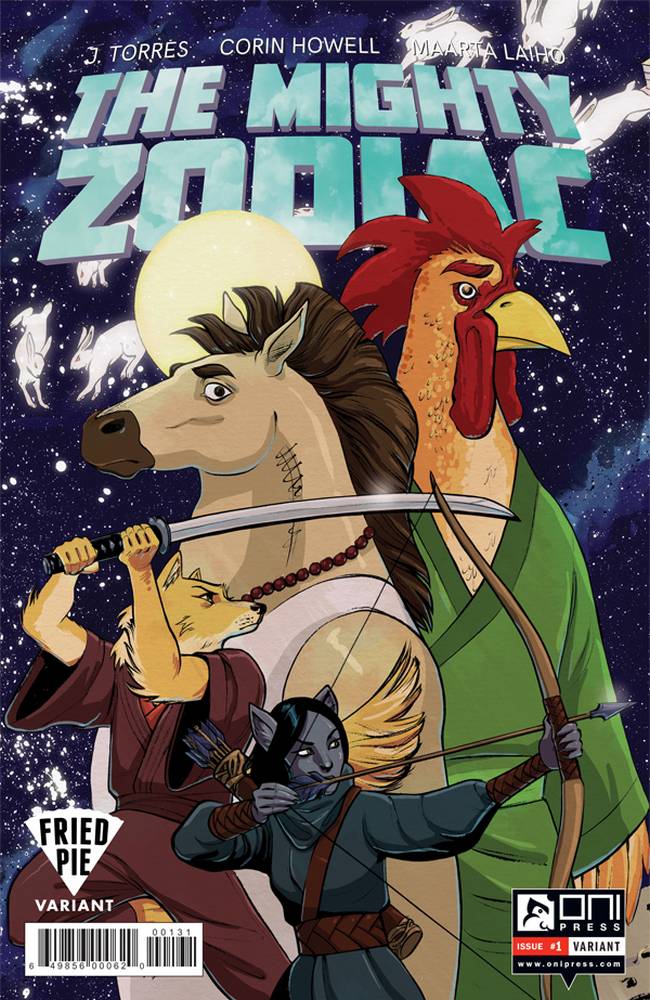 JT: Basically, it began with me wanting to make rabbits the villains of the story. I wanted to do something with that imagery of a rabbit on the moon. I wanted to create a shadowy, mysterious, and unpredictable foe. The rabbits not only worked for that, but they ended up becoming a metaphor for illness, a kind of cancer affecting the team or at least their leader. So, with the rabbits as the bad guys I then decided to change the rabbit in the circle to a cat, like they do in Vietnam. There are some regional variations on the Chinese Zodiac like that. Another example is the goat, which is replaced by a sheep in Korea, and in our story I went with Mar who is from a tribe of bighorn sheep.

DZ: Does the cycle of the Zodiac play into the story at all? I notice Mar (the sheep) and Yaya (the monkey) are close, but I didn’t pick up on any other particular connections.

JT: I initially tried to apply personality traits ascribed by the Chinese Zodiac to each animal, but that was superseded by the story, the dynamics between certain characters and what felt more organic as I was writing.

DZ: Which of the characters do you find the easiest to write?

JT: I’d have to say… Buta the boar, mainly because he’s theatrical and flamboyant and funny, like a cross between Cameron on Modern Family and Titus Burgess on Kimmy Schmidt. And maybe me. A little bit. 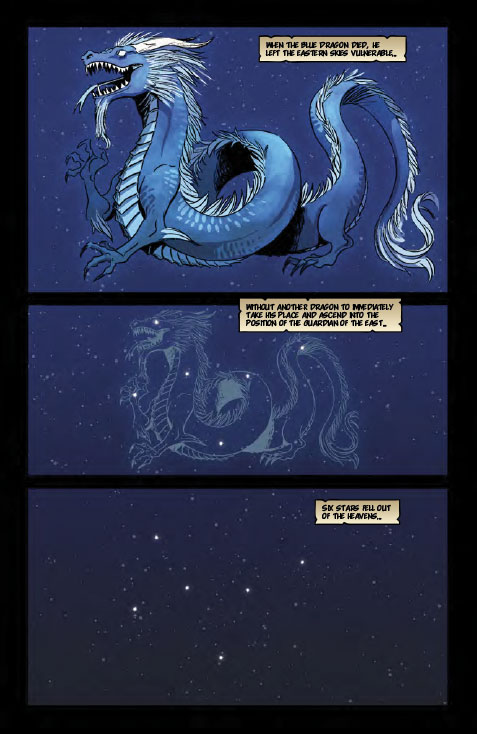 DZ: How do you avoid falling into the stereotypical presumptions of each animal’s personality?

JT: I don’t avoid it if it works for the story or character. Ko the cat sleeps a lot. Kane the dog is very loyal. Tan the rooster can be loud. As long as they don’t come across as stereotypes or tropes and there’s more depth to them, I think it’s ok to have fun with that stuff.

DZ: Here they come to snuff the rooster! Aw yeah! (laughs) Your writing, in my recollection, is very friendly towards readers of all ages and specifically new readers. Is this something you specifically set out to do with each story, or does it just come naturally?

JT: I think it’s simply what comes the most naturally to me. Of course, there are times when I get a story idea that is decidedly for “mature readers only,” but definitely “all ages” is more my wheelhouse. I generally apply what Scott Chantler calls the “Pixar Principal” to most of my stories, which is to say write it for the whole family, not just the kids but mom and dad too, maybe even grandma, your emo teenage cousin, your uncle who loves Lego…

DZ: It’s actually my mother-in-law who has the Lego fascination, J. Do you have plans to produce a series of storyarcs? 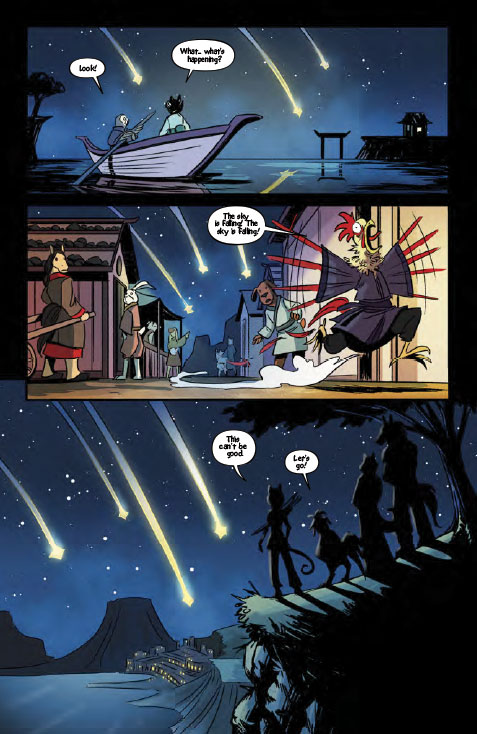 JT: Well, I do have a number of stories to tell with these characters and within this world. We haven’t discussed what comes next yet. More than likely, it will be another miniseries that picks up where this one leaves off. But I also wouldn’t mind doing some one shots featuring the origins of various members. There are a few different ways we could present a “sequel” or follow-up comic…

DZ: [That’s a hint to you, readers! Vote with those wallets if you like The Mighty Zodiac. – DZ] What else do you have going on right now, J? What projects should readers be on the lookout for?

JT: Debuting in May also from Oni is a kids’ graphic novel I did with artist Sean Dove called Brobots and the Kaiju Kerfuffle. It’s about three robots who are brothers dealing with a giant monster attacking their town. It’s equal parts Voltron, Adventure Time, and Mother Goose. It skews younger than TMZ and is perfect for beginner readers and kids who love being read to from comics.

Then there’s True Patriot, an anthology of Canadian superheroes that I edit and write for. Jay Stephens, J. Bone, Faith Hicks, Jeff Lemire, Adam Gorham, Jack Briglio, Scott Chantler, Ramon Perez, Agnes Garbowska, and Tom Fowler are among the contributors of the first two volumes. We’re working on a third volume but it’s going to be in a different format. Look for more information on that this summer and probably a late fall release date. 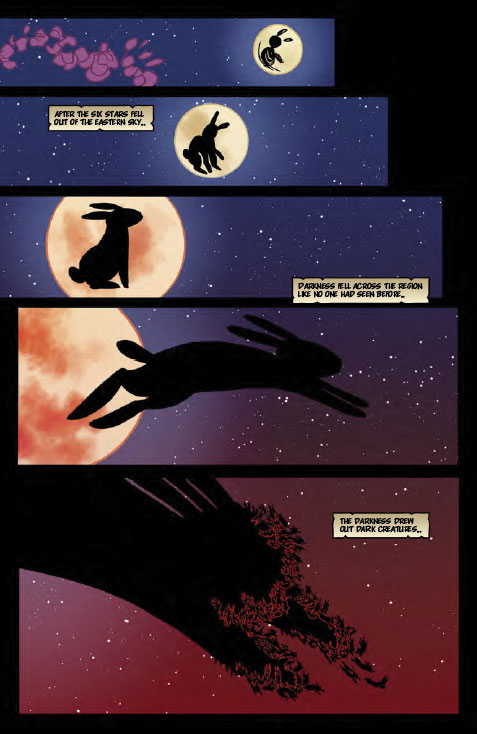 DZ: Looking forward to that! What are you reading?

JT: Let’s see… the last time I sat down to read comics I caught up on the last couple of issues of Captain Canuck, Totally Awesome Hulk, Twilight Children, and Plutona. The El Deafo OGN and the new Kaijumax collection are at the top of my reading pile right now.

DZ: Last question, is there any connection between yourself and the mysterious J. Torres of Fender guitar fame?

HUGE thanks to J. Torres for taking the time to chat with us. Comicosity readers, be on the lookout for The Mighty Zodiac this week and Brobots in the near future, and, if you’re a fan of J.’s, catch up on some of his other work either at your local comic shop or through Comixology using this link.