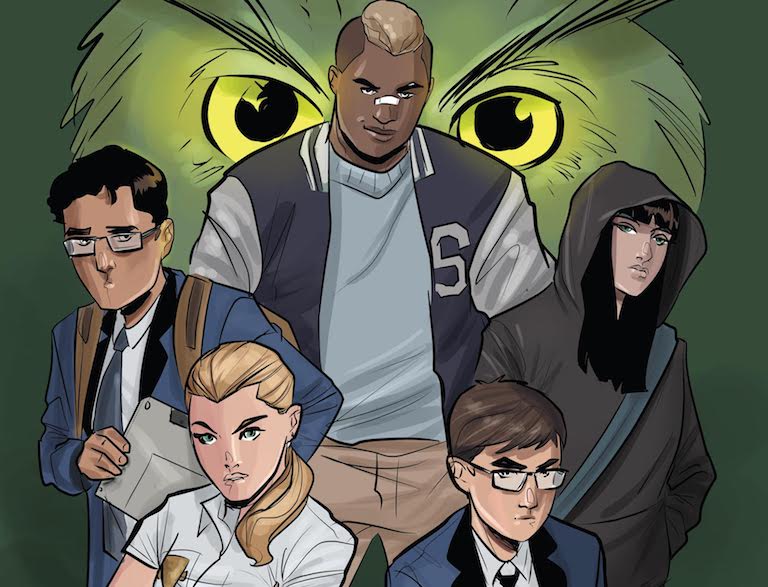 The Night Owl Society is coming! From IDW Publishing, this original mini-series is the brain-child of James Venhaus and Pius Bak, who gave Comicosity the scoop about the series (and brought along some preview pages and solicit info as well)! 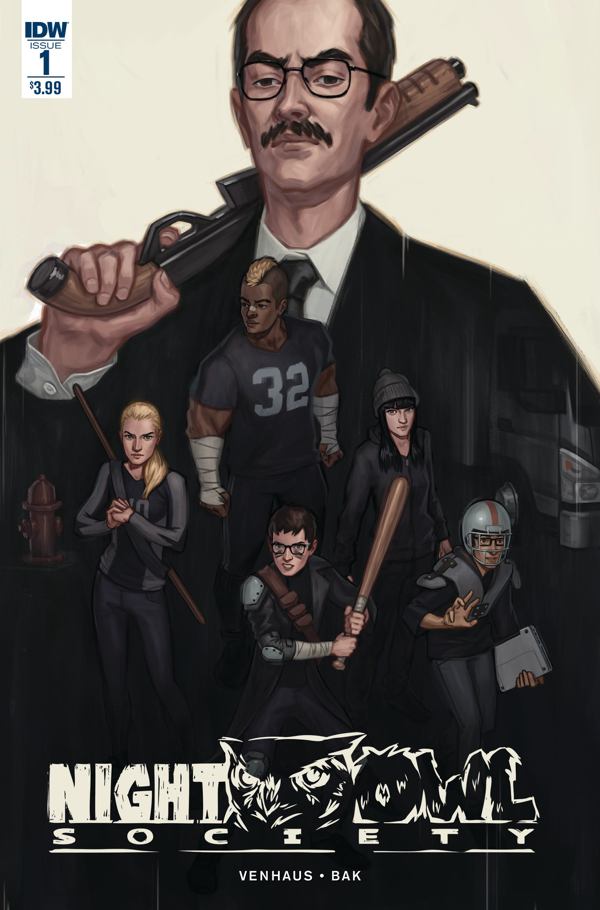 Aaron Long: Straight from the creators mouths: what is Night Owl Society?

James Venhaus: The Night Owl Society is a murder mystery, crime fighting, adventure book about a group of high school misfits who sneak out at night to take on a local mob boss. It’s like The Breakfast Club meets The Sopranos

AL: I love the name of this book, The Night Owl Society. Can you discuss where that came from?

JV: The Night Owl part came from the idea that, like a lot of traditional superheroes, they led a normal life by day, and a secret life by night. But, I wanted to show how those worlds often collide. After an all-night mission, they arrive at school the next day bruised and sleepy. And, they meet during the day to plan their next mission in the guise of a school club. Much to their leader David’s chagrin, they post Night Owl Society flyers all over campus announcing the time and place of each meeting. The Night Owl Society is a secret society hiding in plain sight.

AL: Tell me a little more about David. Who is this kid and what’s the driving force behind him rallying this group to solve this case?

JV: When David moved to his new school, he didn’t have any friends. So, his best friend became the school chaplain. When that chaplain is killed by the local mob boss, and the police won’t lift a finger. David takes matters into his own hands. David has an over-developed since of right and wrong. He sees everything in black and white, and when he sees an injustice, he feels morally compelled to act.

AL: These teens are embroiled in a murder mystery with a mob boss, yet in the pages I’ve seen there is a lightness in tone to this story. How would you classify The Night Owl Society? Is it “safe” for the Young Adult crowd, or are their some mature elements and themes that come into play?

JV: I think “young adult” is a perfect description. The tone is light at times, and a little dark at others. The best analogy I can come up with is the later Harry Potter books. The adventure is fun, but the danger these characters face is very, very real. 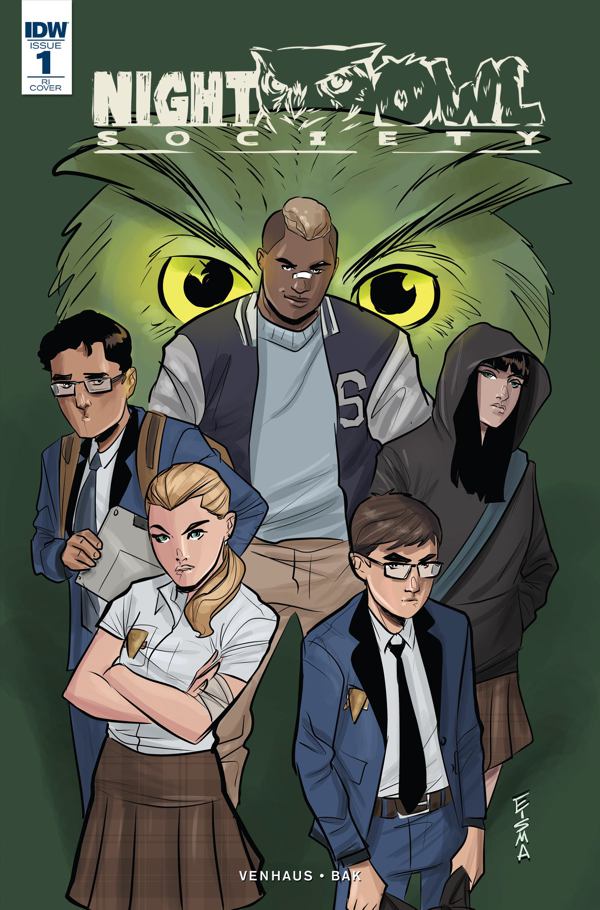 AL: With any story involving teens I wonder if creators impose some of their own teenage memories, friends/acquaintances, etc. on the story. Can you discuss any personal aspects either of you have infused into the story?

JV: I teach at a private high school that is lot like the school in The Night Owl Society. So, not only did my own teenage experiences come into play, but my students were a huge inspiration to me. They are smarter than your average teenagers, and have both too much time and too much disposable income on hand. Plus, they feel strongly about social justice, so they are the perfect models for teenage crime fighting mystery solvers.

Pius Bak: I actually drew David looking a little bit like me in the comic, because I saw so much of myself in his character. In school I was one of those skinny quiet kids, sometimes being pushed around by bigger kids. I also was on a secret mission, just like David. Only my secret mission was drawing cool stuff at home. Fun fact, one of my teachers in school for a while thought my name was David. I corrected her after a while, but my friends kept calling me David, it stuck as my nickname.

AL: Pius, can you discuss the designs you worked on for the characters and settings? Did you draw on any specific pieces of media or places for inspiration?

PB: I grew up in Lithuania and school life here is so much different from US. So I had to look up so many things on the internet while designing the characters or drawing the comic itself. But even then sometimes James would have to correct me on some things. Also watching a lot of American films over the years about lives of teenagers shaped my visual library a little. Among many others my favorite ones would be The Breakfast Club and Donnie Darko.

AL: Any final words you’d like to say about Night Owl Society?

JV: This book has been so much fun to write, and Pius’ art is so engaging, that I think the books is a really fun read. I wanted to make a series like the one’s I grew up reading Wolfman and Perez’ New Teen Titans, and Claremont and Byrne’s X-Men from the 1980’s: Real kids with real issues, kicking butt and having fun.

PB: I enjoyed working on the book, I hope people enjoy reading it.

Night Owl Society #1 (of 3)—SPOTLIGHT
James Venhaus (w) • Pius Bak (a & c)
When David’s only friend at school is killed by the local mob boss, David and his misfit friends take matters into their own hands by sneaking out at night to fight crime and take down the mob without getting killed . . . or grounded.
FC • 32 pages • $3.99 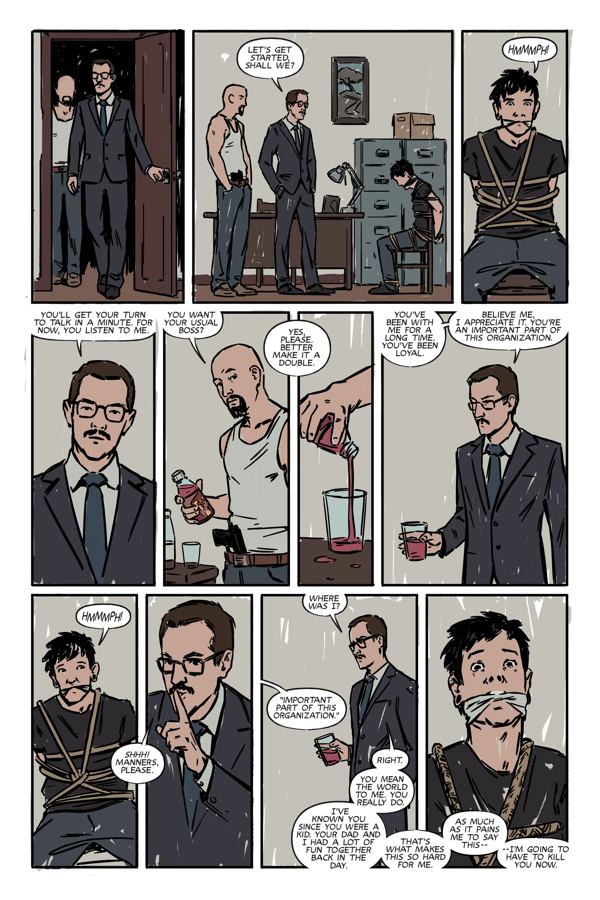 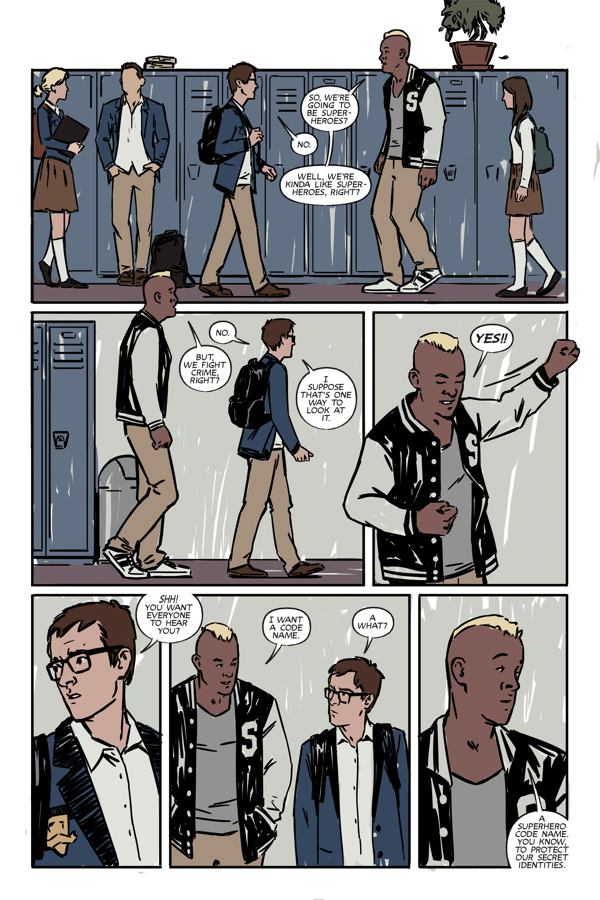 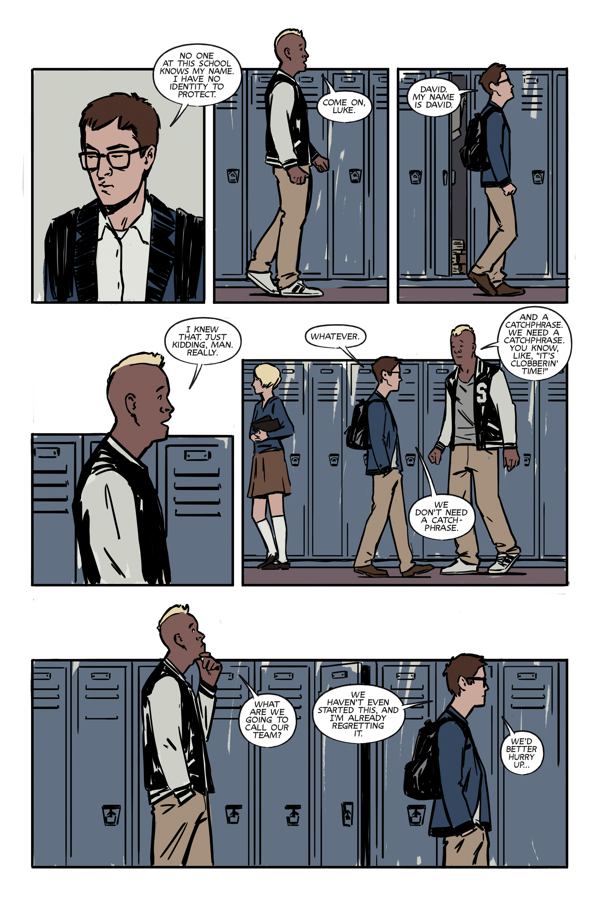 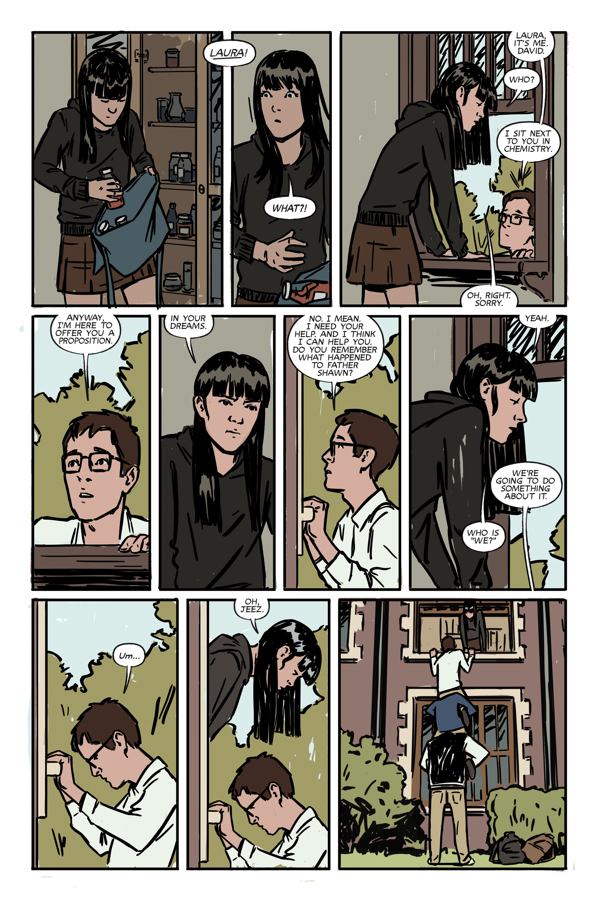 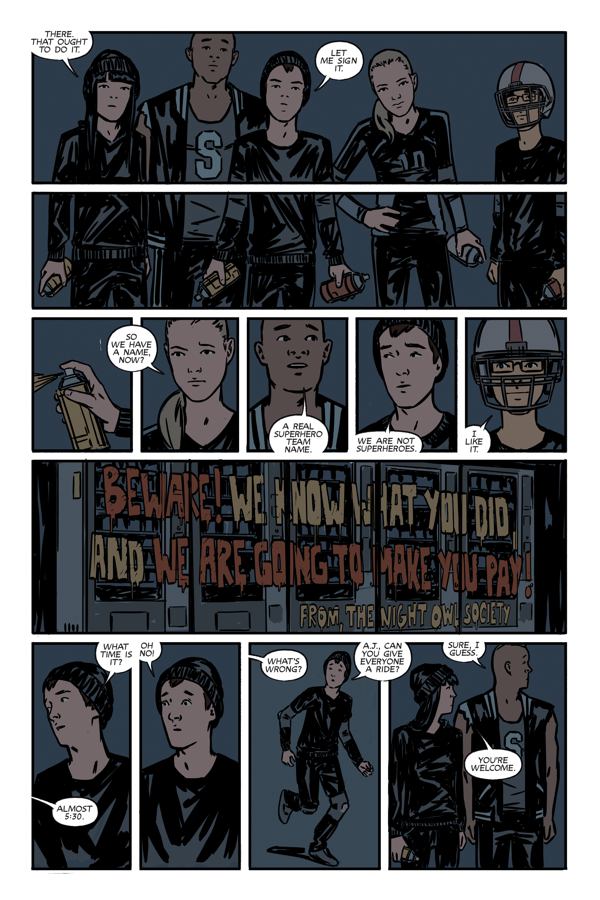 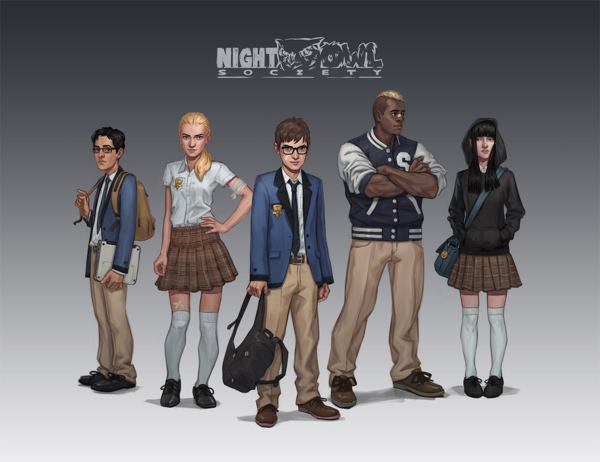