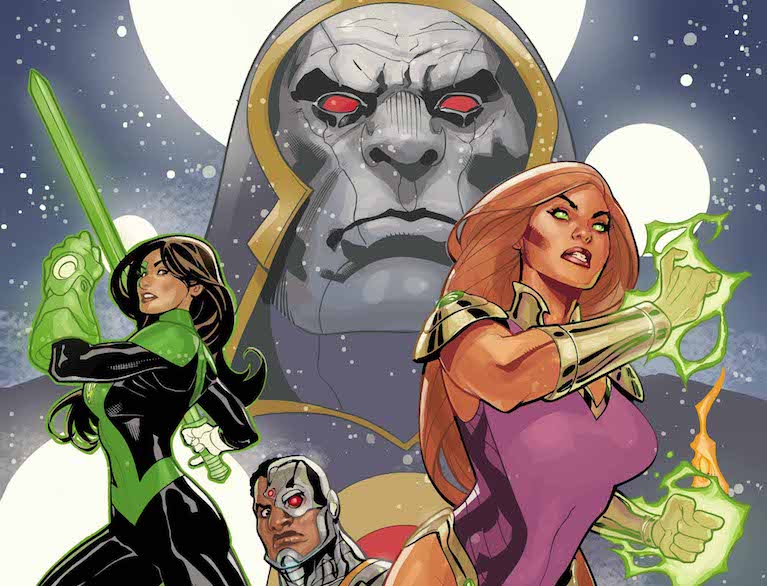 The universe is a mess, but there’s a Justice League that is forming to figure out just what the hell is going on. From the events of No Justice comes Justice League Odyssey from Joshua Williamson, Stjepan Sejic and Deron Bennett. This new Justice League series storms into stores today and Williamson was kind enough to give me the scoop about what is coming at readers out in the wild new world that is DC cosmic… 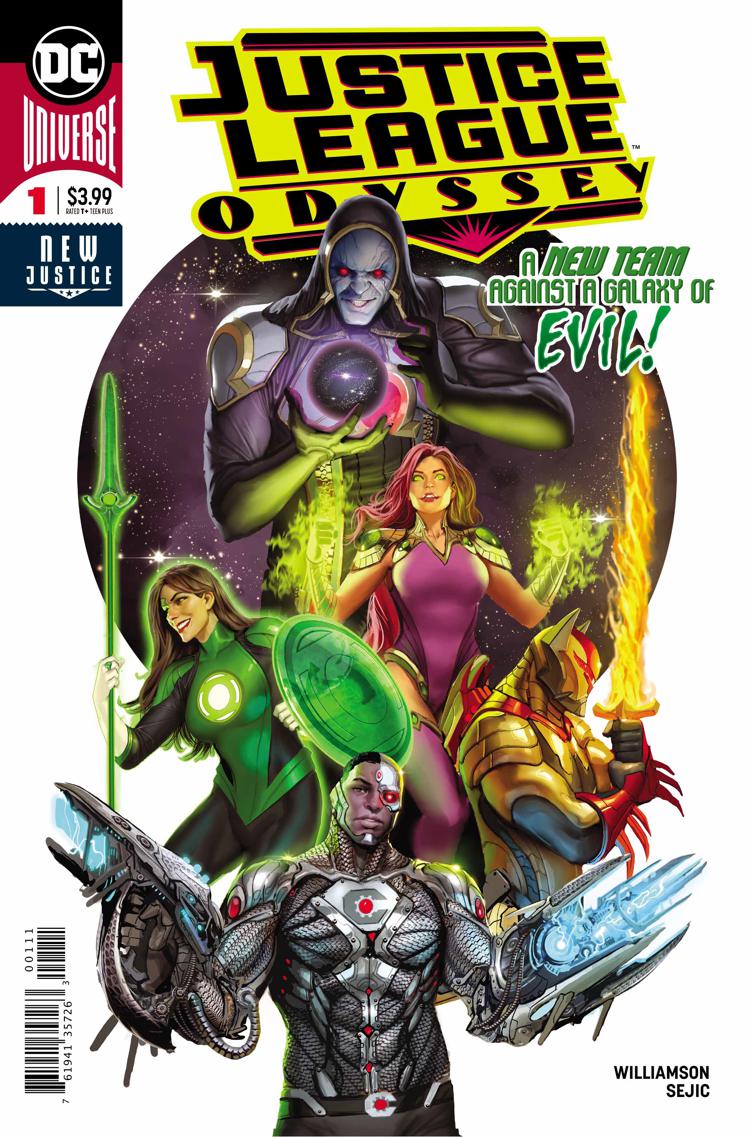 Aaron Long: Spinning out of No Justice, can you give me a rundown of who comprises this Odyssey team and what their mission is?

Joshua Williamson: Our main roster is Cyborg, Starfire, Jessica Cruz and Azrael. I have a nickname for this group but I worry that it will give away the insane plans we have for these four characters as they explore the Ghost Sector.

Cyborg is there because he feels like he’s finally answered if he is a man or a machine, and now wants to see what is next for him. Where does he go with his life now? BUT he was there when Colu was destroyed and the Ghost Sector was created, and he feels a deep sense of responsibility to find out what happened there, and to protect the aliens there. Starfire wants to find her home, she knows her homeworld of Tamaran was one of the worlds trapped in the Ghost Sector and wants to make sure they are safe. Jessica Cruz is looking for a chance to prove herself. Being one of the many Green Lanterns of Earth has made her feel like she is lost among the crowd. And now after graduating as a Green Lantern, she wants to find her own place. And a shot to prove she earned her ring. The Ghost Sector is hers to protect. Azrael found a home in Gotham but felt a calling to go to the stars. Really, they all felt a calling. It’s a big part of the first few issues that they all head a voice inside them that told them they had to go to the Ghost Sector. And that voice was so loud they couldn’t say no if they wanted to.

Their mission is one to explore, but also to clean up their own mess. Cyborg and Starfire were there when Colu was destroyed and the Ghost Sector was unleashed, and they want to learn the truth of why those worlds were hidden away.

Oh yeah, and then of course there is Darkseid. He’s in the Ghost Sector because he knows the secrets of why these worlds were all hidden and he wants to take advantage of it. BUT he knows that he needs Cyborg, Starfire, Jessica and Azrael to do it. He’s insanely manipulative and you never know exactly what his game is. He’s fallen from grace a bit because of his recent transformations and he wants to get back into his set of power and as the baddest god in the multiverse. Once you see the real plans he has for the Ghost Sector, you’ll see how scary the future of the DCU is. 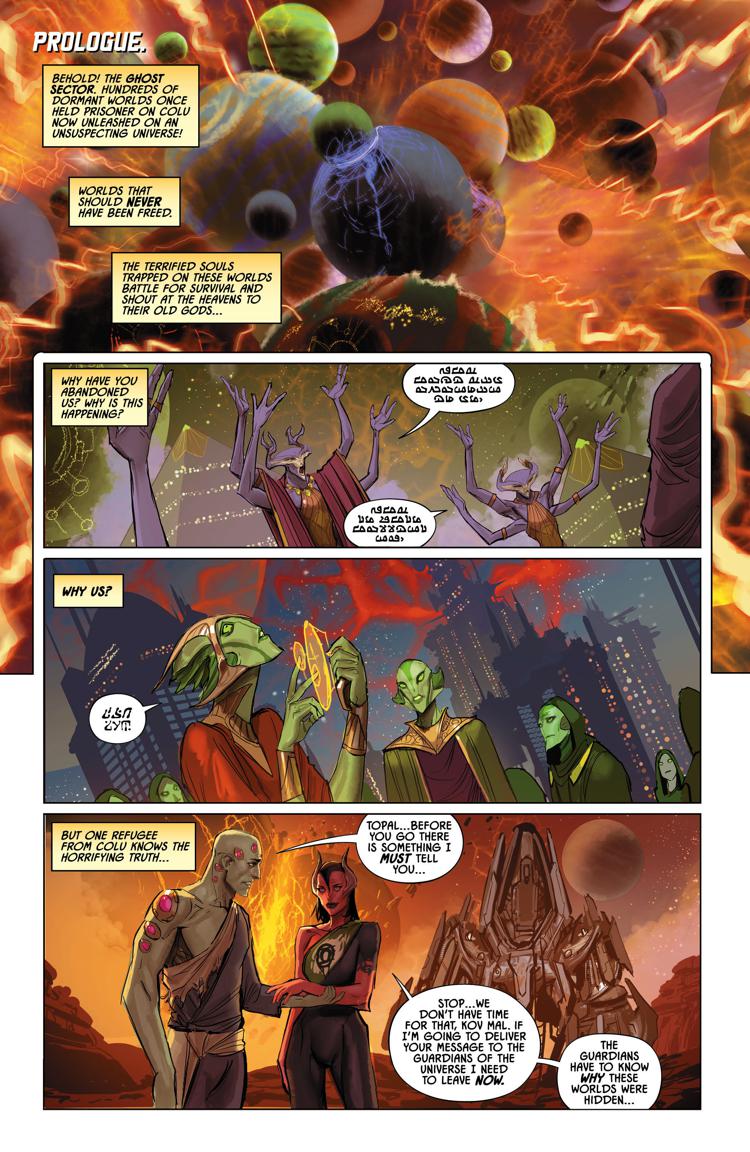 AL: With the Ghost Sector, you get to work in a previously unexplored piece of the DCU. Is there a fun level of freedom when you’re working in a space that isn’t as heavily affected by continuity?

JW: Yes and no. The hardest part is that of course you want to use all the fun cosmic toys, things that we love that have already been built. BUT we’ve set up that the Ghost Sector is impossible to get into and there are hundreds of new worlds there. It would be lazy of me to not explore all these new worlds. It does let me take the four main characters and place them in new situations we’ve never seen before which can create great character moments and drama.

AL: Will we be seeing new characters or villains coming from this new part of the DCU?

JW: Yes. Both. And we’ll see some old characters in new ways. I know that is vague but one of my favorite parts of this series is that I took an older DC concept and added to it in a cosmic way. It’s fun and one of my favorite moments of the whole series.

AL: As you’ve been working with these characters, have any emerged as surprise favourites?

JW: I feel like this depends on the day. Haha. They each bring their own fun and challenges. I never thought I’d have this much fun writing Cyborg. He was always a character I had a hard time hearing his voice in my head, but not anymore. I think one that sort of surprised me was Jessica. I’m trying to show that she’s working on a lot of her past issues and now feels like she has something to prove. And it’s turning her into a total bad ass. When I started to write this book the plan was more for Cyborg and Starfire to be the two leaders, but Jessica start to take on that role, which surprised me. 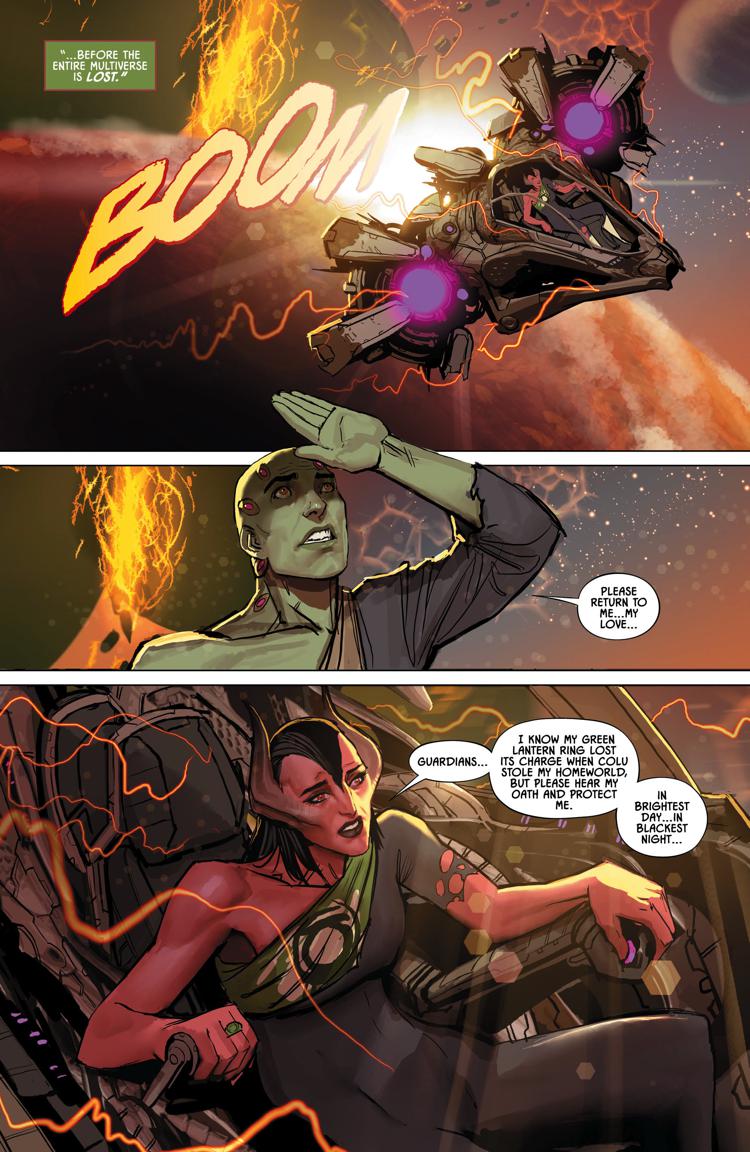 AL: Will Odyssey be connecting with other Justice League/DCU titles or will the book be on its own for the foreseeable future?

JW: It’s on its own. We’ll have some smaller ties to the main DCU title as the series progresses, and by the end of our main epic story we’ll tie into the DCU in a big way.

AL: It could be said that there’s no one in the industry who produces work quite like Stjepan Sejic’s. Does your scripting style change when you are working with an artist like Stjepan?

JW: He’s a genius. Really is. He gets into the main of the characters and uses his art to tell an emotional story with them. He nails characters moments and beats that really let you get to know the characters. He’s only doing the first two issues, but if he has stayed longer I would have loved to have done an all silent issue because I know his storytelling ability and character acting and expression would have made a very cool issue. At first when we started to work together I wrote maybe lighter scripts? Because I know he’s a writer and wanted him to not feel held back at all, but I eventually learned that he’s a great collaborator and he wants as much information as possible. He wants to share the ideas back and forth. I then tried to give him the room on the page to play with the expressions and character moments. I learned a lot from working with him, even if it was for a short time. That’s really want you want from any artist you work with. 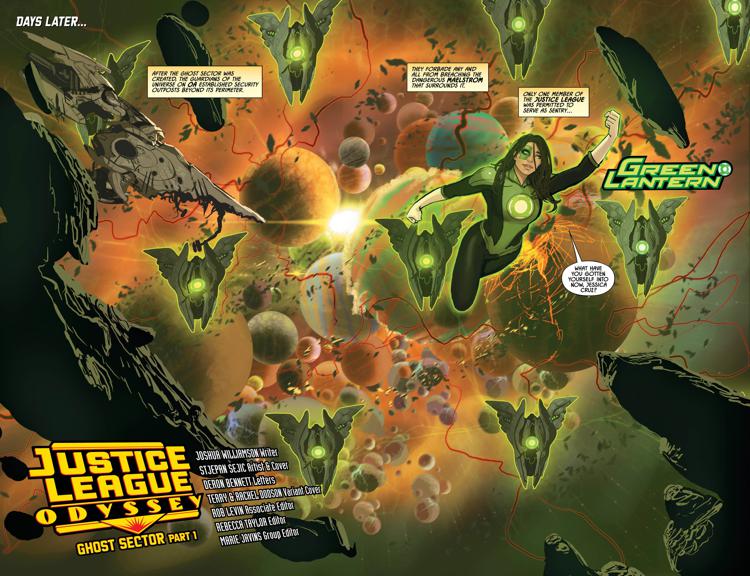 JW: There are big plans for Odyssey. These characters are going to go on a very dangerous wild ride and they won’t be the same once we finish our story. It will 100% change the future of the DCU.