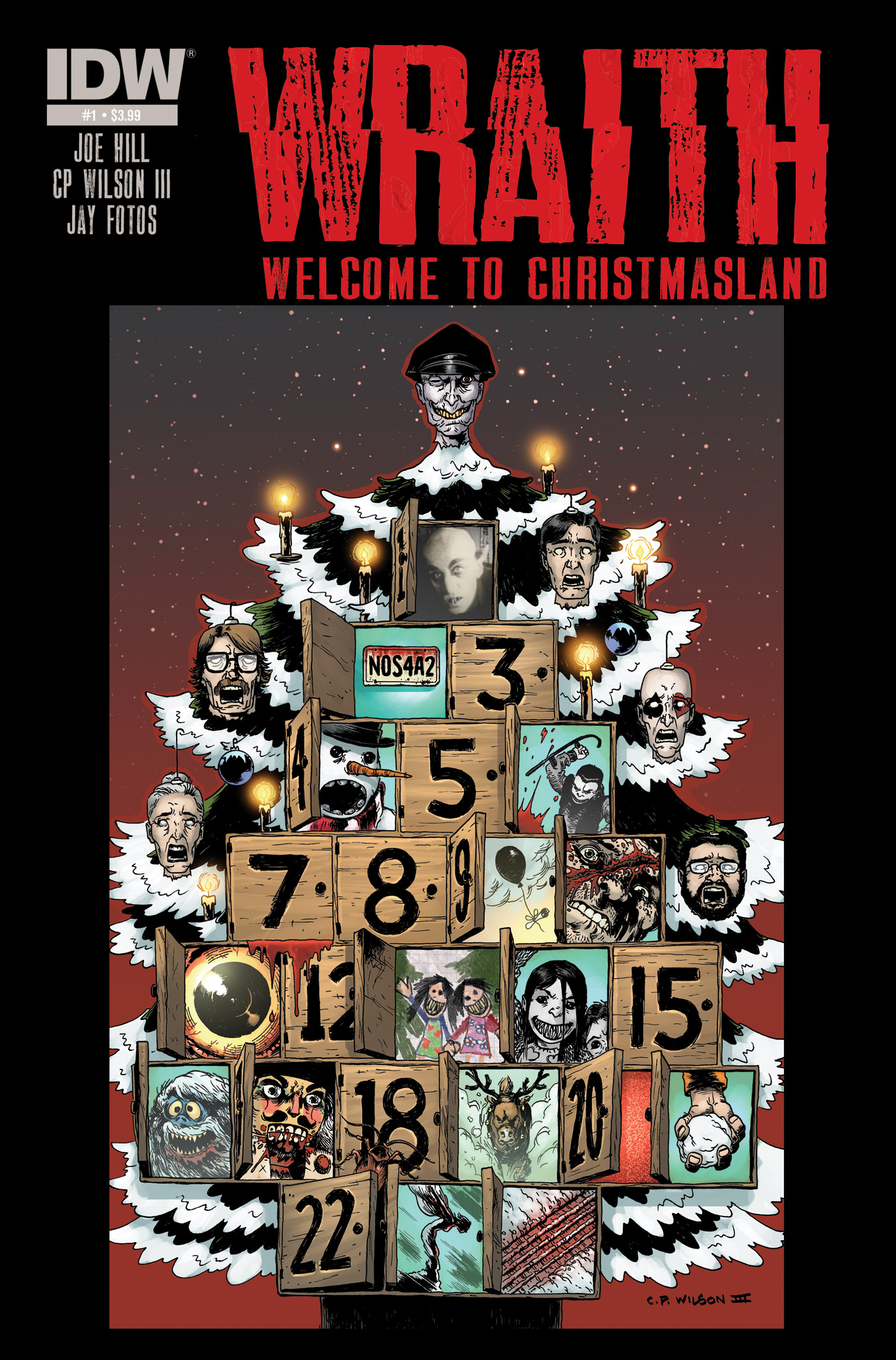 IDW Publishing has announced a new limited series from Locke & Key scribe Joe Hill, Welcome to Christmasland. The series will be penciled by C.P. Wilson III. 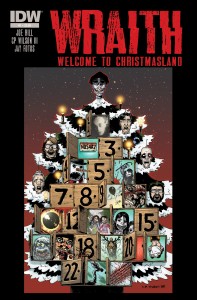 San Diego, CA (July 19, 2013) – In a brand-new limited series that will serve as a prequel to his New York Times bestselling novel, NOS4A2, Joe Hill will be taking readers on a dark plunge into the dizzying world of Christmasland. The first comic that Hill has written since the stunning conclusion of his award-winning masterpiece Locke & Key, Wraith: Welcome to Christmasland is equal parts mystery and horror.

According to Hill, “The world of NOS4A2 is very, very big, and I only had a chance to explore a part of it in the course of the novel. I told the story I wanted to tell, but I also feel there’s a lot more to discover. In NOS4A2, we learn about Charles Talent Manx the iii, who has kept himself alive for over a century by draining an essential life force out of children, warping them into giddy monsters. When he’s done with them—when Charlie has what he wants—he takes them to Christmasland, where they live forever and ever in an eternal Christmas Day. They live for fun and are good at having it, whether they’re playing a game of tag… or a bloody game of scissors for the drifter. In Wraith, we’re going back to Christmasland at an earlier time, to find out what happens when some unlucky grown-ups find themselves on Gumdrop Lane, and Charlie’s children decide to have some fun with them. It’s very much a standalone story, and it’s my intention to craft something that can be loved by people who have never cracked the cover of NOS4A2, while hopefully giving those who liked the book a new Charlie Manx tale to enjoy.”

In Wraith: Welcome to Christmasland, Hill is joined by illustrator Charles Paul Wilson III (Stuff of Legend), who provides interior art and creepy Christmasland-themed covers, as well as by his Locke & Key partner Gabriel Rodriguez, who is providing covers for each issue. Issue 1 (re)introduces the reader to Charlie Manx, his world, and his car, a vintage 1938 Rolls Royce Wraith that runs on human souls instead of gasoline. When a luckless child falls into Charlie’s grasp, her new best friend soothes her with a story: his story. From there, the series introduces a new cast of characters to Christmasland, and fully delves into its wonderfully devilish delights, as the sound of sleigh-bells ring in the background…

“NOS4A2 was Joe Hill’s most accomplished novel to date, and its memorable villain Charlie Manx deserves the additional focus this series will bring,” said Chris Ryall, IDW’s Chief Creative Officer. “Joe and CP Wilson III have some nightmarishly clever things planned for this series, from an advent calendar-style cover to some bloody good fun on the interiors as well. The readers are really gonna get taken for a ride in this one.”

Joe Hill has made a name for himself as both a successful novelist and comic book author. Frequently publishing short stories and appearing in anthologies, Hill has rapidly become a literary force. His first novel Heart-Shaped Box won the Bram Stoker award for “Best First Novel.” His critically acclaimed comic series from IDW, Locke & Key, was recently optioned for a film by Universal Pictures, and won Hill an Eisner award for “Best Writer.”