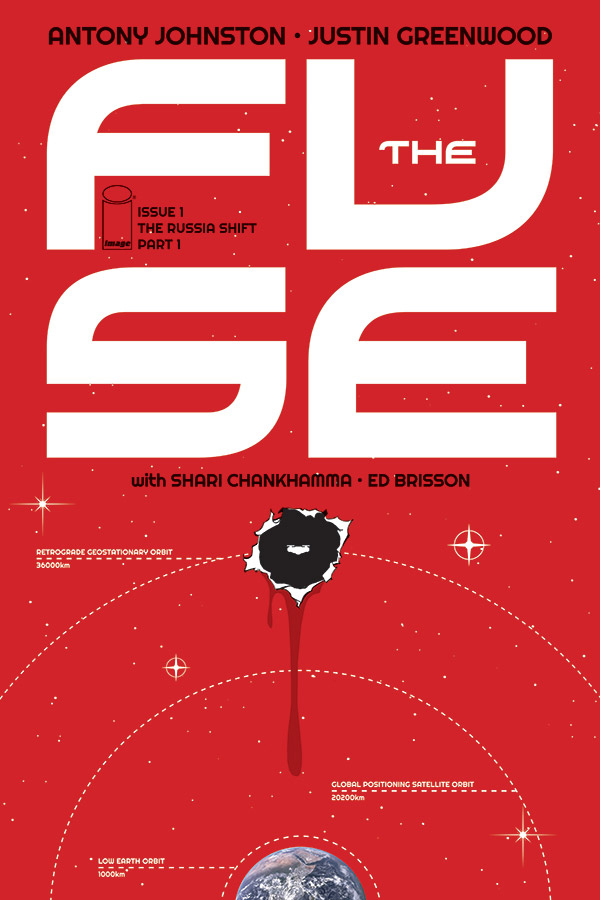 Johnston describes THE FUSE #1 as a blend of different influences. “I’m a sucker for detective stories, down-at-heel cop shows, and the kind of ‘lived-in’ sci-fi where everything feels like it might fall apart at any moment,” he explains. “Combine those with a frontier attitude, where a half million people all think they can get away with murder, and you’ve got THE FUSE.”

The creators worked together as a team and fed off of each other’s creativity. “The thing I love best about cop stories and crime comics is that ultimately they’re about people, and that’s where I think Antony and I tell our best stories,” said Greenwood. “Combine this with Shari Chankhamma’s wonderful, atmospheric color sense and Ed Brisson’s great lettering and you get the kind of comic that I know, as a fan, I’d want to check out myself.”

For the full interview visit the Image Comics website at: imagecomics.com.

In “THE RUSSIA SHIFT,” Part One, we’re introduced to the permanently understaffed and overworked murder police on board “The Fuse,” assigned to working a new frontier where the law struggles to be heard, let alone obeyed.