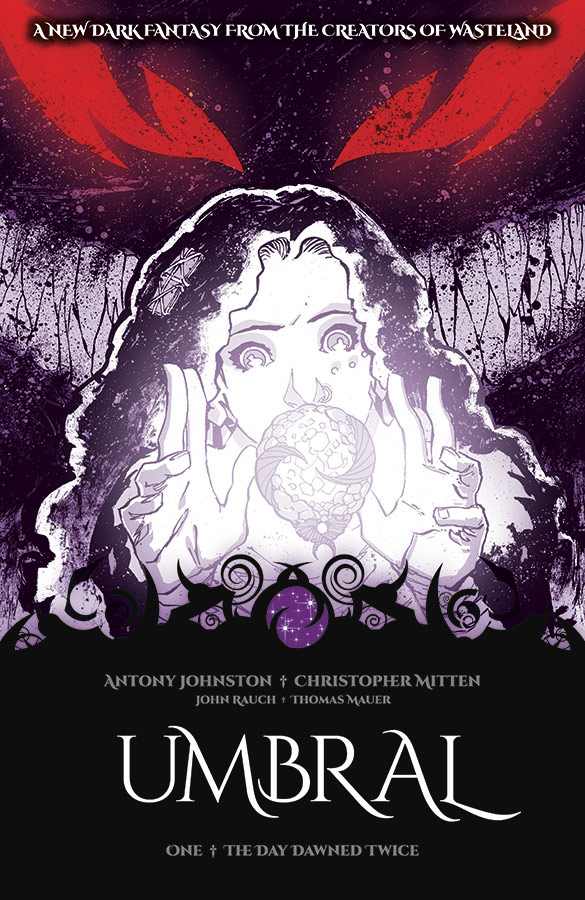 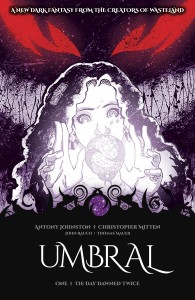 In UMBRAL, the young thief Rascal breaks into the royal palace using a rare eclipse as cover for the theft of a priceless gem. During the heist, Rascal witnesses the death of the King and Queen, the first step in the invasion of the world by the Umbral, mythical shadow creatures… and no one knows it’s happening.

A work that has been years in the making, writer Antony Johnston (Daredevil: Season One, Wasteland) and artist Christopher Mitten (Batman: Arkham Unhinged, Wasteland) unleash their latest series on the world in November.

“Chris and I spent the last couple of years batting around the idea of creating something new together, and UMBRAL is the result,” says writer Antony Johnston. “We’re both big fans of weird, dark fantasy, as you might expect… but we also love epic adventure, and building amazing fantasy worlds. That’s the combination we’re aiming for with UMBRAL. I mean, there’s a map in the first issue, for heaven’s sake.”

UMBRAL is the latest collaboration between the creative team of Johnston and Mitten, who co-created the post-apocalyptic and impressively expansive series Wasteland. Mitten praised their collaborative relationship, saying, “Together we did around thirty issues of Wasteland, and before that, three issues of Greg Rucka’s Queen & Country, so there’s a fair stack of history there.” He also praised his relationship with Johnston. “Having the chance to work with Antony again is fantastic, and I don’t think I could be happier about it. He’s got this tremendous imagination and the talent/skill combo to bring it to the page feeling fully formed.”

Johnston and Mitten have released a teaser for the series in advance of its release on theofficial Tumblr for UMBRAL. Curious fans should follow the official Twitter, as well.

Announced at the Image Expo earlier this year, UMBRAL #1 arrives in stores on November 13and is currently available to pre-order from the September issue of Previews (Diamond Code SEP130478).