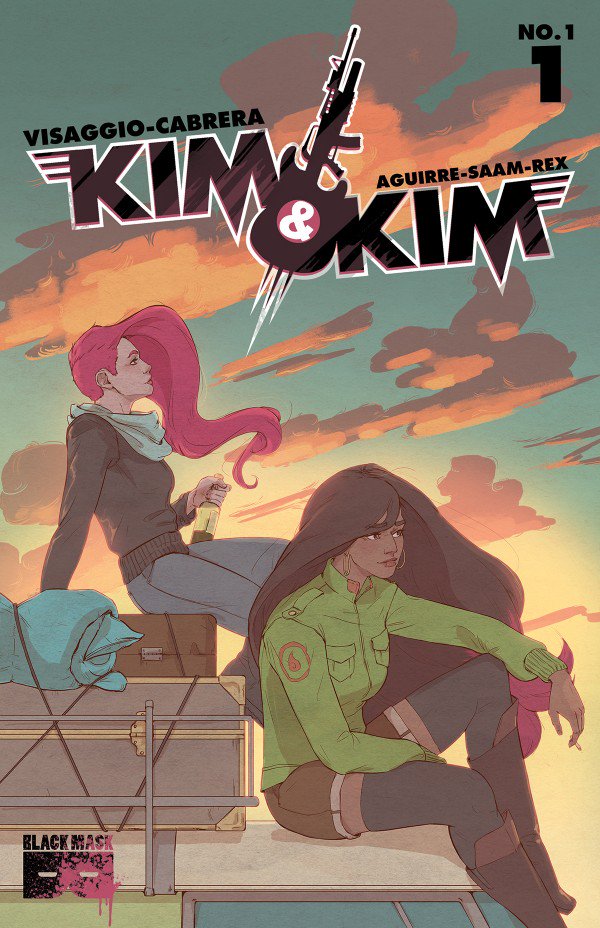 Black Mask Studios’ newest hit is headed to a second printing, as Kim & Kim #1 sells out after an initial run of 20,000 copies. And to celebrate, there’s going to be a brand new cover by Rebecca Farrow for the new print run.

Don’t know about Kim & Kim? We reviewed both issue #1 and issue #2, where Emma Houxbois described it as “a refreshing and accessible title that the entire industry could stand to learn some lessons from.”

KIM & KIM is a day-glo action adventure that’s bursting with energy and enthusiasm and puts queer women and trans women front and center.

Badass besties Kim and Kim are out to make a name for themselves in the wild world of interdimensional cowboy law enforcement – and they very quickly end up in way over their heads.

Blending the punk exuberance of TANK GIRL with the buddy adventure wackiness of SUPERBAD (if Michael Cera was a trans woman and Jonah Hill a queergirl partner in crime), Kim & Kim focuses on the power and meaning of female friendships as engines of validation. A bright, happy, punk rock sci fi adventure that is queer as shit.

Kim & Kim is the breakout debut for writer Magdalene Visaggio, taking the comic market by storm with creative team Eva Cabrera (Bravest Warriors) and Claudia Aguirre (Malice Is-). Visaggio’s goal to “put queer women front and center” along with the team’s sharp storytelling and unique style that matches edge with gloss brings a cool new point of view to comics. 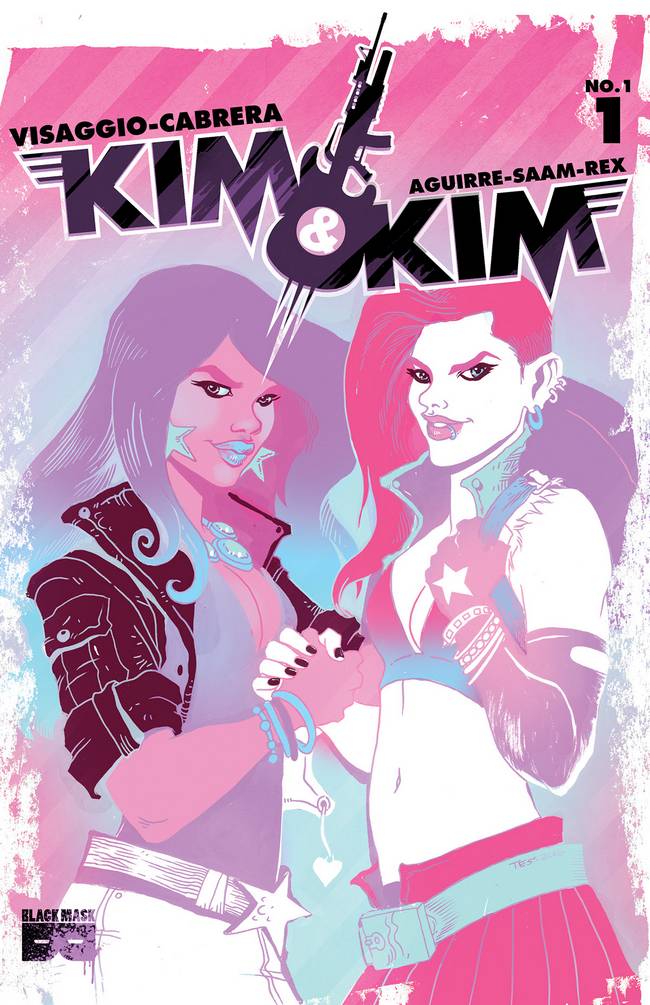 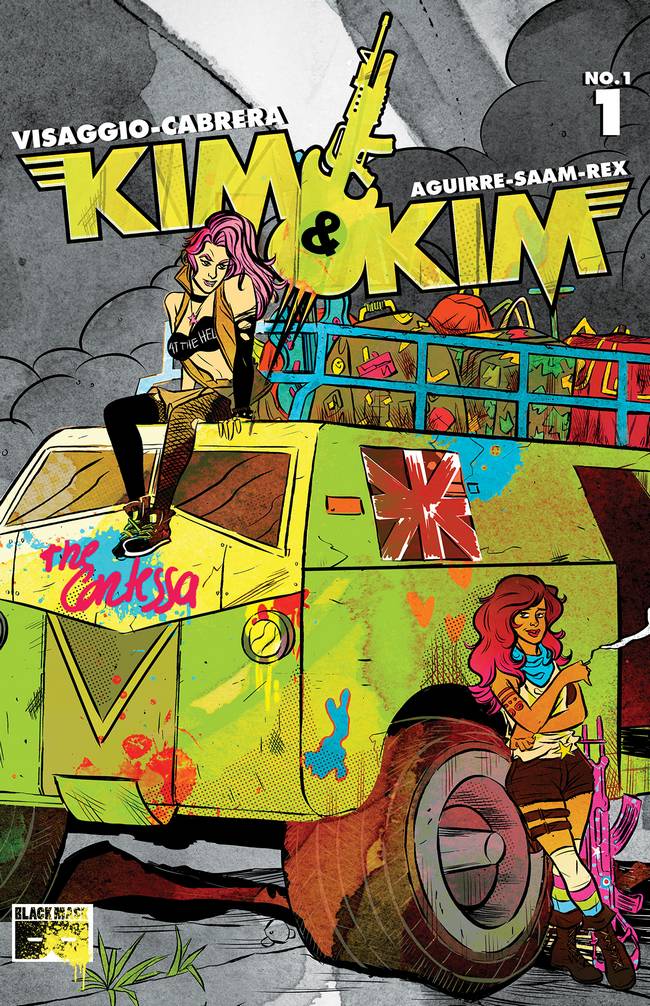 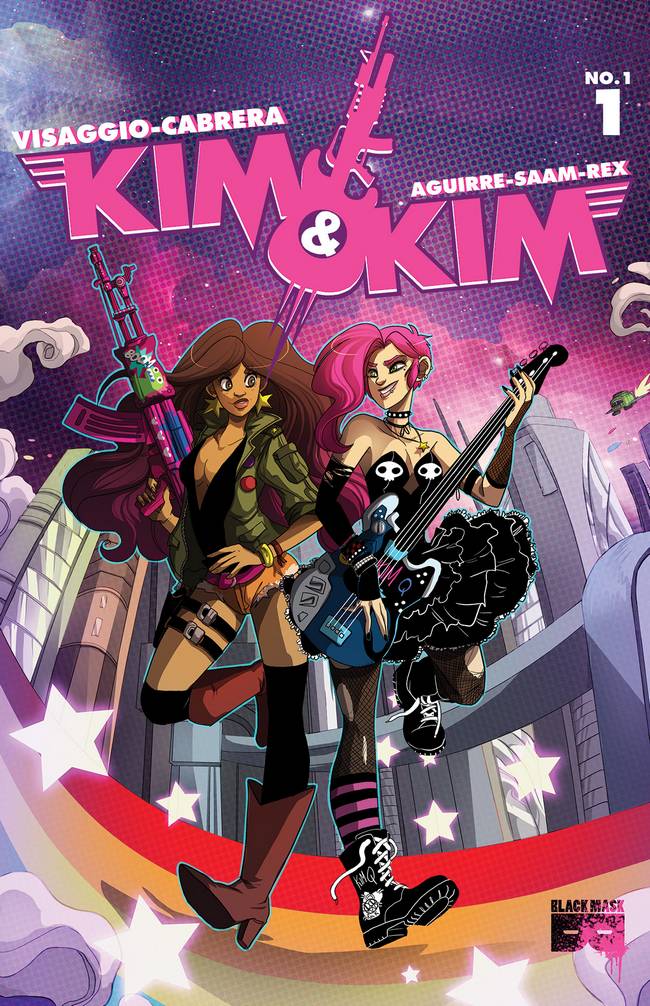 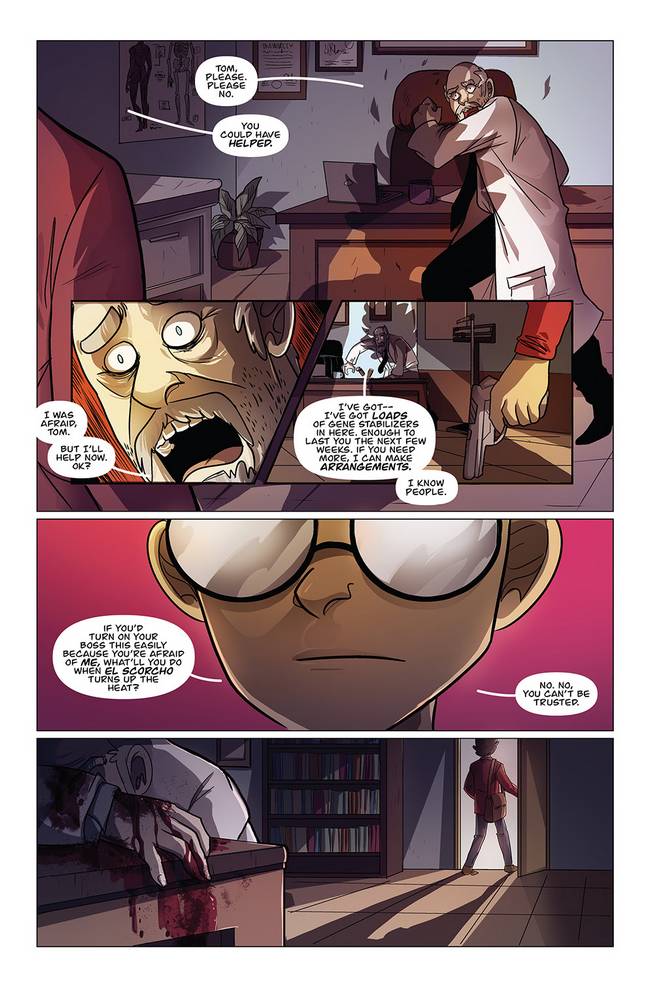 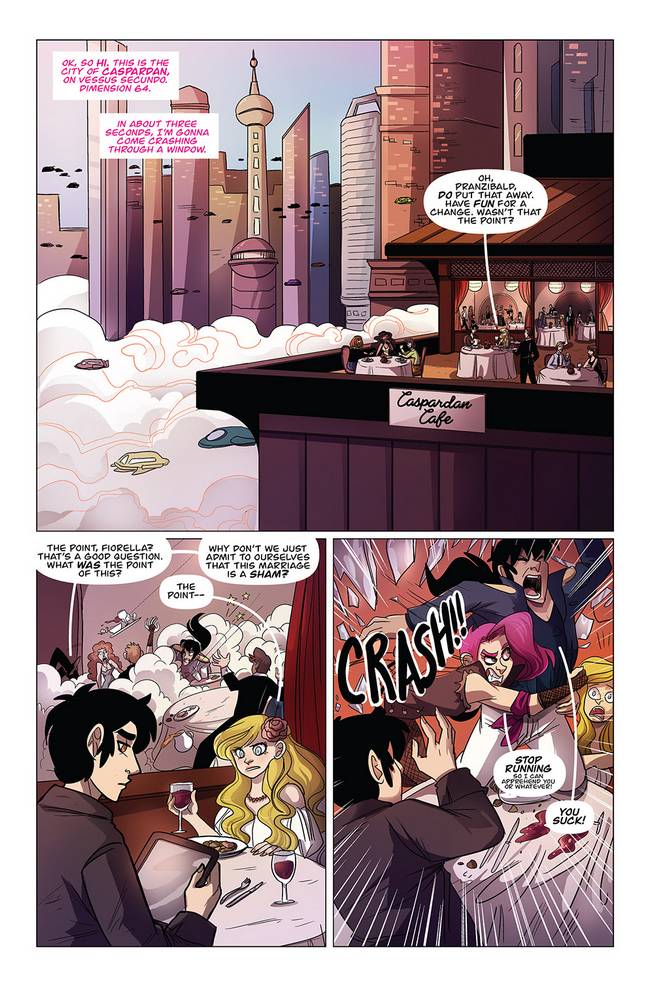 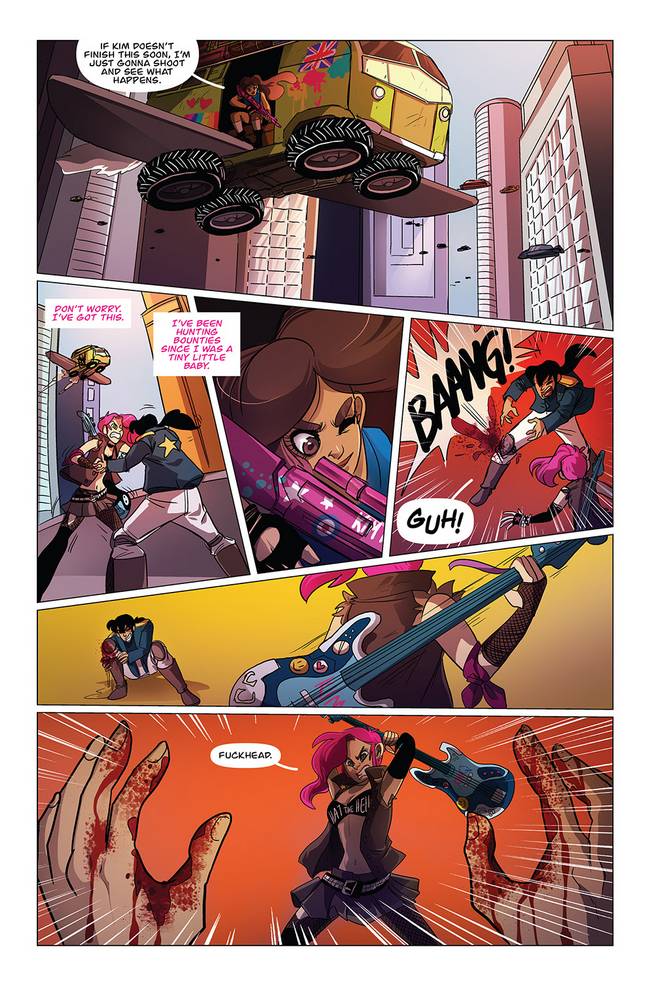 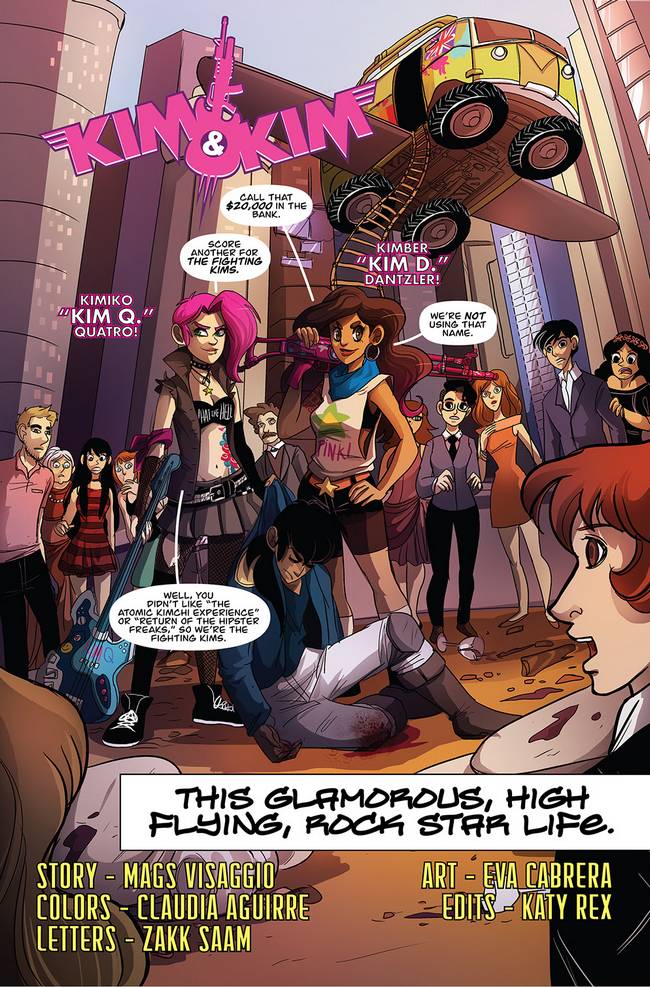 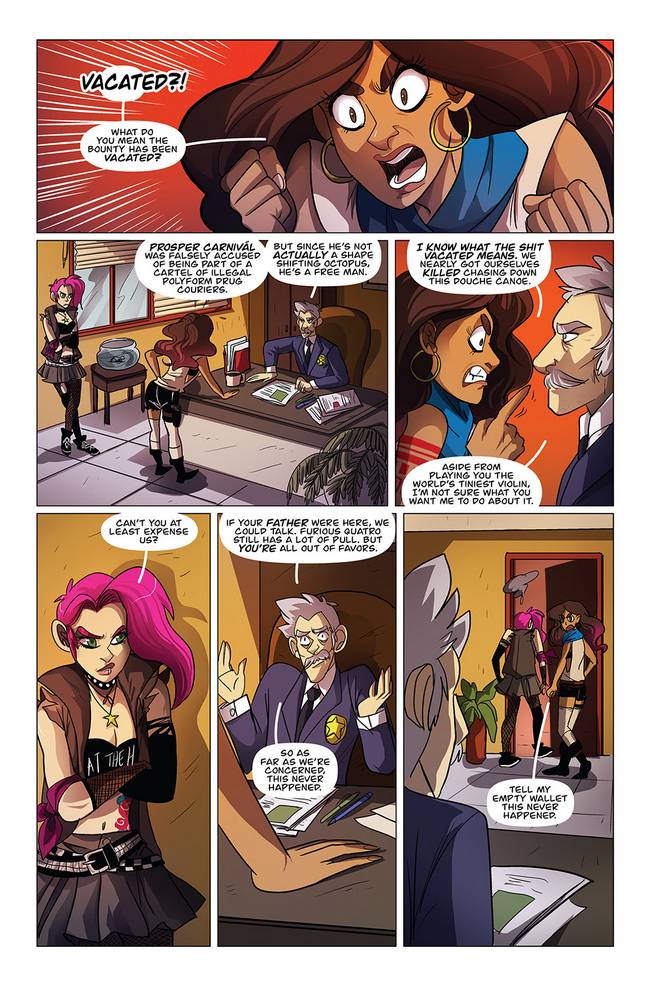 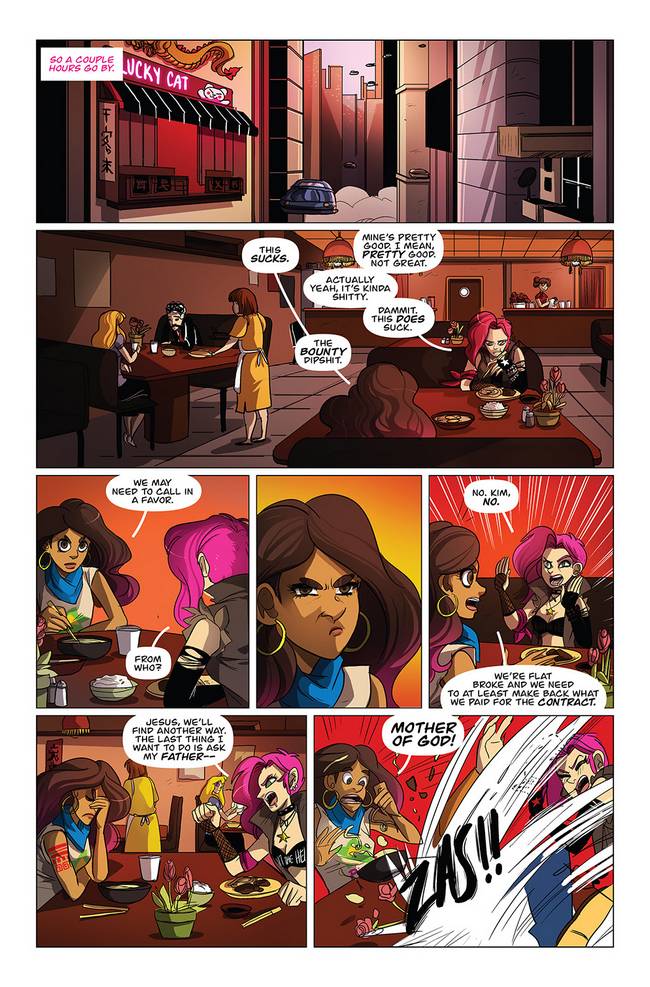 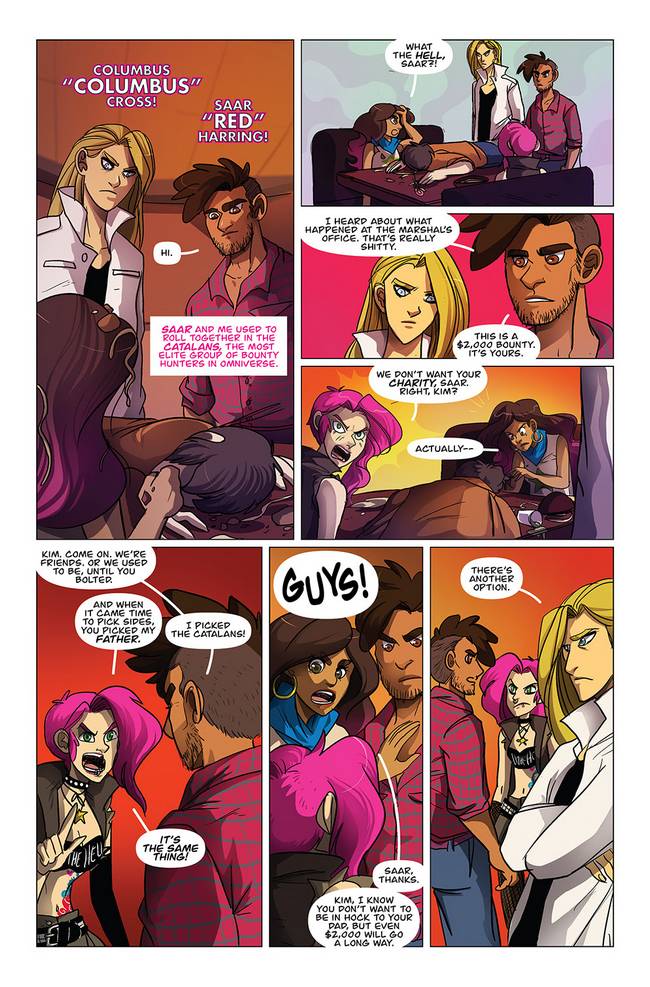 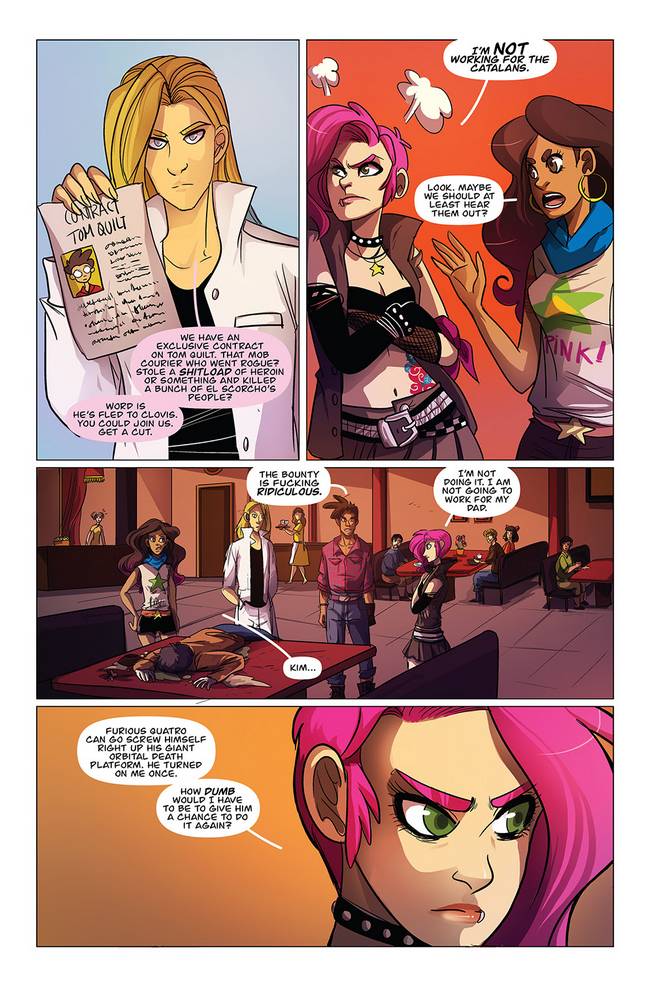