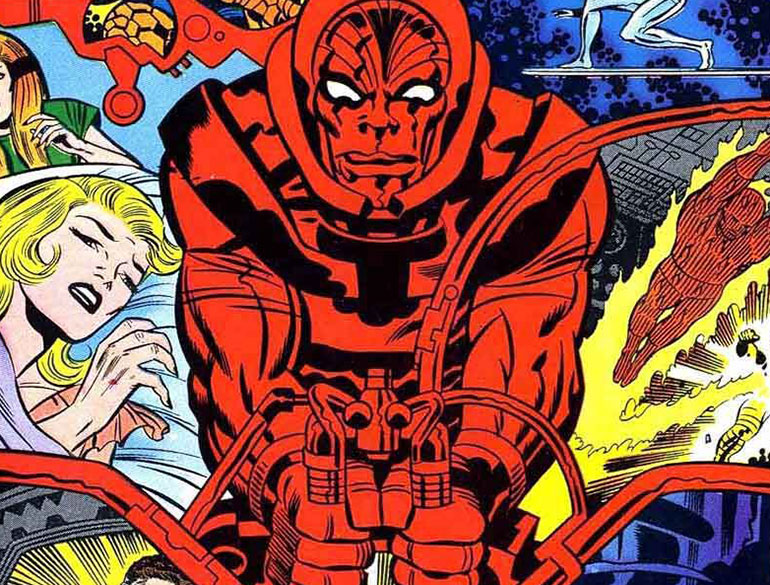 Jack Kirby’s comics are, often literally, a punch to the face of fascism. Some of those punches, inspired by Kirby’s harrowing experience as an army scout in World War II, flew into the future, catching America’s current top fascist squarely in the jaw.

As Elana Levin discussed for The Daily Beast, anti-life evangelist Glorious Godfrey is a dead ringer for Individual-1.

As I have yammered, Kirby had a talent for creating orange monsters that feel timely for some reason.

Then there’s this guy: 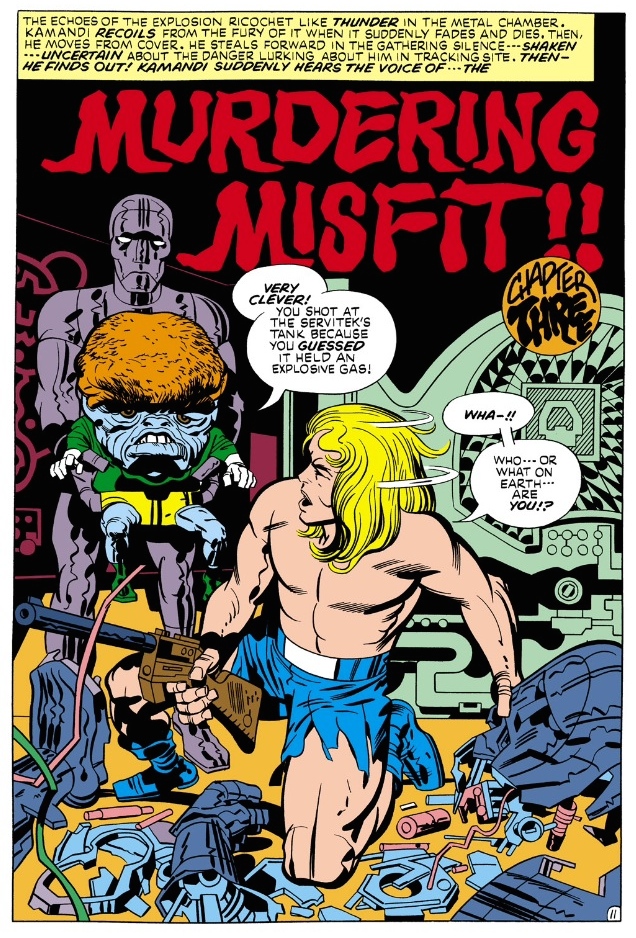 But let’s not forget a minor Fantastic Four baddie who might be Kirby’s most prophetic creation of all: Psycho-Man. In light of recent history, the emotion-exploiting escapades of Psycho-Man are utterly Presidential.

Psycho-Man came to my attention thanks to a five-dollar purchase of this little guy: 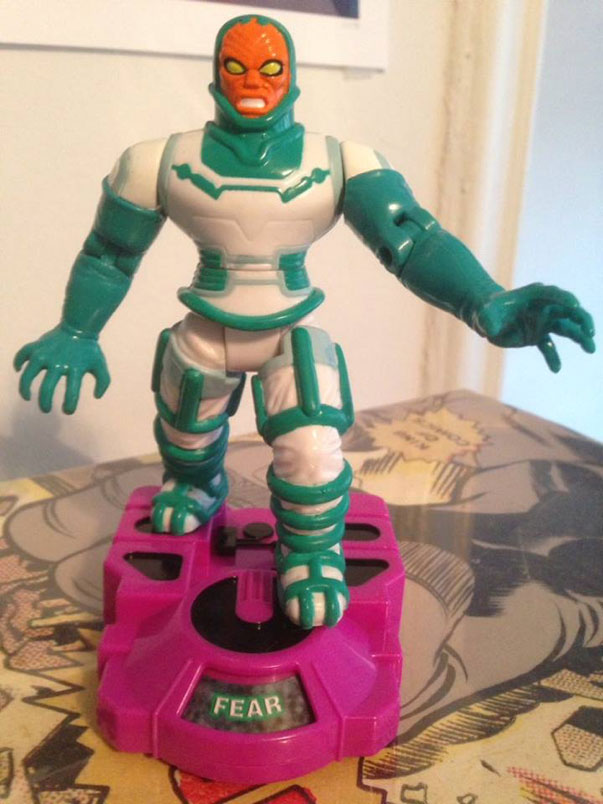 Note the orange face and literal platform of fear. If this were a brand-new satirical character, I’d say, “That’s a little on the nose.” But Psycho-Man was created in 1967 by Kirby and Stan Lee for Fantastic Four Annual #5 (Nov. 1967) — a “KING-SIZE SPECIAL!” 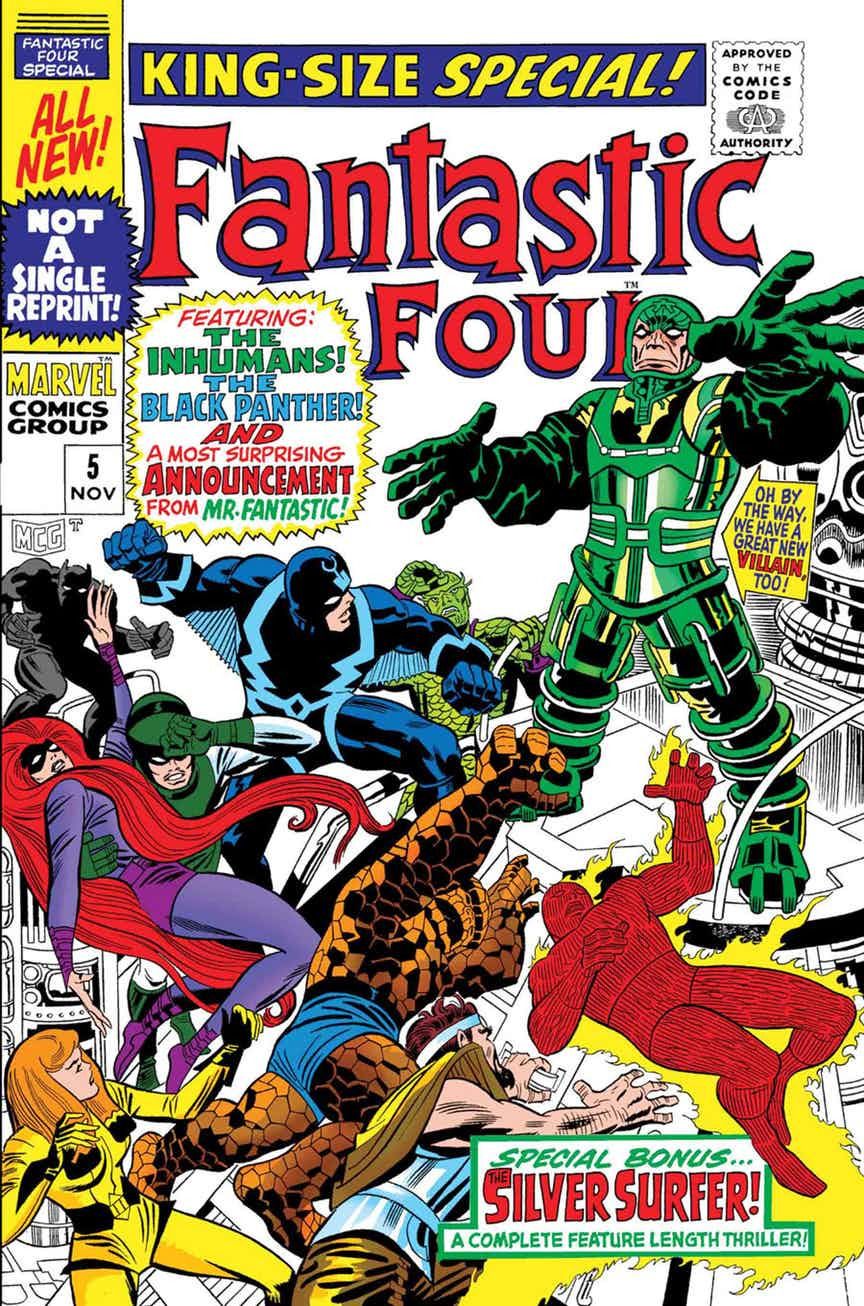 Hyperbole aside, this “ALL NEW!” annual with “NOT A SINGLE REPRINT!” is freaking huge. As the cover indicates, the main story has almost enough heroes for an Avengers movie, and there are two bonus stories as well. Remarkably, there are hardly any ads — the first appears on page 20, and there are only nine pages of ads overall, compared to 55 pages of story and pin-ups, all for a quarter. My wallet is aching for a time machine.

Anyhoo, page 3 tells us everything we need to know about Psycho-Man and may be an adaptation of the Mueller report. Kirby and Lee introduce us to Psycho-Man in an undisclosed location, intimidating a henchgoon who failed to acquire Component Five. We’ve all been there. 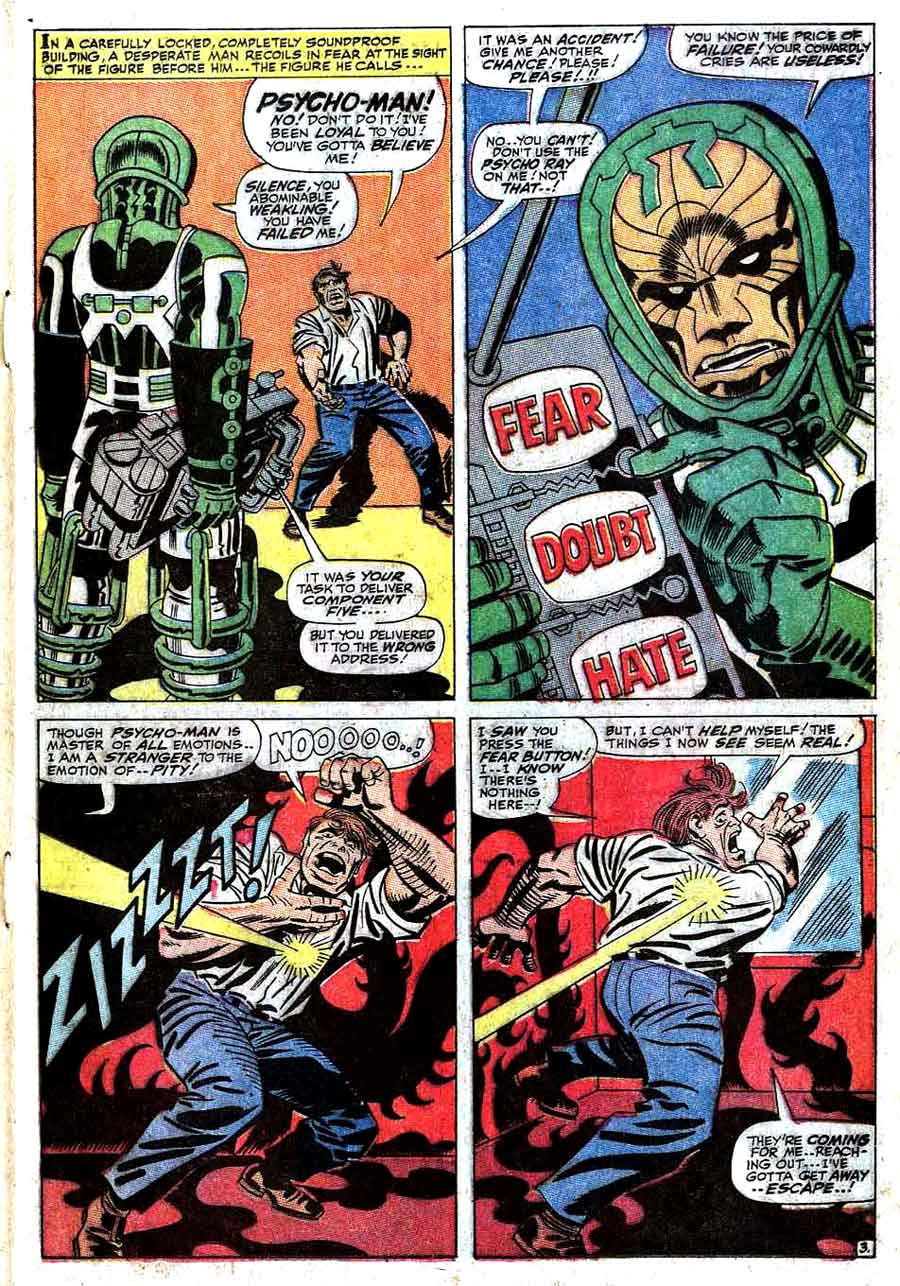 Not only does Psycho-Man’s tremendously named Psycho Ray create unwanted emotions — specifically FEAR, DOUBT, and HATE — it makes the victims see things that aren’t there, and those things aren’t puppies and pancakes. Psycho-Man’s underling might as well be watching Fox News: “I saw you press the fear button! I — I know there’s nothing here — ! But, I can’t help myself! The things I now see seem real! They’re coming for me — reaching out… I’ve gotta get away… escape… !”

The doubt button may be even more effective; it makes other henchlings whine, “No! Wait! Don’t leave us, Psycho-Man! We won’t know what to do!” and “I’m afraid to turn my back… don’t know what’ll happen! I’m not sure of anything!”

The Psycho Ray is better at spirit-crushing and follower-cultivating than a daily buffet of lies and conspiracy theories — or at least equally so. The result of this doubt download is summed up by one cowering not-so-tough guy: “We’ll follow you, Psycho-Man… Anywhere! Anywhere!”

Psycho-Man’s goal is to create a Giant-Size Mind Ray: “A ray capable of affecting the emotions of every man, woman, and child on Earth! And, whoever controls the emotions of the helpless human race then becomes the total master of all humanity!” On the upside, this mega-gizmo is classic Kirbytech. 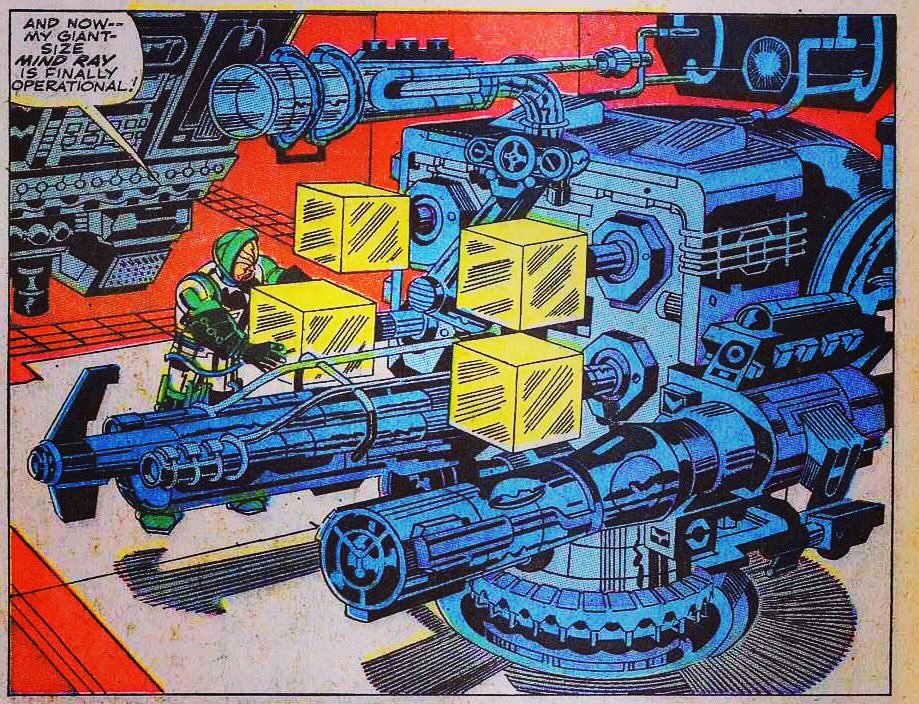 Such a massive, multi-pronged monstrosity suggests Psycho-Man is overcompensating, and he is.

Psycho-Man is actually a little tiny baby man from Sub-Atomica, which is basically the microverse. His massive suit of armor disguises a guy who couldn’t win a fight with an amoeba. As Psycho-Man describes his home among “micro-galaxies” which are “so small that your most powerful microscopes cannot begin to detect them!!” it’s hard not to think of the nano-minded Nazis and other scum who had crawled beneath the surface of the American pie until hearing the tune of their Pumpkin-faced Piper.

I could go on, but I’m too depressed. Let us turn to prayer. 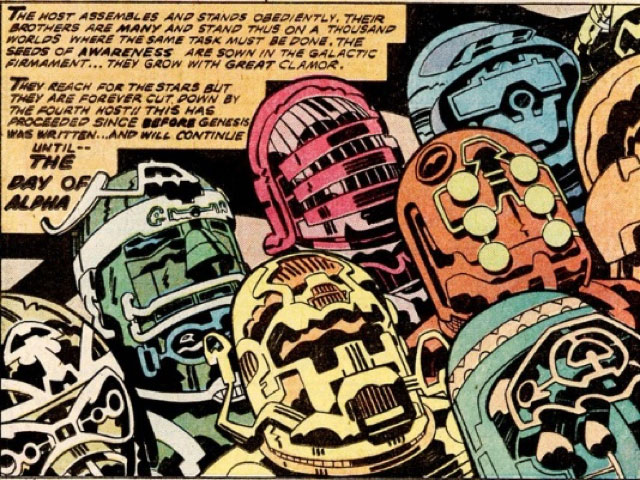 There are many poor, fair, good, very good, fine, very fine, near mint, mint, and peppermint candidates for President in 2020. I don’t really care which of them defeats President Garbage Bag.

All I want is this: a President who can’t be easily compared to Psycho-Man.