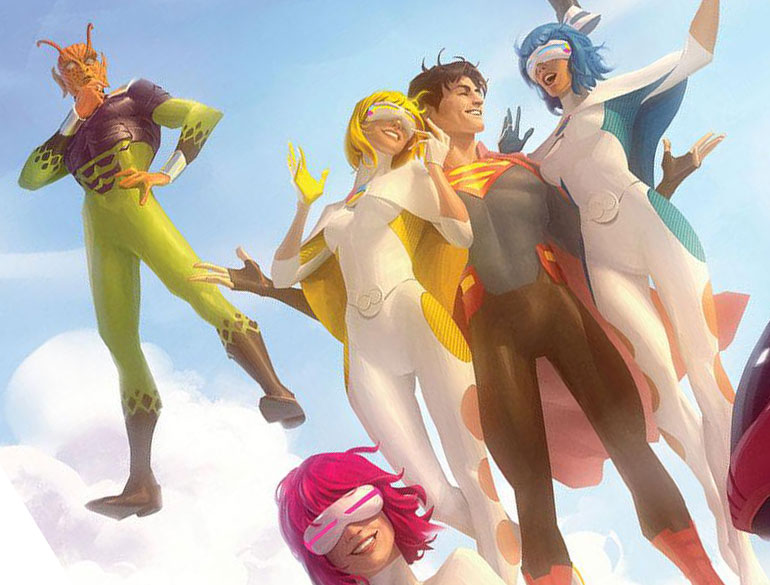 Events come to a head as the Legion fights to keep the Horraz from using Aquaman’s Trident to destroy New Earth.

It’s been over two months, but Bendis, Sook, von Grawbadger, Bellaire, and Sharpe are back with a new issue of Legion of Super-Heroes. It’s both weird and somewhat comforting to be reading and discussing comics again after such a long hiatus, especially considering everything going on.

In a sense, it’s mildly disappointing that issue #6 is the comic we’re getting at this moment; issues #4 and #5 were so heavily focused on the Legionnaires’ youthful activism and would have felt perfectly of a piece with the present moment, while issue #6 focuses on big space fights. 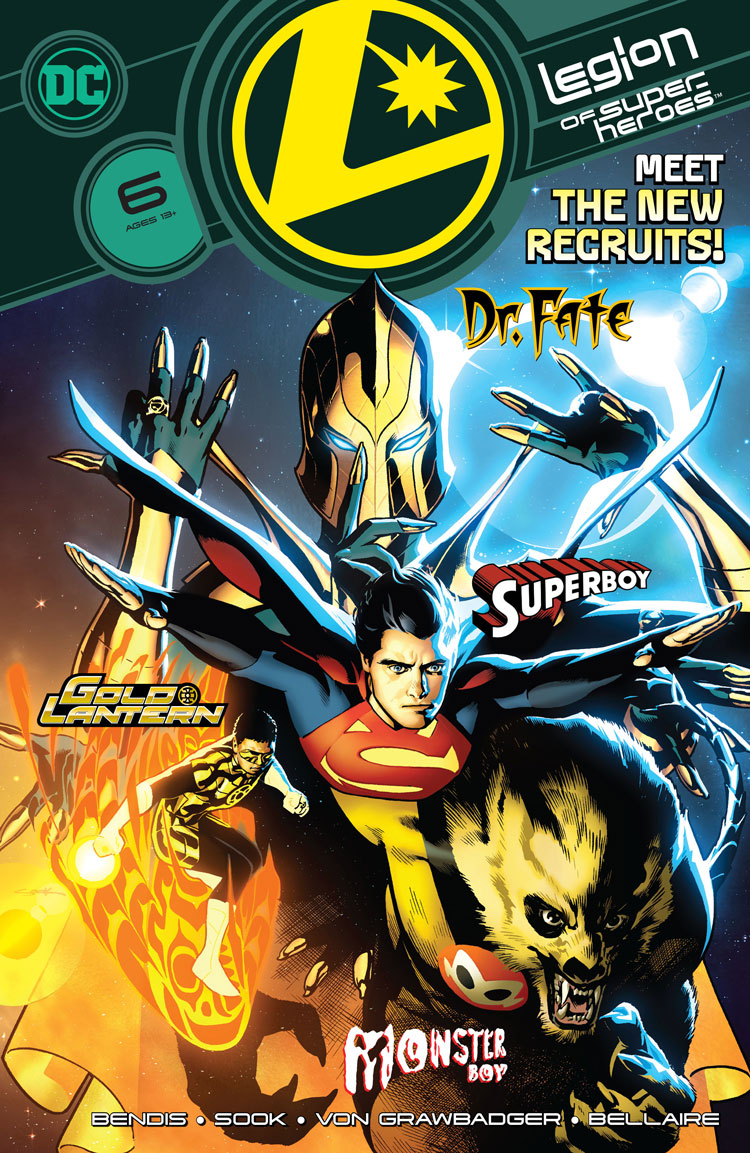 Which is not to say Legion of Super-Heroes #6 is bad in any way, just that prior issues were more fitting in light of current events. Here we get one of the first all-singing, all-dancing, all-fighting big Legion fights, and it’s handled exceptionally well. Sook’s compositions are simultaneously complex and focused, giving us big double splash layouts that show how individual Legionnaires handle a big battle.

The contrast I went to as I read was George Pérez’s work on Final Crisis: Legion of Three Worlds. Where Pérez would give us fantastic splashes depicting every Legionnaire in simultaneous battle (giving a marvelous sense of the scope of battle), Sook focuses on smaller windows into the battle that enable him to show both individual Legionnaires’ skills and a hint at their personalities.

The bulk of this issue is given over to the big space fight, and it really is a joy to linger over. In terms of the big picture story, the battle over Aquaman’s Trident appears to be resolved, for now, in a really interesting way that adds more depth (heh) to New Earth as a location for future adventures. Meanwhile, there are a few tidbits to call attention to: 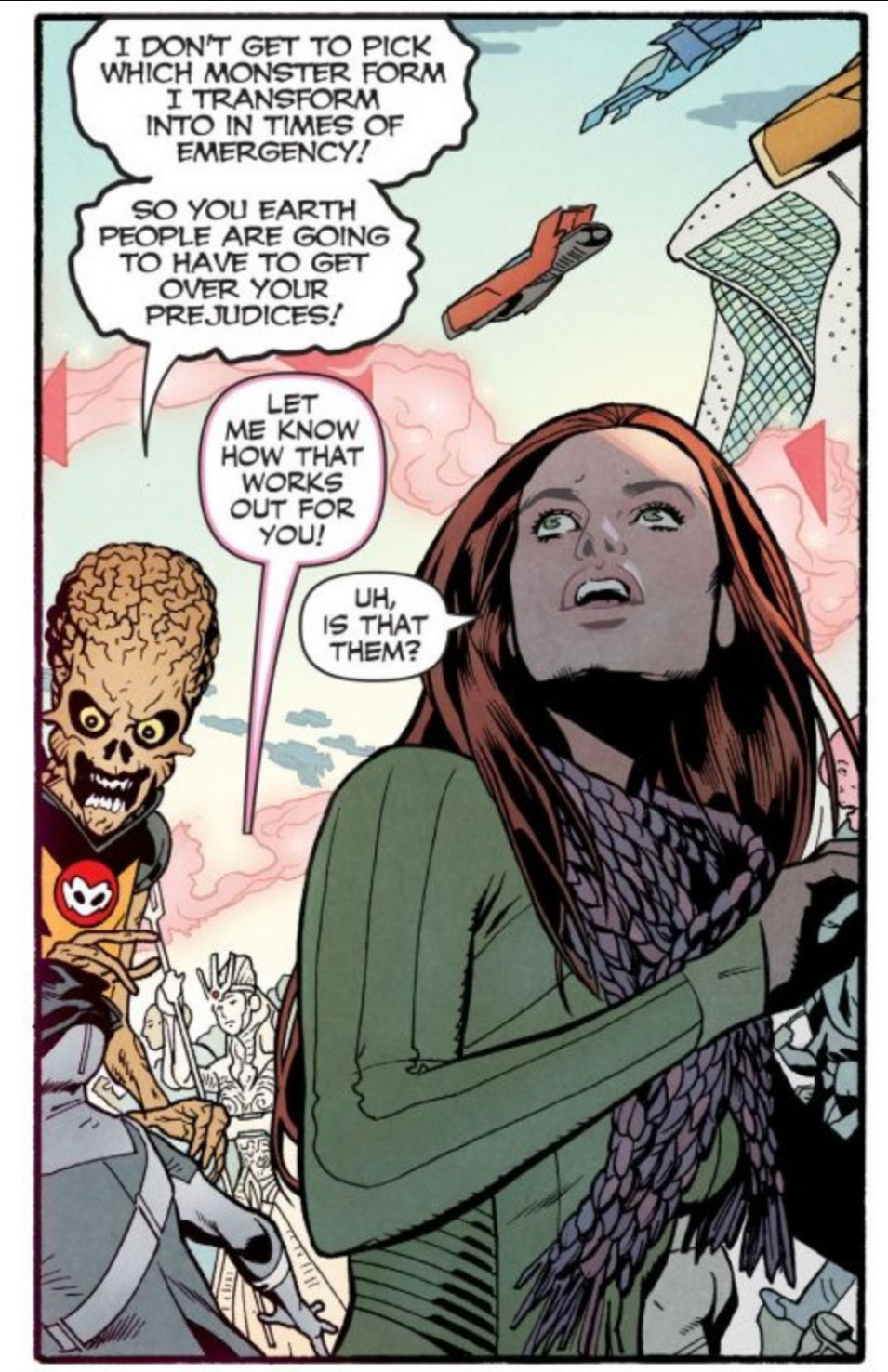 Some insight into Monster Boy’s powers. Wonder what exactly the definition of “monster” is, for these purposes? Is it literally Universal Pictures Monsters or is there some other meta in-universe explanation? That’ll be fun to get to know.

We learn in this issue that Gold Lantern has a cool origin story, though we don’t learn what it is. From this, we find out that his power involves energy transmutation. Interesting!

Also, despite the cover promising insights into Monster Boy, Gold Lantern, and the new Dr. Fate, I don’t believe we actually get any Fate in this issue. 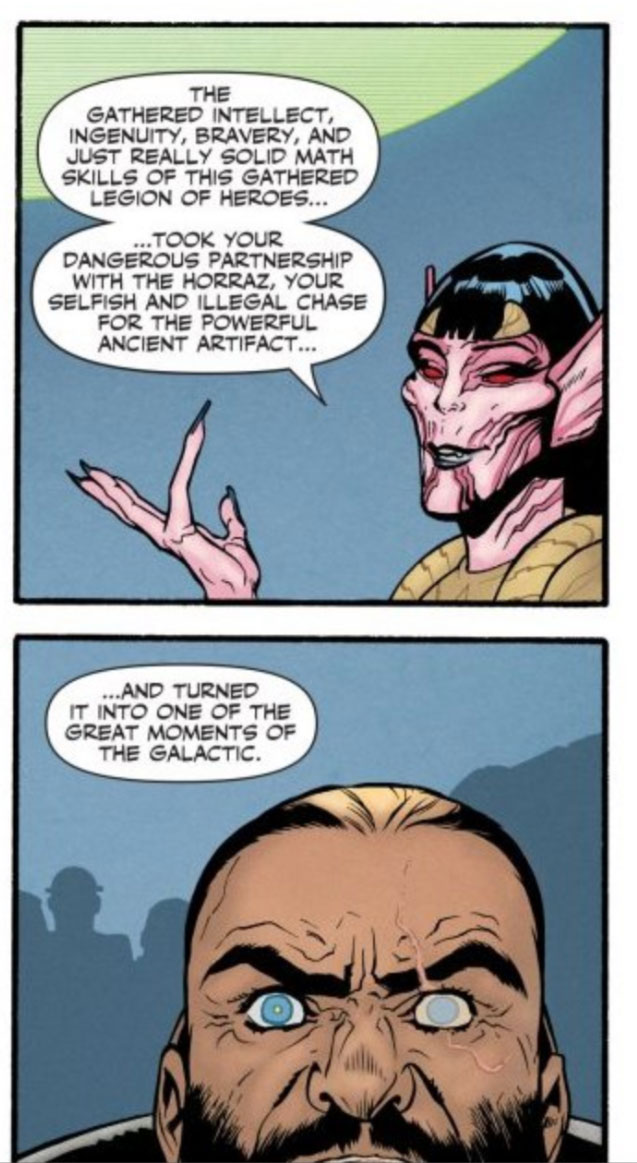 President Brande now in friendly, pro-Legion mode. I actually genuinely like this twist on R.J. Brande and the ongoing questions about what her plans are and how the Legion fits into them.

That about wraps it up for this issue! Well worth a look for the amazing art and battle scenes, even if the issue is a tad plot-light. But sometimes that’s good, you know?

God, this issue… Bendis is getting as verbose in Interlac as he is in English. Some day we’re going to get an entire issue in Interlac. Here goes… 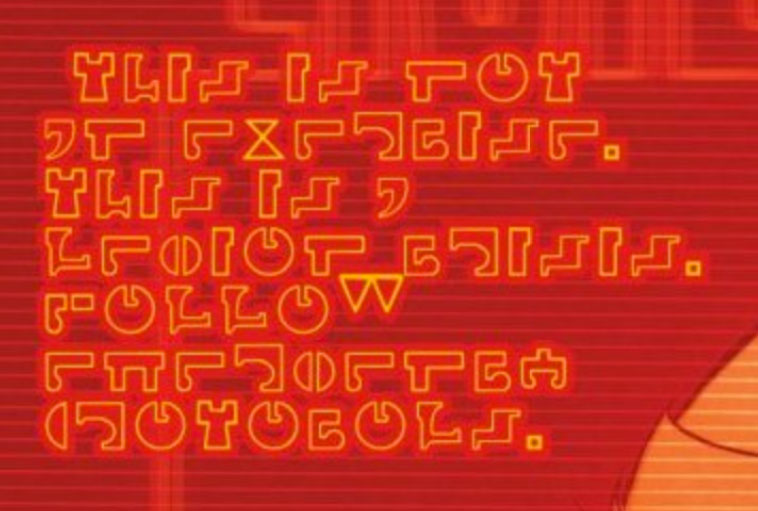 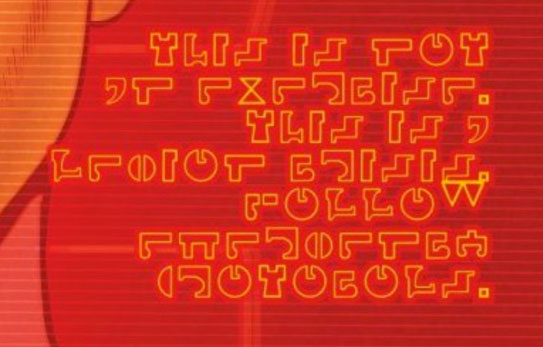 Same as the first above, 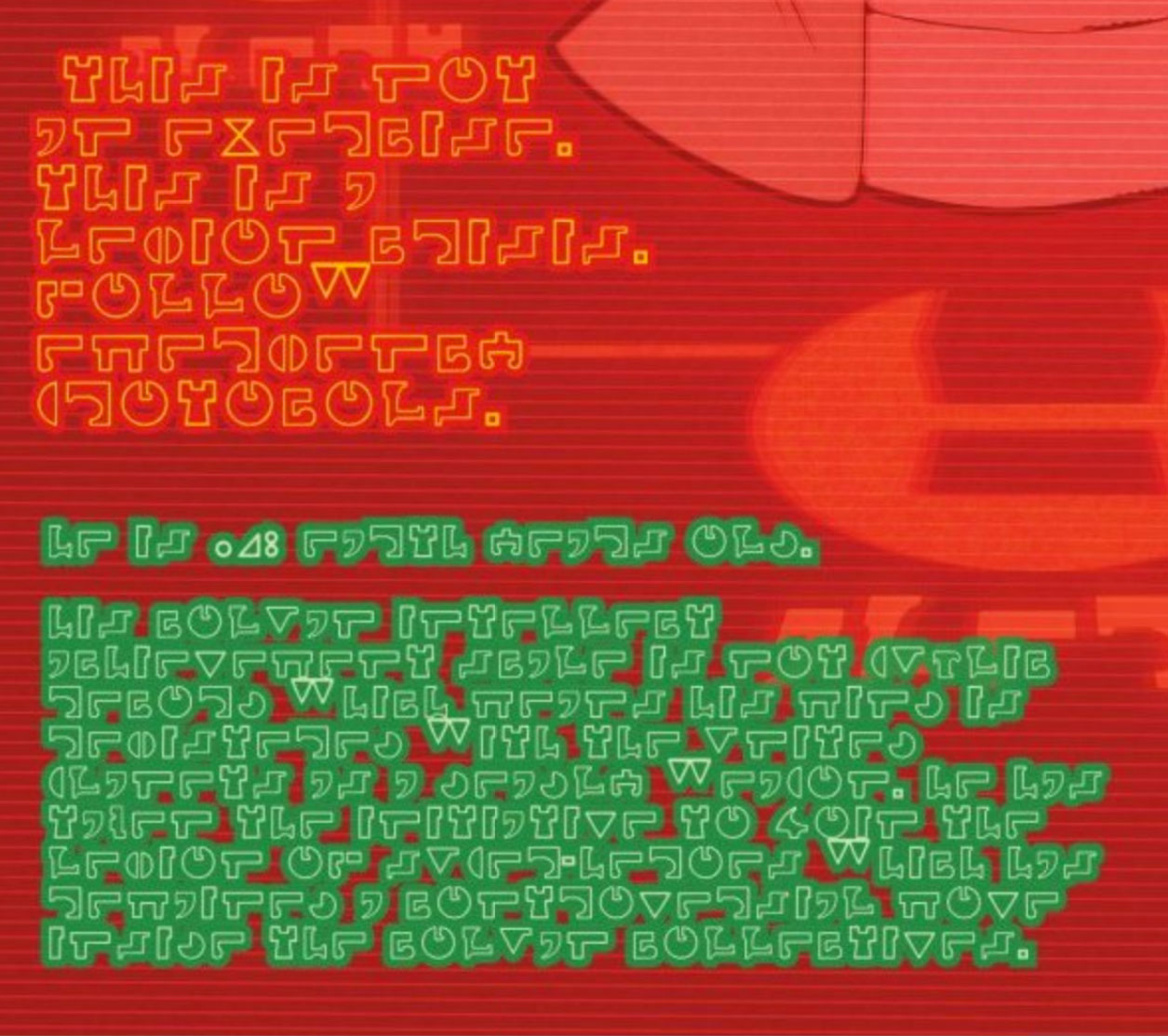 His Coluan intellect achievement scale is not public record which means his mind is registered with the United Planets as a deadly weapon. He has taken the initiative to join the Legion of Super-Heroes which has remained a controversial move inside the Coluan collectives.

So this is a fun Rosetta Stone thing! Obviously all three of these text boxes say the same thing, Evacuate Earth immediately!

In three languages, English, Interlac, and… the mysterious third language we’ve seen a few other places in this series. Based on the number and repetition of letters, the third language is a simple substitution cypher, just like Interlac. This panel gives us 13 of the language’s letters, including four vowels and the letter Y.

12 You can read about the Horraz lifestyle on their Wayne memexe. Roaming rates may apply. Void where prohibited.