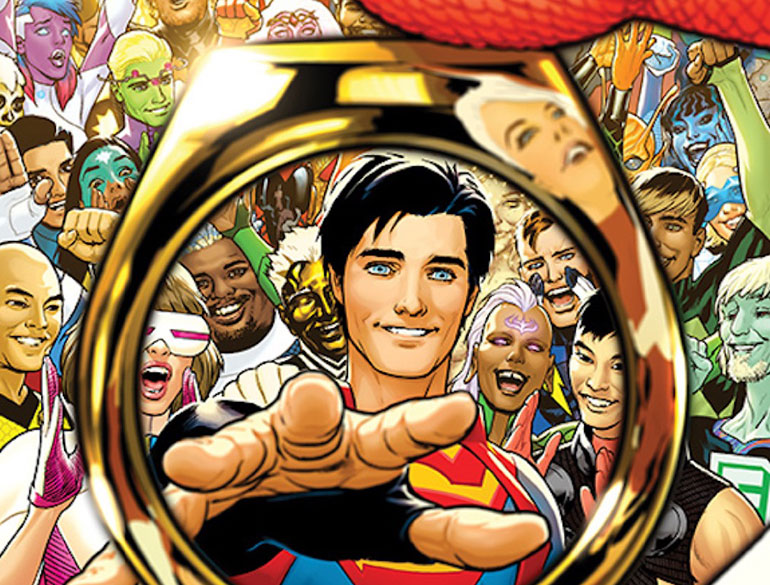 Legion of Super-Heroes is the first comic I ever gave up on.

It was 2011 and I had only started reading super-hero comics a couple years prior. The first comic I bought in single-issue floppies was Batgirl, and soon I’d expanded out into the rest of the Bat Family, then Batman, then Superman, and eventually I was reading most of the books DC was putting out.

The teams were especially complicated, because they often had long and complex histories. But I really wanted to try out Legion of Super-Heroes. A superhero team in the future! Having space adventures! What wasn’t to like? Besides, it had just been rebooted so I figured I had an easy jump-on point.

Reader, I did not. 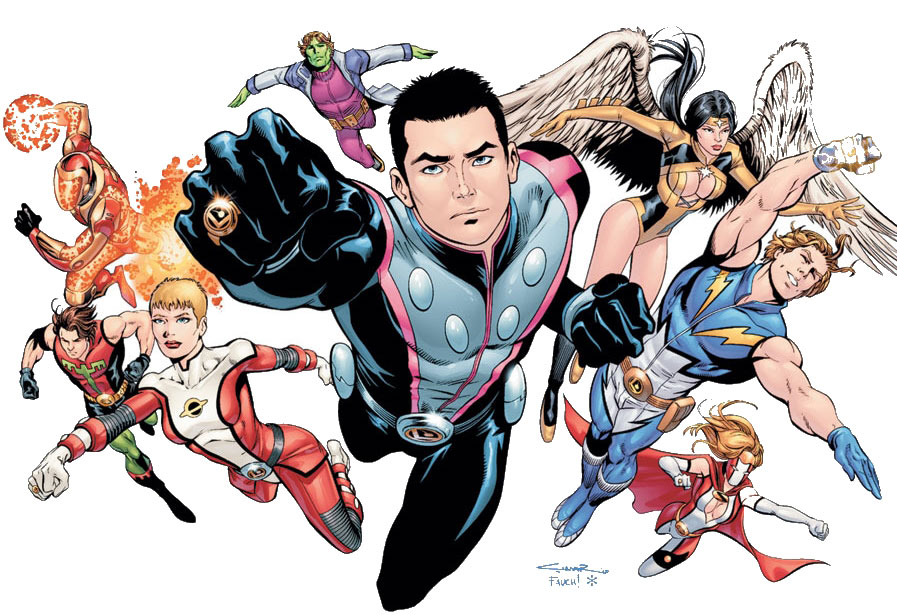 I hunted for all the back issues of the 2010 Legion series. Then I discovered that I needed to also be reading Adventure Comics. Then I discovered that Adventure had just been renumbered, and I needed not only issues #1-12 but also issue #516 onward (Adventure #516, naturally, coming immediately after Adventure #12). But eventually I collected all the recently-published Legion adventures and sat down in my comics reading chair, excited to delve into a whole new universe. 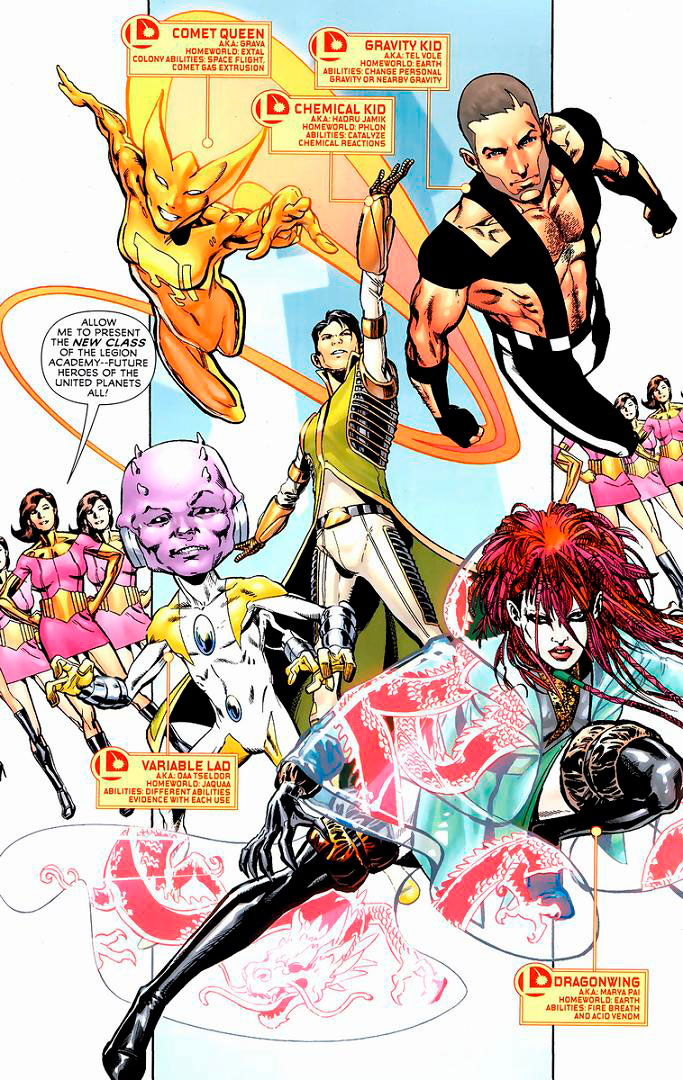 I pushed forward, buying new issues, hoping that if I just brute forced it eventually it would all start making sense. It never did.

Eventually I was reading an issue of Adventure on the subway home from work when I had an epiphany: I had no idea who any of these characters were, nor what they were doing, nor why they were doing it, nor who they were doing it to. I finished the comic, reading but not absorbing the dialog, and admiring the pretty art. Then the next day I went to my shop and took it off my pull list. 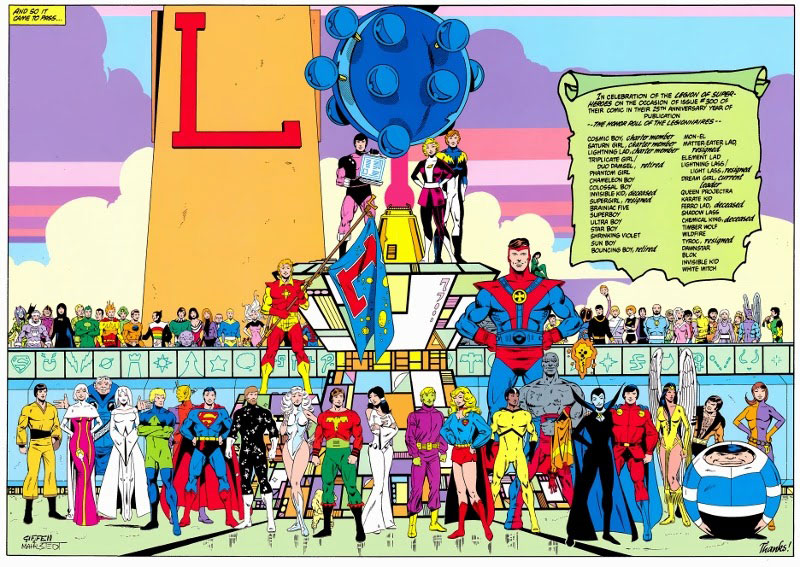 I’ll leave the details of my conversion from Legion skeptic to Legion superfan for later columns. But please know that, if you feel confused, intimidated, frightened, or annoyed by the tangled web that is Legion continuity, you are absolutely not alone. 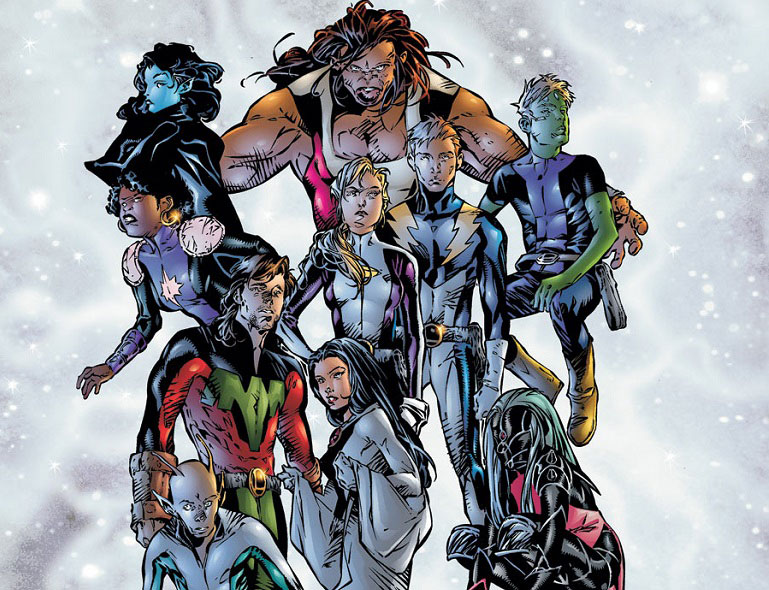 It was also a major contributor to the advent of fan culture, with fans connecting via newsletters and emerging from the same millieu that produced Star Trek fandom. And many of those fans went on to become important Legion creators in their own right (indeed, one of those fans-turned-creators went on to run Marvel Comics, while another went on to run DC). Most importantly, the Legion of Super-Heroes have produced countless entertaining, meaningful, inspiring, and deeply satisfying comics.

So, what is this column? Taking inspiration from Jay & Miles X-Plain the X-Men, it’s a complete read-through of the Legion of Super-Heroes, from the Silver Age through the present. It won’t necessarily be an issue-by-issue breakdown, but it will discuss both broad strokes and significant issues and moments in chronological order. It’ll bring in humor, analysis, history (both comics and real-world), and my perspective as a (relatively) young, queer, female comic book fan.

Hopefully, it’ll inspire you to read along with me and experience (or re-experience) with fresh eyes the adventures of one of the most interesting super hero teams the Big Two has ever produced. And maybe it’ll help make a Legion fan of you! 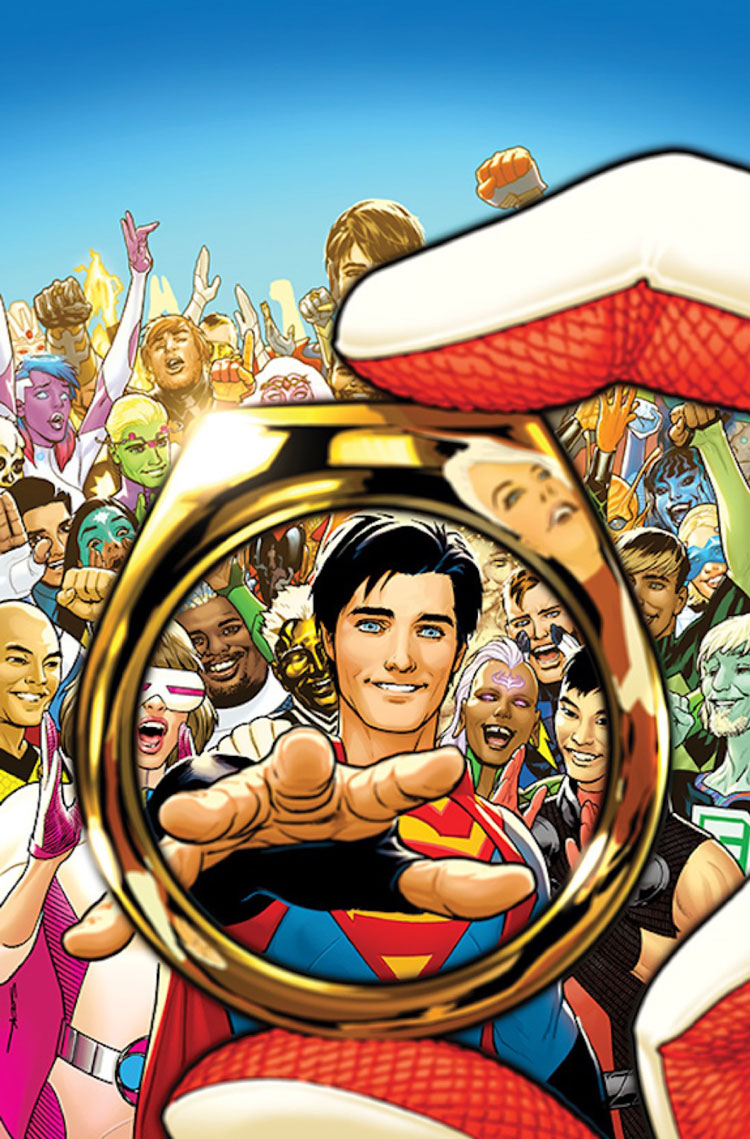 The good news is, there’s never been a better time to get into the Legion of Super-Heroes. For starters, after being on extended hiatus there’s a new Legion of Super-Heroes comic launching this fall from Brian Michael Bendis and Ryan Sook. The new series won’t necessarily be the focus of this column, but it’s likely to come up, in passing, and I’ll certainly be sharing my own thoughts on the series.

More significantly, though, for the first time ever a substantial percentage of all the Legion of Super-Heroes comics ever published are readily available for you to read right now. DC’s been putting out some nice trade editions that span all eras of the Legion’s history, and I’ll recommend volumes as they become relevant. 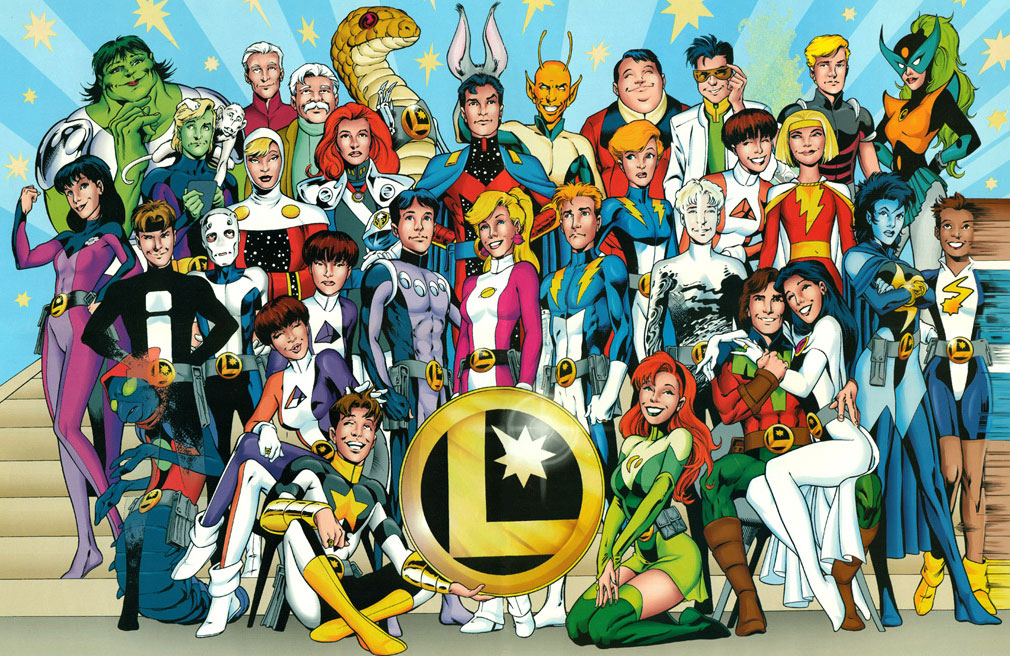 But beyond that, a huge number of Legion comics are available in digital, either a la carte on Comixology, Google Books, or similar services, or in all-you-can-eat buffet form on the DC Universe service. I’ll get into specifics next week, but for now I’ll leave it that you can currently get instant access to nearly every Legion of Super-Heroes comic from the Bronze Age to the present.