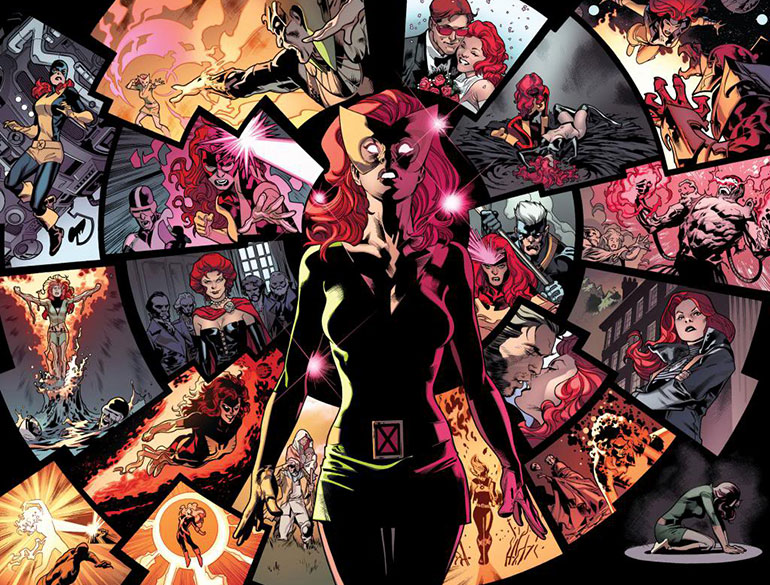 Back in July, our dear senior editor Matt Santori spoke about the recent changes to major characters in DC and Marvel comics. A woman shall wield Mjölnir and be known as Thor. The first African American superhero Falcon will be succeeding Steve Rogers as Captain America. The mantle of Ms. Marvel now belongs to a Pakistani-American Muslim teenager (while the original has been promoted to Captain Marvel). And the New 52 versions of Wally West and the Power Girl of Earth 0 will both be of African American descent.

This is an unprecedented era in comic book publishing as the backgrounds of some of the industry’s most iconic characters are more diverse than ever before. As such, Santori made a compelling argument that Iron Man should come out as a gay man. This prompted me to recall my own argument I made on queering iconic characters from the major publishing houses, using Superman and Steve Rogers’s Captain America as examples. That’s when I notice a double-edged sword to this concept.

While the LGBT acronym represents a socio-political unification of sexual orientation and gender issues, the lived reality is that LGBT representation in media is often restricted to the depiction of white cisgender gay men and, to a lesser extent, white cisgender lesbians. Case in point: aside from Northstar, Renee Montoya, and Mystique, the most prominent “LGBT” characters — Batwoman, Green Lantern Alan Scott, Apollo, Midnighter, Wiccan, Hulking, and [Ultimate] Colossus—are white, cis, and gay or lesbian.

This bias in media reflects the real-life biases that have plagued the LGBT civil rights movement in America, where the influence of LGBT people of color (and especially bisexual and transgender individuals) have been erased. While I agree with the idea that Iron Man’s coming out would be a brilliant move, the only consequence I can see is that he would be yet another white cis gay man to add to the roster of heavy hitters.

As is the case in most mediums, transgender people are among the least likely group to receive proper representation. As I have mentioned previously, there are only a handful of exclusively human and explicitly trans-identified characters in comic books, many of whom are not currently in print. If DC and Marvel Entertainment wanted to make sure to be fully trans-inclusive in their depictions of diversity, what iconic characters should be taken into consideration for “trans-modification?” 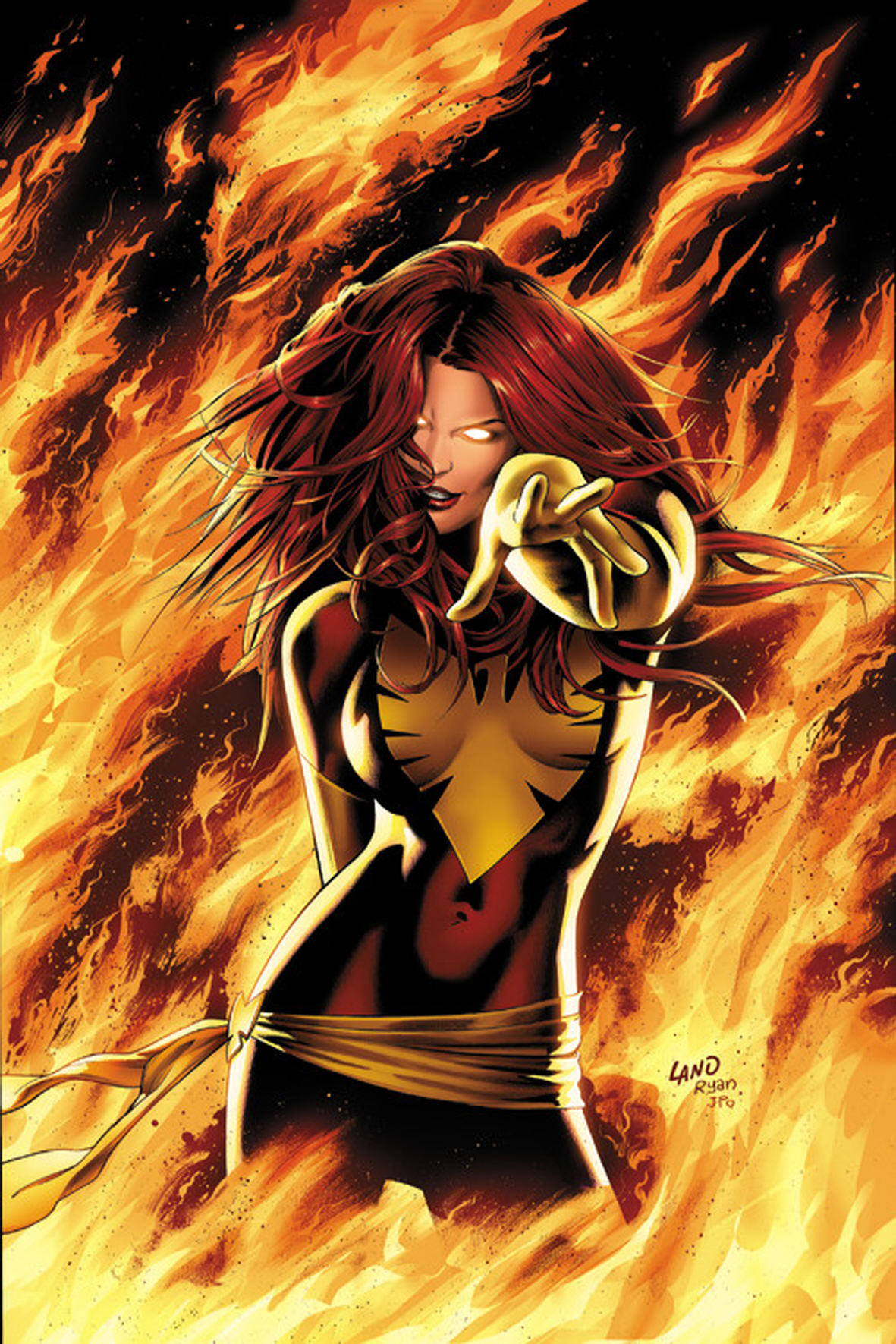 Yes, I know—if Jean Grey were to come out as trans we would just barley be altering the queer status quo of a white cis lesbian to a white trans woman. However, I’ve always interpreted her as a trans allegory, and there are a multitude of reasons to consider having her come out as such.

First and foremost: everyone hates Jean Grey. Seriously, whether we’re talking about the entire Marvel Universe or readers who have kept up with the X-Men mythos for decades, there is a complete aversion — if not pathological hatred — for her character and what she represents. The lived experience for transgender people and trans women of color in particular is no different. In the past few years, we have seen greater documentation and coverage of the murder of trans women, with four taking place this past June alone.

While aversion or hated of gender variance often includes sexist, racist, and essentialist motivational factors, there is also a conservative religious [typically Christian] component which dictates that transgender people — along with the existence of homosexuality and same-sex marriage — will bring about the ruin of modern civilization. Anyone familiar with the Dark Phoenix Saga will recall, that is exactly what Jean Grey brought forth while possessed by the Phoenix Force. Choosing to engage in the concept of pleasure, the Phoenix consumed the energy of an entire star, wiping out billions of lives in the process.

Thus, if we queer the text and reinterpret the Phoenix Force as the anomaly of gender variance, we can see a parallel in the perceived (albeit false) threat trans individuals present in a cissexist society. Just as the inherent distrust of Jean Grey is not limited to ordinary humans and extraterrestrial races, but evident even amongst her fellow mutants, so too is transphobia and trans-exclusionary practices self-evident among cis gay men, lesbians, and bisexual people.

While many in the Marvel Universe called for the execution of Jean Grey, those closest to her begged her to attempt to suppress the Phoenix Force within. However, doing so would have been a matter of extreme psychological strain. The Supergirls: Fashion, Feminism, Fantasy, and the History of Comic Book Heroines (2013) documents: “Dark Phoenix’s struggles were a parable for the late 70’s, where the hedonistic search for pleasure and gratification led to addiction, and ultimately death. The glamour of Studio 54 and the wild delights of the nightlife were dimmed in the early 80’s, when the first reports of “gay cancer” that would become AIDS began to surface. Many felt that it was atonement for the bacchanalia of the 70’s. Phoenix too had to atone for the genocide that she had committed in her quest for pleasure.”

Knowing that she can never control the limitless hunger of the cosmic entity that lives in her body, stating “I’d have to stay in complete control of myself every second of every day for the rest of my immortal life,” she opts for suicide instead. Her sacrifice subsequently alters her narrative from harbinger of death to Christ figure. X-Men and Philosophy: Astonishing Insight and Uncanny Argument in the Mutant X-Verse (2009) comments: “Altruistic suicide may seem like the easiest type to defend in ethical terms, but it matters how we defend it. While virtue ethics would not approve of suicide in general, it would probably make an exception for altruistic suicide, because it is what we image the virtuous person doing, at least when there are no alternatives.” 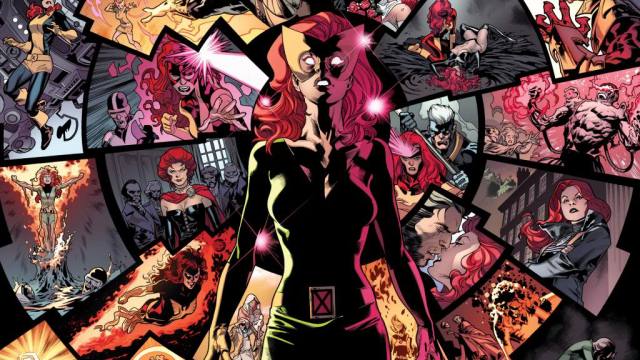 For trans individuals, untimely death may seem like an inevitability where our very existence is met with alienation, harassment, assault, and murder. In the continuity of Marvel NOW!, the young time-displaced Jean Grey is psychically aware of her entire timeline. Like many transgender people today, she is conscious of the threat she is perceived as by the rest of the world and the potential consequences of her continued existence.

For the individual unable to cope with gender dysphoria and the aforementioned traumas that society imposes, suicide may seem like the only escape — and, as with the Jean Grey of the Dark Phoenix Saga — a final moment of agency. Thus, if we take into account the publication history of Jean Grey and the history of transphobia, would it truly be out of the realm of reason to discover that she was assigned male at birth? 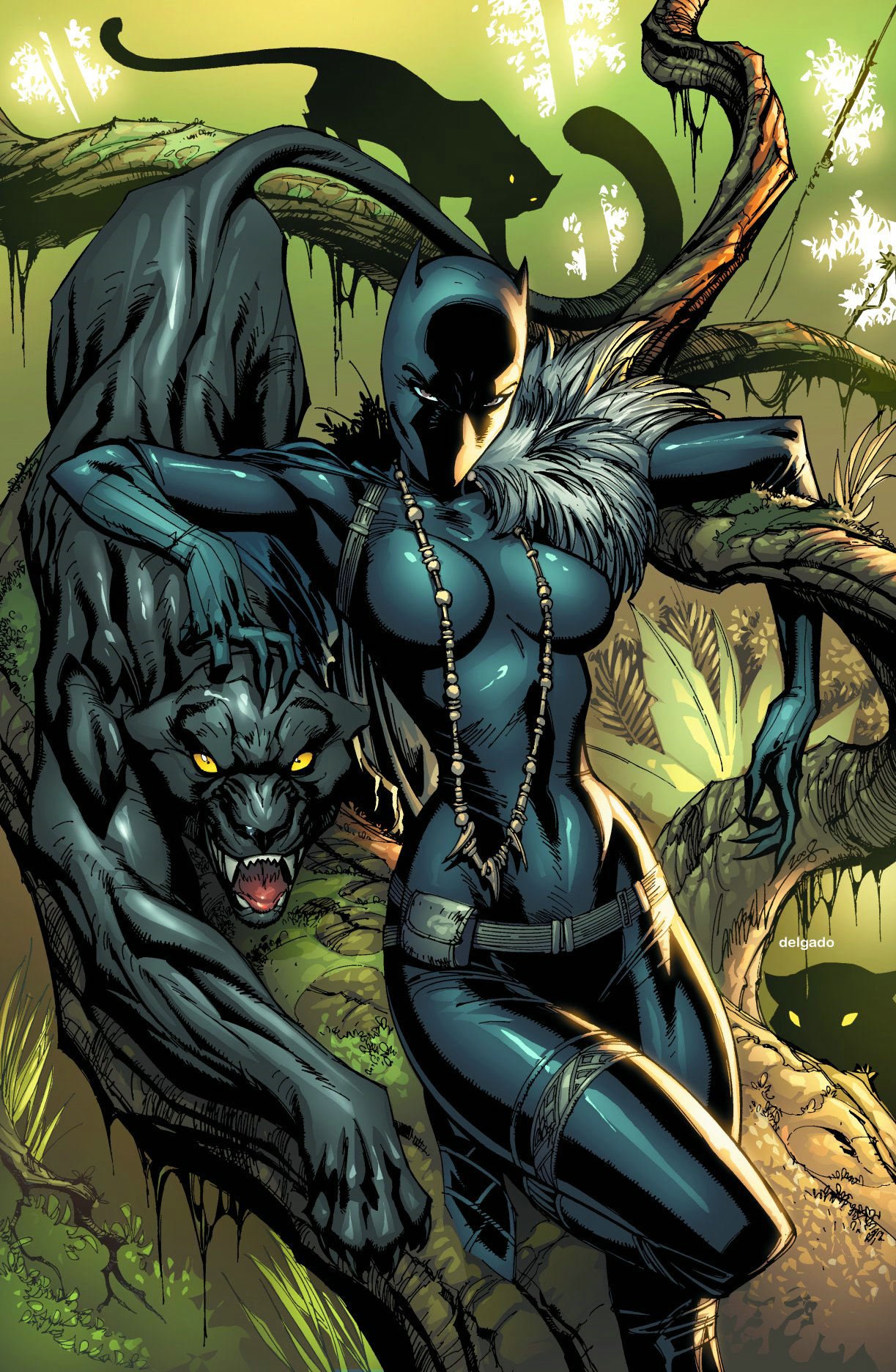 Shuri is the younger sister of T’Challa, who succeeded him as both Black Panther and the ruler of the African nation of Wakanda. Shuri’s character has often been depicted as being in conflict with her tribes patriarchal traditions, having been ignored in the past whenever expressing desire to earn the right to become the Black Panther and rule Wakanda in place of T’Challa. In fact, the Panther God originally denied her the opportunity to become the Black Panther due to her covetousness of her brother’s birthright.

While such a narrative is perfectly reasonable for any cisnormative woman, what if Marvel were to add another dimension to Shuri — that although assigned female at birth, ‘she’ is actually male in nature, and his covetousness is not solely for the birthright of the throne nor the Panther mantle, but the privilege of manhood his body has long denied him? 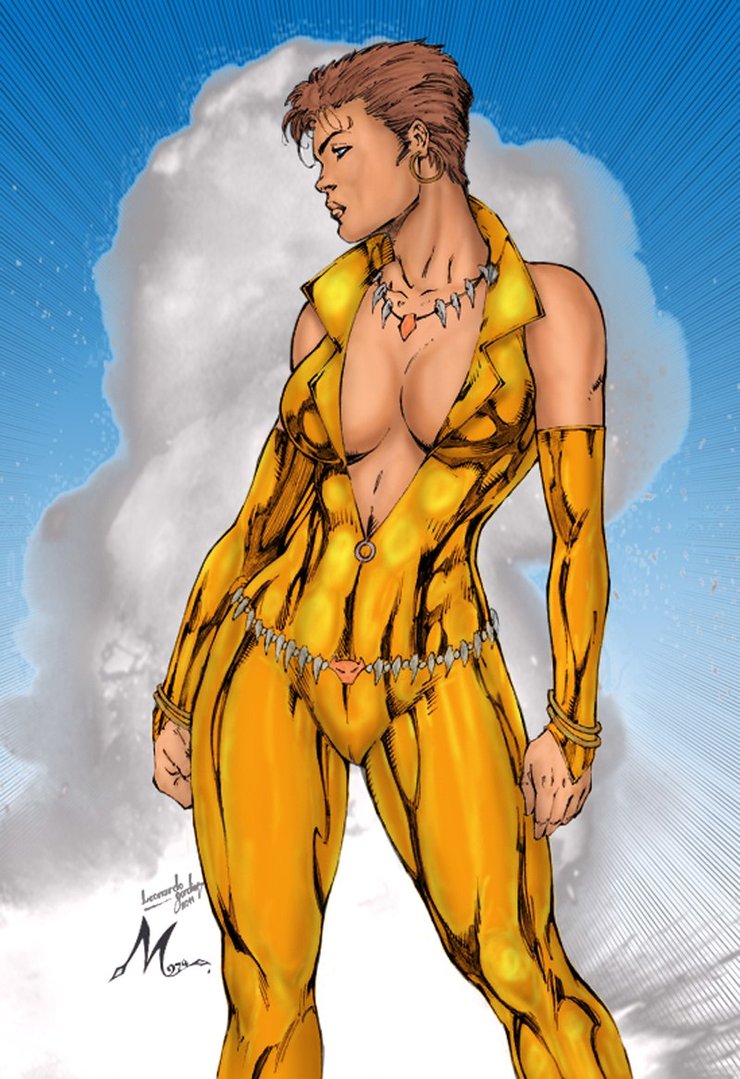 Born Mari Jiwe McCabe, Vixen — like Shuri — is an African native who possesses a mystical totem created by the trickster god Anansi and bequeathed to her by her uncle. As Vixen, she uses the totem to channel the capabilities of any animal on Earth. While maintaining that the character is assigned female at birth, I would recreate ‘her’ as a non-binary individual in one of two ways: the first being that regardless of their birth sex, they would identify as having no gender—neither identifying as man nor woman (note: some non-binary individuals in the English speaking world choose to be addressed using the singular ‘they’ as personal pronouns).

Alternatively, they would be written as a gender-fluid individual, whose sense of gender is not exclusive to being male or female. Additionally, through the power of their totem, they could conceivably tap into the biological capabilities of certain species to alter their anatomy as they please. This would be a welcome dynamic to explore as non-binary trans people often experience difficulty presenting their gender socially. Transgender Identities: Towards a Social Analysis of Gender Diversity (2010) observes that “[t]he policing of gender in mainstream public spaces… not only contributes towards maintaining and reinforcing polarized gender presentations in every-day life, but also demonstrate that crossing the sex and gender borders constitutes a threat to some people. Everyday life for the transsexual person, and in particular the non-binary identified person, remains highly problematic.”

Those are my top three considerations for trans-modifying iconic characters. I took to Twitter to ask trans readers who they would consider coming out as transgender. Responses included Catwoman, Cassandra Cain, and most frequently, Wonder Woman.

If you’d like to continue to conversation, use the hashtag #TransModify and be sure to tweet my handle @jskylerinc.