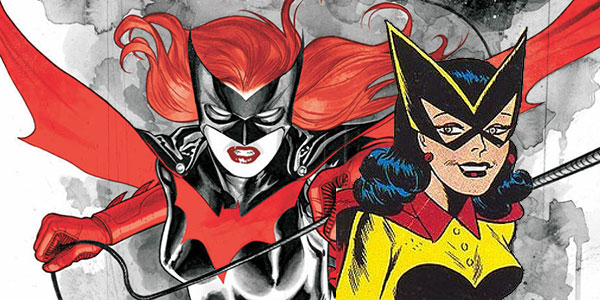 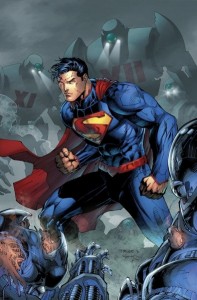 As the decades have worn on, the comic book industry has made a conscious effort to focus on diversity by creating, reinventing and promoting characters that defy what is considered normative. Popular fiction often represents the general mind-frame of the time in which it is written and the comic book industry is a prime example of social convention. The majority of the world’s most iconic superheroes from major publishers such as DC Comics and Marvel Comics remain the product of the early 20th century homogenous, and ultimately xenophobic, American status quo. Characters like Batman, Aquaman, Spider-Man, Captain America, Daredevil, Iron Man, and even Superman — a literal alien being from a long-dead distant planet — all reflect the privilege of the middle to upper class white male. Likewise, Wonder Woman, as the world’s most prominent female fictional character, can be seen as a metaphorical threat to the male-dominated comic book industry, being born of an ancient (and once again Euro-centric) Greek mythology sent to “Man’s World” as the diplomatic representative of a “foreign” culture that is barely tolerated and habitually exploited. In the midst of such limited representation, the Lesbian, Gay, Bisexual and Transgender (LGBT) community has been mostly absent for the bulk of the last century. However, as civil rights movements concerning ethnic minorities, gender and sexual orientation have taken hold of public consciousness, so too has the comic book industry evolved.

Prior to 1973, homosexuality was deemed a mental disorder by the American Psychiatric Association (APA). Being identified as a homosexual during that time period was the equivalent of being labeled a sociopath or deviant. To be “out” at such a time was guaranteed to ruin one’s life, as the discovery of one’s sexuality could lead to becoming blackballed in the workforce, incarceration or involuntary psychiatric commitment. In Our Sexuality (2010), authors Robert Crooks and Karla Baur document that “[t]he medical and psychological professionals have used drastic treatments in attempting to cure the ‘illness’ of homosexuality. Surgical procedures such as castration were performed in the 1800s. As of late 1951, lobotomy (surgery that severs nerve fibers in the frontal lobe of the brain) was performed as a cure for homosexuality.” The 1950s ushered in the first civil rights movement concerning sexual orientation, known as the Homophile Movement (the suffix ‘-phile’ means “love,” thus homophile means “love of one’s own sex”). Such activism was limited by the fact that it was primarily covert, as many could not publicly act on behalf of the community for fear of persecution, but it was nonetheless significant in laying the foundation for future public and confrontational activism. The Social Movements Reader: Cases and Concepts (2009) observes that homophile activists sought to educate medical professionals about homosexuality, who would in turn educate their colleagues and work to change medical and legal policies concerning sexual orientation and gender identity. Marc Stein notes in Rethinking the Gay and Lesbian Movement (2012) that “homophile activism receives credit for the rising gay and lesbian expectations that seemed threatened by the election of U.S. President Richard Nixon and the escalation of local, state, and national repression in the month leading up to the [Stonewall] riots.” 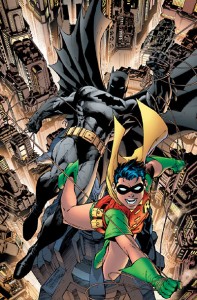 In 1954, while homophile activists worked tirelessly to reform the opinions of the medical community on the subject of sexual orientation, psychiatrist Fredric Wertham published the now infamous Seduction of the Innocent, denouncing comic books as a type of gateway drug to sexual deviance and violent criminal behavior. He cited the relationship between Batman and Robin, as well as the depictions of female characters like Wonder Woman as encouraging a homoerotic, violent fantasy. Thus, while homophile activists quietly worked to reshape the perceptions of medical professionals, Wertham publicly engulfed the nation in a fit of hysteria, which led to parents, clergy and politicians alike to participate in book burnings. According to the Encyclopedia of Comic Books and Graphic Novels (2010), “in the face of mounting threats of censorship from the government, the Comics Magazine Association of America opted for self-censorship, resulting in the drafting of the Comics Code in 1954 and the establishment of the Comics Code Authority to implement it.” Lesbian, gay, bisexual and transgender characters were not only invisible, but actively and aggressively banned from print in mainstream publication. DC Comics introduced one dimensional characters such as Batwoman and her niece Bat-Girl for the express purpose of assuring readers that Batman and Robin were heterosexual, making it a bit ironic that their advances were rebuffed at every turn.

Following the declassification of homosexuality as a mental disorder in 1973, “gay” had replaced homophile as the proper synonym for homosexuality and the Gay Liberation Movement took public view, adopting “the more radical discourse of the black, youth, and women’s liberation movements of the day,” according to Politics of Masculinities: Men in Movements (1997) by Michael A. Messner. Unfortunately, Gay Liberation remained primarily androcentric. Christopher Hart wrote in Critical Discourse Studies in Context and Cognition (2011) that “lesbians in both the UK and the US had announced the need to split off from a gay liberation movement which they increasingly saw as reproducing male privilege and oppression, and as irreconcilable with the view of lesbianism as anti-patriarchal.” As feminism continued to influence Gay Liberation and Queer Theory, the movement actively began to acknowledge the erasure and invisibility suffered by bisexual and transgender men and women within the community, which led to the use of the LGBT acronym in mainstream usage today. 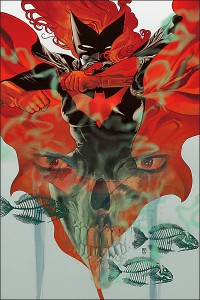 Despite social and political advances being made for gender and sexual minorities, the comic book industry continued to ban the depiction of homosexuality and same-sex relationships under the Comics Code Authority. While independently published comics (or Underground Comix) bypassed the authority of the CCA, their explicit depictions of sexuality, violence and drug use were almost exclusively adult-oriented. It was not until the late 1980s that self-identified gay characters emerged in the major publishing houses. Aside from Marvel Comics’ Northstar coming out in 1992, The Superhero Book: The Ultimate Encyclopedia Of Comic-Book Icons And Hollywood Heroes (2004) documents that, “[s]ince that time, many heroes have come out as gay, lesbian, bisexual, or transgendered: Pride in Gay Comics; Fade in Milestone’s Blood Syndicate; Hero in DC’s Superboy and the Ravers; Spectral in Malibu’s The Strangers; Josiah Power in DC’s The Power Company; Amazon in Marvel’s Thunderbolts; Flying Fox in Homage’s Astro City; Pied Piper in DC’s The Flash; Cobweb in ABC’s Tomorrow’s Stories and Jack Phantom and Jetman in ABC’s Top Ten; and perhaps the most infamous in today’s comics world, Apollo and Midnighter in Wildstorm’s The Authority.” Of course it would be only two years later in 2006 that DC Comics would unveil the modern, lesbian incarnation of Batwoman, who ranks among the world’s most visible LGBT characters and the first to star in her own ongoing, eponymous monthly title. Her recreation and characterization coincides with 21st century developments concerning LGBT civil rights, such as the overturning of Don’t Ask, Don’t Tell (DADT) and the legalization of same-sex marriage.

While the visibility of LGBT characters has definitely increased over the past four decades, they continue to be a distinct minority with limited promotion. As the saying goes, “You’ve Come a Long Way, Baby,” but it’s also true there is still a long way to go. The LGBT Visibility column features essays and reviews on LGBT characters, themes and portrayals in mainstream and independent comic books, as well as critical thinking on the socio-political factors which influence their depictions.