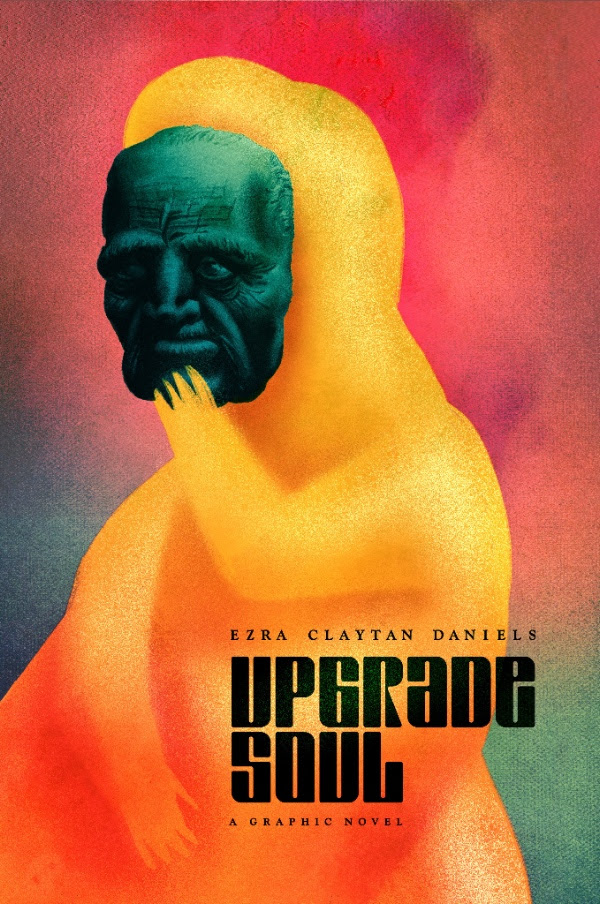 In conjunction with the 2018 Dwayne McDuffie Award for Diversity in Comics, Lion Forge announces the fall publication of Ezra Claytan Daniels’s moving work of interactive science fiction, Upgrade Soul, for which he was the recipient of the 2017 award. Lion Forge first announced this printed edition of the graphic novel at last year’s New York Comic Con, when the publication date had yet to be determined.

Upgrade Soul is the story of an elderly couple who become the guinea pigs of a visionary procedure that aims to revivify them by filtering toxins from their bodies on a molecular level. When the procedure experiences a fatal complication, the couple is faced with severely deformed, though intellectually superior, duplicates of themselves. Soon, it becomes clear that only one version of each individual can survive, and the psychological battle for dominance begins.

“The oldest Upgrade Soul file on my computer is dated May 18, 2001. That’s close to seventeen years this story has been a part of my life,” says creator Ezra Claytan Daniels. “I still can’t believe it’s finished, and I’m beyond excited for people to finally be able to read it!”

Daniels continues, “So much has happened in the world since I started this book. It almost feels meant to be that its completion has coincided with the emergence of Lion Forge 2.0. They’ve so strongly demonstrated a commitment to the ideals that are closest to my heart, and at the core of Upgrade Soul, that I can’t imagine this book anywhere else.”

“Upgrade Soul is, quite simply, one of the best comics I’ve ever read,” said Andrea Colvin, VP and Executive Editor. “It is a poignantly touching examination of love, marriage, intellect, science, ethics, and mortality; but it’s also a thrilling page-turner of a story, with myriad twists and turns, and a breathless finale. I am beyond proud to be publishing this singularly unique book.”

Upgrade Soul will be released at finer comic shops everywhere on September 5, and in bookstores on September 13, 2018.