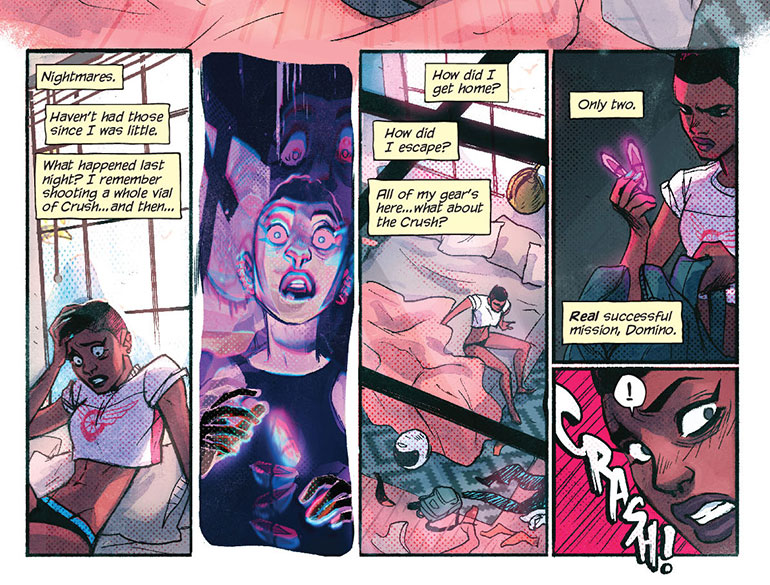 How do the pros #MakeComics? We’re here to tell you.

Comicosity is picking the brains of a pro who is killing it in the comics industry, and for this round I was lucky enough to talk to Aditya Bidikar! Aditya is the letterer on, well, tons of comics – including ISOLA, Motor Crush, Winnebago Graveyard and many, many more! They were kind enough to give us a glimpse into their creative process here: 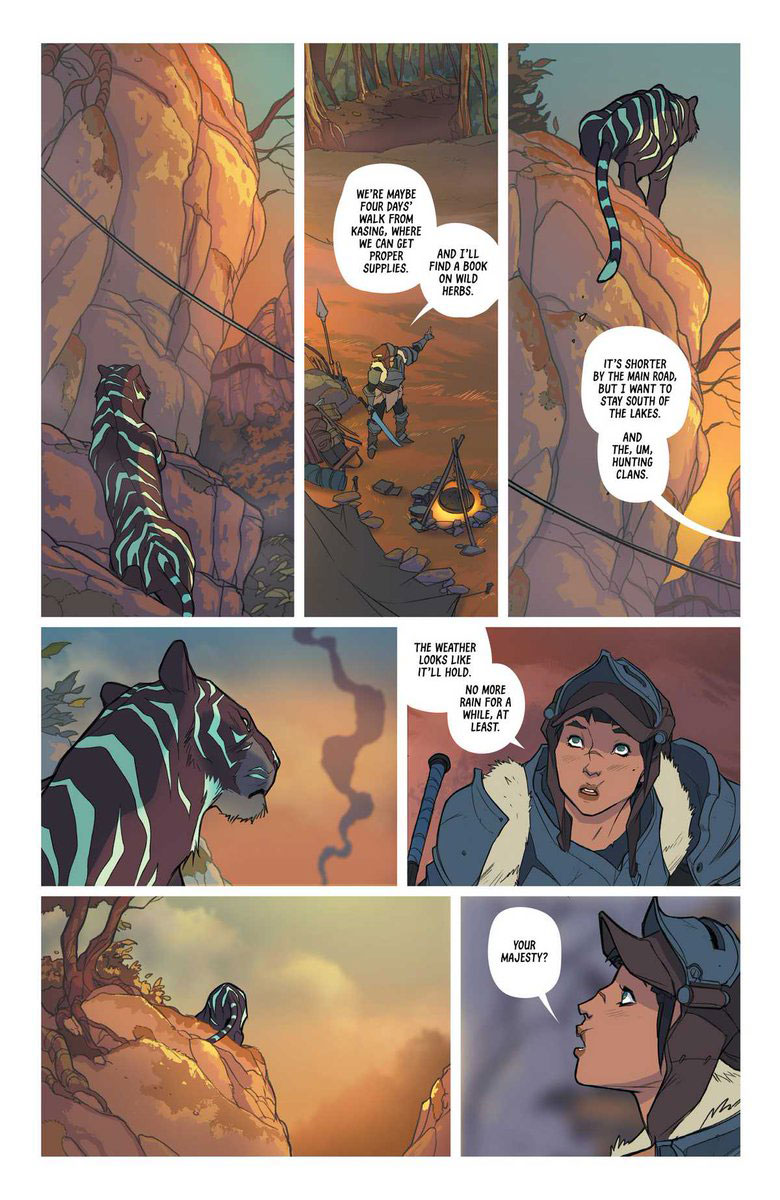 What does a typical day in the life of Aditya Bidikar look like?

I get up at noon, make myself tea and breakfast, and goof off for a couple of hours. Over the years I’ve found that it can be difficult to make time for leisure as a freelancer (particularly as a letterer, since a lot of tight deadlines fall on our shoulders to make up for), so now I make sure to get that in before anything else.

I then work in one or two shifts spread over the day, based on how much work I have. In the evening, I usually go for a run or work out, and have dinner. If I have a second shift, it’ll be after dinner.

Till last year, there were times when I’d end up working very late into the night, given that I live in India and most of my clients are in the US or the UK, and I wanted to have some realtime availability (see above-mentioned deadlines). But this wasn’t good for my health, and I’ve stopped doing that, though I still have an open slot from 11pm-1am in case anything urgent comes in.

What time of day do you do your best work?

I like afternoons, because I’m generally not getting any emails at that time, and I live on the outskirts of the city, so afternoons are very quiet round here. Plus most of the people in my real life have dayjobs, so I like to keep evenings free as far as I can.

Comics is a collaborative medium. How do you work with your teammates on your projects?

This is generally over email or Slack (for the slightly more organised ones). There tends to be a lot of back and forth at the start of a project when we’re settling on the style, so we’ll have Skype calls, but after that, the rhythm is set, and text works well enough. I have a few collaborators who are good friends, and I’m in constant touch with them, so a lot of work will happen over Messenger or Hangouts.

I’ve tried a bunch of to-do apps, and no one app fit my work perfectly, so I’ve cobbled together a very inefficient method based on Bullet Journalling and GTD that nevertheless works for me. I have an ongoing lettering projects worksheet which is colour-coded according to the next step for a particular project (work, hold, invoice etc.), then my big-picture to-do list is maintained in Things, and finally I have a text document in Folding Text (a Markdown editor that stopped being developed years ago, which tells you how sophisticated this method is) in which I have a daily checklist that I make the night before. So everyday, I type out unfinished tasks from the day before by hand and add new ones, a bit like a digital Bullet Journal.

I have tried many times to actually have a calendar schedule for the day, but it feels strangely restrictive and makes me anxious, so I’ve stopped trying to make that happen.

My main workspace consists of a MacBook Pro, an external monitor, and a Wacom Intuos Pro. I got my workdesk custom-built in two pieces so I have one desk for the computer and I can just turn my chair around and have a drawing board ready for hand-lettering, writing, inking and so on. There’s a scanner and a printer that generally only come into use when I’m hand-lettering or working on fonts.

I like keyboards a lot, and I have around ten of them, so there’s a different keyboard on the desk every few days. The rest of the office is pretty much floor-to-wall books and comics. 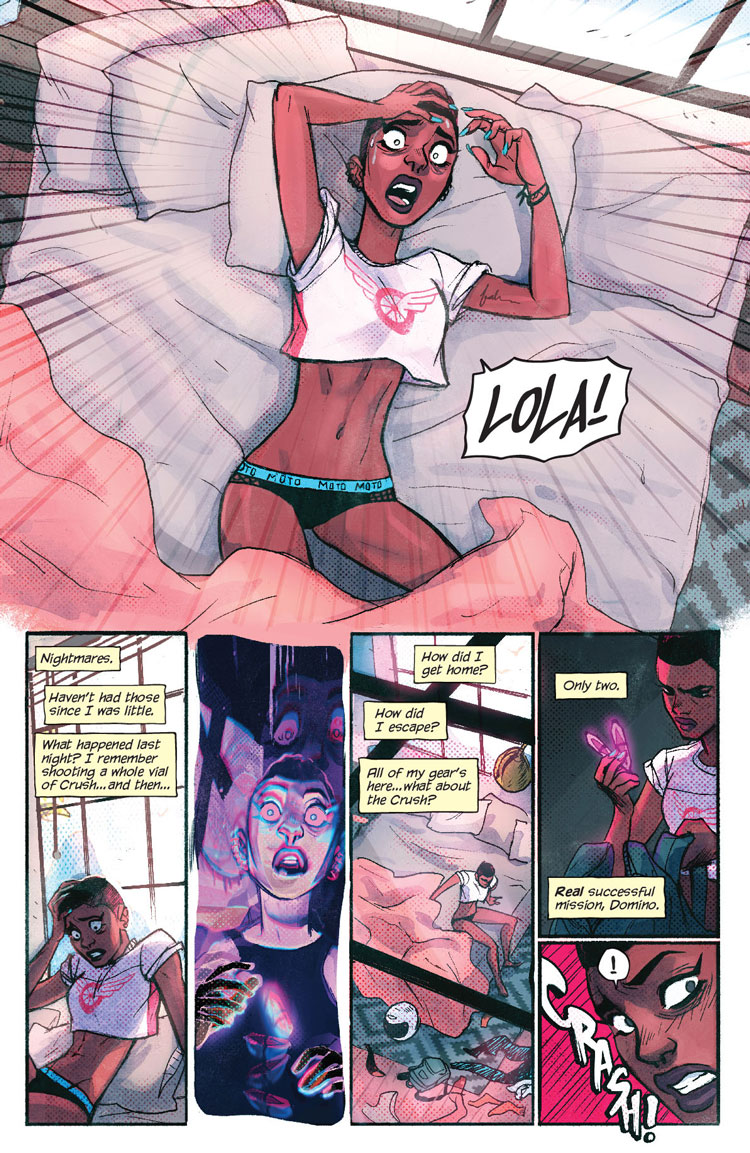 What tools are essential to your creative process?

I think my first ever level-up in lettering was when I moved from a mouse to a pen tablet, so that’s gotta be one – this is also what I use to draw sound effects and to doodle fonts when I’m feeling stuck or low on motivation.
Other than that, it has to be comics that other people have made. A lot of my more interesting choices are driven by looking at things that artists before me have done, and I want to match them or turn left where they turned right. I like having stuff to aspire to or disagree with available at arm’s length.

What do you love most about creating comics?

It has to be the collaboration. First of all, nearly everyone who makes comics is nerdy as hell about comics, so I have a community of people to chat comics with because of my work. And second, my favourite thing about comics is that two or more people can come together and create things that none of them individually could have imagined let alone accomplished.

What is your favourite phase of a project?

The lettering itself! Once all the large-scale decisions have been made and I’m actually doing the work on a panel-by-panel, page-by-page basis, and I can get into a groove. This is where I’m reading the script and actually reacting to it – laughing or gasping – and feeding that reaction into the design. If you saw me working, you’d actually see me act out a lot of dialogue or burst balloons or sound effects to try and get a feel of the emotion I need to convey.

What do you listen to or watch while you work?

Mostly podcasts – generally non-fiction, interviews or history podcasts – but I’ve recently converted from reading paper-only to audiobooks (currently making my way for a second time through the Gormenghast trilogy). 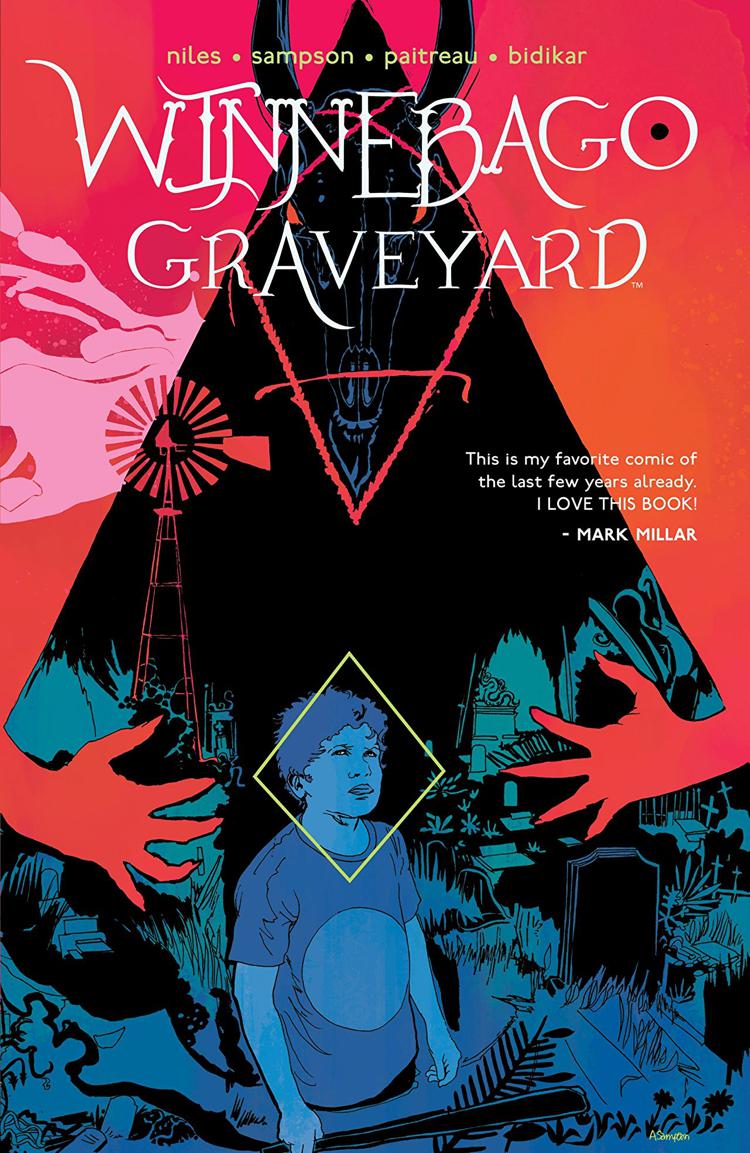 When you aren’t creating comics, how do you like to spend your time?

I spend a lot of time reading (both comics and prose), and occasionally I’ll try to pick up a new skill – calligraphy, inking. I recently started playing guitar (quite badly). I’ve also been writing stories recently – mostly prose, but some comics mixed in there.

Networking and meeting other creators is an important part of the business. What is your preferred way to network?

I simply would not have a career without Twitter, and that remains the best way to stay in touch with comics people (despite being the Hellsite, as we so lovingly call it). I also maintain a website with a working contact form so people can reach out to me, which is where most of my new clients have come from recently. Once a year, I travel to the UK to attend the ThoughtBubble convention – mainly because I want to spend at least some time with my colleagues, and I love that con, but it’s got me a few projects too, despite that not being the main purpose for my visit.

What comics are you reading right now?

My favourite comic right now is Eleanor Davis’s Tomorrow, which she’s serialising digitally before its 2020 book release. East of West and The Wicked + The Divine are probably the only comics I follow monthly. I just got caught up on Dan Watters and the Fiumara Brothers’ Lucifer, and it became an instant favourite. (I’m currently doing Coffin Bound with Dan and artist Dani, which starts serialising in August – pick it up!)

I’m currently rereading Seven Soldiers, which is an absolute favourite, and will be starting a reread of The League of Extraordinary Gentlemen since it just wrapped up.

Among webcomics, I look forward to every instalment of Hannah Templer’s CosmoKnights, which has some great art and page layouts, and to Jake Wyatt’s Necropolis (which hasn’t updated in a while, sadly).

What do you hope to see in the industry in the future?

I’d like to see a profusion of genre and content like you see in Manga. I’d like the bar of entry lowered so far that you could make a comic about any subject, and make it with a pencil on crappy notepaper and, if it’s good, still be able to make a living doing that. Comics are just words and pictures – and I’d like the industry to reflect the sheer potentiality of that.