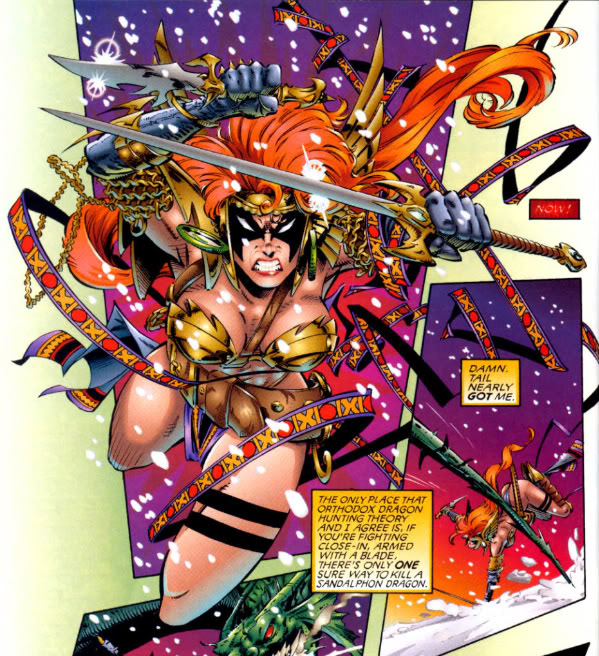 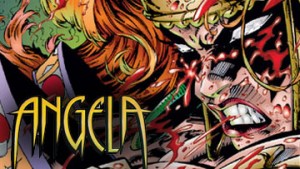 As announced this morning by The New York Times, an unexpected guest star, and an unexpected co-writer, are coming to the Marvel Universe in June. Angela, created by Neil Gaiman and Todd McFarlane, will be appearing in the concluding issue of Age of Ultron and Guardians of the Galaxy #5 which will be co-written by Gaiman. Angela is a controversial character that has been the subject of legal battles between Gaiman and McFarlane for years. In 2012 Gaiman and McFarlane came to an undisclosed settlement which it would seem gives Gaiman the rights to bring the character to the House of Ideas.

Joe Quesada and Axel Alonso had the following to say to the New York Times:

Preparing the way for Angela’s arrival has “been in the works for quite some time,” said Joe Quesada, the chief creative officer of Marvel Entertainment. “We were looking for a good entry point to tease our fans and to let them know she was going to be a major player,” he said. “Age of Ultron,” an event storyline which involves many of Marvel’s top heroes, seemed like the perfect venue. With so many big stories spoiled by the media (with the willing cooperation of the comic book companies) lately, Axel Alonso, the editor in chief of Marvel Comics, insisted the revelation of Angela’s participation did not count as a spoiler. Her presence is a bonus, “like the post-credit scenes in one of our Marvel studio movies,” Mr. Alonso said. The character’s appearance in “Age of Ultron” is designed to whet the appetite of fans for more.